michael rowald
Posts: 4
Location: Southern illinois
posted 1 year ago
So im pretty new to the swale farming technique. Were planning to do some major earth works on our farm for berry farming. We have some pretty treacherous landscape tho, rolling hills and erosion gulleys and flash flood creeks in low lying areas. We have alot of south, ssw,sse facing hillsides so they would be great for growing berries on. Were looking into doing some swales to store water for the berries that we plant on the he burms and also control the water that lands on our property to go where we want it to go, rather then eroding what ever is in its path. Since researching this as we clear the land i have done a small scale swale project in our backyard for some minor experience on how they work cuz i firmly believe in hands on experience. The swales in our back yard are maybe 2foot wide burm, 15-20ft long, and i put culverts in so they dont store so much they over flow.(i would say each swale when full to culvert "4in pvc" holds maybe 30-50gallons of water) So the run off from first swales goes down to second swale and so on. Total of 4 swales. And they have been erect since last fall so pretty solid burms now. But i have noticed down hill from them where we have moles digging around water flowing up out of ground threw their tunnels i assume. Anyone with longer term swales have experience with mole issues? Can they cause more erosion/land blowout? Or will the swales eventually drown them outta there holes and slowly backfill their tunnels in from the saturation of ground from stored water? And fyi i only see water coming outta the mole holes/tunnels when it rains alot and never when water is just being stored in swale. So i dont believe the moles have dug tunnels into my swale area, but they have been pretty darn close.

posted 1 year ago
You should see what has happened to my swales. They're also in the kraters at this point and considering how compacted the soil in most of them is that's saying something. I couldn't find a ton of really good pictures of the holes in the swales but I have a few. I have 4 swales and they are losing height like crazy they're being dug up so ferociously. On top of that this year all the pests in my permie area has attracted a very large, very damaging predator that is making just as many holes digging up the ground squirrels. I consider swales a complete failure at this point, for me at least.
IMG_20190621_090707_976.jpg
IMG_20190620_193359380.jpg 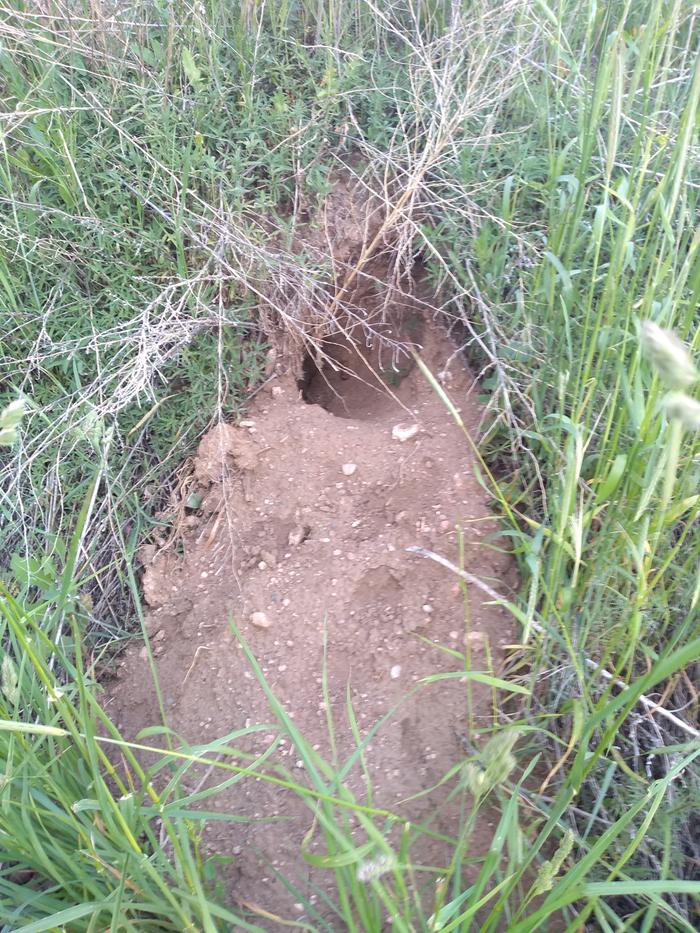 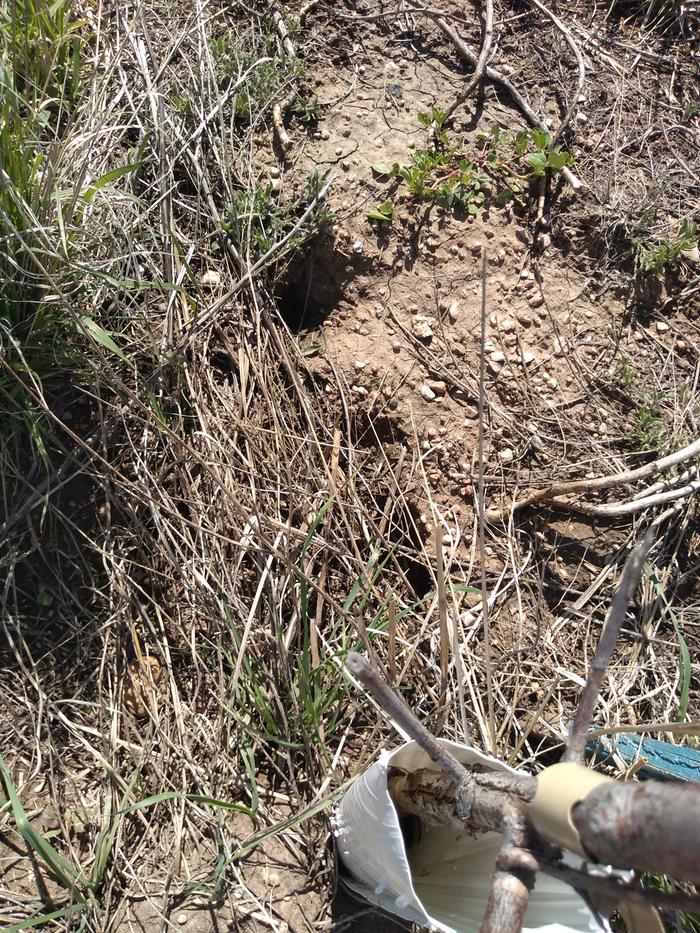 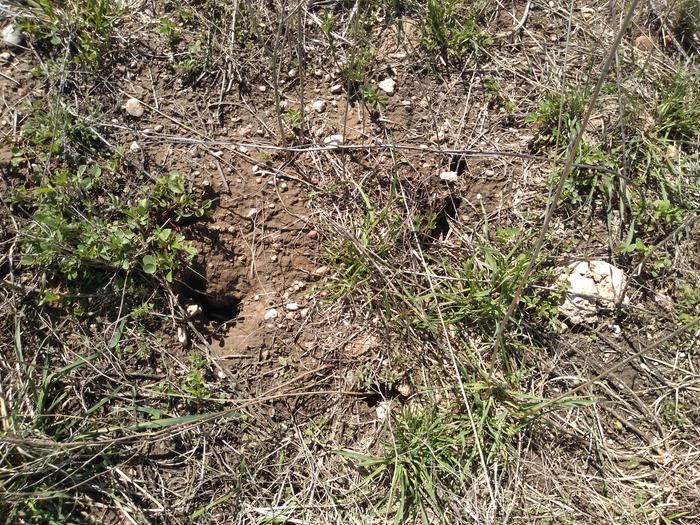 michael rowald
Posts: 4
Location: Southern illinois
posted 1 year ago
This is my "chicken coop swale project" as i call it for small scale experience with swale farming. The arrow at top left is my input to the swales basically a ditch being fed from that sheds roof behind chicken coop is filling the swales every rain. And the top two swales i have the 4in pvc culverts installed for over flow. And the third one has a shallow overflow ditch zig zaging back around to the fourth swale not seen in pic and 4th swale over flows out the other end of it and just free flows into the edge of a farm feild via another shallow overflow ditch. I just added the creek rock last month cuz of the rain we been getting eroded that output area of pvc culvert. I know its not the best setup but i have learned alot since i first broke ground on the top one haha. So its a success for me so far. just fishing for more issues that could arise that i should be watching for cuz the mole issue is kinda concerning. But like i said i havnt had any pest digging directly in my swales as they have had water in them since basically i dug them haha this spring-summer has been WET. And i would assume the moles know their is water other wise they would drown once they broke on threw to the water. What part of region do you live in? im southern illinois here. Your soil looks pretty rocky and dry . I assume that climate zones directly impact soil structure of swales hugely. But fortunatley we here have lots of clay in our soil so i assume that would be great for swale building and on the other hand we get something like 48in annual rainfall so that could negatively effect things.... but i dont really know.

i have watched every video on youtube on swales i bet, to gather info from different ppls setup and everyone has different landscapes and climates and etc... so its kinda hard to get a good grasp on all the info. Geoff lawton has some great videos on swales and is kinda more the style im going for with the swivel pipe over flows to have basically total control of your saturation rates for different times of year. But since im in the info gathering stage thats how i stumbled on this site and had to join up to hopefully learn the jedi ways of the earthworks.... lol. 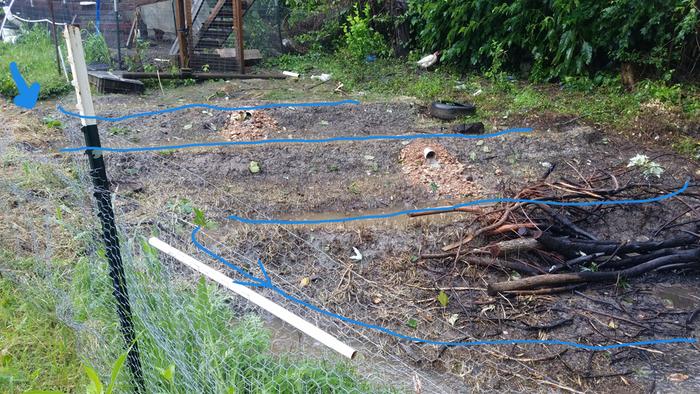 posted 1 year ago
You get A LOT of rain. I get 11" a year and usually in a few months or in snowfall. We have many, many months of nothing. As such the overflow of my swales goes down to a dam I built. I haven't done much in the form of PVC like Geoff because I just don't need it, we don't get that much rain.


The holes aren't a huge issue except when you try to grow something. They're eating everything. Any tree I had that made it through the drought is being consumed by ground animals at this point. Then the badgers coming along to dig them up causes even more issues. They really like to eat my tree roots/bark and so yeah, it's been a massive failure for me.