posted 3 years ago
My wife and I have a routine that we enjoy together, and it's pizza friday. It's not much, but it's something we look forward to at the end of each week. Back when we lived outside of Nashville, we had found a local pizza maker and those pizzas were available at local stores. Now since we've moved, I'm swearing off ever eating another frozen pizza from the grocery store, so we tried making our own. My wife found this recipe online and the link to the original is below. I'm starting this thread and sharing this recipe and what we did because it has a few things going for it: 1) it's delicious, way better than any frozen round thing labeled "pizza" that we've ever had 2) the crust doesn't need to be par-baked 3) the sauce doesn't need to be cooked. It's simple, easy to do, and most importantly, it works. If this recipe and procedure has one caveat, it's baking it on a pizza stone. Maybe it can be done just on the oven rack, but we have a pizza stone, and the recipe says to bake on one, so we did.

Instructions
In the bowl of a stand mixer, combine yeast, brown sugar, salt, water, and flour.
Knead on low until dough starts to come together. Continue kneading until the dough forms a nice, soft dough ball and the sides of the bowl are clean.
Let rise in a lightly greased bowl, covered, for 1 to 2 hours, until doubled.
Divide the dough into three equal pieces and roll out into pizza crusts.
Place crust on a tray for freezing.
Top with desired sauce, cheese, and other toppings.
Freeze.
Once solid, wrap with plastic wrap and store in the freezer. Pizzas stay good for 1 to 3 months.
To bake, preheat a pizza stone in the oven at 500 degrees. Bake until cheese is browning and bubbly, about 10 to 15 minutes.

We had to add extra flour until the dough would pull away from the sides of the mixing bowl while the mixer was on.

For the sauce, there is a link to the sauce recipe on the original web page, but here's a shortcut https://thestayathomechef.com/2-minute-homemade-pizza-sauce/

We used that recipe as a guide but here's the sauce that we made:

Instructions
1. Combine all ingredients in a small mixing bowl and stir into a thick sauce.

The sauce ingredients got to sit and get to know each other while the dough rised. We divided the dough into three sections, made cheese pizzas, and froze them in cookie sheets for 3 hours then wrapped them.

The wrapping part is where we need improvement. We used, um... plastic wrap... because it was already here. I suggested to my wife butcher paper, but we didn't have any, and I want to try that next time. Does anyone have experience wrapping things in butcher paper for freezing and have it be successful in preventing freezer burn? My wife and I aren't trying to freeze these for 6 months, but we would like to be able to spend a weekend afternoon, triple the recipe, and put up two months of frozen pizzas without them getting freezer burned or the cheese dehydrating while frozen.

We like to take a basic cheese pizza and add fresh toppings just prior to baking. It works out well for us. 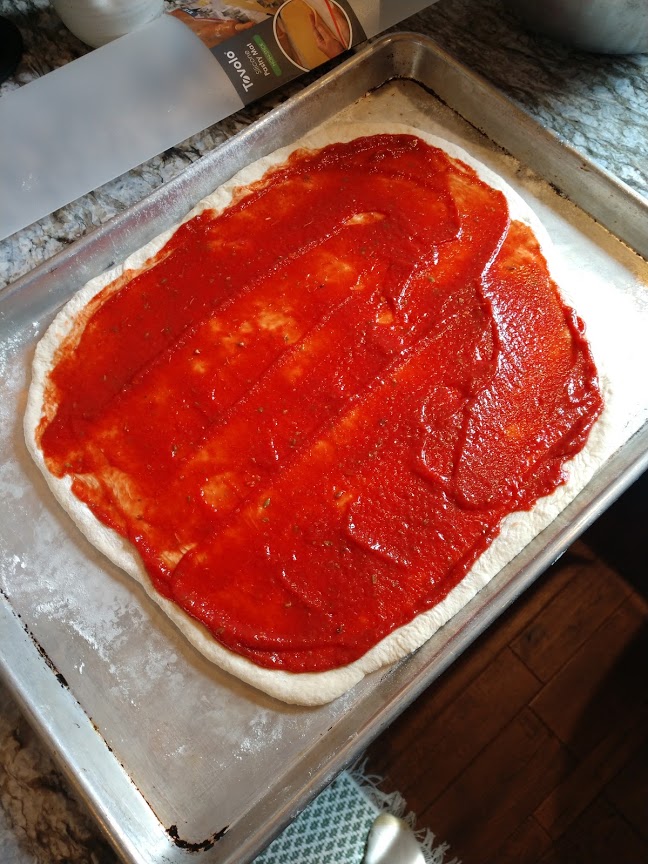 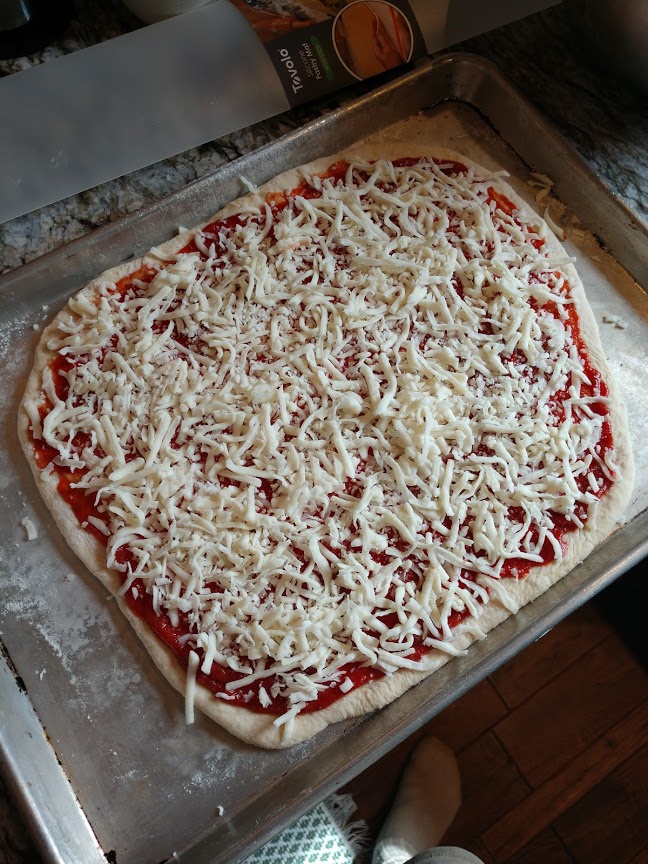 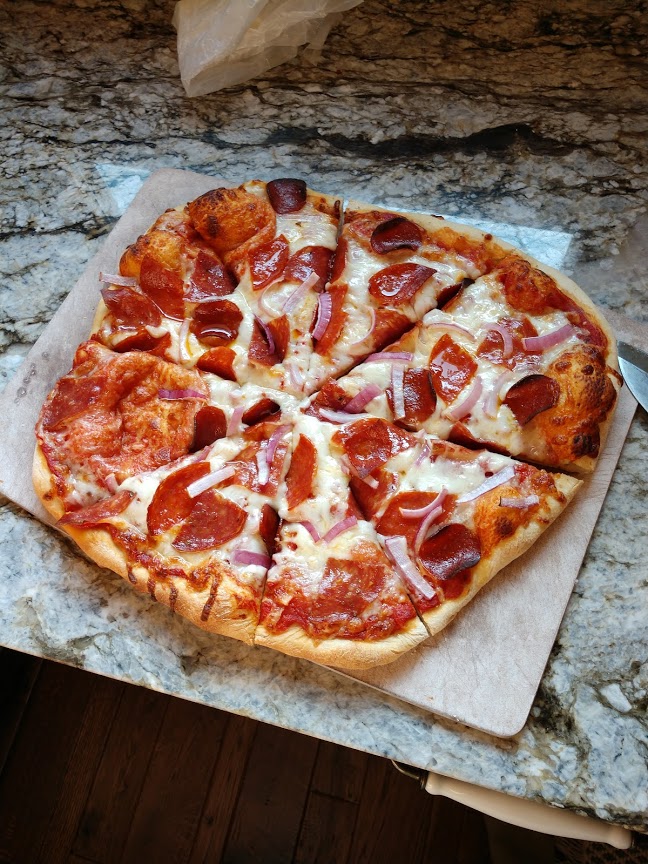 Johan Thorbecke
Posts: 81
Location: The Netherlands
11
posted 3 years ago
I'm a big fan of pre-baking the pizza with just the sause on it to get a nice crust on the bottom. Make a nice big batch of dough and sauce and prebake a dozen pizza bottoms for in the freezer. When you fancy pizza, get one of the bottoms, put on whatever you have lying around in the pantry or fridge and you're off to the races in like 10 min!