posted 1 year ago
As requested, albeit very delayed on my part, here is a post about the walk-in dehydrator we built a few weeks ago.  We butchered our big 800+lb boar and needed to dry several hundred pounds of pork and organ meat, as well as smoke the bacon and loin as promptly as possible . Our old 3x3 x6 smoker was inefficient and far too small.

So within 48 hours my partner had this beauty put together.  I believe it's 8x10x7, I forget now.  There's a small wood stove centered on the 8' wall with an access door for stoking and moderating heat.  The stove pipe runs the length of the building, as low as possible, and exits the back side.  The structure has been framed in with 2x's, roofed with 1x's (and covered with tin), and the entire interior is sealed with tin foil.  We built it on legs so the forklift could pick it up and move it as needed; it was just built in a "in-the-moment-convenience" location near the lumber and butchering.  The bottom is sealed with 6 mil greenhouse plastic and shored up with substrate.  There are two lower access doors for entering the oven or picking up dropped pieces, etc.  and two upper doors for accessing the meat.  The meat is distributed across 1/2" lath cut from lumber scraps from the project (it was the most sterile, economical, non-toxic option we could come up with).  These sticks can be adjusted freely, resting across 2 wooden racks.  We had them <1" apart for the jerky bits, and 3-6" apart for the bacon slabs.
Currently only the front side of the oven is framed in with racks, we had to get this done very quickly.  But the back side will look just like the front when it's done, with two shelving doors and 2 lower access doors.

Obviously this is a giant fire hazard, so full-time monitoring is needed.  The stove heats the oven up to 150-200ºf (we didn't let it get over 220...) with just a few small pieces of wood, and can maintain that temp for quite a long time.  We stuck 3 metal meat thermometers through the siding/foil at strategic locations to monitor temp.  For smoking, we set green alder directly on the stove to smolder.  Most of the jerky took 8-10 hours to dry and had to be flipped 1-2 times since the 1/2" racks don't allow that portion of the meat to breathe.  We loaded 'about' 150~ lbs of sliced lean meat and all the organs and other edibles cut up for jerky.  It fully loaded the front rack system.  When we smoked the bacon, the bacon slabs and loin still took up most of the space in there.

Our big mistake was underestimating the fat drippings.  That was scary, especially with the bacon.  We should have figured as much.  But, now inspired, we're devising a method of mass-melting fat!  A large funnel system of some sort with the fat overhanging it is the rough idea, with the oil dripping down into a large crock or container.  It will be so nice if we never have to fill the stove(s) with our biggest pots and pans filled to the top with fat, rendering fat day in and day out, coating the entire kitchen in grease and leaving the hardest to clean pots imaginable!  Argh!  I love lard, but this way will be so much nicer!

Other things we're going to try is hanging shoulders of meat and allowing a whole shoulder to dry.  We process a lot of meat for the dogs, and having dried meat options is super awesome, because it sucks running a bunch of freezers just for dog food.  We raise rabbits and birds for them as well, so throwing a couple dozen whole skinned/gutted rabbits in and turning them into crunchy cookies will be viable with this oven.  I used to do this with quail and fish; dry the whole carcass for easy dog treats.  You can even munch the dried pieces up in the blender for super-compact, ultra-lightweight meat on the go (think backpacking).  This works for humans and animals both; the shredded jerky can be cooked and rehydrated into something akin to ground meat or pulled pork, depending on the cut and how you blended it. 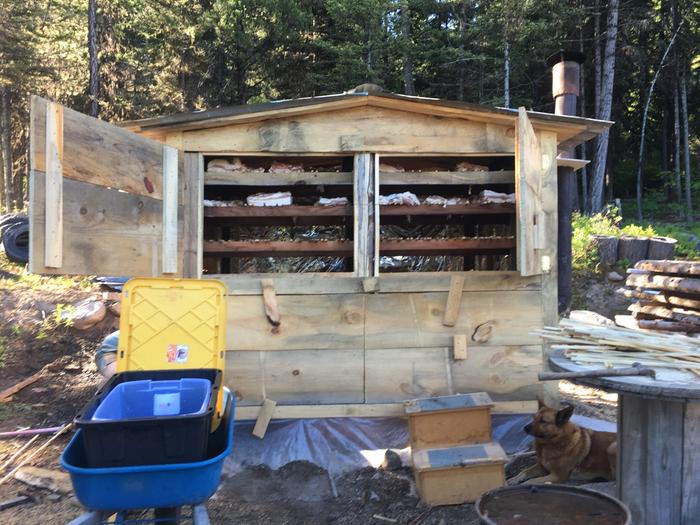 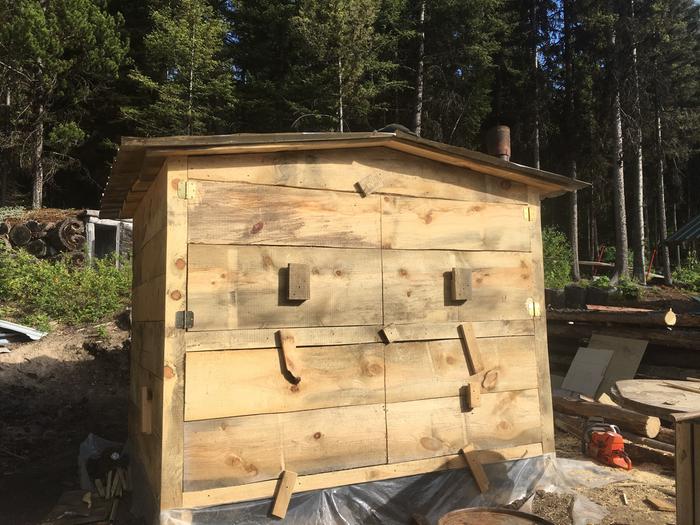 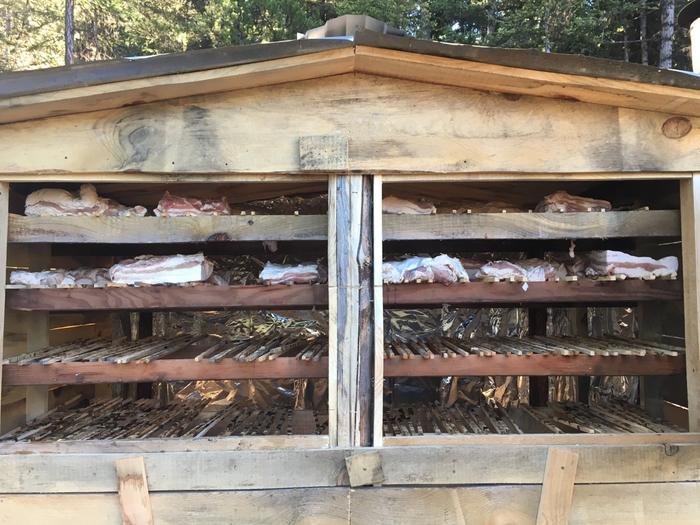 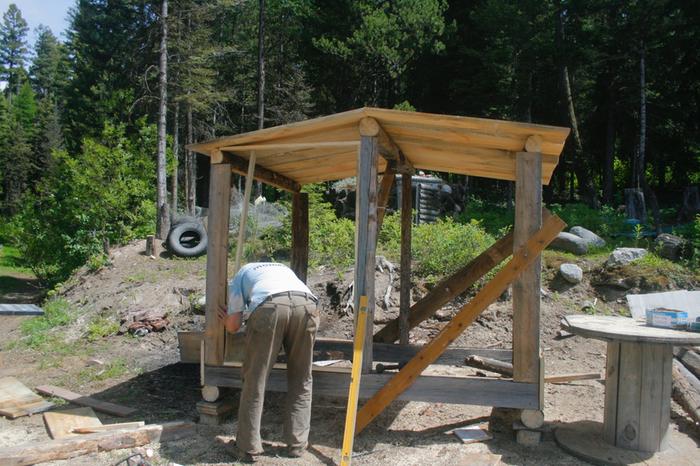 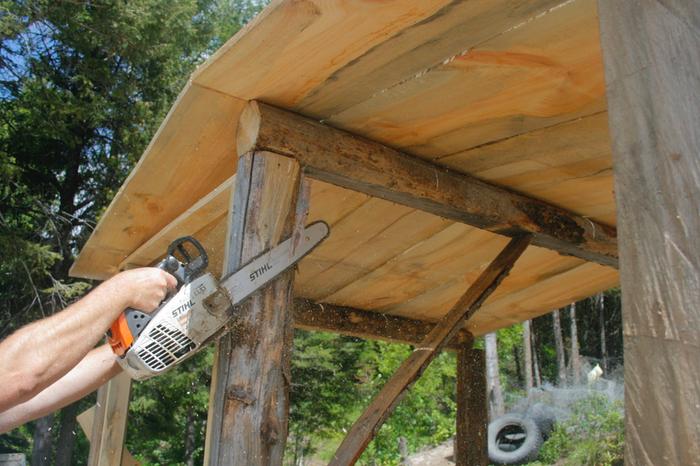 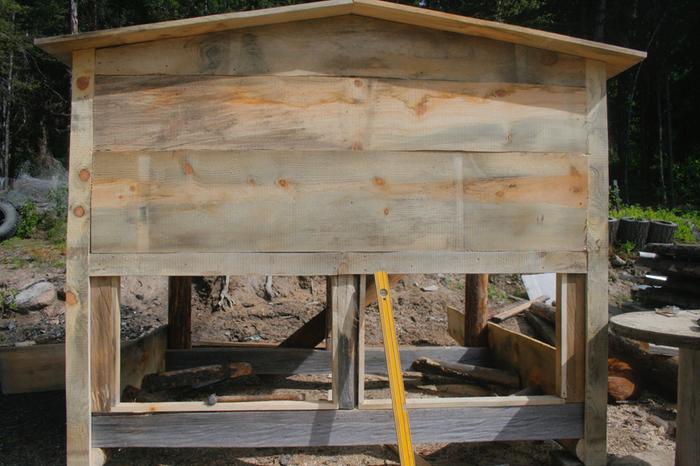 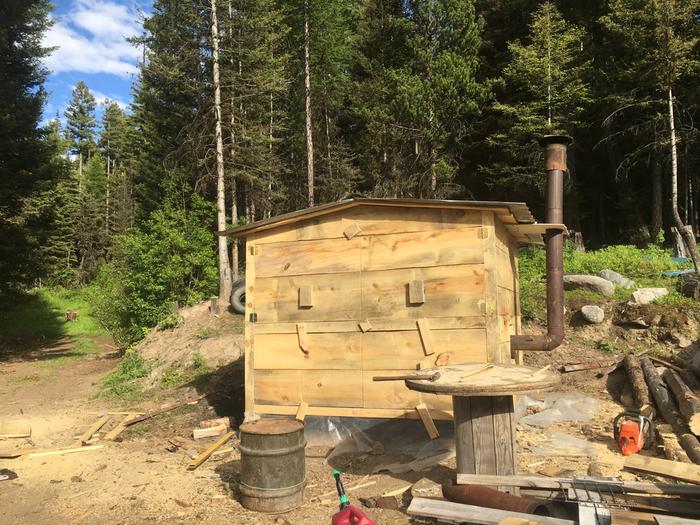 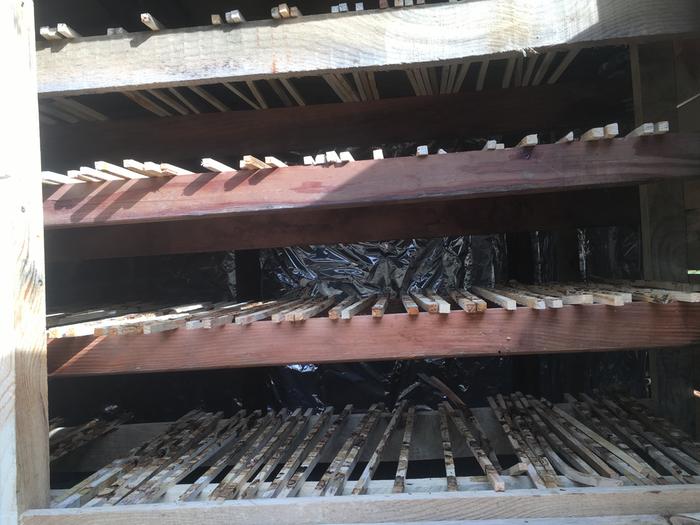 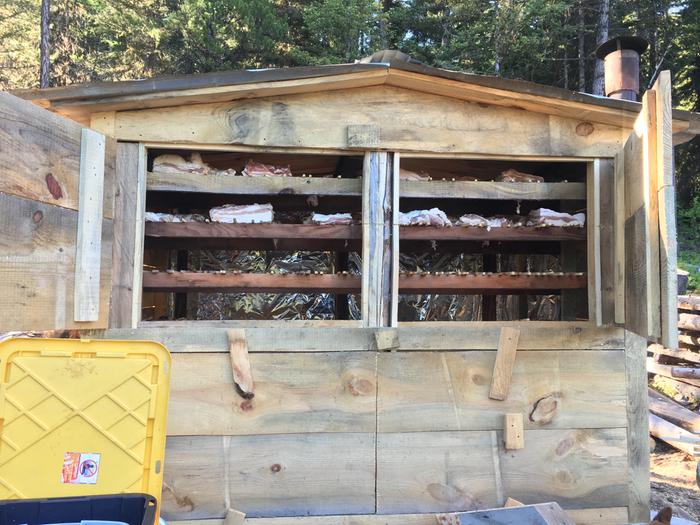