Now I have a row of Goose Gullet bush beans and a couple of corn plants that I hoped to save seeds from. Is this still an option?

posted 1 year ago
If the seeds were on their way towards getting dry, I'm thinking the frost won't have affected them at all.

posted 1 year ago
I sure hope so Mike. They are delicious so I take that as a good sign. Later this winter I'll try sprouting a few.

Here is what the garden looked like after that frost. The potatoes really took a hit! I sowed many things in there but neglect and bad weather left me with potatoes, yellow beans, rosemary, kale, dry beans and corn. Which isn't that bad I suppose. I didn't get enough corn to eat but I hope I can plant the seeds. The beans did good! One packet in one row sowed between the kale and the corn. 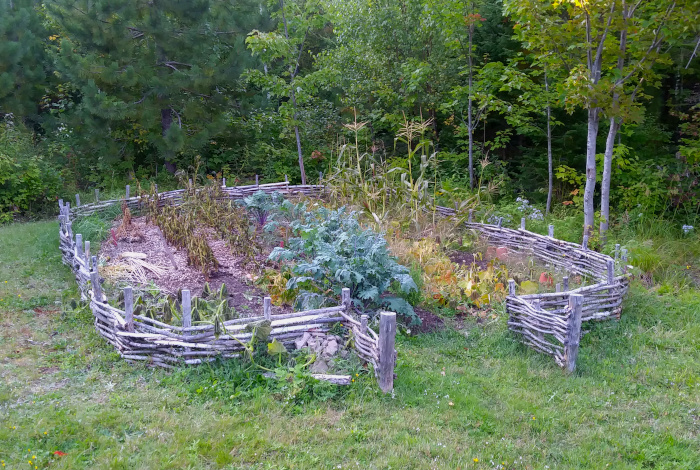 This is the Goose Gullet bean harvest, around 27 plants. I was expecting nodules on the roots like I see on Alder but there were none. It was difficult for me to judge how many beans were in there. We had lots of good weather after that frost. Next year I'll cover them if there is a risk of frost and see what that does. 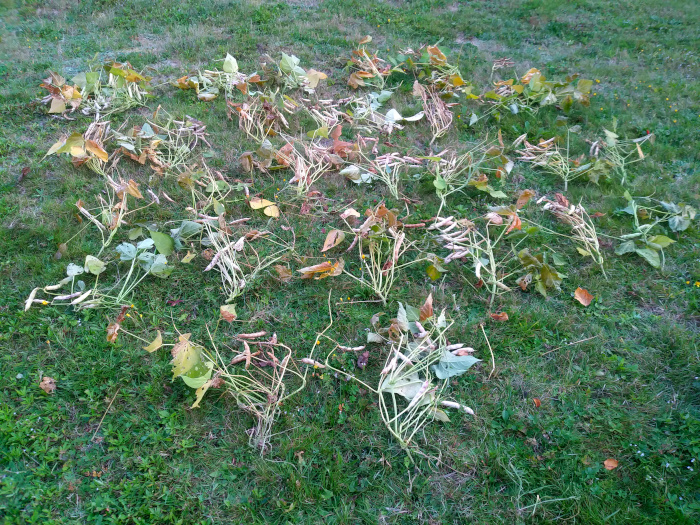 I didn't have room to dry the whole plants so I picked all the pods and threw back the rest in the garden. Some pods are dry, some are green and some in between. I expected to get more! The beans in the green pods were very pale, almost white with just a hint of pink splashes. Raw beans don't taste good, beuuu! 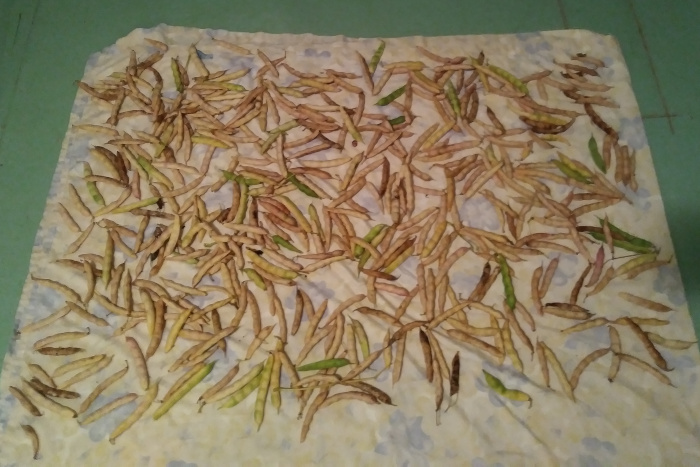 In the plate is 25g of beans, the amount of a packet. On the table are beans from green pods and in the basket are beans from dry pods. I also had a batch of bad beans, some with mold. I got 1082g of good beans, 43 times what I sowed. The Internet tells me that's an acceptable yield for my region. If the roots had nodules would my yield be better? This is something to look into. Because I'll grow them again that's for sure, they're sooo prettyyy! 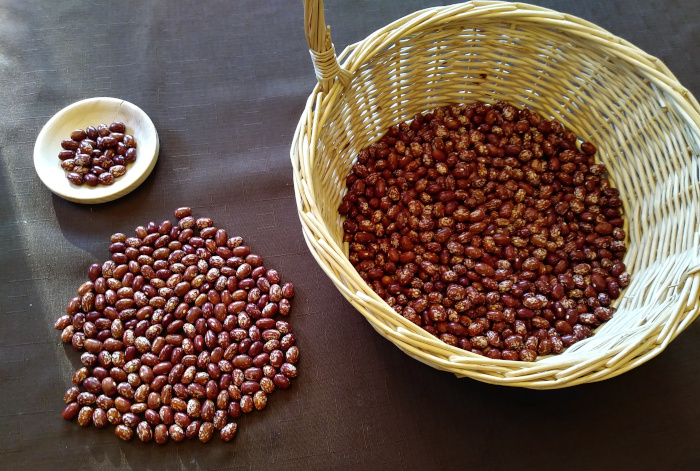