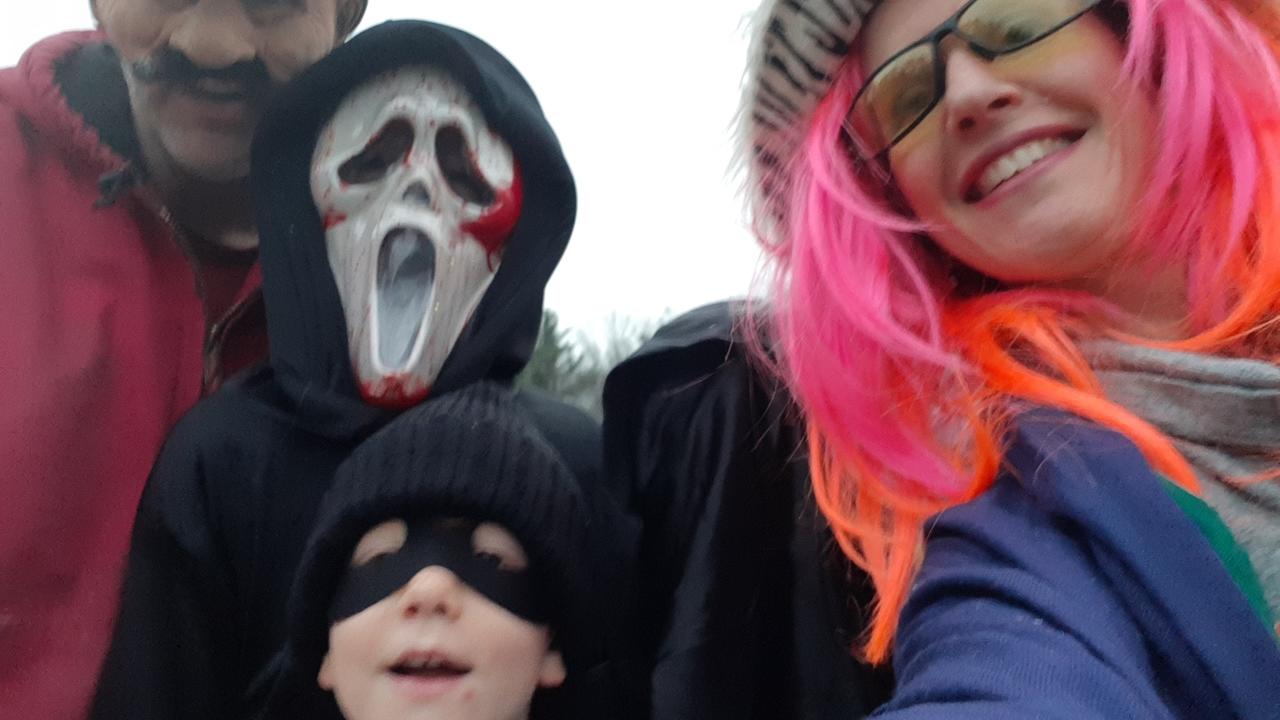 Halloween has come and gone, and it was a struggle. We are trying to eat well and keep our kids away from sugar as much as possible for a variety of reasons.

I just read this article that has good strategies for dealing with the Halloween struggles.

How I calmed the Mamabear and Made Peace With Halloween

posted 1 year ago
Honestly, our way to deal with it is to simply not celebrate the day at all.

We have just explained to our children (4) that we do not celebrate that holiday, and on that day keep our porch light off, which here is the universal sign to not Trick or Treat at this home.

Our church does a big thing called Trunk or Treat, but even then, we chose not to celebrate at all.

The interesting thing here is, trick or treating is a dying tradition, but maybe it is just Maine. But here, trick or treaters is just something people used to do. Instead, places like churches, grange halls, and town offices have big holiday festivities so parents can go to one place, instead of traveling to many strangers homes. This is so much safer. As an example, our rural church on Halloween will have 1200-1500 people come through the church on that evening.
Dale Hodgins
Posts: 9002
Location: Victoria British Columbia-Canada
671
posted 1 year ago
I was already about 15 when my mother decided it was the devil's holiday. So some of my younger siblings didn't get to go out for Halloween. They now take their own children out and they resent being kept from things that every other kid in school was doing.

Every year, we find out that some kid has done something to his own candy to get attention. I don't see going around and meeting all of the neighbours to be a particularly dangerous thing to do. Small children are generally with an adult . If it is quite dangerous, it's time to think about leaving the neighbourhood you live in.

I like that we have a holiday that doesn't have much of a religious context to it. I think it started out that way but now it's for everybody. Where I live, Christmas has become pretty much for everybody. I know Sikhs and Jews who do something for Christmas.

I think that some people are put off by the macabre nature of it, with many costumes involving physical deformity and mutilation. It's a costume party, and the only party we can show up for every year, without receiving an invitation.
Sarah Houlihan
pollinator
Posts: 128
Location: Central Maine
18
I like...

posted 10 months ago
On Halloween, we do costumes and a maize maze, but no trick or treating.  We stay home and make our own treats with honey and maple syrup.  They get to pick what kind of candy.  We find great recipes in an old White House Cookbook we found at a junk shop. 😁
Some scary movies are starting to appear now that they are older....

homestead houligan: one who lives on any homestead and tends to break the "rules" or practices of a traditional homestead. ex:using practices such as permaculture on a homestead. homesteadhouligan.com

Cécile Stelzer Johnson
pollinator
Posts: 529
Location: zone 4b, sandy, Continental D
155
posted 2 months ago
So on one hand, we tell kids: Don't talk to strangers and don't accept candies from them: They may be out to do you harm. But on Halloween, go ahead, talk to strangers, tell them they have to give you candy or else, [blackmail]get candy, scarf as much of it as you can [greed]… Not really consistent, are we? We did it once or twice and got it out of their system. It was no biggie.
For a different take, the French 'Halloween' is on November first and is called La Toussaint which translates roughly as all saints day [Not 'all saint's eve' day]. [Why celebrate the day *before* their day? I never understood that part.
It is a somber, more solemn day. No masks, no candy, and no pestering the neighbors for candy. We go to the cemetery and reflect on our ancestors, if we live close enough. Some go to Church. French churches never miss an opportunity to collect alms, even if they must do it around a basically pagan 'Holy-day'.
In France[Mardi Gras -Fat Tuesday] is the only holiday [totally unrelated] that has a bit of the flavor of our Halloween: Even in France, it used to be a whole week of celebrations, a time to let it all hang out[Le Carnaval], or festival of the flesh.
In the Middle ages, those festivities turned sometimes violent [In the fog of festivities, it was easy to settle an account with a hated neighbor]. There were a number of orgies too. The clergy participated in these festivities too. But it got so bad they had to tone it down. It was one last day to celebrate our bad side and act goofy before Lent, which used to be much more respected than it is now: During lent, no fat or rather meat [Fat Tuesday comes from there], especially no pork could be consumed. If you were caught eating pork, you would go to jail. Things have changed!

posted 2 months ago
To keep our son from having too much sugar his father and I each got 1/3 of the candy collected. My local dentist will pay kids $1/pound for their candy. The candy is donated to active military personnel.

Jesse Glessner
Posts: 90
Location: Indiana
18
posted 2 months ago
There really is such a thing of Parents actually taking responsibility of raising their kids and keeping them out of harms way, something far too many parents do not do.

In this day and age of creeps snatching children the parents, or at least one of the parents, should be a chaperon to their children on the full trip throiugh the neighborhood for Halloween. Children all the way through the age of 18 should NOT be allowed to travel to other neighborhoods, to down-towns, or to malls for Halloween. That is just asking for trouble!

And the parents' PARENTING doesn't end when they hit home again either. ALL of the candy should be thoroughly inspected before ANY of it is eaten.

MOST of the candy should also be stashed away and only small amounts allowed either daily or on some other schedule so the kids cannot gorge themselves and get sick in the process.

Willie Smits: Village Based Permaculture Approaches in Indonesia (video)
will be released to subscribers in: soon!
click here for details