posted 1 year ago
We got rid of our microwave several years ago and bought a Breville toaster oven.  It has convection and a slow cooker function and a light and all the bells and whistles.  We use it several times a day and is our primary oven.

Unfortunately the bells and whistles seem to be breaking.  The convection fan just started to make funny noises and on/off button only works if you squint one eye and tap it three or four times.  I'm afraid it won't last too many more years.

I might be able to repair it or send it in to get fixed. But if that fails, does anyone have a robust and awesome toaster oven that you'd recommend?  Preferably one that's still in production that I could find for sale?

posted 1 year ago
For high quality you generally have to pay.

For toaster ovens I just learned that it is wise to remove the toaster part if your not going to use it. 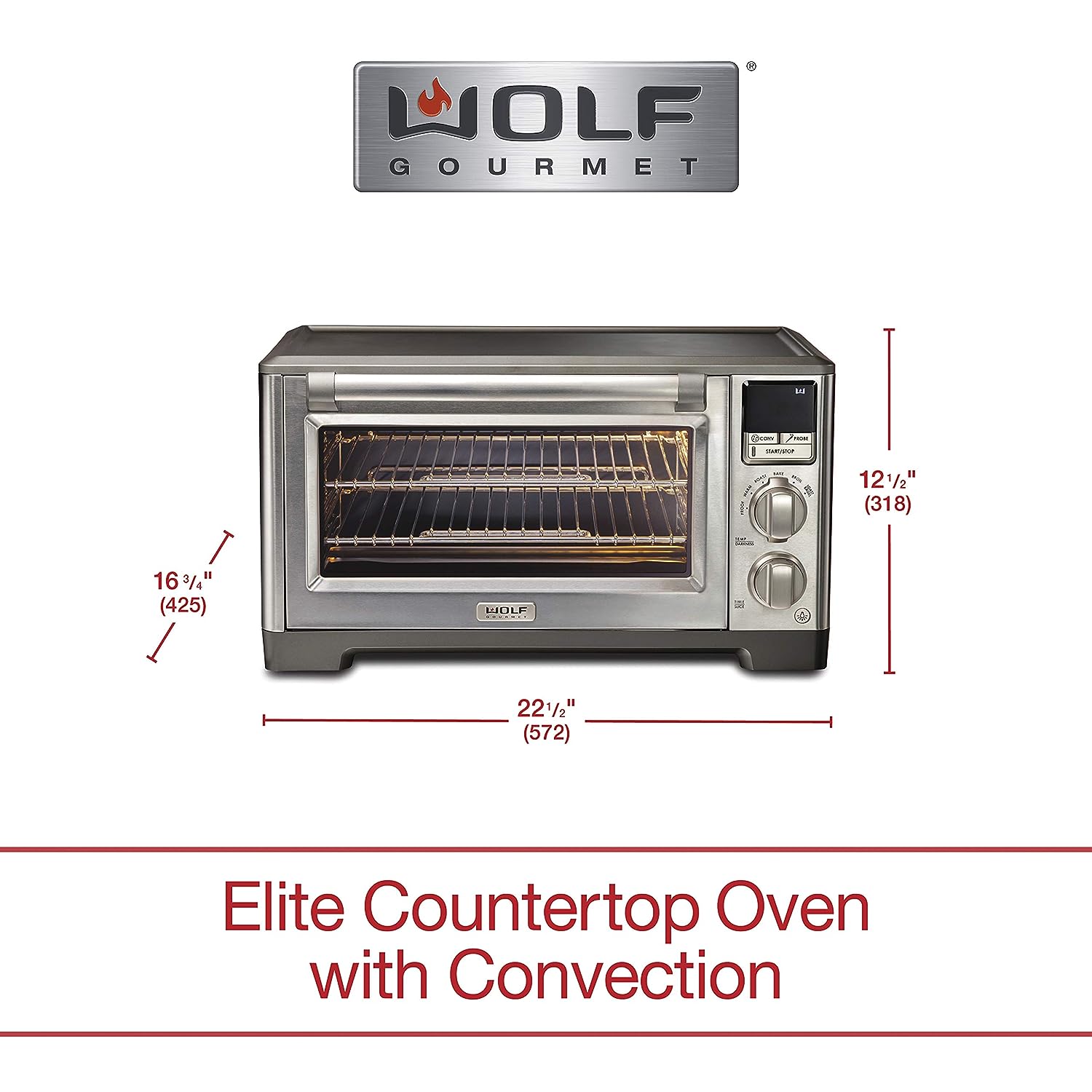 but for $700 you might do better looking around for convection ovens.

Personally i like smaller ovens, and will be looking for a convection oven for my house.

bruce Fine
Posts: 1280
75
posted 1 year ago
unfortunately things are not made to last these days
you might be best off getting whatever is in the clearance aisle at Best Buy , that's where mine came from and it was reduced to like $35 from original $119 price, yeah it burns the toast if don't keep an eye on it but it does work when the dial gets turned
Travis Johnson
pollinator
Posts: 4958
1163
I like...

posted 1 year ago
I do not say this in jest, nor to be snide, but I toast everything on a cast iron frying pan. To me it tastes better, and is just as fast.

Literally two minutes ago I made a grilled tuna sandwich on a cast iron frying pan. yummmmm
Mike Haasl
steward

posted 1 year ago
We use ours mainly for the baking and reheating function.  Take leftovers out of the fridge and "nuke" them at 250 for 8 minutes and they're heated up.  Or cooking a pan of apple crumble.  We just made two pizzas for dinner in it.  Often a measuring cup with coconut oil is melted in it.  And then a batch of granola is cooked on the pizza stone.

I made apple crumble in it without the convection fan and it seemed to be fine.  So I'm mainly worried that the on/off button will die for real.

I will certainly check out clearances, garage sales and thrift shops but if there was a good, and ideally reasonably priced, model to put on a Christmas list I'd love to hear about it.

Devin, what do you mean by "remove the toaster part"?

Mike Haasl wrote:Devin, what do you mean by "remove the toaster part"?

when searching looking for convection ovens instead of toaster ovens

posted 1 year ago
Ahh, gotcha.  Thanks!

posted 1 year ago
Those electrical parts are about 50 cents at a hardware store. You cannot fix or replace what is broke?

If they work intermittently then it would seem it was either a bad connection (grease perhaps), or loose wire. I would think it would be pretty quick to see what is wrong if you tore it apart.

I am not saying it is fixable, I do not know, but it does not seem like it's issue is with a complicated part.

A few months ago I had a refrigerator that had a fan motor that would stop spinning. I just snapped the plastic shroud off it, gave it a shot of WD-40, and it is still working to this day. That could be your issue with the convection fan. Again, I do not know, but a lot of fixes are pretty simple. It might be worth digging into.

posted 1 year ago
Very true Travis, my first approach will be to try to fix it.  The button seems to do on, off and another function I don't understand (turns on oven light but doesn't turn on oven).  So I'll give it a shot if it comes to that.  It's been working with the bad switch for a year or more.  The fan was just the next thing to get me worried.

Travis Johnson wrote:... I toast everything on a cast iron frying pan. To me it tastes better, and is just as fast.

Literally two minutes ago I made a grilled tuna sandwich on a cast iron frying pan. yummmmm

Yep! Chapatti pans. When I read this, I went to take a picture.
Toast-and-eggs-on-tawa-chapati-pans.jpg

To muddy the water, are you aware there are LP toaster ovens?  I have one.  It is relatively small, but it will bake a loaf of bread.

posted 1 year ago
Excuse me. I bought mine 20 years ago. I just checked on Amazon, and they make larger ones now.

Odd. The picture you posted is a Wolf .... but the knobs aren't red.  Red knobs were pretty much their trademark.

posted 1 year ago
Thanks John!  So far the squinting and standing on one foot trick is keeping it working.  When/if it dies (and can't be successfully repaired) I'll check out the LP ones!

posted 1 year ago
What is LP please?