Efren Turner
Posts: 37
Location: Mendocino County, California, 9a
6
I like...

posted 2 years ago
I stumbled out of a sweat lodge. Just before I would have fainted a Miwok elder suggested I lay down on the cool meadow grass. I started to feel more alive and grateful than ever before. Water tasted awesome. Food tasted awesome. Anything I did felt awesome.  For Days.  It was surreal.

Meanwhile, turns out a heap of scientists were writing papers on near infrared (NIR) light therapy for a heap of health benefits. Stuff like stress reduction. Better sleep. Collagen improvements to skin health. Eye healing.  Rapid workout recovery.  Something nutty about helping body parts that have come off be reattached properly.  Plus some doctors are even claiming consistent clinical improvements to traumatic brain injuries using 15w 750nm NIR red lasers, Pew Pew. Saunas are also being praised widely for self care.

So... is there a rock or metal which could be heated to emit a deep red light??

If there is such a material we could just plop it on a heat transfer point on top of some uniquely designed rocket stove.  "RockRedt" Stove? eeeeeehhhhhh!  The rock would emit both healing deep red light and plenty of heat.  The stove could maintain the ~ ideal temp for light color, and windows/flaps on the sauna lodge would control room cooling as needed.

NIR LED Light Research
Of course, many NIR LED light panels produce specifically the most well known wavelength for healing most stuff, 660nm.  They dont make a lot of heat though which is needed by saunas.  Budget brands are $35-650 for 660nm NIR-LED lights panels consuming 25w-300w, name brands are about twice the price per watt.  12v 660nm LED strips are dirt cheap... like $25-65 for 60watts, but not always waterproof and typically require wiring in power supplied.  I guess NIR LED panels produce ~10x less EMF if they have power cords with 3 wires and its properly grounded.  Which could possibly matter considering they're held 0-to-18 inches from skin.  I suspect and hope that majority of EMF is mostly coming from the ballast / power supply of most LED... thus keeping the lights close to you but ballast away would allow v close use without real or placebo issues.

Incandesent (heat lamp) Infrared Bulbs
Are a fine option for saunas but they do use ~ 1000-2000watts/hour of steady power draw and and they are emitting mostly medium infrared heat plus a wittle tiny bit of healing NIR.  So IDK if they matter much more than any other dry sauna with a sexy time dim lighting to set the mood.  They produce so much heat IDK if you can get your swole pecks close enough to the light without burning those pecks swole.  Ya boy Newton said lights gets about weaker^2 of distance.  So each time you go 2x as far from your light the intensity gets 4x weaker. This unfortunately is exactly my biggest concern about the viability of a red-enoughly-glowing rock that I can sexy-enchantress-heal-lighting my junk without McChickening it.

As a Rule of thumb I think healing effect can probably be guessed by how deep red AF it makes your parts.  This should also allow estimates of both spectrum and intensity.
Pete Podurgiel
pollinator
Posts: 147
Location: S. New England
62
I like...

posted 2 years ago
Thanks for posting this. I've been doing some reading on IR therapy and actually just ordered a 4-pack of IR incandescent bulbs to try out (bulbs produced by Industrial Performance seem to have positive reviews).

Instead of rehashing what I've read, here's a link to an article that I found to be very compelling:

As I don't have a sauna, I plan on building an enclosure next to my wood stove and installing four 250 watt IR bulbs as an experiment.
I'll try to report back in a couple of weeks with my results.

Efren Turner
Posts: 37
Location: Mendocino County, California, 9a
6
I like...

posted 2 years ago
Awesome info Pete, thank you.
I learned a bunch about incandescent NIR heat lamps and got some great ideas.

First off, I was probably wrong about NIR lamps putting off mostly MIR. See supporting images below.  That's great news.


There are tons of options to make healing deep red light 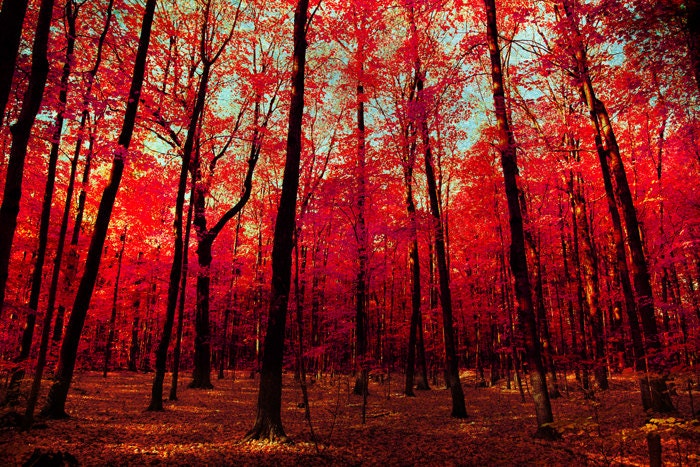 2. Red Burning Stuff
---------candles have a great spectrum as is
---------have window(s) on your fireplaces
---------campfire singalongs
---------Very low temp flames are red. Which fuels burn deepest red? Which burn red if you add-non harmful fuel or oxygen gasses or just change airflow?
---------Coals at low burn temp make hella red light... i guess they like high temp burns of fuel with low moisture, low volatility and low wood gas

3. Redder screens
---------f.lux is what I use on my comp. Its got hotkeys or slider for redness and brightness. It's "800k" full reddish is WONDERFUL on my eyes but it does lose color, its a red grey-scale. I key past "2000k" if colors needed.  Customizable timers can help align your circadian / sleep.
---------there's surely mobile apps too

---------LEDs. who knows how they do it, but they efficiently produce their intended narrow or wide spectrum effectively and efficiently.  LEDs are ideal to heal a specific set of issues because you can buy them in the exact spectrum which addresses it. Some LED spectrum are rumored to be safe to heal your eyes with.  I'll try it.  Basically 660nm (very red) for most stuff and 850-950nm (very deep red / NIR) for deeper internal healing.  I'll be buying a 300w 660nm | 850nm LED tomorrow to make NIRaunaLED 2020. I'll hang it from the roof... hanging about 18" off the floor with a comforter draped over the LED air cooling somehow if the needs it.  ...Future gf asks about the flap in my comforter I'll be like "Hi! Have you heard of the holy book of Mormon??" haha

---------NIR Incandescent bulbs.  Turns out their stats are pretty good too.  They make sense for NIR saunas and generalist NIR therapy because they produce a general NIR spectrum and MIR heat.  They're hot! They're not nearly as safe as LEDs and can easily burn your parts in a second or your house in minutes you're not careful!! They do produce more white light so eye protection is needed.  I'm also buying one of these to compare to NIR LEDs.  NIR incandescent lamps with shiny silvery sides directING the energy straighter forward and ones with see-through or frosted sides are wider spreading.  I heard NIR incan bulbs tend to block out the uv and much of the whiter colors using that red layer on the glass... this would turn that but into heat which is sure better than UV! Who knows what percent blockage they achieve and if they layer will last. I have accidentally scratched one on a heat lamp before and the scratch glowed out light-yellow lookin light.

6.  Magic
---------Crystal Balls.  You can place one between a red light source and your D&D wizard af self to point-focus the light.
---------Probably magnifying glasses. Maybe they focus on too small an area and are dangerous for untrained sorceress. Idk but the future will.
---------Putting weird crap inflames / candles makes'm redder. I think pure lithium burn red. Burning weird stuff is probably awful for everything that breaths near it, plus wasteful. Bad idea.
---------Sand storms make everything look red af.
---------Pump hella air into the sandy bottom of a 2x glassdoor sandwich
---------

6.  Sweat Lodges
Become buddies with the elders of the traditional or native culture near you.  There are 1000s of reasons to do so.  One of those reasons is that that elder probably has an elder friend who leads sweats.  This is probably true in most places, and is def true in most of NA and at least parts of EU.  You can experience the sweats. Over time, *if* it is right to then you could learn the whole process and carry on at least part of their tradition.  When I named this thread I intended to speak in detail about my experiences with sweat lodges and talk a little about how they are done by some Miwok folks and some Maidu folks. However, I'll need to speak to each of the elders who led the sweats before I go publishing their cultures.  Plus, sweats lodges can't be DIY'ed off any article without lots of firsthand training. They're powerful in every sense of the word. Unfortunately they can also be deadly if screwed up.  Go experience sweats and please be sure to help and/or pay and/or give useful gifts to the organizers and leader generously even if they dont ask you to.  They're amazing! :) 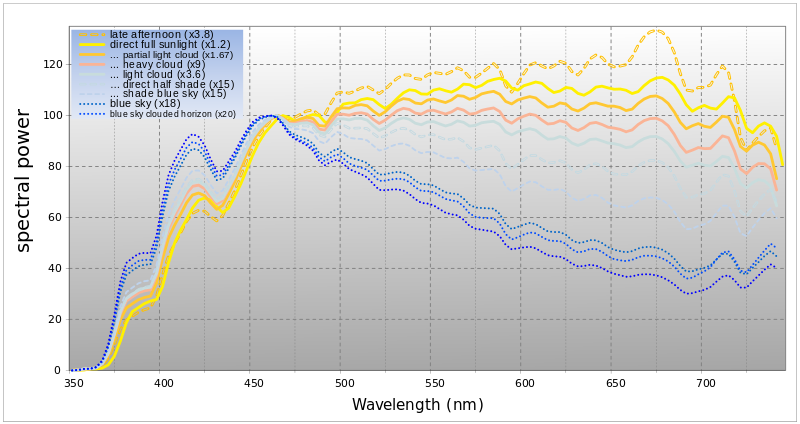 posted 2 years ago
So wonderful that you would do this write up about IR. There was a post about a week ago and they talked about EMF sensitivity and I started researching it and how alot of EMF are bad but that alpha waves aka 7.38Hz EM waves are good and I also learnt about the wonderful and healing properties of infrared sauna.