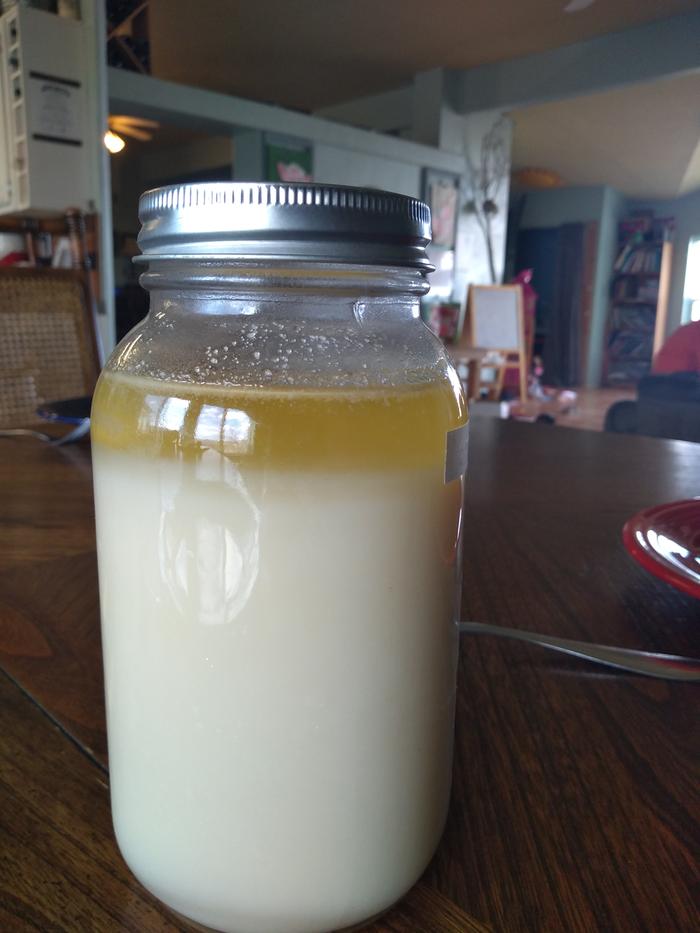 posted 1 year ago
What fat did you use for your lard?  What animal and, if you know, what part of the animal?  What temperature was it when you took the picture?

Depending on where in the animal the fat is, it has different melting temperatures.  For example, tallow has a very high temperature to melt at whereas some fat in the animal is oil at room temperature.  It looks like there's a mixture of different fats here.

posted 1 year ago
I've always known them as lard was porcine, while tallow was from red meat animals - primarily beef.

Roy Long
pollinator
Posts: 120
Location: North Idaho
61
posted 1 year ago
I render all fat from our hogs that isn't left on meat and I have never had oil above the lard before.  Not sure what would cause that unless maybe higher temps separating the different types of oil from the fat maybe?

What temp did you render at?  I usually just throw some water in to start and run it at about 5 on the stove top.  I just keep adding fat as it renders down and then I fill coffee cans with the liquid lard and allow them to cool which generally solidifies the top first and then I freeze them in the freezer.

I have noticed that when it gets warm enough in the house that some of lard tends to soften and liquify while the rest remains solid lard.  If you cooked it longer or at a higher temp the two types may have more fully separated maybe?  If it doesn't solidify then maybe just pour it off and use it as an oil...
r ranson
master steward & author

Carla Burke wrote:I've always known them as lard was porcine, while tallow was from red meat animals - primarily beef.

Tallow is a kind of fat from near the middle of the creature.  It has a very high melting point which made it great for candles. Usually, red meat because there is so little of it near the centre of the pork.  But red meat has many different kinds of fat.

Lard, in the most technical sense, is only one kind of fat on a pig (I think there's about 9 or 12 other kinds of fat).  But in the vernacular, it can be just about any rendered animal fat depending on region and individual.  That's why I ask, Lard is a word with many meanings over time and place. 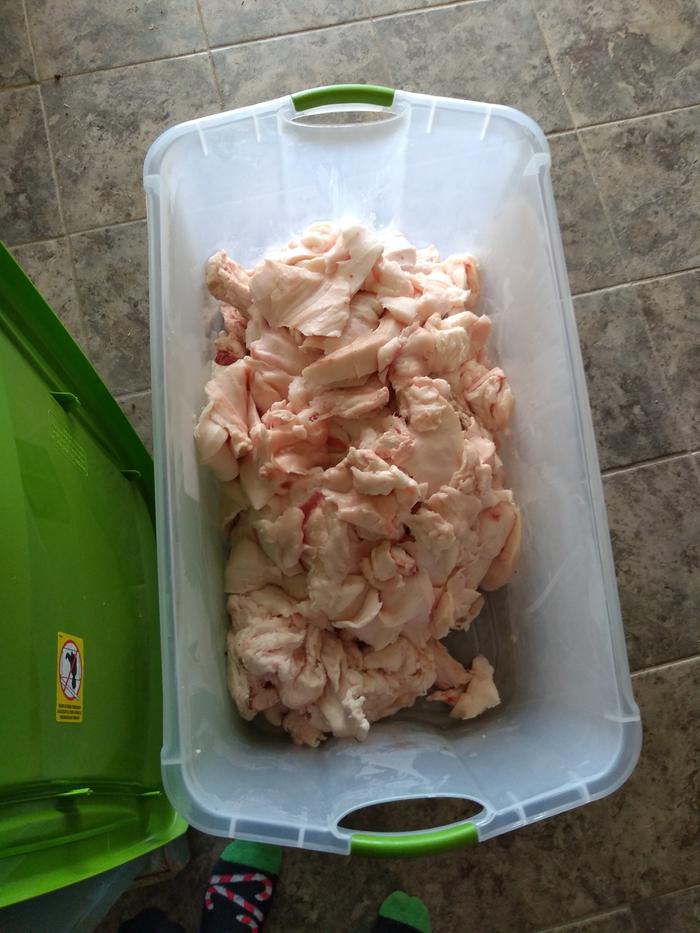 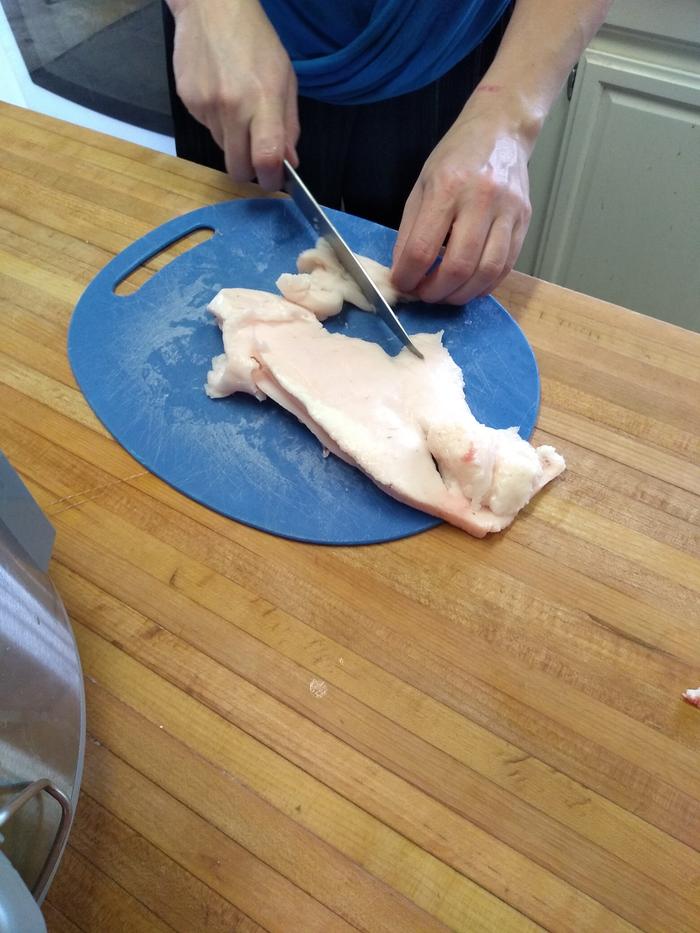 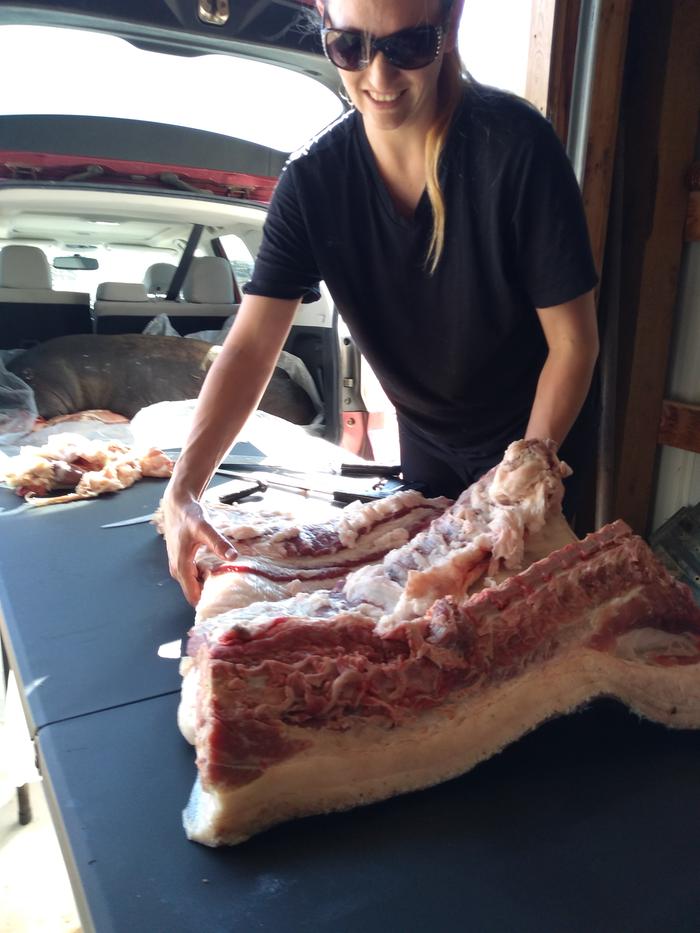