Posts: 7926
Location: Currently in Lake Stevens, WA. Home in Spokane
318
posted 8 years ago
With all of those flavors, what would be the best ice cream to serve with it?

Someone put up a pic of this on here somewhere.

posted 8 years ago
There is now a website dedicated to the meatloaf cake: http://www.meatloafcake.com/ 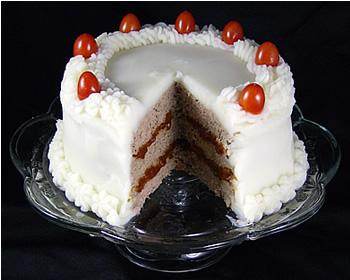 My son wants a meatloaf cake for his birthday. Might have to add in the meaty cinnamon rolls (permies thread with recipe), too: 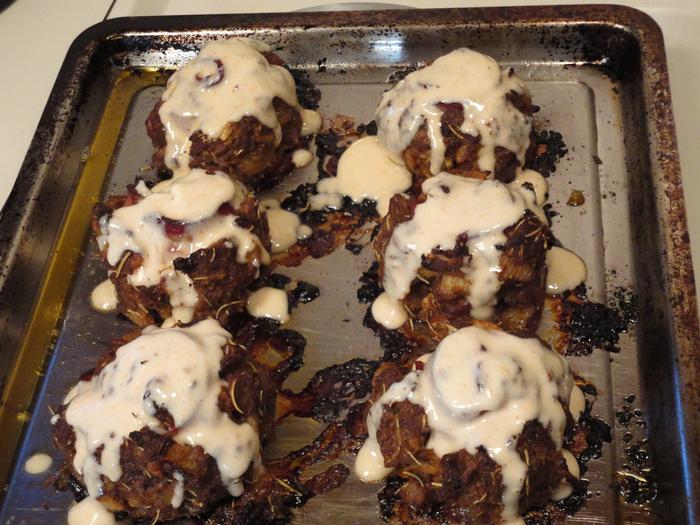 Gail Moore
Posts: 232
5
posted 8 years ago
Burra, did you make that Piecaken? Is that a Portugese dessert? or did you find this on the Internet somewhere? website

is the pie baked before loading into the cake batter? etc. EDIT: after looking more closely, I see browned pie crust, so I guess the pie is baked first, then loaded into the batter.

I would prefer blueberry with chocolate. Can't quite wrap my mind around apple pie and chocolate cake layer.

and would you frost it with some other frosting.

Jocelyn, those rolls sure look tasty, too.

THANK you all for sharing these culinary creative ideas.
Burra Maluca
Mother Tree

Max Hubbard wrote:Burra, did you make that Piecaken? Is that a Portugese dessert? or did you find this on the Internet somewhere?


Not mine, I'm afraid. I stumbled on the image on reddit, if I remember rightly, and it was the first time I'd encountered 'piecaken' so I was a bit gobsmacked by the whole concept. Not the sort of thing I'd risk making myself, with my blood sugars!

Portuguese desserts tend to be much simpler and more 'homely'. My village is very fond of filhoses, which are a cinnamon flavoured doughnut. Every woman in the village has her own recipe, and has her own unique way of stretching out the dough and tying it into her own special knot before deep-frying it, usually in a cauldron over an open fire. When my son was smaller we would be given a bag of them from pretty well every woman in the village every Christmas. If we've helped anyone out with something, they tend to give us arroz doce, which is a type of rice-pudding cooked on a shallow tray until set and then decorated with powdered cinnamon. And if we're lucky at Easter time they will open up the old community oven and have a session of cooking honey and orange cakes, which are absolutely delicious, especially when you know that all the eggs, honey and oranges are from the village. Generally this only happens when extended family turn up and all the women of one family will have an afternoon cooking and gossiping together while the men go for a walk in the forest and presumably gossip just as badly as the women do, only they don't admit to it. But the simplest dessert is dried figs, which are usually rock hard and have to be dipped in aguardente to soften them.

Posts: 3999
Location: Wellington, New Zealand. Temperate, coastal, sandy, windy,
103
posted 8 years ago
How about a more restrained, elegant piecaken. I suggest a Black Forest number: cherry pie inserted into the bowels of darkest chocolate cake.
Actually, let's just get it over with and tip a bottle of kirsch over the thing and set it on fire

Burra, I want your orange and honey gossip cake.
What does the village do for bread? Please tell me they dont swing by the supermarket and pick up some sliced white!
Brenda Groth
pollinator
Posts: 4437
Location: North Central Michigan
26
posted 8 years ago
looks like a takeoff on the turduckin

actually I would like a small piece of that piecake..

posted 7 years ago
From what I recall, here is a pic similar to the OP:

Meatloaf cake is happening this weekend around here!

posted 7 years ago
Let there be CAKE! We made and ate meatloaf cake last night!

Meatloaf (followed a GF girl meatloaf recipe with ground pork, ground beef, bacon and grated potato in place of GF bread crumbs) baked in three 8-9" cake pans. They shrunk back from the edges by about an inch, and were uneven and lumpy all around - a frosting challenge to be sure. Plus, we frosted uber-quickly because the mashed potatoes were cooling off rapidly!

While big sister was attempting to use the over-filled pastry bag of mashed potatoes, the boy jokingly said 'you should put flowers all over it.' Sis cheerfully obliged, then attempted to "paint" the flower petals with ketchup. Brother came over with the dijon mustard for the flower centers which ended up looking like yellow-brown turds.

Pictures are crappy cell phone in low light and I missed a good shot of the gorgeous (IMHO-ha!) filling, but oh well. First cut and the meatloaf was still steaming inside - yes! Meat-loving son was swooning with gustatory delight.

posted 7 years ago
Oh, hey - go figure - the boy is sporting a cool t-shirt too!

posted 7 years ago
Great pics Jocelyn (regardless of the quality)! I had seen savory cakes made with a square loaf of bread and cream cheese, but I had never heard of meatloaf cakes before.

I need to get myself one of those t-shirts so I can be cool too.
Seth Wetmore
Posts: 158
Location: Some where in the universe in space and time.
1
posted 6 years ago
Tasty. I like the pie in a cake layers. Meat pie. MMMMMMM MMMM good.

Be most excellent to each other.