posted 9 months ago
Finally I have a plot that can be farmed with ease. But it is 4 hour dirve from İstanbul. And I don't really own it. Nevermind let me grow something!

I am quite excited about this. Eventhough I am lucky, very lucky, to have some land to grow stuff in Istanbul, it is by far not the best place to garden. Soil is pure clay mixed with urbanite, 40 to 60 degree slope. I have been pushing forward for the last 10 years, building a rain water collecting system, building terraces, building hugelbeds, burried wood beds (to create soil). I built my veg. garden, but with an average pace of 2 square meters per month (20 square feet/month). Not that I didn't try hard enough, it is imposible to beat 2 m2/month. I tried.

So this new plot is in 9b, roughly 200 square meters, sandy clay loam and the plot has not has not been cultivated for over 30 years. It has access to free water, has electricity, is in full sun and protected from wind in all sides! It is in the village center and next to our house. The only issue it had was the fact that was covered with construction waste, blocks of concrete, roof tiiles and some plastic bags. That was the only thing that hold it from being a perfect plot. Not anymore, cuz I cleaned it all (almost), 5 garbege trucks full of waste and 80 bags of trash. I removed some as I visitied the house and so it took over 8 months to get the job done. Now the fun begins!

So this is the plot: 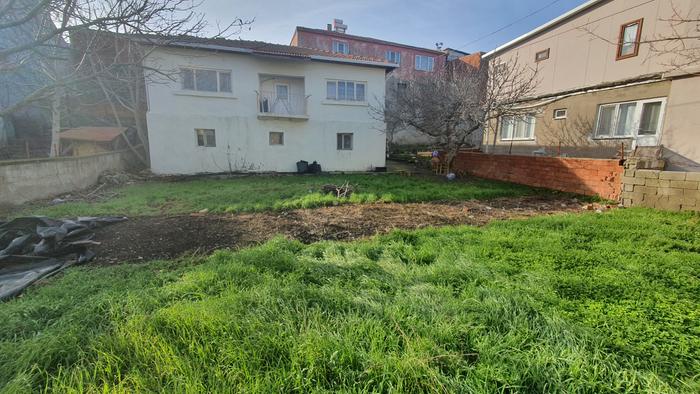 I started to remove wastes last july and as soil got uncovered weeds popped up! I was able to cover only a fraction of the plot with weed fabric. It is very expensive, so it doesn't make sense to cover the whole plot with it.
This is the scene when we arrived: 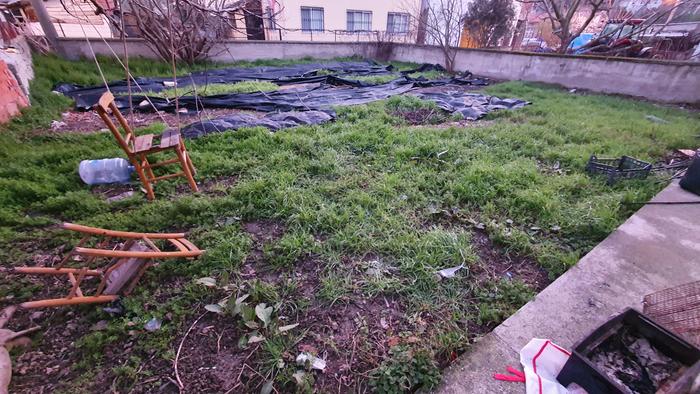 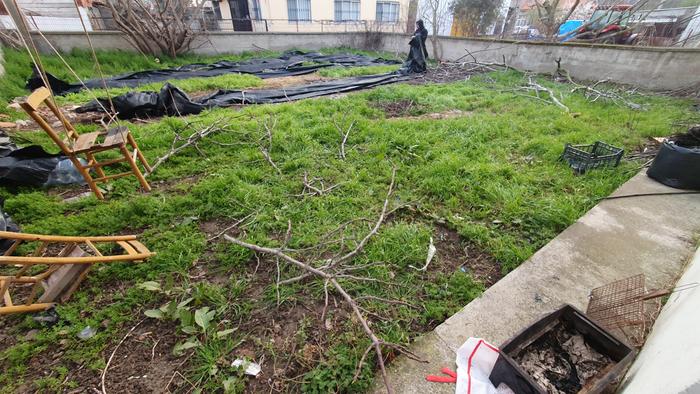 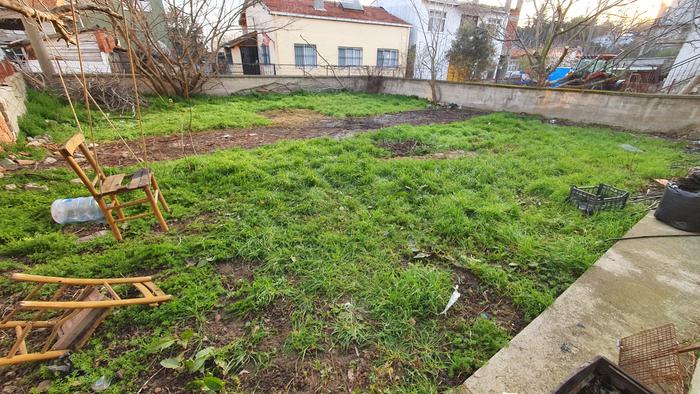 This is the soil beneath: 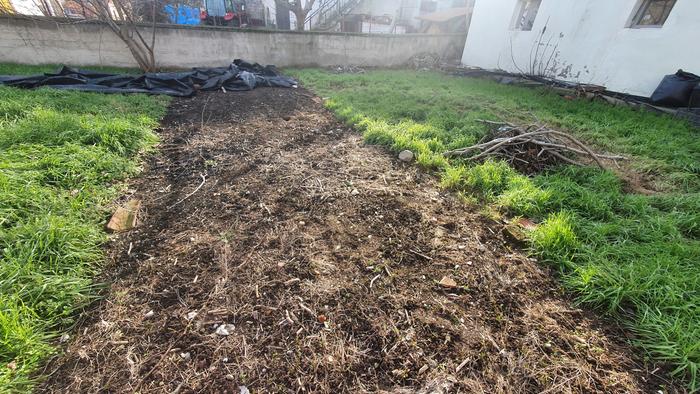 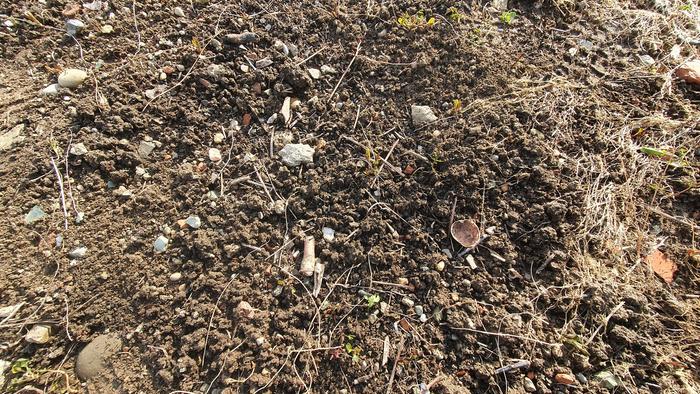 all kinds of garbage (mostly concrete and glass) removed: 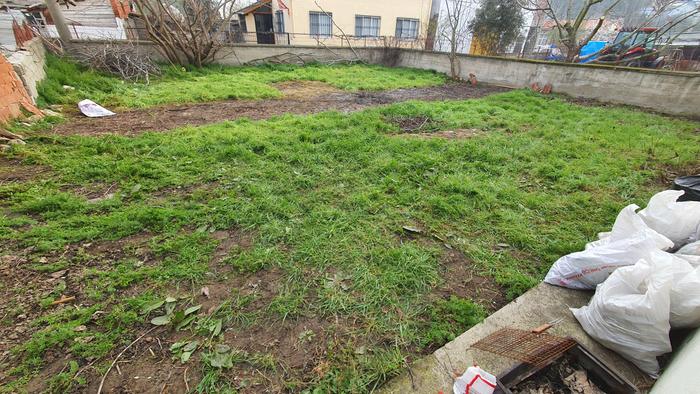 this is how it looks from second floor window 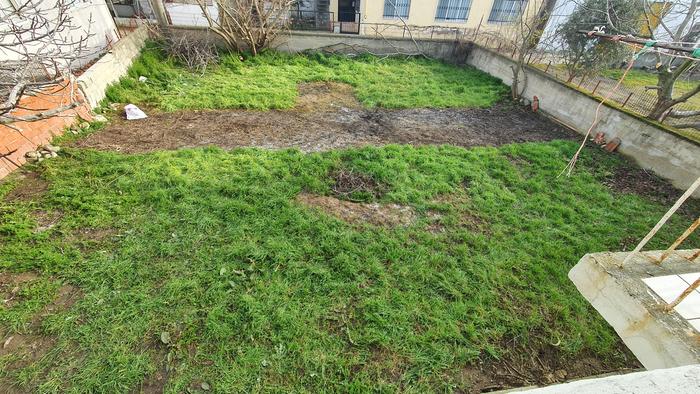 put down the layout: 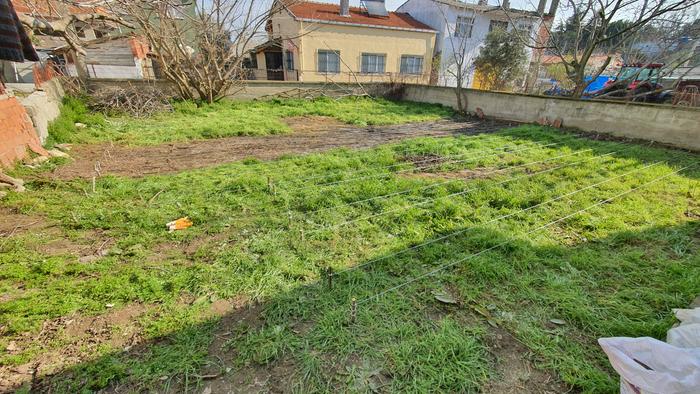 So the plan was to build no till beds (since I don't have rototiller) 75 cm wide with 40 cm wide pathways. I opted to go with wider pathways.

Similar to building lazy beds I cut the sod with shovel and put the soil/sod in pathways over the beds. 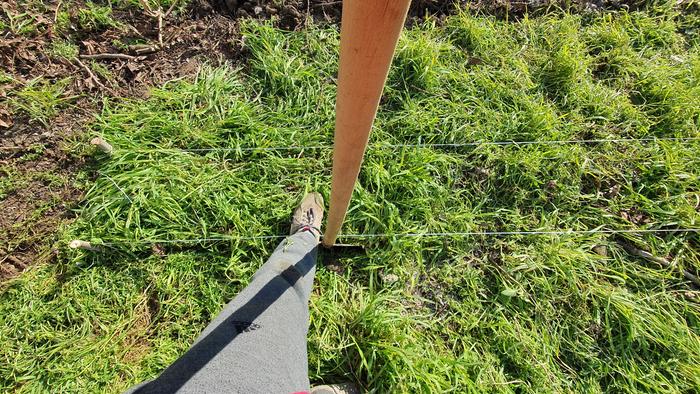 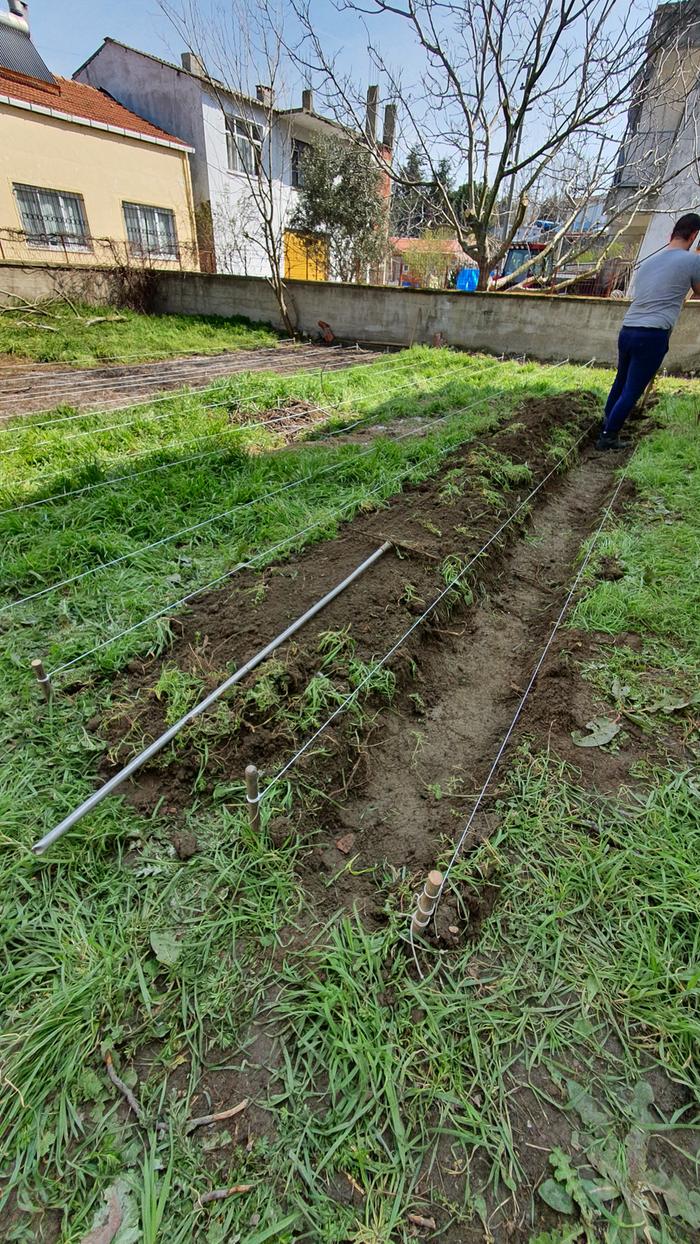 And did that for the next 9 beds: 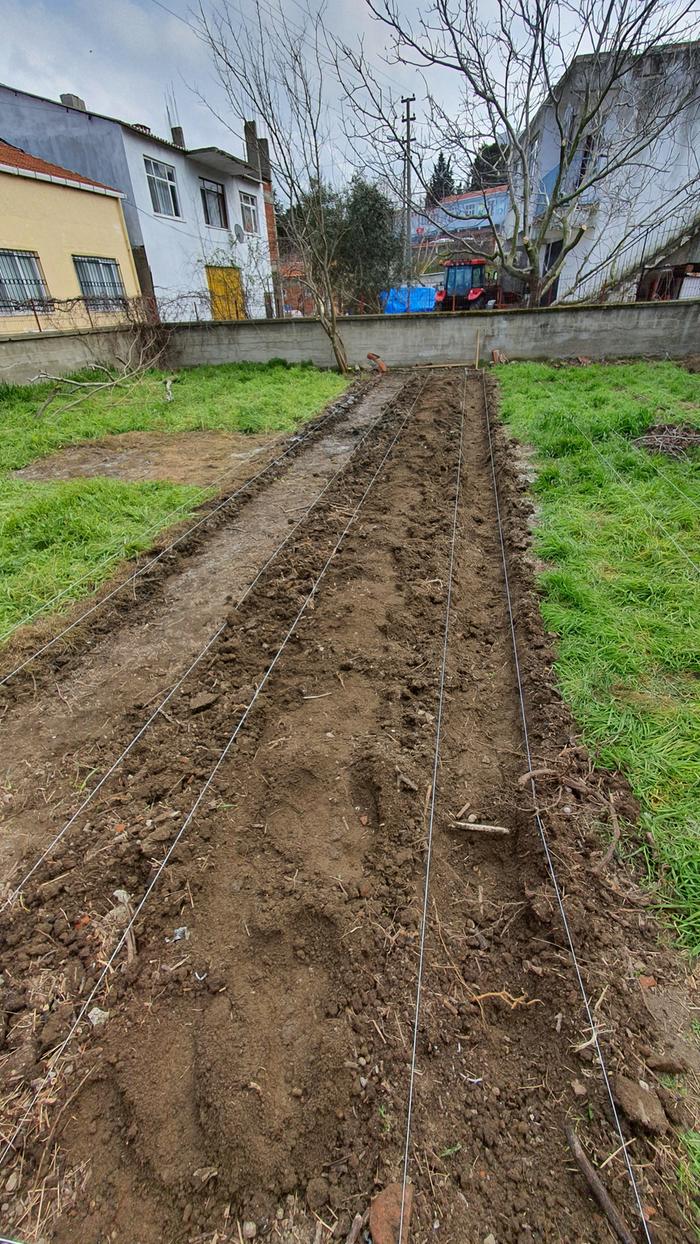 this is the end of the day picture: 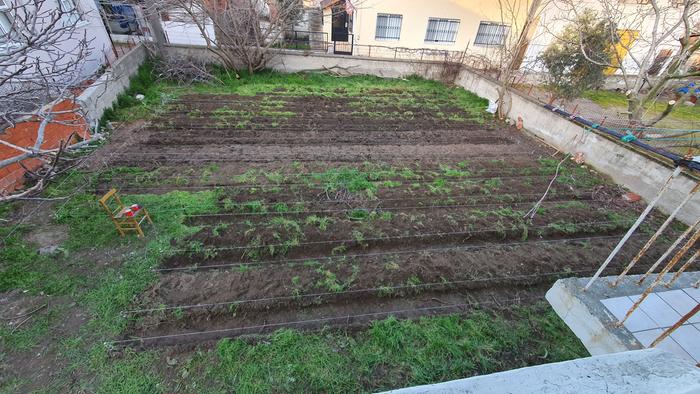 We were going to broadfork the whole garden but that night a relative of mine brought a rototiller. So we rotatailed 8 out of 10 beds and left 2 for no-till as an experiment. Added wood ash, some compost, gypsum, spoiled dog food. 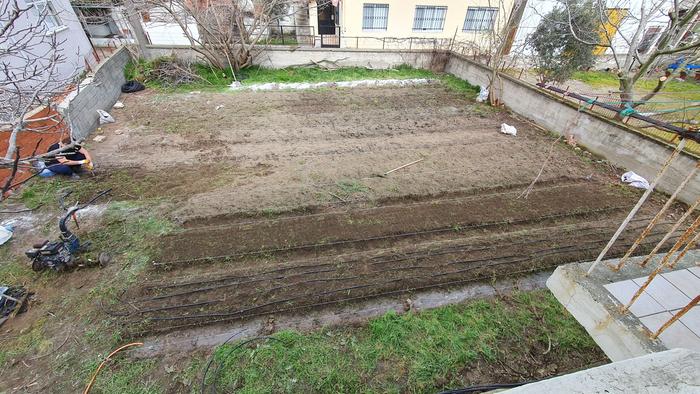 put down drip irrigation and leveled the surface 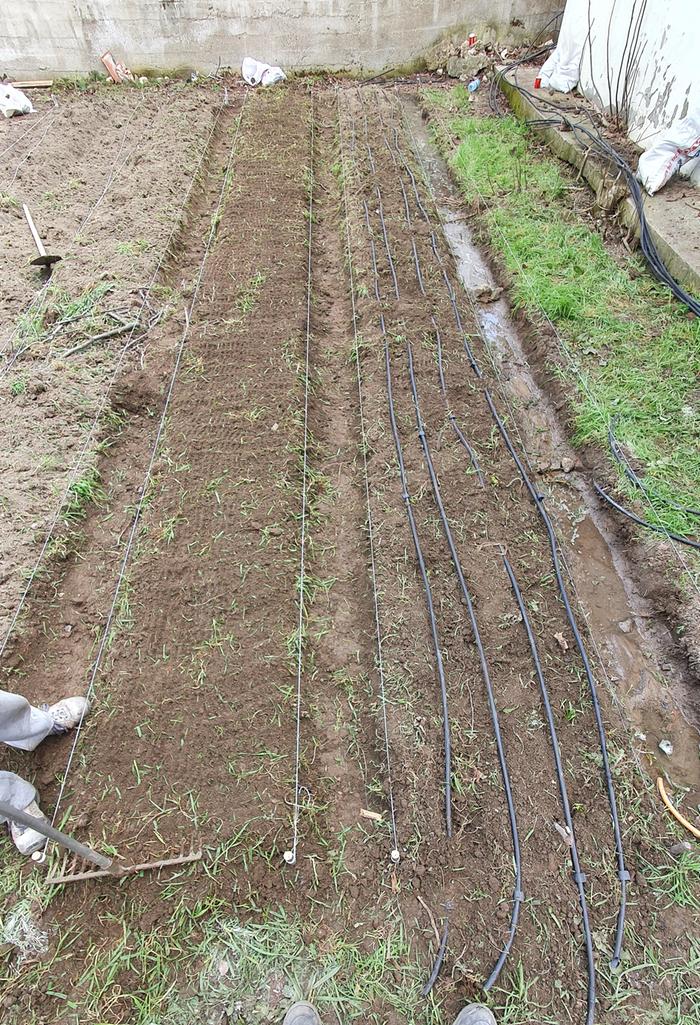 at the end of our second day: 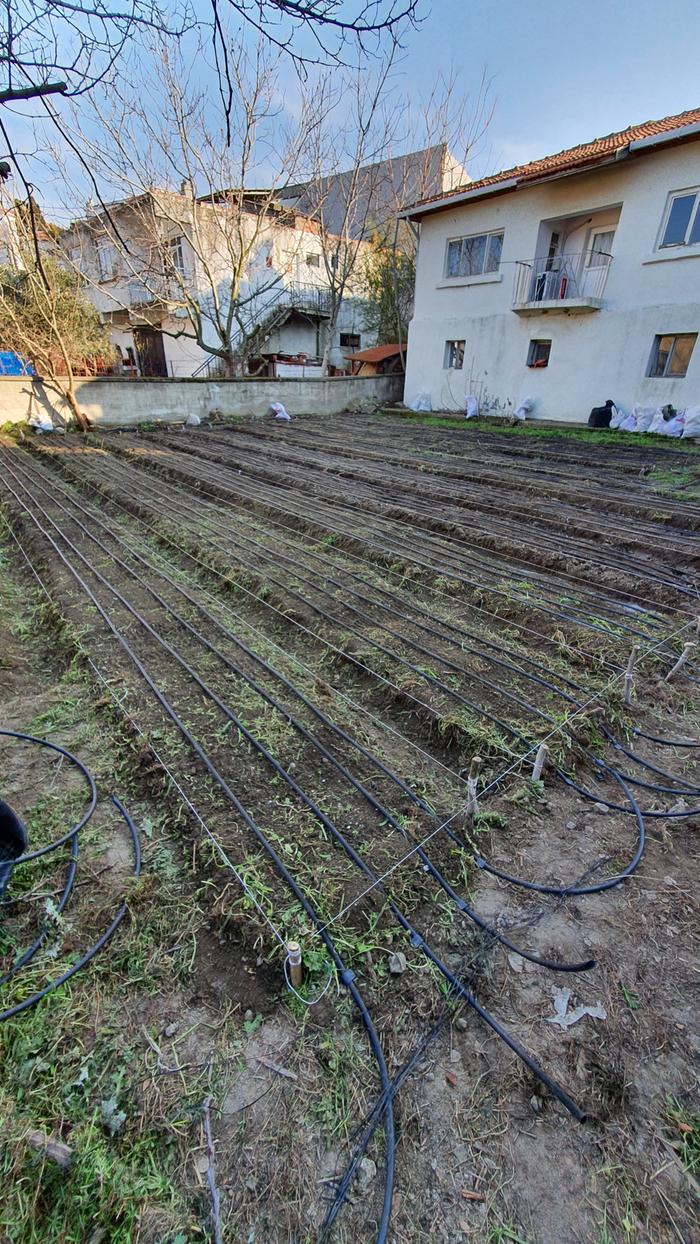 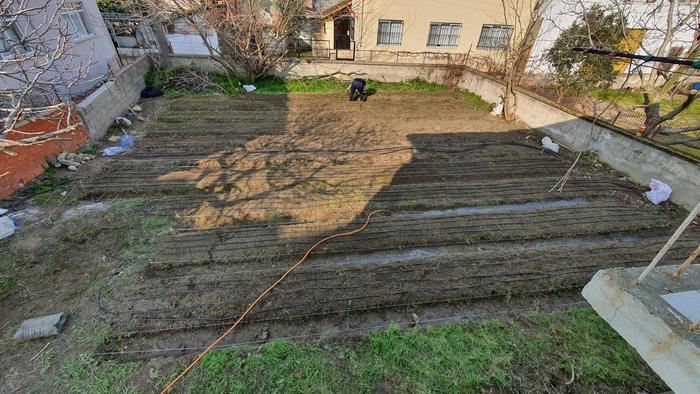 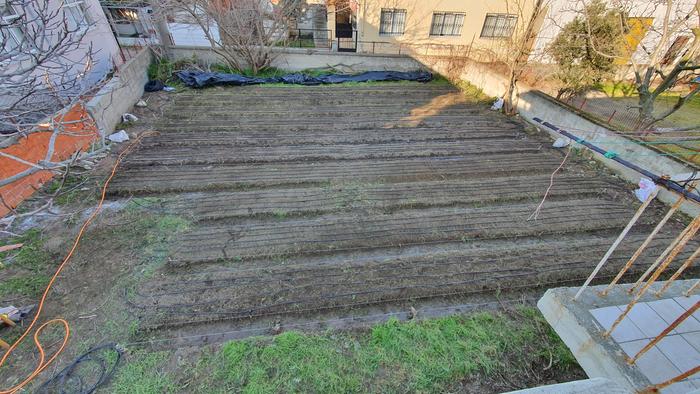 I planted potatoes, Jerusalem artichoke to the first two beds and covered the remaining beds. I will be planting sweet potato, pumpkins and corn. I don't want to deal with weeds this year, who knows whether there will be travel restrictions. Noone needs to build market garden beds to grow sweet potato, pumpkin, potato or corn. I wanted to built them as I had the chance. 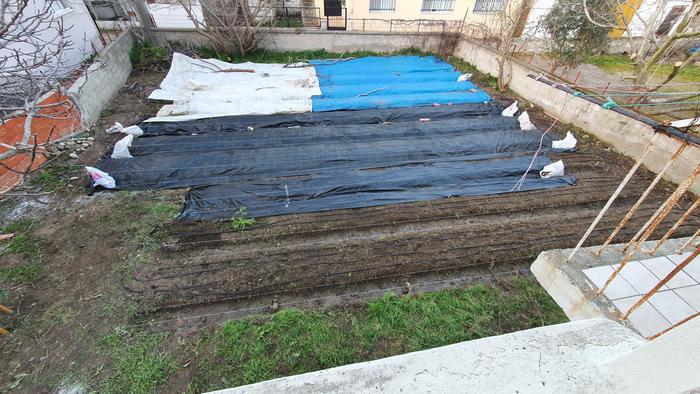 So now I have roughly 100 square meter growing space (that we built in two days) in addition to my original veg. garden -roughly 250 sq meter (that took over 10 years to build)

The best part of this garden is that it is soo isolated I can actually grow many special varrities with no worry. Such as Greg's (thanks!), Lofthouse's popcorn, fava and landrace okra.

posted 9 months ago
WOW!! How exciting!! and soooooo much work! Score on that rototiller for establishing your garden, I bet that helped a lot. I can't wait to see what you grow there!