Miso-style Concoction out of Peas?

Ivan Shuhevich
Posts: 9
Location: Mother Russia
1
posted 2 months ago
After eating sushi I decided to research what exactly is soy-sauce and how it's made. One thing led to the other and before I knew it I've watched a Korean guide on how to make miso at home.

The guide I watched was interesting and involved these steps in making the miso, which is a thick fermented soybean paste:
1) Soaking the soybeans
2) Cooking the soybeans thoroughly
3) Straining the soybeans and then grinding them into paste
4) Shaping the paste into blocks or "loaves" and hanging them to dry
5) Soaking the loaves in very salty water
6) Separating the water from most of the solid bits of the soaked soybean loaves and mushing those bits into a paste
(Soy-sauce: the water is then boiled)
7) The wet mush is left to ferment until it is ready

Simple enough! Though the problem is that the guide called for several months of fermentation in each respective step and the entire process would take a year from start to finish!

I imagine in this way of making miso the yeast is cultivated from the blocks of mushed soybeans when they're left to dry... or perhaps when they're soaking in the salty water... I am not sure.

Anyway this is just a preamble to my wild idea of trying to create a fermented paste out of dried peas. My idea is to use as a spread for my sourdough bread. I have taken a bunch of dried split peas and boiled it for around 4 hours. Though the peas is certainly different to the soybeans as I couldn't simply remove it from the water after it them for so long - it melted away into it and much of the goodness was fused in the liquid itself. So I just took the entire boiled batch, let it cool down, and then added a generous amount of salt and some of my potent sourdough starter. To speed things up I chose to use my starter instead having the peas develop its own yeast culture. Now this peculiar concoction is in a jar fermenting and in a few weeks I will check it to see if it's a good idea to consume it or not.

I wonder what will happen. Is my experiment going to be a disaster? Has anyone had any luck with fermenting stuff like peas? Is the drying process that was used with the soybean blocks important and was it a bad idea to skip it? What should I try fermenting next?
Harmony d'Eyre
Posts: 29
Location: Archdiocese of Galveston-Houston (Texas Gulf Coast, USA)
17
I like...

posted 2 months ago
This is an interesting question, and I'm now following your thread to see how it turns out.

I don't have any experience making miso myself, but I found an older thread that might be useful to you discussing making miso from soy, chickpeas, adzuki beans, etc.:
https://permies.com/t/52034/kitchen/miso-home

Harmony d'Eyre wrote:This is an interesting question, and I'm now following your thread to see how it turns out.

I don't have any experience making miso myself, but I found an older thread that might be useful to you discussing making miso from soy, chickpeas, adzuki beans, etc.:
https://permies.com/t/52034/kitchen/miso-home


That video I've watched was interesting since the method of making the concoction differed from the one outlined in the thread you posted and in some other outlines I've read online.

In both methods though the crux of the fermentation is made in a liquid and I think I made a mistake by not emulating this properly.

There appears to be some mold (?) growing on my peas paste. It's only on the top and it's greyish-green and slightly fuzzy. Not very appetizing in the least. I believe this may have occurred because of insufficient liquid that was left in the peas that evaporated and led to exposure to air the top layers of the paste. I may be wrong but either way I don't like the way it looks. 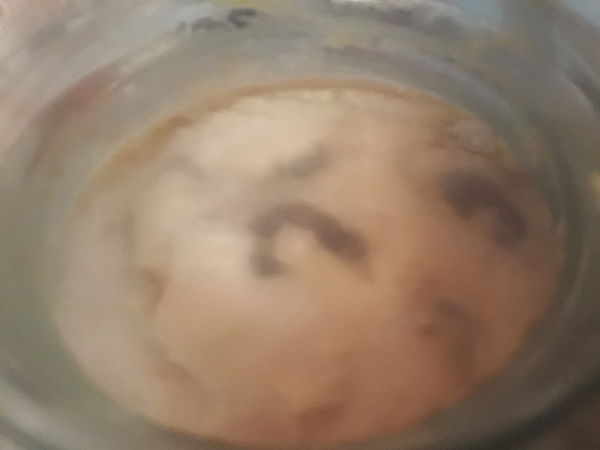