New medicinal honey - What plant do they use in Revamil?

Amedean Messan
pollinator
Posts: 928
Location: Melbourne FL, USA - Pine and Palmetto Flatland, Sandy and Acidic
41
posted 8 years ago
A Dutch company recently released a series of products which are pharmaceutical grade antibiotics. They are products derived from honey by a plant I am unfamiliar with grown in greenhouses. It is not another manuka product but I did find a comparison on effectivenes against bacterium cultures in the link below.

Other than one strain of bacterium, the Revamil was much more effective compared to the manuka honey. I could not find any reference online to what plant is used to harvest this antibiotic medication as I imagine it is a business secret but this is very interesting to me because being from the Dutch, the region requires a cold hardy species and I cannot grow manuka here in NC. Any evidence as to what plant the honey is derived from will be greatly appreciated. 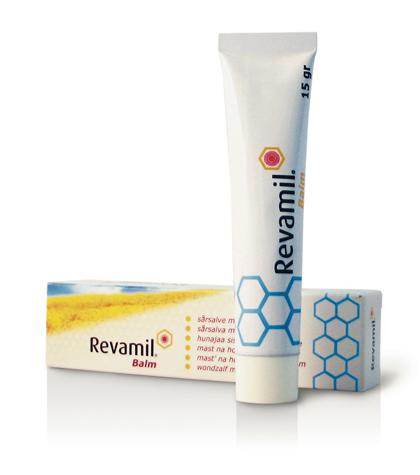 Tim Crowhurst
Posts: 45
Location: Bedford, England: zone 8/AHS 2
1
posted 8 years ago
Monofloral honey production relies on limiting the bees' access to other sources of nectar by either providing an overwhelming abundance of one particular plant (heather, lavender, borage) or a plant which produces vast quantities of nectar (orange-blossom). As a method it is very reliable - it's been in use for thousands of years - so a greenhouse isn't really needed for monofloral honey production, which suggests they need a greenhouse for another reason. With the exception of those which cannot tolerate the very long/short days of northern Europe's summer/winter, any plant can be grown in a greenhouse as the climate and nutrients can be controlled precisely. A large proportion of the food eaten by Europeans, mainly salad vegetables and some fruits, is grown in heated greenhouses, often using hydroponic systems. So the most likely reason they're using a greenhouse is that the nectar source they're using is a non-native frost-tender plant that wouldn't survive a Dutch winter. And despite being much further south than the Netherlands, I'm pretty sure that the piedmont region of NC has harsher winters.
Amedean Messan
pollinator
Posts: 928
Location: Melbourne FL, USA - Pine and Palmetto Flatland, Sandy and Acidic
41
posted 8 years ago
I doubt the honey is a result of an expansive multifloral combination. From the pictures I have seen of the green houses used from the company website, it appears to be primarily used to isolate the bees to a specific flora. They also claim from the website that the bees are collecting from a specified flora - due to the long narrow greenhouses I suspect monoculture.

posted 8 years ago
I wonder if they are just running bees in the tulip greenhouses?

Call my cynical, but I think it's a fair guess that if they already have huge greenhouses full of stuff to export, they'd find a way to market any byproducts, finding ways to describe them in terms that make people believe they are actually better. I might be totally wrong of course...

Posts: 1748
Location: Western Kentucky-Climate Unpredictable Zone 6b
106
posted 8 years ago
All honeys contain glucose oxidase which converts glucose to hydrogen peroxide. Two honeys which we know contain other antibiotic substances are Manuca and Echium vulgares - Vipers Bugloss which is native to Europe and N America. Perhaps that is the one. I have used the "Medihoney" product to treat decubitis ulcers and unhealing surgical wounds {I am a Registered Nurse }. They are used to inhibit bacterial growth rather than stop active infection. Infection is the biggest deterent to healing besides poor nutrition , poor circulation , and non-compliance. I would say that the treatments are effective but not miraculous , so it is difficult to get the clinicians to try these products unless other more cost effective treatments have failed. I understand that these products are gaining use on Burn units. On a personal note , I have used manuca honey as a immune booster - everyone for months - patients and nurses were suffering round after round of respiratory and intestinal blights . Truly it was like a plague . I took a half teaspoon of manuca honey right before I left for work - did not eat or drink for a couple hours after - just let it coat my throat and no disease on my part. This was no ordinary epidemic - MRSA and Cdiff were rampant. I like the taste too, like sweet turpentine , mmm mmm !
Vipers Bugloss is available on JLHudsons site but cannot be shipped to Montana.

They are used to inhibit bacterial growth rather than stop active infection.

That sounds about right given it was likely applied topically. From the link on my original post the researchers claim that at least for in-vitro both the Revamil and the manuka honey are antibiotic. This is also true for the drug resistant strains of bacterium where both samples proved effective. They may have qualities inhibiting growth as well but I imagine it would be a compounded effectiveness.

Either way, whatever plant used for Revamil is clearly under my radar. I am aware of other studies under the University of Queensland that tested little over 250 different floral honeys for antibiotic properties with varying degrees of effectiveness but due to the difference in climate any recommended plants would not be viable under my climate conditions. Also, from what I understand they did not discover a significant antibiotic sample similarly effective to the manuka honey.

Posts: 1748
Location: Western Kentucky-Climate Unpredictable Zone 6b
106
posted 8 years ago
As far as these medicinal grade honey products , it is the antibiotic components that survive pasteurization that matter . Raw honey has many good qualities , you just can't stick it inside open wounds or on burns . It is those two honies - Manuka and Vipers Bugloss - that have properties which survive pasteurization.
Vipers Bugloss will grow in NC.

Amedean Messan
pollinator
Posts: 928
Location: Melbourne FL, USA - Pine and Palmetto Flatland, Sandy and Acidic
41
posted 8 years ago
Hahah, I just noticed that if I search Revamil that this thread now shows in the first page of Google.

Posts: 1748
Location: Western Kentucky-Climate Unpredictable Zone 6b
106
posted 6 years ago
Bumping this with a link to data about vipers bugloss . Taking into account medicinal components in your honey and long blooming times for pollinators why would you not want it :

From a site promoting its reintroduction {vs. the ones which call for its eradication - invasive my ass !}

Amedean Messan
pollinator
Posts: 928
Location: Melbourne FL, USA - Pine and Palmetto Flatland, Sandy and Acidic
41
posted 6 years ago
I just looked into this but I found some warnings on vipers bugloss due to studies in this link which stated there was evidence of pyrrolizidine alkaloids in the honey and pollen. On the good news, I found a link here which describes the plant as a very good source of pollen and nectar.