posted 3 weeks ago
Yesterday I went down another Paul Wheaton rabbit hole and read everything I could on cast iron. Rich soil : cast iron

I don’t own any heritage cast iron, I have a bunch of lodge ironware. I primarily bought a pan for camping trips as it felt a little more authentic. Since then they’ve found their way into the kitchen and I’ve added and use at least one daily.

A couple of years ago I was given a de Buyer carbon steel ‘wok’. It’s a beast and I’ve included a picture of it next to a standard 12 inch lodge pan.

You treat de Buyer carbon steel in exactly the same way as cast iron - seasoning and cleaning. Paul talks about the old cast iron having a milled surface and lodge is pitted. Carbon steel is dead flat.

I know the lodge is slightly bigger, but that’s a huge difference. I’m likely to fail my ‘fry an egg on cast iron’ badge because I can pick the thing up to slide an egg around, I had to use a metal spatular.

Anyway, this isn’t an advert for de Buyer as I’m sure there are other makers out there using carbon steel. I do really like there pans though and think they could be a good alternative to cast iron. (They also ship them covered in beeswax, which is nice). 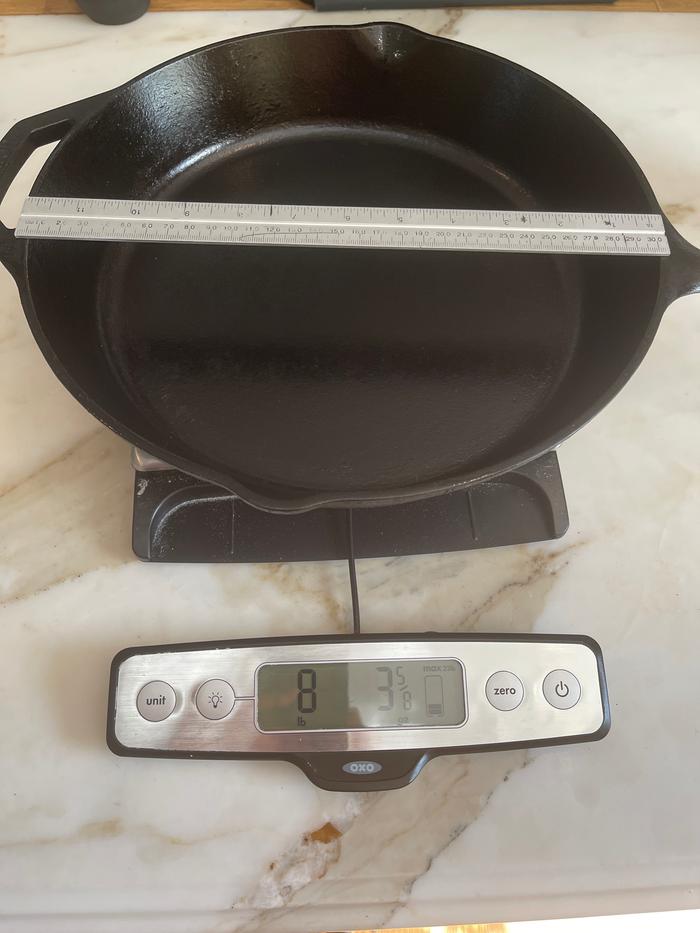 bruce Fine
Posts: 1280
75
posted 3 weeks ago
I like your wok, a lot, its very nice. a good wok is on want, need and wish list.
if you have problems cooking with cast iron pan with rough surface. it can be smoothed flat with sanding.
a random orbit sander would be ideal. its not just my idea.
here are others experiences
https://whatscookingamerica.net/information/sandingcastiron.htm
Anne Miller
master steward

posted 3 weeks ago
I love my 12" Lodge cast iron frying pan.  I have two 12" and several of the smaller ones.

Though I have had to give them up because they are too heavy for me to cook with.

I mostly use stainless steel.

If I were looking into getting new pans I would certainly look at carbon steel ones as they are probably not as heavy as the cast iron.

Here are a couple of threads about carbon steel pans that you might find interesting:

And I see there is one in the Similar Threads, too.