I'm new to the sheet mulching concept (and gardening in general).

I'm in the process of preparing a sheet mulch. I would like to know if instead of compost I could use manure too. Reason: I get manure for very little money, compost not. The whole bed would have time to decompose until march / april (although I guess decompostion doesn't take place during freezing months?) I live in Canada.

I read that I should use 1 to two inch compost layer under the last top layer... Some articles say also I could replace it with manure, but I'm just not sure because there are so many different informations. The area to cover would be about 50 square meter (538sq ft).

posted 8 years ago
Yes - just watch out for the toxic manure (as being discussed on another thread.) Know where it comes from and what the animals are being fed.

One thing you may end up with, however, is a lot of pigweed and other weeds that pass through the animals' digestive tracts unharmed. I'd put the manure well under the top layer just to keep potential pest seeds from coming up.

Compost is bloody expensive. I sheet mulched and stuffed kitchen scraps under the mulch all winter long, as well as pouring diluted urine over everything. I put down cardboard, straw, leaves then a fat layer of shredded mulch from the city. It took about six months, but the ground beneath quickly darkened and increased in fertility. A year later, the garden was incredible.

Steve Paul
Posts: 3
Location: Eastern Canada
posted 8 years ago
Thanks for your response.

I should have asked before, could I also use potting soil? That's something I could easily get quite cheap.

I have a lot of trees on my lot but many leafs seem to be affected by some kind of fungus. I know that it survives winter (apple scab for example). Would it be a bad idea to include this kind of material into the sheet mulch?

posted 8 years ago
If you're not super limited on your organic matter, you should probably burn badly infected plant material. It's worth it, long term. You can always make "biochar" out of the results, or let it burn all the way and throw ashes around. I'd rather destroy a virulent disease than perhaps keep it on my property via compost. That said, some things aren't a big deal. Some of the leaf spot stuff doesn't bug me and I would compost them for use on other crops... but diseases like fireblight raise serious red flags. I want that GONE!

As for potting soil, that would work fine. It's not necessarily as "alive" as something like compost, but it's a good growing medium. If you have some mulch, throw it down on top and pray the worms show up. They're what you want. Saving urine is another good move. Splash it on top of the sheet mulch through the winter and you'll increase the decay rate by lowering the C/N ratio.

(I know... it sounds horrible. But there seems to be a deliberate design to the nutrient cycle... it might as well go somewhere other than into clean water and off into the sewers. The stuff is seriously like MiracleGro.)

Out of curiosity, what does your native soil look like now?

greg patrick
Posts: 168
Location: SoCal, USDA Zone 10b
3
posted 8 years ago
Manure is high in N and wood chips are high in C, so combining them works great. The chips mulch and add nutrients and by adding some manure you won't have a problem with the wood locking up the nitrogen in the soil. My plants have never been this happy. But I grow my own manure and I know it's clean. Be careful of dewormers and herbicide residues in manure.

Out of curiosity, what does your native soil look like now? 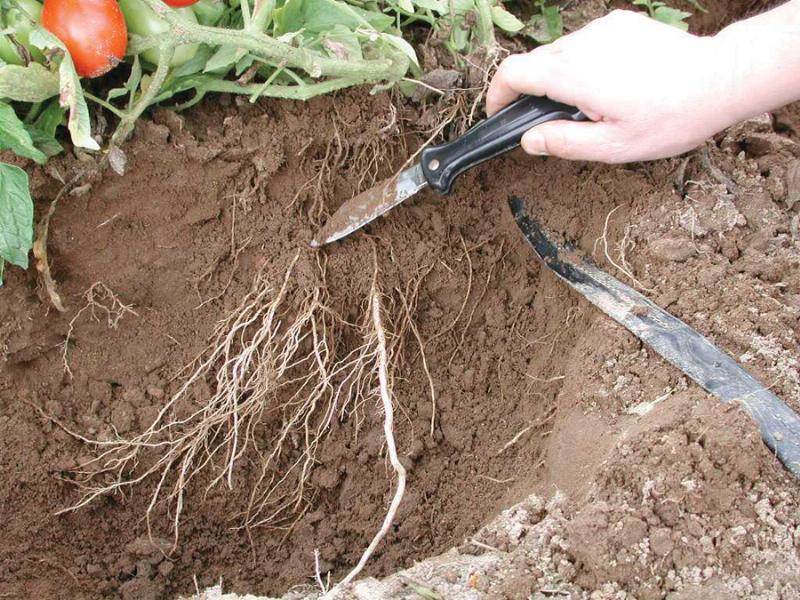 I took this picture from the internet.

For 20 years or so there was only weed/grass on it, if I dig a few inches there are almost no roots, no worms nothing, just earth. Which brings me to another question. Where do worms come from when there aren't any? Is it maybe a good idea to buy worms (something like those used as bait for fishing)?

I appreciate your help very much.
David Good
gardener & author

posted 8 years ago
That's some nice dirt! I'd give half my favorite tonsil for soil like that.

From my experience, worms will find organic matter when you lay it down. If you really have a wasteland, it'll probably take longer. I think a lot of the worms in typical lawns have been poisoned or pushed out by lack of food and temperature extremes, but the little guys are resilient.

Something I found attracted them like nobody's business: rotten straw. Also, piles of rotten leaves, decayed wood piles, rotten cardboard boxes... look in those places and you may find some you can transplant to your beds. Old trees with deep shade beneath them and plenty of humus in the ground are nice as well. Shady, moist, cool corners are worm havens.

You could also buy bait worms and put them in, if you want to. They'll stick around if there's plenty to eat (rotting organic matter) and it's moist. It takes a while for them to build up a population, though. My worm population when I sheet mulched in TN didn't go crazy until about year 2. Then they were everywhere... and the work they did beneath the surface on formerly hard clay was impressive.