William Egan
pollinator
Posts: 117
36
posted 3 years ago
This is a pond I built about 7 years ago I think, I was very resourceful and not counting my tractor, fuel or my time I spent about $600 dollars building it. It is on the highest part of the property so there is no runoff  but I have a 30 x 72 ft. high tunnel that has no problem filling it from the runoff. The pond is 32 x 52 ft. and 11 ft. deep. I lined it with old chain link fence and chicken wire with 2 in. cement. Its got plants on the sides and drain tile under the gravel that the plants are planted in and a pump to circulate the water. It works really well but I am building an earth bermed pond below to circulate  water from to keep the cement pond at a constant level.
I hope maybe this will help give you a few ideas, good luck.

posted 3 years ago
This pond was built around 20 years ago. It's spring fed and has a nice population of frogs, turtles and such. It also has some really nice bass and catfish. It's on the small side ( 1/2 ) acre but it's deep at the center ( 16' ) so everything survives the Winter no matter how cold it stays. It's a haven for wildlife...I could sit by it all day watching the swallows skim the surface. In the evening the bats take over. There's a overflow to maintain the water level. The spring provides a constant flow with a good rate so we have almost no algae problems, unless there's a bad drought...then we sink a few bales of barley stray, which seems to help a bit.
Took-this-shot-while-we-were-doing-the-third-cutting......jpg
barn-swallow-flying-over-pond.jpg
Travis Johnson
pollinator
Posts: 4958
1185
I like...

posted 3 years ago
My neighbor built a pond quite awhile ago, but I do not like how he built it. he just dug the pond out, hauled the overburden away and dumped it into a big pile. The trees have now grown up through it but it was not really finished well, just dug out. But the interesting thing is, it is heart shaped, so you can really see it from the air or on satellite photos.

It is in a very isolated spot, and is known to locals because they will have drinking parties there. The guy is a hunter so he built a bathroom beside the pond, so kids go up there and start a fire in the burn pit, drink and have a place to go to the bathroom.

We were just there last week. We had a picnic after church at the pond, then hiked down a trail to some "cliffs" that from the top you can see our house and farm. Our daughters enjoyed that.

John Hutter
Posts: 92
Location: Central Oregon Coast Range, valley side
17
4
posted 3 years ago
I was so stoked with my water catchments that I made a video for a friend, whose also a Fleck/Thile fan haha

apologies for the mud and muddy waters. Those cuts were still fresh when the paddyponds flooded for the first time in early march of this year. All the ugly mud slopes were healed and green 3 months later (I sow weed seed!) but there was no standing water in the big paddy 4 days after that downpour. Lots of sealing to do on that one yet, whereas I cheated and brushed 25 lbs of sodium bentonite dust into the deep cracks of the dry dry summer clay in the upper paddy and it seems to hardly seep at all now

Also, if a person is going to do the somewhat illegal/dreamy thing and have 2 or more sizable water surfaces within about 10 horizontal feet of eachother and with about 10 feet of elevation difference between them on nothing but earthworks, they should probably be sure to make paddies and not ponds (or maximum water depth of like 3 feet I think?)

I observed the catchment wasn't big enough to flood anything more than the neighbor's yard for like a minute or 2 with a 1 or 2 inches of water in the event of a failure, so fu@% it let's experiment. Upon becoming thoroughly wet and holding back its full capacity of water, the embankment didn't melt. Hurray

I fastened a madrone log to the end of a 6 foot beaked hazel stick and exhausted myself repeatedly mauling the clay when it was properly damp after rains.  Also bunny hops on the catwalk.  The thing's you'll do in the absence of heavy equipment.

Now I just need to make $$$ for an excavator to do a natural swimming pool, not gonna dig that by hand...and to make the tiny paddies as big as the big paddies (and add like 10 more, after removing more stumps by hand derp) and then seal them so well they hold water all summer and get that upper spillway to feed into a big piece of bamboo, which keeps its elevation and extends into the middle of the larger lower paddy.  Waterfalls! Then when things fill up again its gonna get real dreamy

posted 3 years ago
I love seeing the beaver ponds, as long as it is oaky with Steve as it is his topic that he started.

Last winter I was looking at geology, and naturally gravitated to the streams, and thus saw a lot of beaver ponds, but in the last few weeks, there have been three logging outfits within a few miles of me, so I am afraid many are no longer as pristine as they used to be. I am glad I was able to take some pictures of them before the woods were logged over.

This is a cool picture. It is on me so it is still safe (although I do log), but it shows (3) beaver dams in a span of only a few hundred feet. It happens to be in a pretty good drop between two major beaver ponds situated 90 degrees to one another. It is not very often you can stand in one spot and take a picture of (3) beaver dams.

posted 3 years ago
Here are some photos of tiny ponds made by 1 person.

for the original threads containing much more info. see links below: 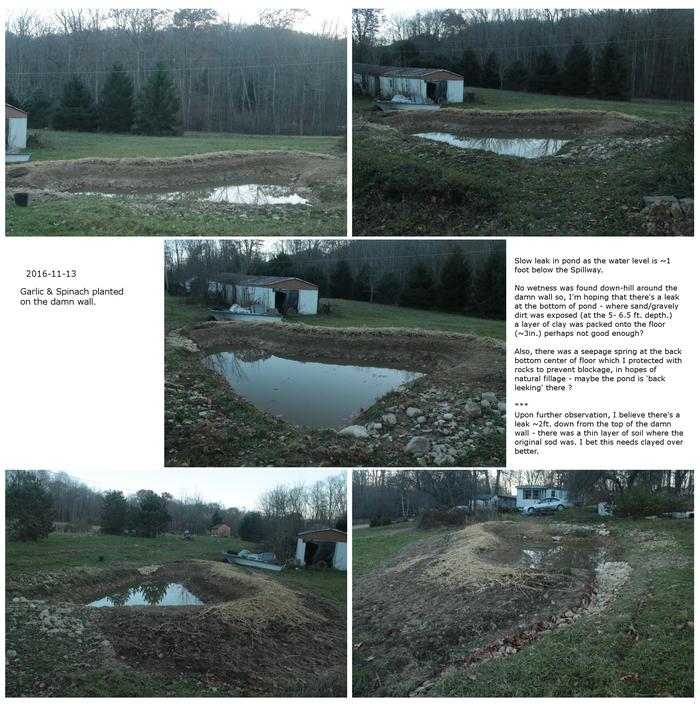 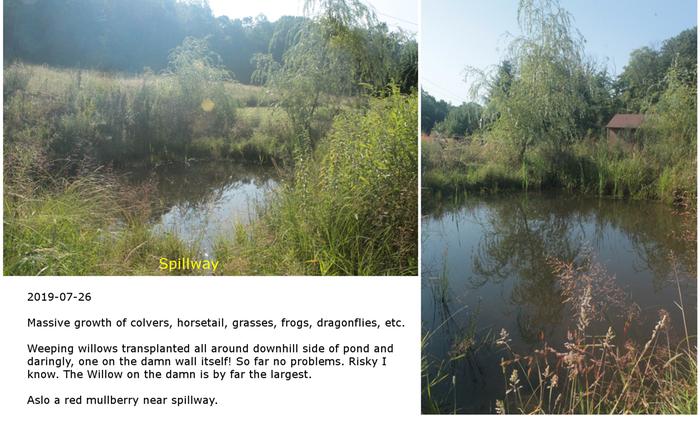 posted 3 years ago
As we're near the top of a hill, we have a lot of small vernal ponds to prevent water run-off. This is one right on top of the hill, looking towards the house. 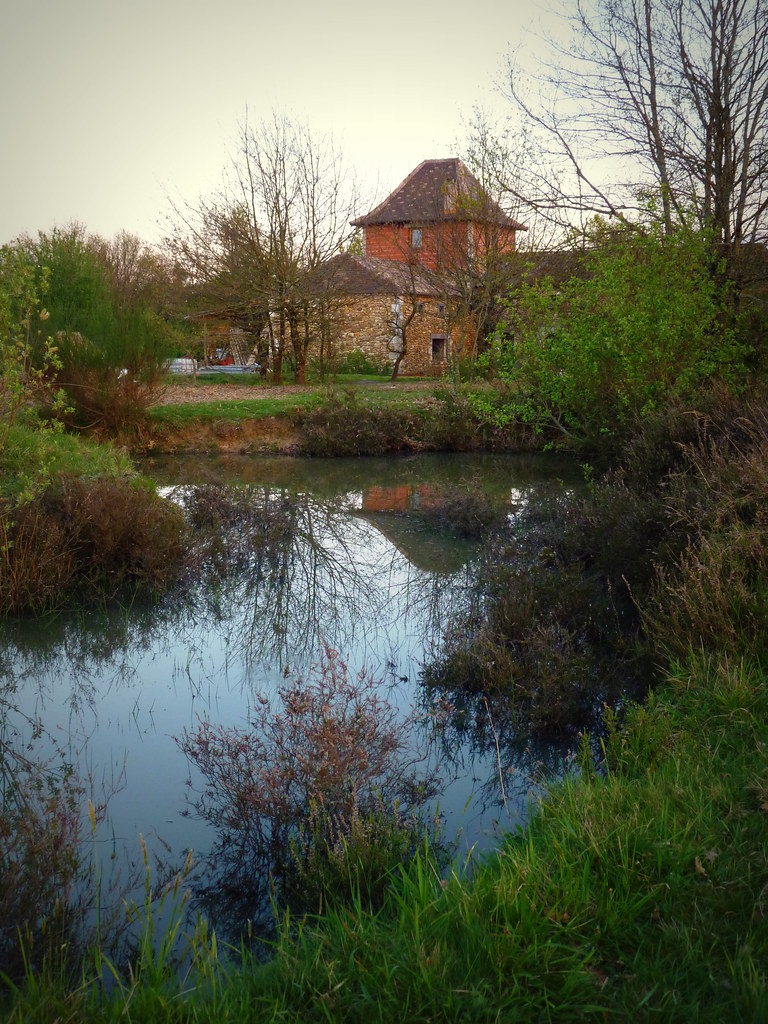 This is another small pond just in front of the house 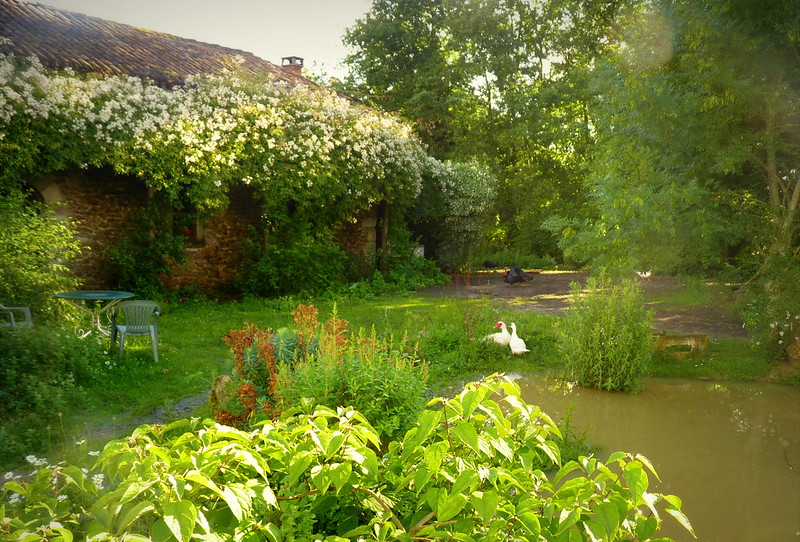 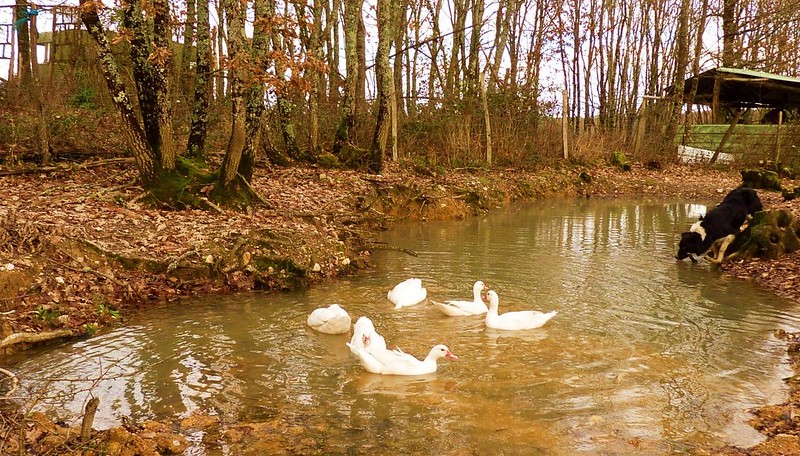 This is our biggest pond (A double pond with false bridge) for swimming and fishing, we made it about 30 years ago and it's fed by a stream 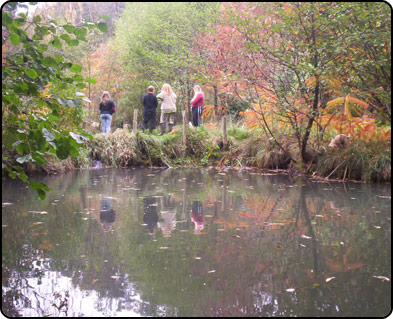 This is a pond we re-laid with cement after several years of problems with liners. It's fed rainwater from the house front roof and takes the final water from the grey water sewage system that we finished last week! I can't wait to see how the system works and to make it a pretty place to sit doing nothing.

This is our latest pond which is being puddled by wild boar, it's fed from a swale 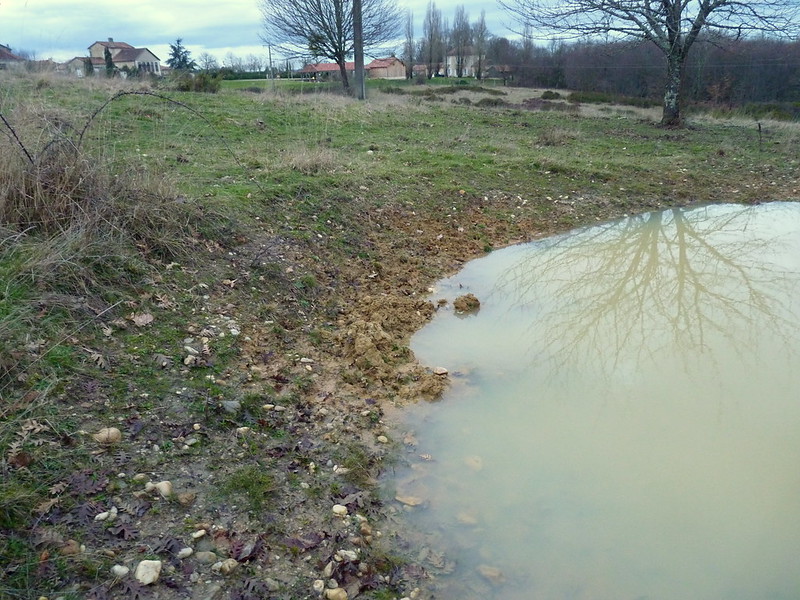 posted 3 years ago
I added a pond this summer, second one on my property so far. It's in area that was previous not farmed because it was too wet, it's at the bottom end of a field where the water naturally channeled and also a frost pocket. It's in clay soil, fed only by surface run-off. Neighbors doubted it would fill up with only surface run-off but I did my homework. It was dug in June and was completely full by the end of August; that's right it filled up in the driest part of the year. I did have some help from Hurricane Dorian; the problem is the solution!

Still some work required in greening dam and edges.

During-pond-construction.jpg
After-pond-construction.jpg
JoAnn Peterson
Posts: 4
Location: North Idaho
2
posted 3 years ago
We purchased a family property that has many years of neglect, which in some cases is a blessing. Opening up a 100 year old ditch is bringing the big meadow back to solid ground after growing canary grass and cat tails for decades. Undecided about dredging (Corp of Engineers permitted) the glacial bog, but hoping to put in a series of ponds along the drainage ditch toward the creek. My Grandfather had cattle and Timothy in the meadow when the ditches were kept open. The beaver raised the water level with dams in the creek. I am a little old to be starting on this huge endeavor 😜 Silt & Clay under the black peat and volcanic ash with a high water table.
38757515-36B6-4513-8E13-5CDE7C9EBB69.jpeg
Small-test-pond-dig-accessing-peat-for-gardening..jpeg
9BEEBF6E-75EA-481F-B893-DB29006664EA.jpeg 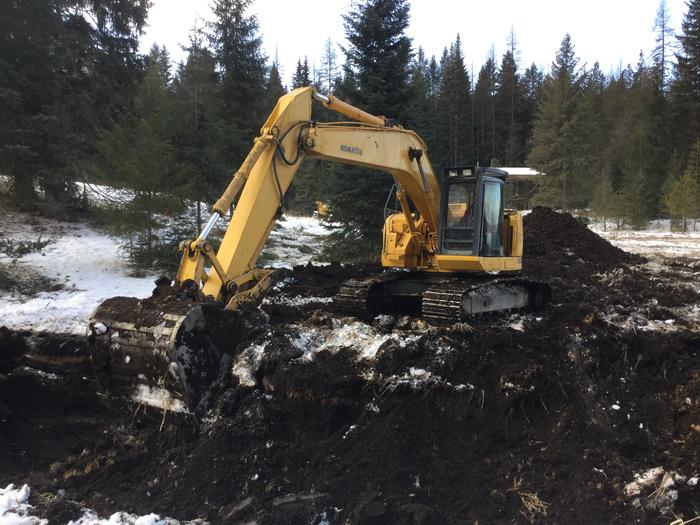