What are those turkeys eating?

posted 6 years ago
The pictures of the turkeys up there are really cool. I know very little about wild turkeys and have never been to Montana.

What types of food do those things eat?

posted 6 years ago
Here's Sam's pics of the turkeys: 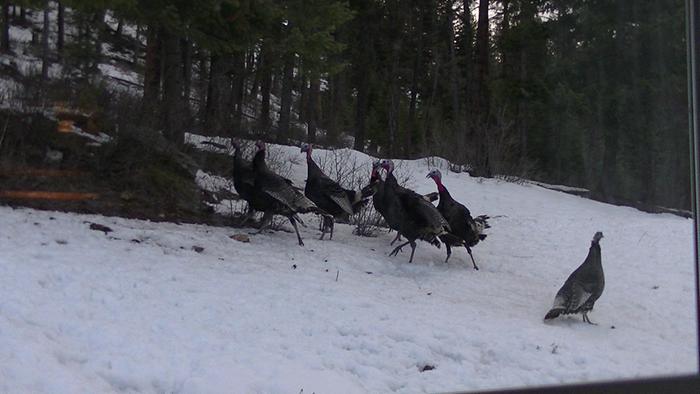 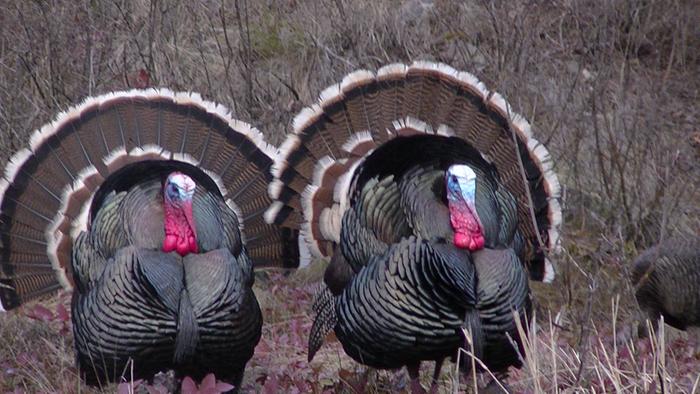 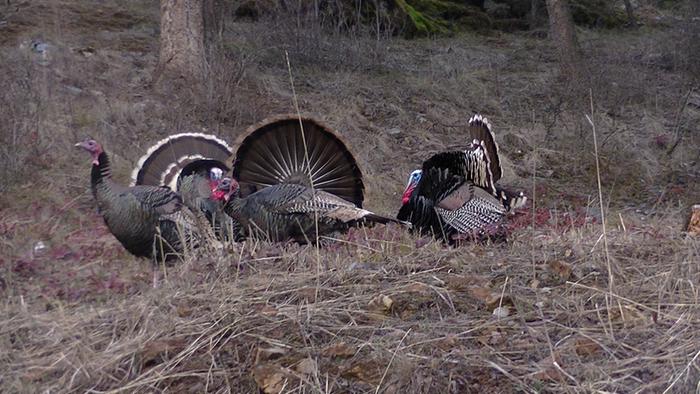 Last fall, we had a HUGE infestation of Western Conifer Seed Bugs. In the evening, the southeast facing wall of the garage would be covered with the things. I am hoping the turkeys ate copious amounts of these noisy, pervasive, smelly buggers and are continuing to find and decimate their larvae. 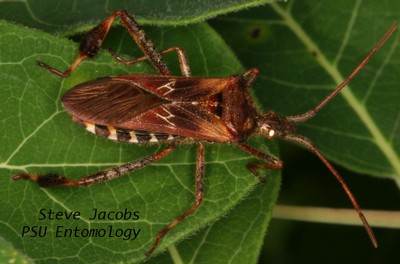 According to Wikipedia's page on the conifer bugs:

Their primary defense is to spray a bitter, offending smell, though sometimes they can smell pleasantly of apples, bananas or pine sap; however, if handled roughly they will stab with their proboscis, though they are hardly able to cause injury to humans as it is adapted only to suck plant sap and not, as in the assassin bugs, to inject poison.

The PSU page on the bugs (also linked above) states:

The western conifer seed bug's consumption of Douglas-fir seeds and seeds of various other species of pine results in a substantial loss of seed crop. Thus, its direct economic impact is a reduction in the quality and viability of conifer seed crops.

I think they also enjoy the grasshoppers and crickets, any other bugs, seeds, vegetation, plus the kitchen waste we put out to "compost" (ahem!).

posted 6 years ago
Ooo, I found this shiny field guide to the wild turkey - Meleagris gallopavo. 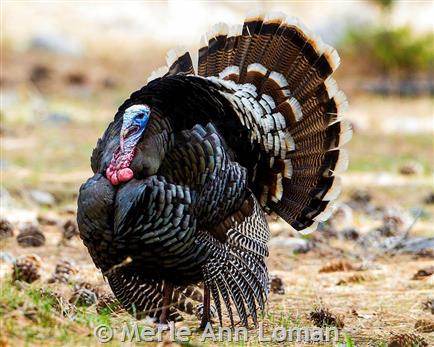 posted 6 years ago
Snowberry ! I have tons of that, might have to look into getting a few turkeys.

posted 6 years ago
Someone told me they would raise Narragansett turkeys and "somehow" a few wild ones would get into the pen, too. They enjoyed the meat of all of them!

So, TIL, the Narragansett descends from the wild Meleagris gallopavo and domesticated turkey. They look quite similar.

posted 6 years ago
I woke up one winter day to a turkey up in an apple tree, knocking down frozen apples so he and his pals could feast. There are a few trees here that will hold onto their fruit right through the winter. It's usually the first thing that the squirrels and robins like to eat when things finally thaw around here. Turkeys are too heavy to get the ones on the end of branches so everyone gets a little spring time pick-me-up. Although they can fly, turkeys are not graceful creature when up in an apple tree.