posted 6 years ago
Some people want to stay here in an RV (land whale) or trailer-camper or something similar.

We have had some people come and park and they don't need to connect to electricity or run a generator. That always seems to work out fine. I guess what they bring is like a huge box that has beds in it and all their stuff.

Sometimes people bring a few solar panels - that has worked out great too.

And we had somebody come and they wanted to connect to our power. And they used a LOT of power. I suppose I don't mind if they throw in some huge gob of money that is way bigger than what it will add to my electric bill. Like maybe a hundred bucks. But we aren't really set up for that right now. Maybe in a year we can have some spots to plug in that wouldn't be so dancy. So, for now, let's just say "no" to plugging in.

Next, we had some people that ran some noisy, stinky generators. Let's just say "no" to that also.

I think the best bet, at this time, is to set up on timber company land. There are lots of spots nearby and folks can run their generator as much as they like.

If people want to park here and just be a dark box, or use some solar panels, I'm fine with that.

posted 6 years ago
Jesse stayed in a tipi on the lab, and posted this picture from last year (2013). 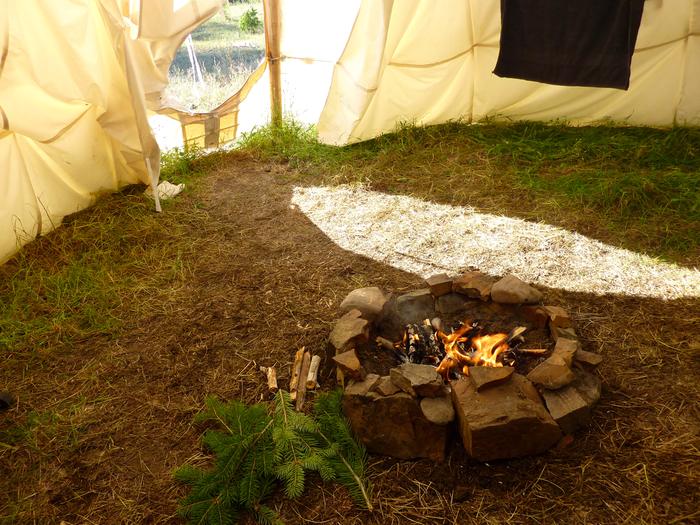