Thursday September 16: garden day & machine learning
Apart from the usual gardening tasks of watering and chop'n drop, I opted to work on stabilizing the hügel walkway between Mags's patch and mine. In the Library, I dug out every variety of clover seed we have and I made a couple mixes. I scattered them fairly densely in a couple spots in the garden.

Apparently they make a tasty treat fried, can make a batter to dip them in ... I can't wait to try this myself. 😋

I did, and I spread those seeds from the lumber yard outside the Love Shack! Sometimes I'll add red clover to my herbal tea mix. I had no idea about frying clover being a thing, though. I have attempted such culinary creations with dandelion heads, but now I might start seeing clover flowers as potential treats!

The latter half of my boot time was meant to be spent on the excavator which Paul has rented for laying pipe on The Lab. It didn't show up until later though, so the meantime was Solarium work. This time, that meant using the tractor to make level ground for the tractor so that it'll have room to maneuver while lifting the big log into place.

When Fred arrived with CAT in tow, I went along to help unload and get acquainted with the new toy. He showed me the controls, and let me have the first scoop. After explaining what needed doing and watching me learn to dig a trench for a while, he went to do other things and I carried on. It was very smooth, though I wasn't quite yet. Fred said I got the hang of it quickly, and remarked that I'd be better at it tomorrow simply for having slept.

Friday, I did go back to man the excavator; I had the whole morning shift to dig, dig, dig. My pace was pretty good, but for the first few hours I was making on average a 4ft trench, when we only need it to be 3 feet deep. I got quicker at moving dirt and more accurate with the depth. In those 3.5 hours I increased my rate of trench creation from roughly a foot per minute to 2ft/min.

After lunch, I went back for more. Drove the excavator to the starting point, and made a deeper pit for the hydrant to go outside Cooper Cabin. Then another 45 minutes of continuing the trench along the road. My rate was 3ft/min when I got to where I stopped for the day. While Dez made his first digs, Kolo and I used shovels to clean up some spots where I made errors. Then we helped Fred assemble a T-junction with pipe.

So I really enjoy the excavator, but sitting for most of the workday left me with energy to spare. I put it to good use and finished what I started with the road to the Love Shack. Namely, I relocated a few wheelbarrowfuls of rocks and dirt. That didn't quite get me totally exhausted, so I put the next layer on my hügel side project. That did the trick.
hugel-stairs.jpg
vicious-atop-hugel.jpg

posted 1 month ago
That is really cool, great to read the water line is going in! Is the frost line only 3 ft deep? I thought it was 4, so that water line would need to be 4 ft down to not freeze/burst, but maybe it's only 3 ft.

Talyn Crafts
Posts: 37
Location: St.Louis, Missouri
14
posted 1 month ago
Ooooo! Spreading the clover love at the love shack, I'm digging it -- or rather, you are! Nice work with the excavator, the epic soundtrack was fitting for such a video!

This morning, after having a most delicious müsli for breakfast, I loaded up the truck with stuff to take to the recycle center in town. I greeted the nice people working there, learned how what materials they accept and where things go, and shared a bit of my story. They asked me to come volunteer some time, which might be a thing I do. On my way out of town I poked around a box trailer full of books this guy way practically giving away. What's a few more items in my collection, am I right?

Got back to Basecamp and had lunch around 2-3pm with a mind to go spend more time on the excavator afterward. Fred briefed me with a drawing that showed what needed to be done at the Abbey. Once I was clear on that, I pocketed the key and headed up to the lab. Digging went well. I went until 8, using the working light on the machine.


Mark Brunnr wrote:That is really cool, great to read the water line is going in! Is the frost line only 3 ft deep? I thought it was 4, so that water line would need to be 4 ft down to not freeze/burst, but maybe it's only 3 ft.

Yes, I'm thrilled to be working on this big step forward! To guard the pipe from freezing, some will say that it has to be 4ft, and that seems to be the case for thermally conductive earth such as clay or rock. Our idea is that the sandy subsoil will provide enough insulation for us to be safe at 3ft (so long as there's majority sand).


Talyn Crafts wrote:Ooooo! Spreading the clover love at the love shack, I'm digging it -- or rather, you are! Nice work with the excavator, the epic soundtrack was fitting for such a video!

Oh, is that so? I've been meaning to submit some BBs. Huh, whuzzat? Oh, look! There's one right now! 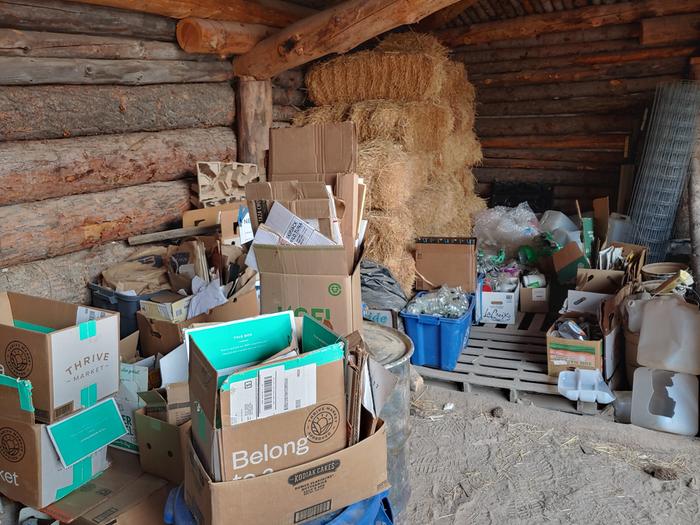 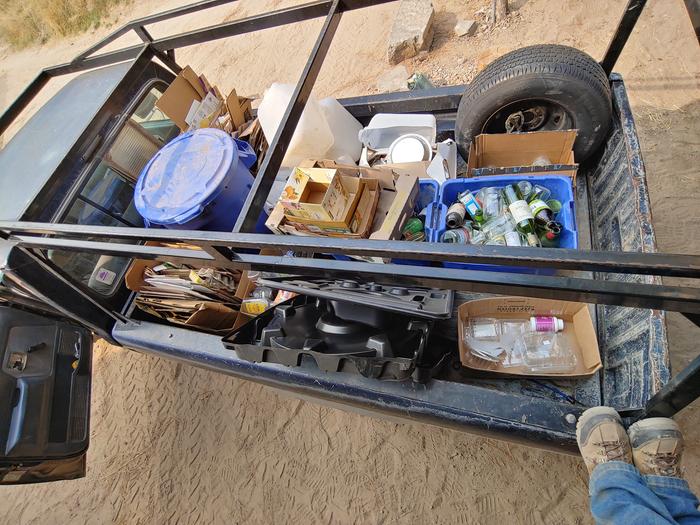 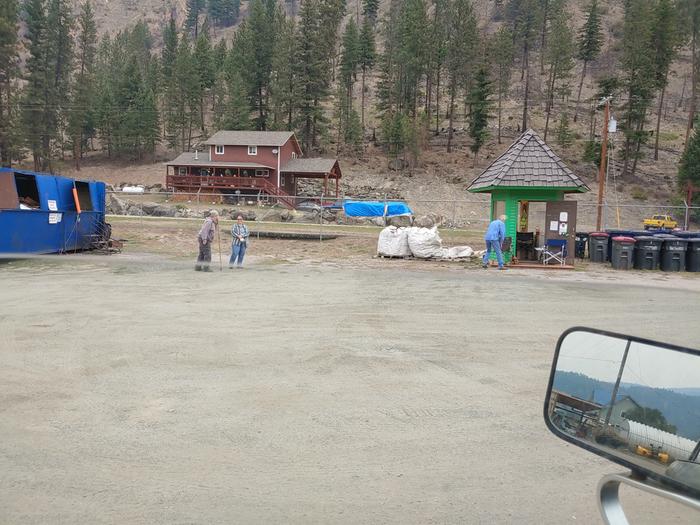 posted 1 month ago
Here's the link to the BB for harvesting and drying Red Clover in PEP Natural Medicine: https://permies.com/wiki/138317/pep-natural-medicine/Harvest-Dry-Store-Red-Clover#1084959

Kolomona Myer
Posts: 26
Location: Traveling about right now
8
I like...

posted 1 month ago
Here's another shot of the butterfly
ButterflysLoveGrey.jpg

posted 1 month ago
Hi Grey, do you know if the water line going in on the lab has any shutoffs along its length? That way in case there is a leak, it might be possible to isolate which section has it without having to dig up the entire length. Might be something to ask Fred if it hasn't already been buried

It rained last night, and throughout the day. I slept on the couch in the FPH out of my unwillingness to be uncomfortable for even just two minutes on my walk to the 'shack. So I got to see Paul at four in the morning, and at 8 just before he went up to the Lab to meet with Fred about the water pipe project. I had my usual for breakfast and took on the kitchen for the cleaning blitz, during which Paul returned.

He informed me that he wasn't up for operating the excavator that morning as he had planned; just like that, my excuse for not digging today had vanished. I met up with Fred and by noon I was seated in the cab of the machine moving buckets of earth with flicks of my wrist. Three hours in, Paul came by, ready to give the CAT a go, and I happily bowed out.

On the subject of cats, I gotta make up for missing Caturday.

Two new Boots arrived today. Welcome, Glenn and Will, I hope your experiences here are lovely! 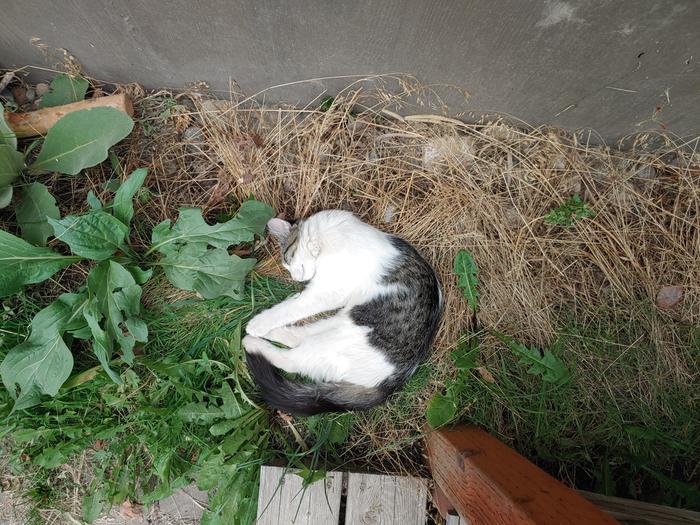 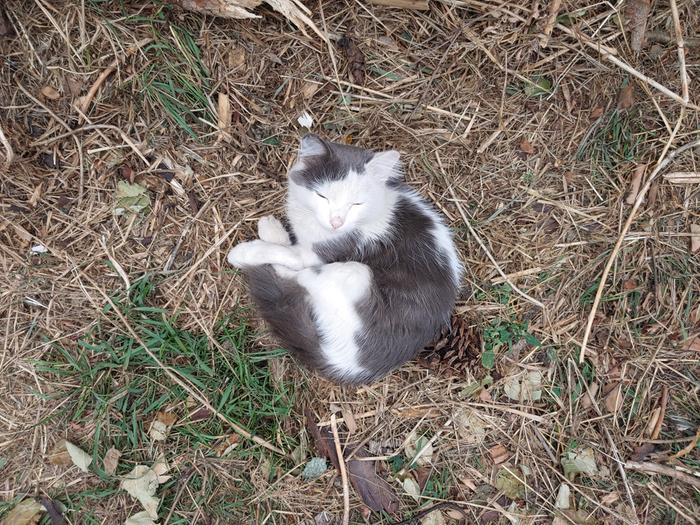 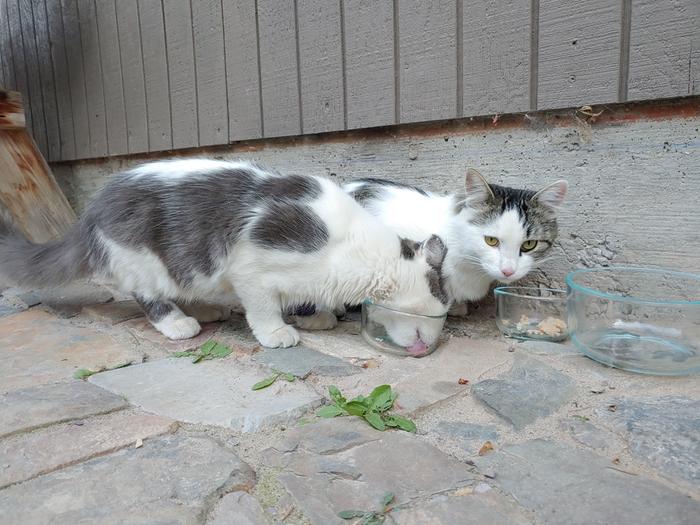 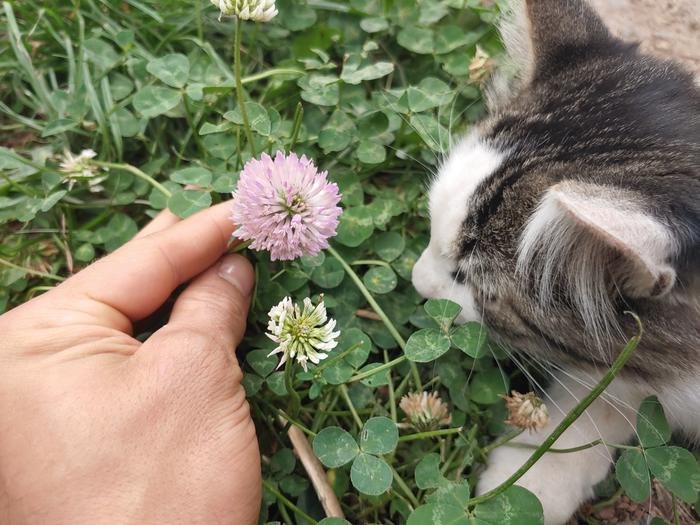 I woke up late, so no breakfast. Good thing it was gardening day, so when I got hungry I could munch on fresh food. The cold, damp earth under my bare feet also invigorated me. Our growies were all happy, still glistening with droplets from the night rain. The tasks consisted of the usual suspects: watering, chopping grass, rebuilding walkways, and composting.

After lunch, the new recruits joined Team Fred at The Lab, and Team Solarium succeeded with the highly anticipated log lift.

We secured the beam into each supporting post with a length of rebar. Before the workday was done, I decided I'd take the tractor up to The Lab, where it is to be used in filling the trench after the water pipe is laid. Of course, the real reason I went was to eek out a couple more hours of excavator time. Dez picked me up at 8:30.


Mark Brunnr wrote:Hi Grey, do you know if the water line going in on the lab has any shutoffs along its length? That way in case there is a leak, it might be possible to isolate which section has it without having to dig up the entire length. Might be something to ask Fred if it hasn't already been buried

Not that I'm aware of; we're keeping it super simple. We're about to bury some pipe, so I think it's too late for such a change in strategy. The pipes are plenty thick, and the fittings are extra tight, so we should be OK. I can't imagine the pain of having to dig up any length in order to find a leak. Hopefully we don't ever have to.
happy-plant.jpg 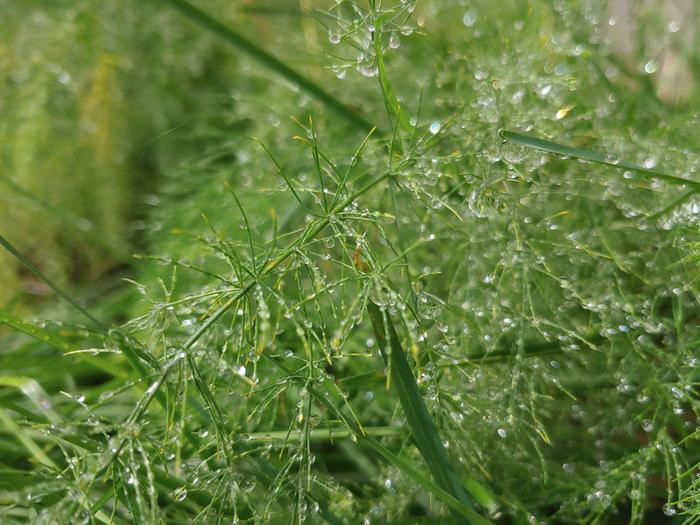 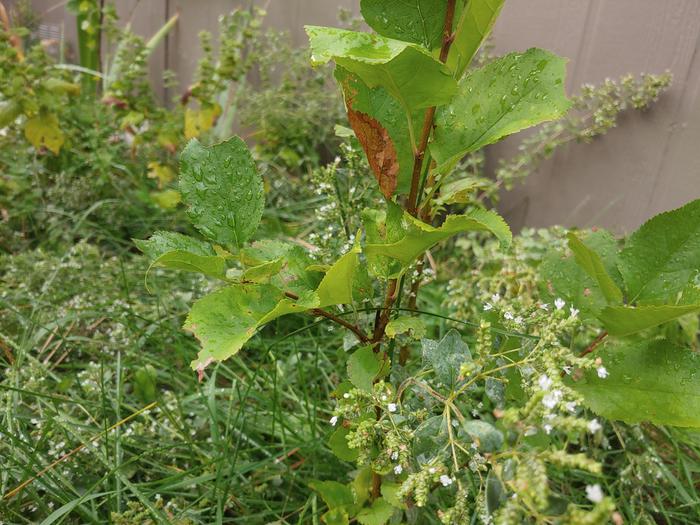 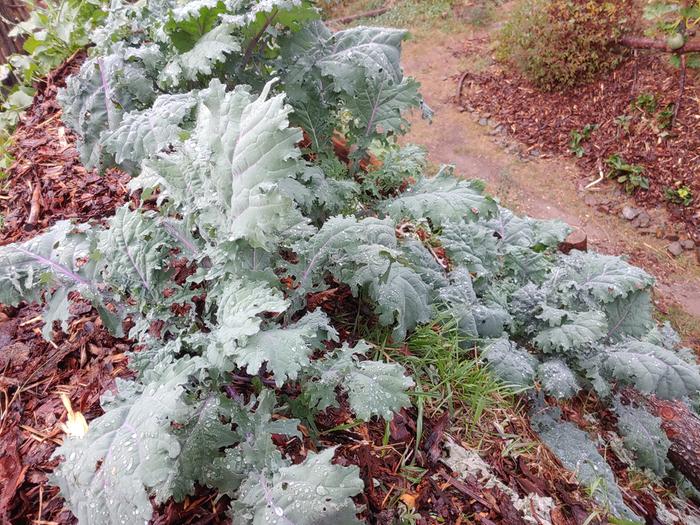 Lots of digging today. Lots more tomorrow, in all likelihood.

I cooked elotes (roasted corn on the cob) and chicken with a mustard rub to go with our tacos. My laundry and myself got a much anticipated washing tonight.
submarine-access-road.jpg
garage-Solarium-parking.jpg
turkeys-cross-the-road.jpg
blue-sky-at-the-lab.jpg