Andre Lasle
Posts: 67
Location: Mille Lacs, MN
6
posted 7 years ago
Back in May we did our first at-home slaughter, instead of hiring a mobile butcher.
I posted photos of the process and noted successes and failures.

We just butchered our third American Guinea Hog at-home in September, and I wanted to post more pictures.... and explain more successes, and FAILURES.
Failures are very important as they are the guardrails that correct us toward success. Not doing anything is "going over the edge".

It's best to start with the living pig itself...

I don't actually know if she had a name, now that I think about it.
In February my sow gave birth to a healthy litter of 6 piglets. I castrated one male to keep for myself, and sold the other five.
One of the five I had sold to my neighbor a mile down the road. They ended up getting attached to her and deciding they couldn't butcher her, but needing to get rid of her because she ate all of the duck and chicken eggs...

Who? Me? Sure, I'll take her back, nice and fattened. I raised her for her last two months at my house and then enlisted the previous owner to help me with the butchering process.
Even though it was only a .22 LR, one clean shot put the pig down peacefully without any pain or suffering.. We bled her in to a steel pan to save the blood for later.

We strung her up on a metal ganrty while having a fire going, heating two large caldrens of water for scalding and scraping off the hair.
Back in May when we did this, we had decent results- most hair removed nicely.

Not so much this time. The hair was tough and we had a poor succes-rate of removal.
Since this disappointing venture, I have purchased "To Kill a Pig Nicely" and FINALLY been convinced I need to make a set-up for dip-scalding instead....

Since we started the butchering process around 5pm, we capped the night off after scalding, scraping, eviscerating and head removal.
We then put a large canvas game-bag around each half of the hog and left them on the front deck to "chill" overnight.

After much fun playing music in the garage (until far to late), we awoke the next morning and began the dis assembly of the beautiful hog.

In June we did a hog and since it was not mine, the owner wanted to "skin" it, as opposed to removing hair.
Dealing with a skinned-hog is 3x's as hard as a scraped hog. A large greasy skinned pig makes quite a mess.
Keeping the skin on makes it a much cleaner and easy (thus less aggravating) process.

We wrapped various cuts in butcher paper (ribs, loins, shoulders, etc.) and set aside some for curing (bellies, ham, etc.)

That afternoon we ventured in to the Farmstead Meatsmith-inspired process of making blood sausage. (Not my first time, either).
In May we did the same, saving blood and fat and making this difficult sausage.
The texture was poor and the strong iron-taste didn't exactly sell itself to us folk who weren't starving or anemic.

But, my guests during this September butchering (after watching the Anatomy of Thrift videos, insisted by me *almost at knife-point*) wanted to try blood sausage themselves.
I humored them and low and behold, they made a blood sausage that was tenfold what mine was.... better texture, thus a psychologically better eating experience.
Still not what I'd call "good eating", but remember that I am no chef (and neither were they).

Alas, after a few days chilling in the fridge, I removed the bellies and took a shot at Pancetta. I had made traditional Amerikn' bacon with the past two hogs.
I rubbed the crushed juniper berries all over the salt and pepper crusted pieces of meat and let them cure in the fridge for 7 days.
After the waiting period was over, I took them in the garage and tied them tightly with butcher twine (slicing the hell out of my fingers with the fat-lubed twine in the process- fingers only have scabs now, whoo-hoo! healing!).

I then hung the pancetta in my kitchen for two weeks.
I took one down last weekend and made a marinara with it and a generous load of heirloom tomatoes from another neighbor.
Muy Magnifico!

No more from me, sleep beckons!

See the photos below and, of course, know that all of my inspiration for at-home butchery and charcuterie came from the Anatomy of Thirft videos.
Donate to thier newest Kickstarter!!!
The Farm Run production is Out of This World.

posted 7 years ago
Excellent detail. I'm sure some anti-meat people will be uncomfortable with the post, but even though I hardly eat meat, I found it very informative. At first, I thought you were talking about guinea pigs! LOL
John S
PDX OR

posted 6 years ago
Love this, my wife and I are planning on getting a breeding pair of Guinea Hogs next year so we can raise our own free range and acorn fed pork.

Andre Lasle
Posts: 67
Location: Mille Lacs, MN
6
posted 6 years ago
Mr. Redhawk, where are you at, just out of curiousity? I recommend listening to the Permaculture Voices podcast on American guinea hogs. Fairly informative.

I suspect your hogs will turn out better meat than mine if you pasture and forage feed them. Get ready for a surplus of lard.

I recently made an apple pie with an American guinea hog-lard crust. Pretty good. 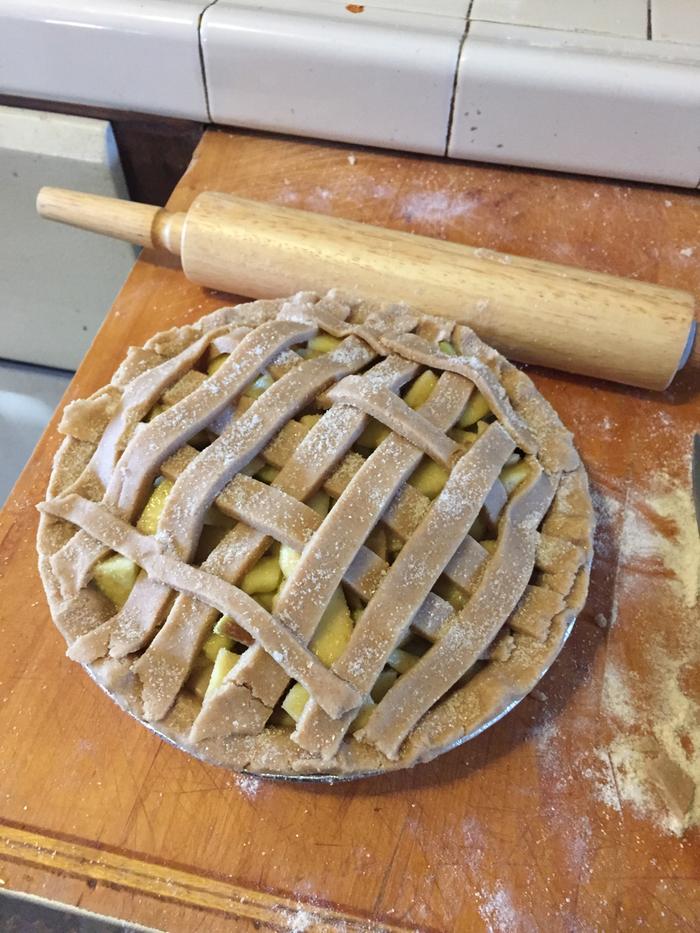 posted 6 years ago
We live in Vilonia, Arkansas, well actually 4.5 miles out of town on 15 acres of White Oak and Hickory forest. Our plan is to grow all our own food and I have been practicing what is now known as permaculture all my life. That pie looks yummy by the way.