The Vegan Book of Permaculture - due out soon!

Due out very very soon... 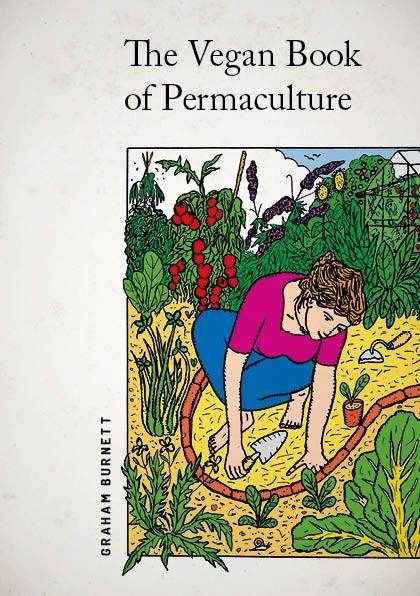 posted 5 years ago
Maddy Harland has written an article to introduce the new book, due out later this month


Maddy Harland explains why she asked Graham Burnett to write the forthcoming 'Vegan Book of Permaculture' and why a diet that omits foods derived from animals has a place in permaculture, whether you are a vegan or not. 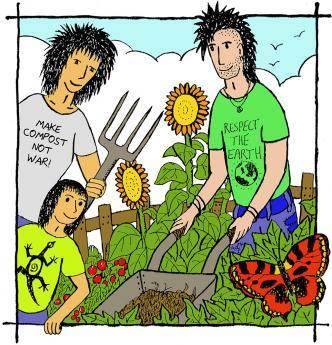 posted 5 years ago
And another article, discussing some of the issues arising since the book was published.

"Some of the online responses to my recently published Vegan Book of Permaculture have highlighted a polarity that exists between vegans and those who use animal products or integrate animals into their systems. Whilst I think most of the time both sides of the debate co-exist (reasonably) happily together, it's an emotive topic, and when it does come to the surface can lead to raised passions, often resulting in hurt all round. This article is an acknowledgement of this divide, and hopefully moves towards a more positive and constructive outcome arising from the compost of the anger and miscommunication that can occur." 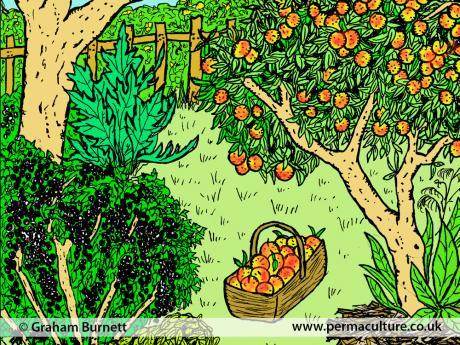 Enrique Garcia
Posts: 94
Location: Las Vegas, NV
posted 5 years ago
Awesome !! I'm so looking forward to this book !! As a Vegan Permaculture family .. that realizes the wisdom in both & how necessary they are ... this is exciting news !! Thank you !!
Burra Maluca
Mother Tree

posted 5 years ago
If anyone happens to be in London this week and wants to go to the book launch, here's a link with full details - http://www.permaculture.co.uk/events/free-event-vegan-book-permaculture-book-launch

bob day
pollinator
Posts: 764
Location: Central Virginia USA
64
posted 5 years ago
I missed this post when it was first put up, any reviews of the book out there yet?

does it go into specific substitutions for animal functions, or is it more philosophical.

I always figured there was no real way to get around having animals in the system, they share the earth with us, they are going to be integrated anyway, the only real difference (to me) is whether we are trying to confine/directly manage to what extent.
I'm not above confining animals to seal a pond, but after the pond is sealed, what do i do with them if i don't want to eat them?

so many tasks seem so much easier to just let animals do them, but finding that balance and creating a sustainable system where animals aren't being "harvested" is the real question.
Paul Gee
Posts: 7
posted 5 years ago
I wrote an ultra-brief review of The Vegan Book of Permaculture in the latest issue of Pip Magazine. As a former vegan, I rate it. There is an important focus on the self (Zone 00) in the book - for by ignoring one's own physical and mental wellbeing, what good are you to anyone else? I reckon it will be a useful book for urban permies - folk that haven't the space, time, landlord approval, or inclination to keep animals. As well as vegans, of course.

Joe Kilcoyne
Posts: 15
Location: Irvine, KY
1
posted 5 years ago
I am a cofounder of a project in Kentucky and we are actually hosting Graham this summer at our farm for what will be the first Vegan PDC in the US. The event page can be found here: WildEarthSanctuary.org/2015vpdc

I am really looking forward to meeting Graham and putting on a class that will be an exciting and positive experience!

bob day
pollinator
Posts: 764
Location: Central Virginia USA
64
posted 5 years ago
I'm sure it is possible to add in extra specifics relating to making vegan based permaculture easier and keep the course kosher, but does your vegan course omit all references to all animal systems?

Joe Kilcoyne
Posts: 15
Location: Irvine, KY
1
posted 5 years ago
Hi Bob!
No, we will not avoid talking about animals in the class, as we agree that animal inputs are not only necessary and natural, they are also unavoidable. Since we are building as a farmed animal sanctuary, our intentions are to incorporate neglected and abused animals into a healthy system that they actually participate in and improve the whole system through their own nature. We have received criticism about our project that since we are vegan we must be figuring out ways to keep out insects. I find objections like that to be oversimplifications of peoples misunderstanding about our project and how we interpret vegan living. I am looking forward to learning from Graham this summer! We will also be having Mark Shepard down and I can't wait to learn a bunch from him too!

Permaculture needs farmers and everybody on board making these systems work for them. i actually believe keeping animals is more of a chore and therefore does not fit my ideal lazy permaculture lifestyle.

And it is somewhat funny, but as much as Bill cracks wise at the expense of vegetarians, his own system kicked the cattle off when he started setting it up, and he speaks about cattle being a terrible way to treat country.

And in Geoff's systems, he has lots of interns keeping things going, but the idea that his system could be left alone and "simply get better" would require that he get rid of most of his animals.

I don't mind the idea of managing overpopulation in animals, or composting road kill, but i do avoid eating them, it simply is a bad idea for optimum health, and keeping domestic animals the way most people do becomes a terrible waste of resources, although, if you don't mind the slavery, it can greatly help move systems forward and enrich soil.

If the predator load wasn't so high out here i would be running chicken tractors and maybe even goats to prepare areas, but then i'd want to get rid of them once the areas had a permanent cover. I went through hundreds of guineas out here, or the predators did, over the course of three or so years, they ate a lot of store bought food, enriched the soil wonderfully, controlled the ticks, and the foxes, racoons, hawks, dogs, bears, got many good meals, until now i'm left with Lucky, a guinea who is imprinted on me and always locked up except when i am out there with her, but even at that, as much as she is a pet and my baby, i have to look at her and realize- one bold fox, or a few minutes straying out of sight and she could be a memory and a few feathers left behind.

Well, good luck with your systems https://permies.com/t/30123/singles/healthy-vegan-raw-acres-central#361647 i'm putting up a few posts here as well that relate to animals in the system, the last one about deer that might be relevant.

keep posting as your experiment moves forward, also any tidbits you think might be helpful to a fellow vegan

Myself, I don't mind the idea of using animals on a farm, and even confinement so long as it seems to ME a decent life. Sure, who knows what the animals want, or if they even have wants.
Burra Maluca
Mother Tree

Troy Santos wrote:What's the latest on the book?

It's published, if that's what you mean.

I'm part way through reading it now and will be working on a review, and I believe there is a plot afoot to get the author signed up to permies to run a promotion.

If there's anything specific you want me address in the review, let me know asap so I can be sure to look out for it as I'm reading though.

Here's a link to buy it from amazon.com

And one direct from the publisher.

And the e-book edition, also from the publisher.

)
Thanks Burra. You're taking requests ... right on

) Only thing I'll ask you to keep an eye open for regards liquid fermentations like those that are taught by the Korean Natural Farming Association. One's called FPJ (Fermented Plant Juice) while another is called FVJ (Fermented Vegetable Juice). Taking fruits and vegetables and fermenting them with something sweet like sugar or molasses. Then use them as a fertilizer. Or, there are different mixtures used for different things, not all of them veg*n. There are mixtures of various herbs that people use as insect repellents. What a person puts in the mixture really depends on what's available. So, instead of using animal manures, a vegan pc approach might use these liquid fermentations.

In general, I wonder how this will differ from a more typical pc design.