Exploding Pyrex? Are there better options?

Sam Barber
Posts: 641
Location: Missoula Mt
43
posted 5 years ago
At Breakfast this morning we had a discussion about glass and glass breakage over the past year. Well anyways one of the things that came up was exploding pyrex dishes. I did a little research about this and found that this isn't an uncommon occurrence, across the country many other people have suffered similarly.

Now when looking at this problem I won't make blanket statements there are two different types of pyrex bakeware from 1915-1980 pyrex bakeware was made with Borosilicate after 1980 pyrex started using Soda lime sillicate to make there bakeware better, according to pyrex the new Soda lime sillicate is stronger when dropped and better for the environment(it's also cheaper). However many people will attest to the fact that the bake ware their grandmother or mothers had far out shines the newfangled stuff you can by today. There been quite a bit of controversy surrounding this issue in the past few years including a CNN article about it. The companies say that their product is safe and the explosions are due to misuse of the bakeware. This of course makes sense due to the fact that people misuse things all the time and sometimess that causes problems. The company says that if you follow the directions provided on the bakeware then everything will be fine.

SOOOO.... the big question is have others on permies had similar issues with their pyrex or anchor bakeware and is there anything better then the stuff they sell? It seems to me like finding some of the pre 1980 pyrex would be pretty dandy and might provide one with a much better longer lasting bakeware dish. 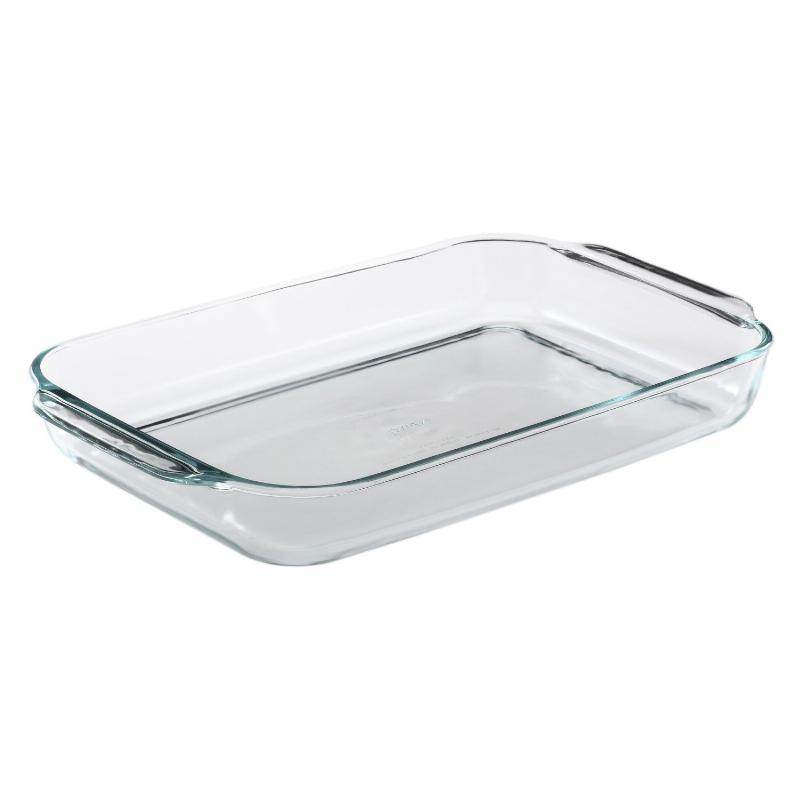 Witness say that this is what it looked like when our oven dish exploded.

Here is the safety pamphlet that is included with pyrex bakeware.

Posts: 3999
Location: Wellington, New Zealand. Temperate, coastal, sandy, windy,
99
posted 5 years ago
I've never had pyrex do anything dramatic like 'explode', but I've had a couple of things crack pretty dramatically.
I either put them on a hot element by mistake, or combined hot/cold water with pyrex of the opposite temperature.
I treat pyrex pretty much as heavy-duty glass.

Mind you, I'm not sure I've ever used modern pyrex-
most of the stuff I see is the oldschool milk-coloured kind with some decorative snowflakes or something on it

Susan Doyon
Posts: 150
Location: Massachusetts
1
posted 5 years ago
OOOH I have been using mine under the broiler ( just for a few moments after baking to top brown )

Matt Walker
pollinator
Posts: 324
Location: North Olympic Peninsula
83
posted 5 years ago
Yeah, I've blown up a few. I'm good at using things incorrectly though, and most of my explosions were rocket stove based. Go figure.

I think the best thing is ceramic bakeware, like Emile Henry, or something. Not cheap, but awesome bakeware. Like cast iron, they are lifetime pieces.

I linked the bakeware, but you have to go to other sections of their site to find a dish like you posted. Here's their lasagna dish...

posted 5 years ago
I had a large Pyrex flat baking dish (probably pre-1980 but not sure, it was third-hand for me) explode in the early 1990s in a very dramatic fashion, due to uneven thermal expansion. It was sitting on my stove top with quiche in it when my father turned on the wrong electric burner in his quest for hot coffee. Red-hot burner under one corner of a fridge-temp dishe of quiche caused a kaboom that was audible from upstairs. Glass and bits of quiche were all over the kitchen, including in my father's beard and hair, but he was unhurt. When I heard the noise I yelled "Are you all right? Do you need help?" But of course I was running downstairs, where I found my father standing in his socks, surrounded by shards of glass and covered in hot and cold quiche and more glass. He looked at me calmly and said "I believe I'm beyond help."

So yes, it can explode dramatically if abused dramatically. However I still consider my pyrex to be the best bakeware I own. It's almost impossible to break, you can see through it, it's much easier to clean than metal, and it's almost as non-stick as the fancy petrochemical coated stuff.

Judith Browning
Posts: 7533
Location: Ozarks zone 7 alluvial,black,deep clay/loam with few rocks, wonderful creek bottom!
1393
posted 5 years ago
I have one of the old pyrex baking dishes and a newer one. I've used them a lot in the past and I never had a problem with breakage. I did notice that the newer one was developing scratch marks on the inside and I threw it out. I would rather ingest a little ceramic glaze/dust from the surface of our pottery collection than ground glass. We also have a new 'pyrex' four cup measuring cup that is really heavy...not like the old ones. I think there is something different in the quality of glass...the surface even feels different than the old stuff I think. I love handmade ceramics and iron to bake in.

Matt Walker wrote:Yeah, I've blown up a few. I'm good at using things incorrectly though, and most of my explosions were rocket stove based. Go figure.

I think the best thing is ceramic bakeware, like Emile Henry, or something. Not cheap, but awesome bakeware. Like cast iron, they are lifetime pieces.

I linked the bakeware, but you have to go to other sections of their site to find a dish like you posted. Here's their lasagna dish...

Well I don't think the companies provide info for safe rocket stove top cooking they should work on that.

posted 5 years ago
We ordered one of these borosilicate glass pans. We'll try this for a few months and see if it is better.

The other glass pans we have say "anchor" or "pyrex" on the bottom. This new stuff is "marinex" - I wonder if says that on the bottom. I think it would be good to have full inventory of these types of glass pans that we have here and we will see which ones stand the test of time.

Posts: 7926
Location: Currently in Lake Stevens, WA. Home in Spokane
318
posted 5 years ago
I have seen one (genuine) Pyrex dish explode.
That was in the early/mid 70's, so obviously the older version.

My friend had just taken it out of a 350* (F) oven, and set it atop the cutting board.
We had just made some Cuba Libres, and there was a stray piece of ice on the board.
He set it on top of this small ice cube, and KAPOW! A kazillion pieces.

The thermal shock is what got it.


Those 4 cup measuring cups make the finest emergency light:
Put a candle in one. If the candle falls over, nothing catches fire,
It is wind proof,
It is see-through for better lighting, AND
It has a convenient carrying handle!