Jay C. White Cloud
Posts: 2413
46
posted 6 years ago
(Note: Underlined Kanji and other symbols may have links attached to them for additional viewing...please check...

三和土 (tataki) is another example of a earthen floor modality for folks to consider if interested in this subject. There are many modalities of this throughout Japan's many Prefectures (states) that range from very simple "pounded dirt" of the 土間 (Doma) to lime, clay, and fiber matrix that can last millenia when constructed properly. They can even be render virtually waterproof for "wet areas" like kitchens and bathhouses...very similar to the North African, Middle Eastern, and Iberian Tadelakt methods. The "bittern" and other additives could effectively solidify soil without cement.

Below are some examples that may give folks an idea of what is possible...Enjoy and feel free to ask questions! 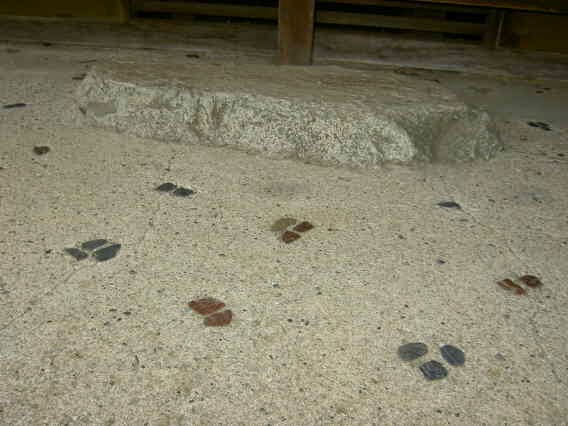 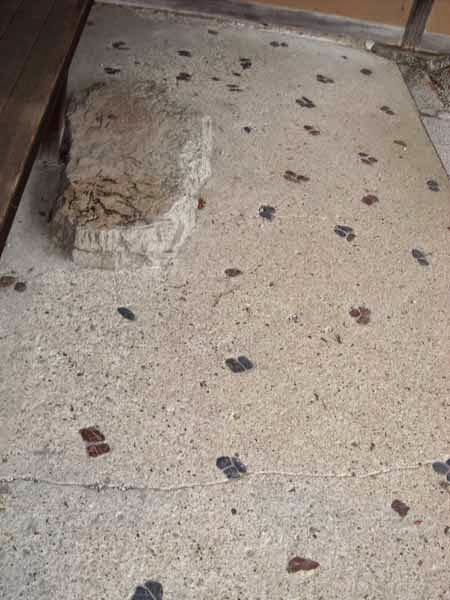 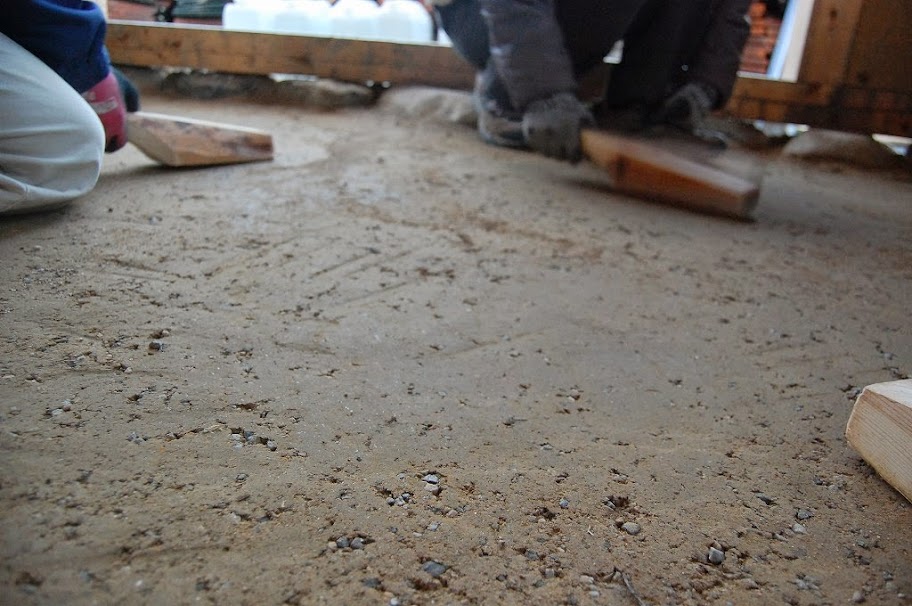 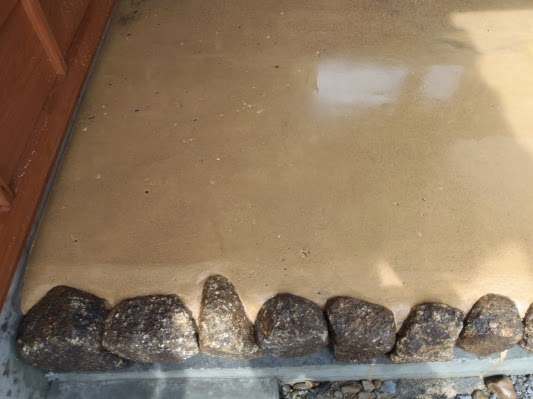 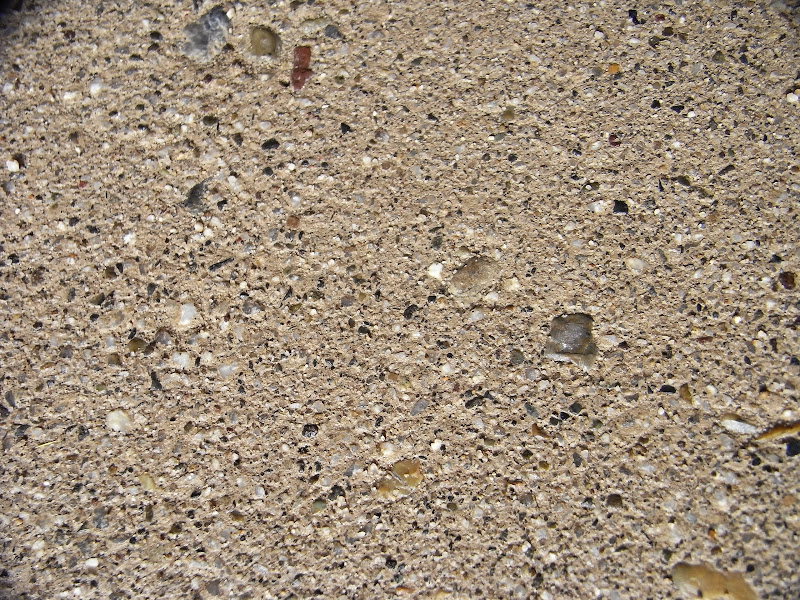 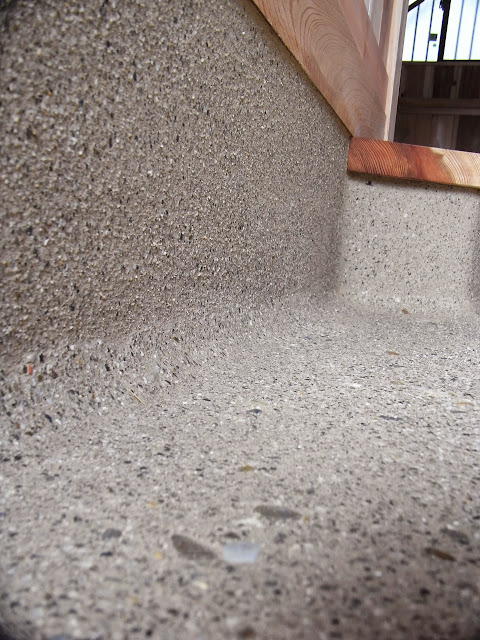 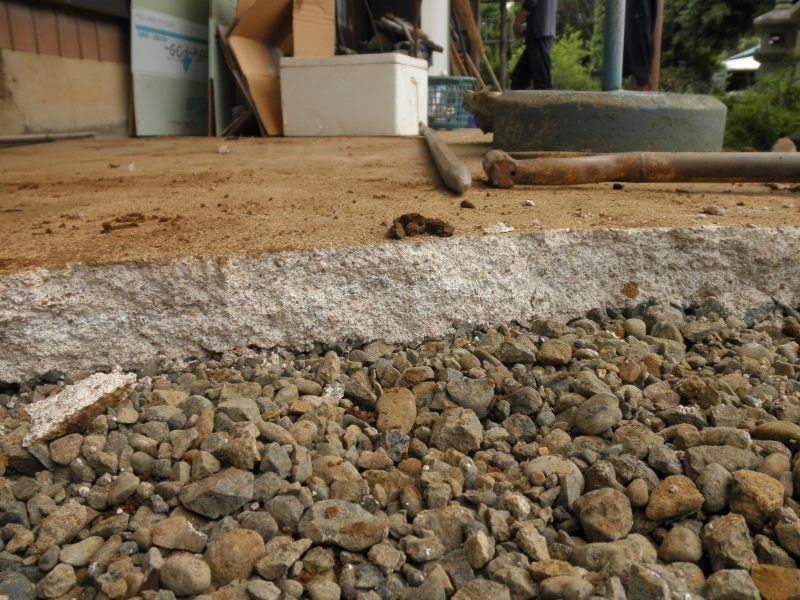 Hmmmm??......No plastic vapor barriers...imagine that...Guess they really should have put that in for it to work properly...but perhaps 1000 years of working without plastics would suggest they are not needed after all...?

I'm guessing that these are accomplished by beating the clay/lime/gravel mix until flattened and then troweling on a slip before beating in the stones, sand and gravel to achieve a no-slip texture? Or is the surface wiped when leather dry with a wet sponge to remove enough of the trowel finish to reveal the inner matrix?

I have seen both methods used to good effect and in some the stones are left slightly proud and polished down with an abrasive stone burnishing. Today it is done with diamond grit on a grinder to speed up the process. These are the same grinding/polishing pads used in stone carving today. I will be starting a stone carving post soon.

These different modalities of cobb, and-or lime floors systems of China, Korea and Japan are my very favorite. They are extremely enduring, and much better than concretes other than perhaps some of the "Natural Cements" which are only found in a few locations and only manufacture by a friend and specialist in the field...I will be submitting a post on this subject as well soon...

j
Amos Burkey
Posts: 101
Location: Nebraska
3
posted 5 years ago
The bread crumbs droppped here definitely lead down some interesting paths. Here is a link with a bit of insite into the process of installing a Tataki floor:
TATAKI!
Cath Brown
Posts: 42
6
posted 3 years ago
Hi JayC Whitecloud
I found this on a Japanese blog about Tataki floors. I'm just about to attempt  this floor in a small Hyperadobe roundhouse and I'm very excited. No vapour barrier...just tried and tested ancient technology.
The advice about making a test pad and letting it cure for at least 1 and a half months is very wise. The translation is a little strange, but I think I get the gist of it.
Please find below the Google translation:

Compounding Sanwa soil (Tataki)
2010.04.19 Monday 20: 23
By the way, I am watching on the administrator page what kind of keyword my blog is searching, but I can tell how many accesses each mobile, such as docomo · AU · softbank etc. Of course, I do not know what someone is anything, so please do not worry for everyone who sees your blog (lol)

The top search word is always "formulation of Sanwa soil" inside.

Today I will talk a bit about such Sanwa soil.

Although Sanwa earth is introduced several times on this blog and our website,

It is the pavement of the soil used for the soil of an old private house.

Basically it is a traditional construction method that blends soil, lime and bittern in a well-balanced manner, and it is well tapped and hardened.

Recently, the number of homes that do such a construction method has decreased, but it is an important Japanese culture that should not be forgotten.

I think that there are also people who simply want to know the formulation of this Sanwa soil, but I would like to know about such formulation ratio clearly, but it will not be useful in the field.

Why is that? ... Suggok It is easy. Because the soil used at the site site is different, it is necessary to prepare formulations according to weather, seasons, etc.

The important thing is to know the nature of the soil you intend to use and to face directly from the soil directly.

It is important to make prototypes at a place or make a mistake and know the characteristics by hitting the material seriously.

I think that it is meaningless to combine soils that some famous gardeners have used in the same way and have it done at all.

I think that it is a craftworker only if you can make Sanwa soil on the spot where you were there.

I also try prototyping every day, repeatedly fail and succeed, I discover my formulation.

The photo above shows at the cliff site of Hodogaya Ward this February that there was a stratum where mountain sand and clay were moderately mixed, so we brought about 20 bags in a sow bag and brought back trial soil .

Formulation is slaked lime is 1.6 against 3 in the mountain sand of cliffs (thing hung on the sauce).

Even with this small Sanwa earth, I tried construction by changing several formulations.

Usually, hardening can be obtained with slaked lime 1 and calcium chloride at 0.3 in relation to soil 3, but in the soil at this site the slaked lime is large and the ratio of 3: 1.6 seems to be the most stable. Calcium chloride is not included. It also contains no bittern (magnesium chloride).

Originally this Sanwa soil, I thought I had failed · · · ·. Even after the knockdown is over, hardening can not be expected, even if the surface is pressed with the fingers even after 6 days, the trace of the finger is attached ... Is it impossible for Sanwa soil in this soil? I thought.

However, after 2 weeks cure was recognized, after 1 and a half months it cured completely, color was good, it turned out to be a wonderful Sanwa earth! It is! Even if you stand nails, nails do not stick together, it's a perfect finish! It is!

Therefore, when constructing Sanwa soil at this soil, construction will be possible only at the site where curing can be performed for at least 1 month and a half.

We made trial soil using the same material with calcium chloride, but early curing was recognized but after that we got moisture so we could not expect curing curing and could not expect hardening above a certain hardness .

In this way, I think that being the most important thing to do experiments every day, grasp their formulation and make it their own skill.

This is the center North station in Kohoku-ku, Yokohama, made of Sanwa soil with soil remaining from the nearby.

The most color and gloss and texture of the soil you have met so far! It is! Composition consists of soil residue 3 and slaked lime 1. That is 3: 1 ratio. There is also no addition of calcium chloride etc. Of course we did not use cement, but it was the best possible from the initial strength.

Although it is a glossy expression, the color is calm, there is moderate gravel, and there is strength comparable to concrete. It's been 4 years since the construction, but no cracks at all! It is!

I am sorry that I could only take a small amount of this soil and if I think now, I should have brought about two with a dump! It is! (Tears)

You can use this soil in Yokohama enough as Sanwa soil! It is! That is to say that it is important to always have antennas always and multilaterally, and always have the idea of ​​always having one such soil.

Because the three provincial soils are good, we go all the way to go to the region and compete with things of other places · · · ... I certainly think that it is also good, but I feel like I have to look at my feet even more I also do.

I am also really stinky and gardeners who are too immature, but I am thinking of going to not be caught up in the formulation of other people and construction law.

As an important thing to reference, it is also important to research so that it does not end with that person's mimicry.

Next time I will hold a workshop of Sanwa soil at "Garden Shering Party". The last lecture was a great failure.

This failure is also very important! So, at the regular meeting next month, 10 members will each bring up trial production of this Sanwa soil.

Make a box of about 30 cm × 30 cm, make Sanwa soil of the test piece at that place, we will evaluate everyone! It is!

I will also make 3 more with my own experience and plan to bring it! It is!

Even if it is Sanwa soil (wash), wash out or bamboo wall, it is a craftworker to make everything from day to day in the face to face, to make a prototype and raise the skill of his skills indispensable I think that it is necessary for it.

At the customer's house, "I want to try it, I will try construction!" Is a disappointing and unexpected story as a professional. It is impossible to construct without mixing Sanwa soil without trial manufacture as the formulation of others.

I'm sorry to say a cheeky thing .... I think that everyone knows without being told by immature me.

Let 's do our best for the same gardener! It is! I also do my best! It is!

And those of us who are not gardeners, our craftsmen are seriously facing each other even if we make one such "earth"! It is! The craftsman's world is serious but I am enjoying Suggoku and I am happy because I can produce the results at the customer's house! It is!

Today, I wrote about this "About the formulation of Sanwa soil" as a topic.

Angela Lawson
Posts: 2
posted 3 years ago
What type of lime is used in the flooring, hydrated lime or hydraulic lime?