posted 5 years ago
In 2014, I wanted a project for just the interns and other guests on our farm to play and experiment with that would let them be in charge of an area as though they were building their first garden. It began as just a mound of soil (not very good soil) that was removed when a small pond was built. I had spent the prior year throwning annual seeds, straw, compost etc to add some organic matter to this clay mound.

We had several groups of guys that sculpted, planted and played. I would chat with them about it from time to time, they would ask for input from time to time but the best experience was watching successes and a lot of failures. By the time September rolled around, we had a 15' X 42' beautifully carved space that would easily feed a family of 4. It includes: apple tree, cherry tree & Korean cherry bushes, huckle berries, honey & blueberries, golden raspberries, pineapple guava, cranberries, oregano, parsley, cilantro, french tarragon, rosemary, lavendar, sage, coreopsis, flower bulbs, echinacea, mullein, drift roses, garlic, onions, scallions, leeks, lettuces, spinach, kale, mustard, carrots and I know I'm leaving some stuff out. Pretty cool how using curves and various levels dictates cool and hot, super sunny and shady, drier and wetter areas to make a huge variety of planting happy in such a small area.
007.JPG 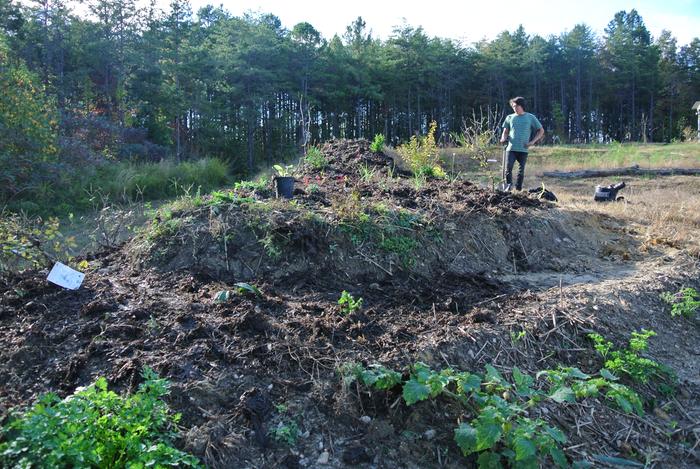 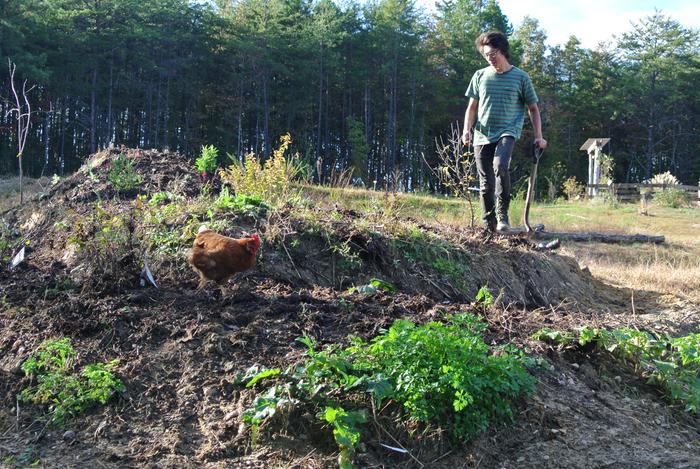 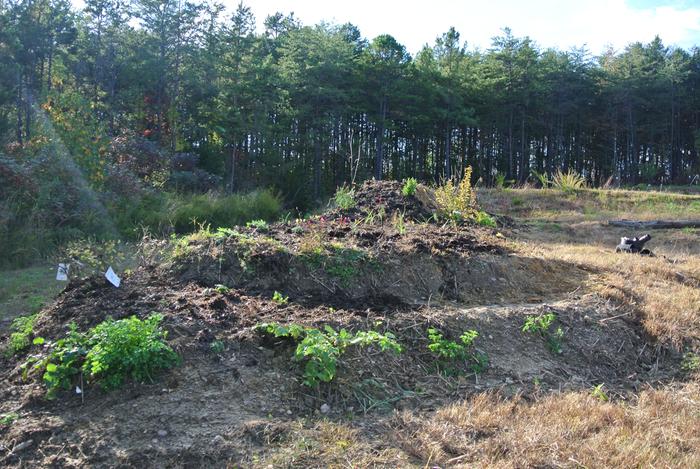 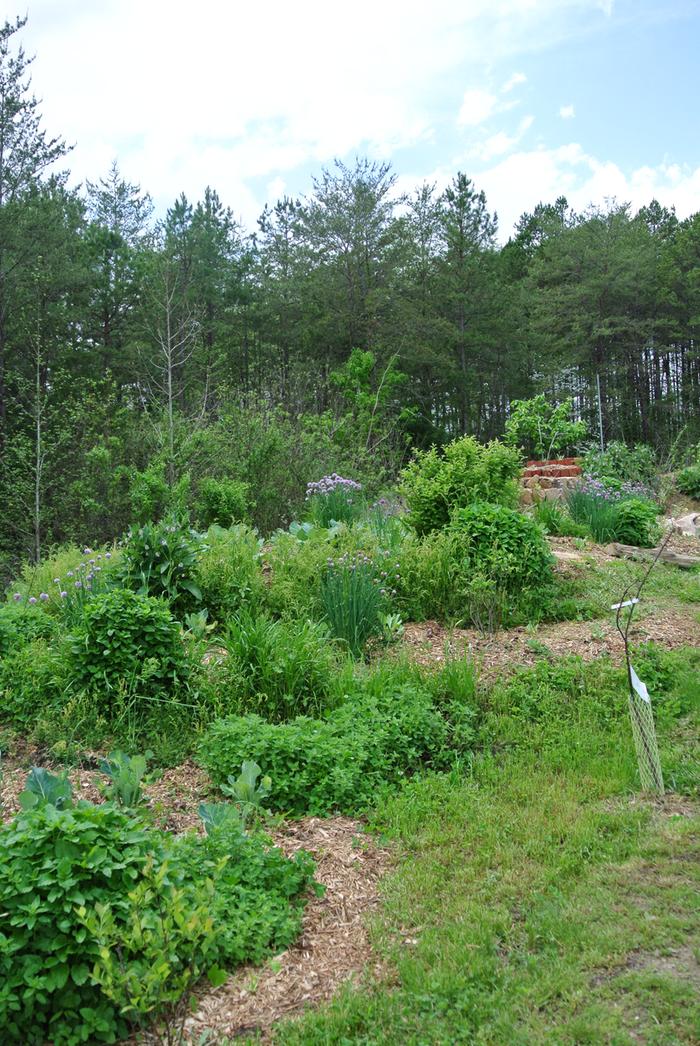