posted 6 years ago
Last fall we were shutting down the outdoor showers and sink to protect them from frost damage.

Somebody then suggested that we should buy some "purell" to put in the pooper since the sink would not be available for hand washing.

I explained that I found the purell stuff to be contrary to our values. The response was that this could be something that we use until we come up with something better. A reasonable point. But purell (and similar products) are so contrary to my values, that I would like to take a bit more time and try to think of something that might be much better for the short run, and much, much better for the long run.


I guess the point I wish to make here is that as we are trying to solve problems, a lot of people turn to the very first thing that pops into their head. If a buffet of possible solutions doesn't pop into their head, then there must be just one thing.

I think in the last 12 months I have said "start a thread about that at permies" about 80 times. I have some ideas for a solution, but I'll bet that with a little fishing with the permies crowd, we can find something much better. If nothing else, having a discussion on the topic might lead to some even better ideas. Ideas that nobody had thought of previously. Coming up with those ideas and giving them a try is what, I think, this forum and wheaton labs is all about. And I am not "all wise". I am just one doofus that is trying his own ideas. And this isn't about one guy - this is about a collection of people all trying to move our collective thought forward.

All of these little issues matter. We need great solutions and while the great solutions are being implemented we need a short term fix. And I think "purell" would be one of those things that sends up a big red flag - almost anything would be better than that. In the end, we used the indoor, conventional bathrooms until we could implement something better (like combining a wofati and a pooper so that water could be used year round).

I guess I wanted to start this thread in a feeble attempt to encourage people to take a little extra time, have a little patience, to come up with a much better approach.

posted 6 years ago
You could just make up a few batches of natural hand sanitizer and put them into reusable squirt bottles. Take about 8 oz of pure aloe vera (they sell the jell, but you can just make your own honestly) as your base. Add about a Tablespoon of either Vodka or Witch Hazel Extract. Add about 1/4 teaspoon of vitamin E oil (adds shelf life and is really good for your skin). Last, add about 5 to 10 drops of lavender essential oil and 30 drops or so of tea tree essential oil.

There are a number of variations of this of course, so if you didn't like the scent or something, it is easy enough to find a different one. I could also see something like a mix of vinegar and alcohol could make a good hand-wash that won't freeze and will play havoc on anything unsanitary. I'll keep giving it some thought for other potential options.

posted 6 years ago
I think I can see why Purell would be a no-no at the labs, where you're running a zero-contamination environment as much as you can.

So, just for curiosity, how do you feel about rubbing alcohol?
It's just as effective for killing germs on skin, and comes in great big containers (comparatively less packaging waste) at very low prices. 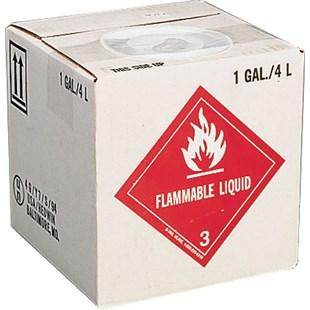 posted 6 years ago
Checking through some abstracts about studies of handwashing in india I am surprised to read that if all things are the same, soil, soap, or ash used as the rubbing agent all result in acceptably clean hands. The rubbing of hands and quality of rinse water are what make or break the cleanliness.

This does nothing for the problem of needing water to rinse the hands in the winter though.

The reason I see that alcohol or sanitizer cannot effectively replace hand washing is it does not kill everything that would be removed in a proper washing. The things that get left on the hands develop resistance and mutations to stay strong while being doused with a-hol. Next thing you know everyone's getting sick.
So not only is it not in line with Permaculture, it would most likely fail to keep you people safe eventually.

Edited to add this abstract which is saying alcohol based cleaners are acceptable with lightly soiled hands, it if there is a moderate to high amount of debris on the hands their effectiveness is lessened significantly.
Michael Cox
pollinator
Posts: 3121
Location: Kent, UK - Zone 8
435
I like...

posted 6 years ago
The flip side of the 'first thoughts' solutions is that you can end up making very slow progress if every solution has to be perfect.

A mediocre solution that you can learn from and improve upon given time and experience may often be better than waiting for the perfect arrangement to appear fully formed.

posted 6 years ago
I grew up crapping in an outhouse and then going inside (where there was non-frozen water, a tin wash basin, and a slop bucket) to wash hands in cold soapy water. Assuming all your people have access to minimally-heated spaces, it ought to be possible to set up wash basins almost anywhere ... this task doesn't need privacy or modern plumbing.

I agree that Purell is not a solution but I'm having trouble grokking the problem...

Michael Cox wrote:The flip side of the 'first thoughts' solutions is that you can end up making very slow progress if every solution has to be perfect.

A mediocre solution that you can learn from and improve upon given time and experience may often be better than waiting for the perfect arrangement to appear fully formed.

Zach Muller wrote:Checking through some abstracts about studies of handwashing in india I am surprised to read that if all things are the same, soil, soap, or ash used as the rubbing agent all result in acceptably clean hands. The rubbing of hands and quality of rinse water are what make or break the cleanliness.

That is so cool! Thank you for sharing Zach!

I read the abstract, and I liked this statement:

Experimental trials showed that use of soap, ash or soil gave similar results when women washed their hands under the same conditions. The washing of both hands, rubbing of hands, and the amount and quality of rinsing water used were found to be important determinants in the reduction of bacterial counts on hands

If somebody is keen on having something to mix with the water, I think any saponin-producing plant will be fine. Here is a powerpoint about saponins and their biochemical activity. Lists of soap plants can be found at Mother Earth News and PFAF. There is also a good video on YouTube about saponin-makign plants.
Alternatively, Soap Nuts can be found at many places online.