posted 6 years ago
When I was on mount spokane, I had these two tractors: 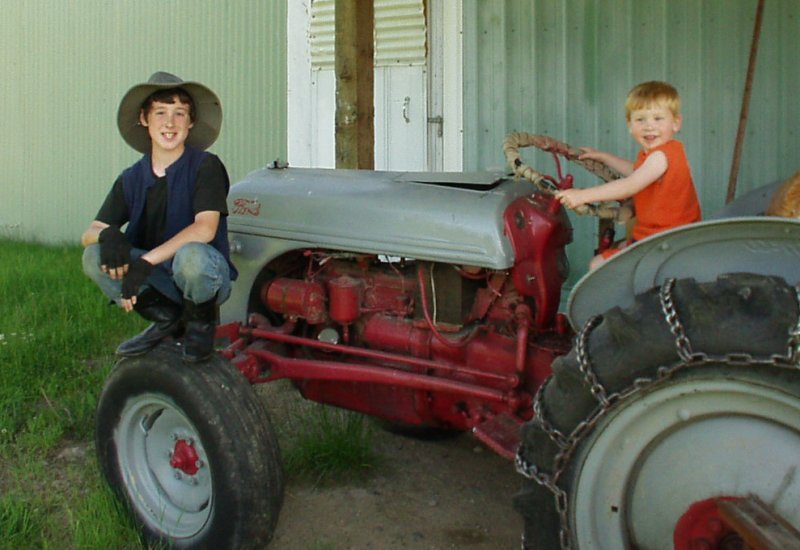 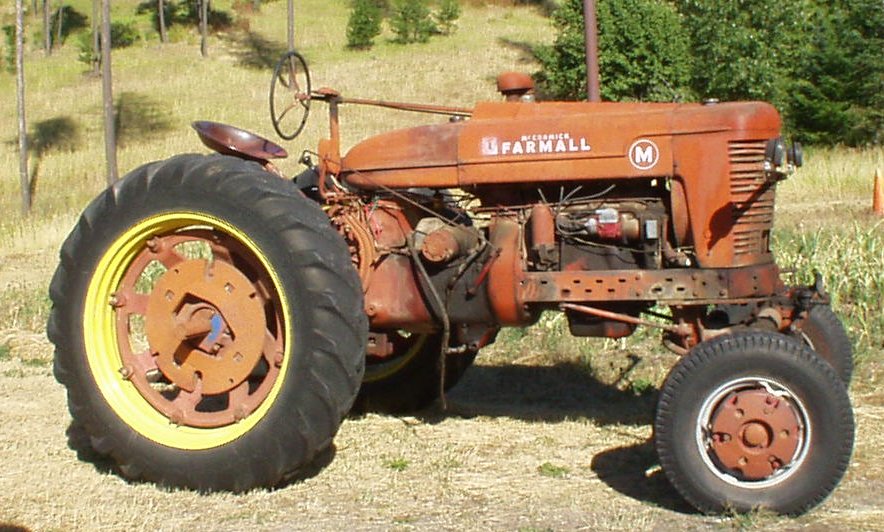 After a while, I just got sick of repairing them. I don't like being a mechanic. And way too much of my life was being consumed with mechanicing.

So I sold those two tractors and bought this one: 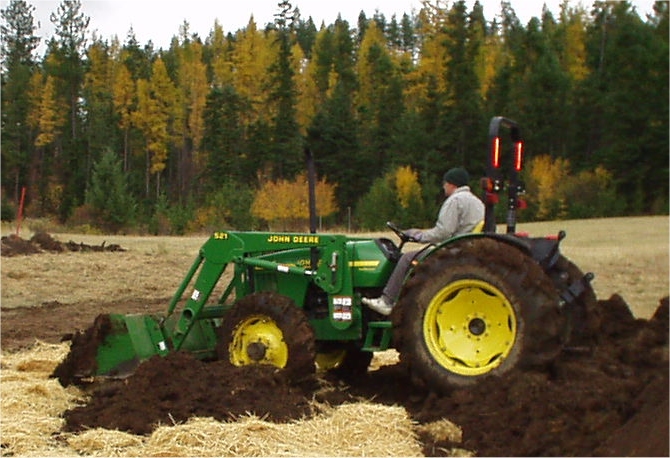 This was a 45 hp john deer 5105. The great thing about this is that the local john deere dealership would come to your farm to repair anything, for free, for three years. One time the hydraulics went wonky, so they came right out and mended it. We were offline for about two and a half hours.

I built ponds with it: 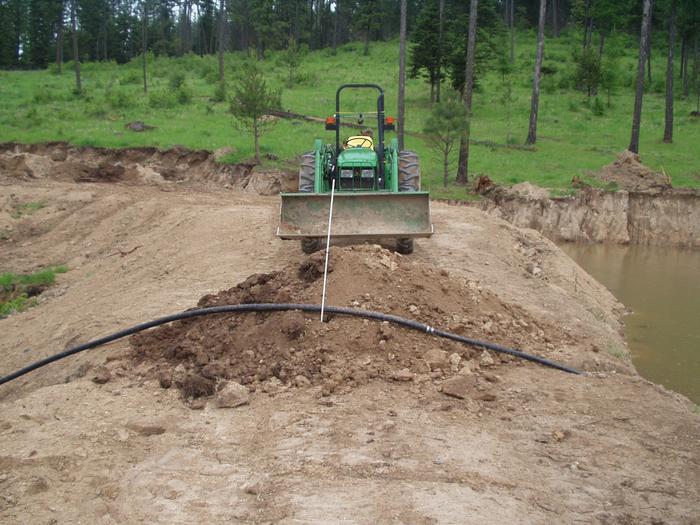 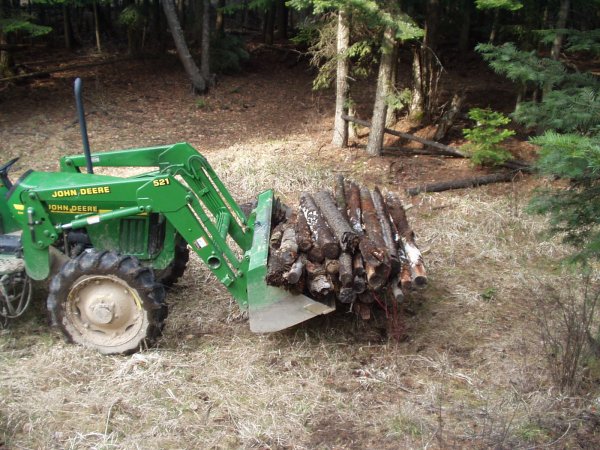 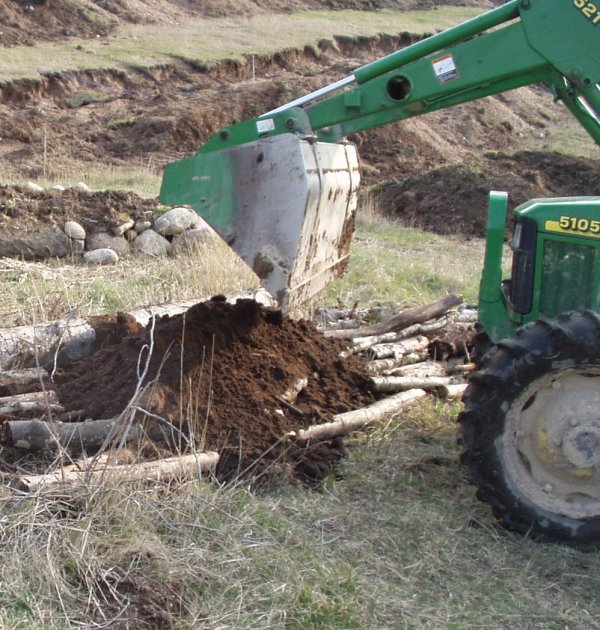 I found lots of uses.

At the same time, I prefered to use this ten times more: 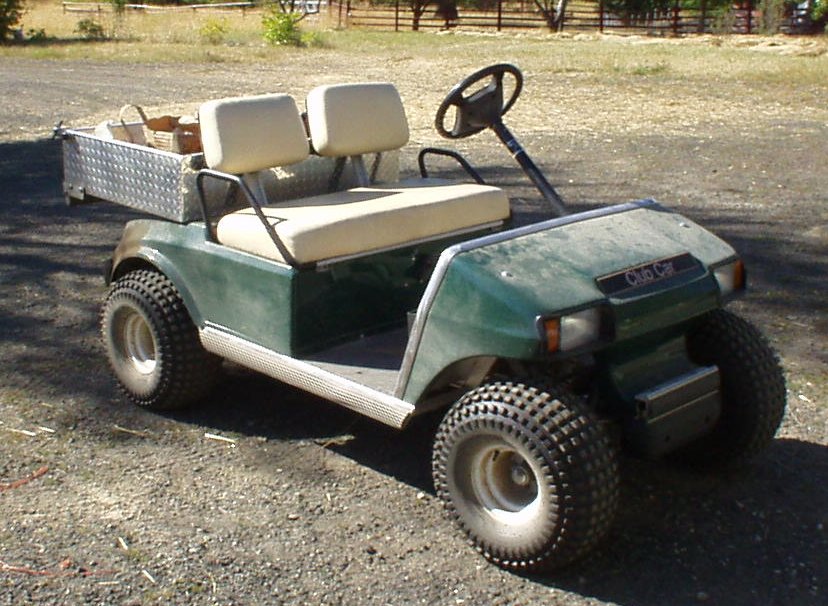 I have made several mistakes in my choices so far. At first I thought I could get by without a full size tractor and just use a beefed up electric vehicle. I thought a 30hp 4wd electric vehicle would meet most of my needs. Instead it put me right back into constant repairs. 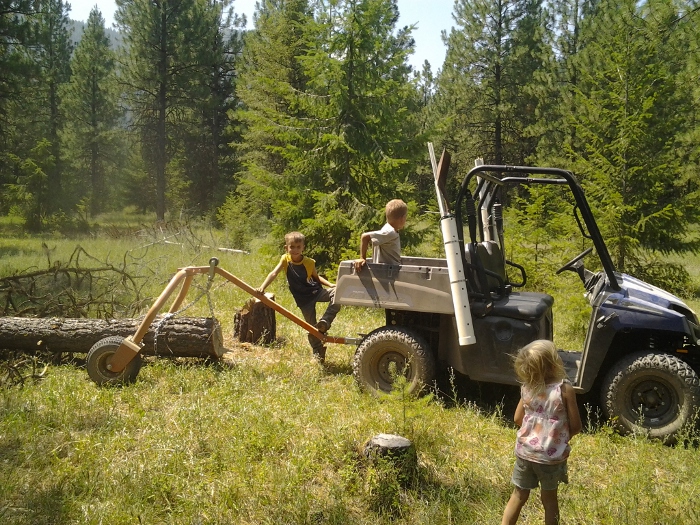 Then I bought an electric tractor, but ... again, it needs about a month of expert mending before it will be usable in any practical sense. 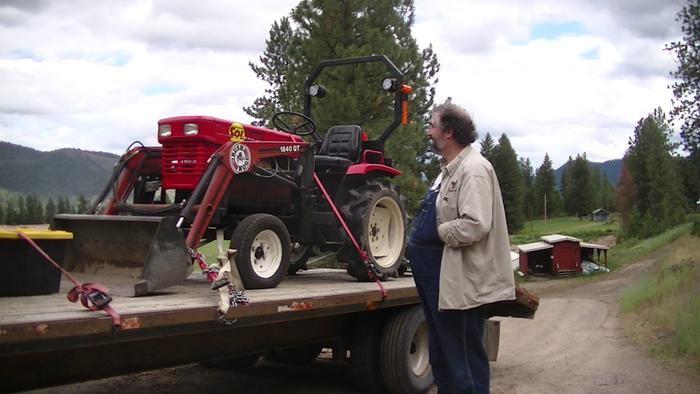 And then there was the dumptruck and excavator. Constant repairs.


I called the local john deere dealership. This dealership does not offer that fix-it-at-your-place-guarantee. I then called kubota, and they said they offer that for two years - but they also said it was so rare that a kubota would fail due to a manufacturer problem, that on the few times it is happened, they have done free repairs as much as seven years later.

Further, the new diesel tractors run MUCH cleaner than the one I had. Seemed a bit quieter too.

There will also be an auger, blade and grader.

The key here is that a lot of earthworks stuff keep ending up on hold due to waiting for stuff to be repaired. So I am shifting back to having the confidence that I had on mount spokane. Use the tractor for most things and rent an excavator once in a while for other projects.

posted 6 years ago
I'm a fan of Kubota myself. I think we've had this one for 5 years. Other than tire problems it's been fine. Just save yourself the hassle and buy tubes for the front tires.
TRACTOR-PHOTO.jpg

posted 6 years ago
Delightfully non dogmatic of you!

posted 6 years ago
One of the lessons I've been coming round to over time is that you can spend a lot of time and money being cheap. It sounds like your new machine will be a great fit for what you need. Also, the thought process behind the choice is excellent - the bottleneck of needing to have working machines was substantially slowing progress by the sound of it. Having something on site full time and working with some decent grunt will open up many more options.

Weston Ginther
Posts: 63
Location: NW South Dakota - Zone 4b
9
posted 6 years ago
Awesome! I'm glad you shared your observations and experience in this area. Even though it sucks having to fuel equipment up and deal with the smell and loud noises, the increase in forward velocity with certain projects will FAR outweigh the negatives, in my opinion. Anyways, I hope the new tractor works out great for you!
Curtis Budka
Posts: 109
Location: Southern NH zone 5b
31
I like...

posted 6 years ago
I'm excited to see Open Source Ecology continue to work out the problems with their open source tractor. I think that they are on their 6th prototype. Since everything is hydraulically driven, they incorporated the ability to change out the motor. That means someone can start experimenting with electric motors with the same design to drive the hydraulics, there is an infinite variability in horsepower, and there is less engine maintenance total.

Everyone should stop being so naive and close minded and just start experimenting to make a better world.

posted 6 years ago
I'm sorry to hear that the electric tractor isn't functioning reliably. We loved our little Kubota in Wisconsin, the only problems it ever had were from operator error. Eliot "sold" it to me saying we could build the kitchen garden and then sell it, since they hold value so well it would cost less than renting. However, there were so many things to do with it, we never sold it until we moved! 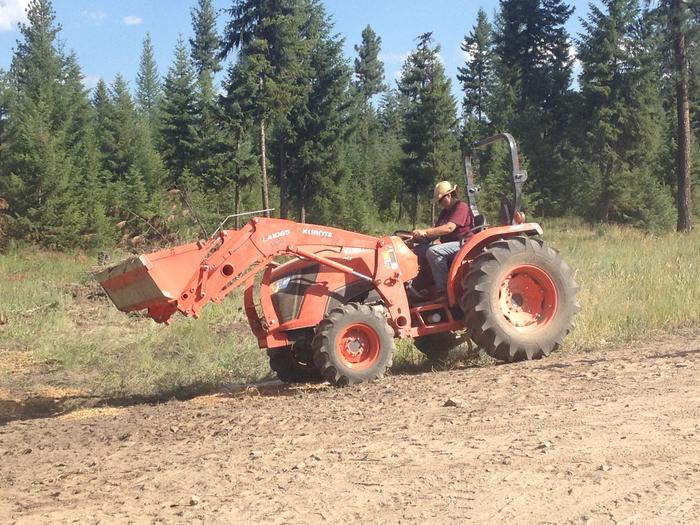 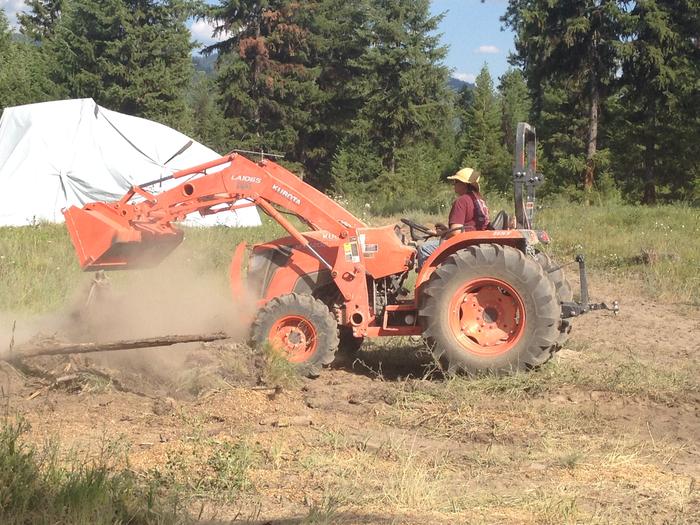 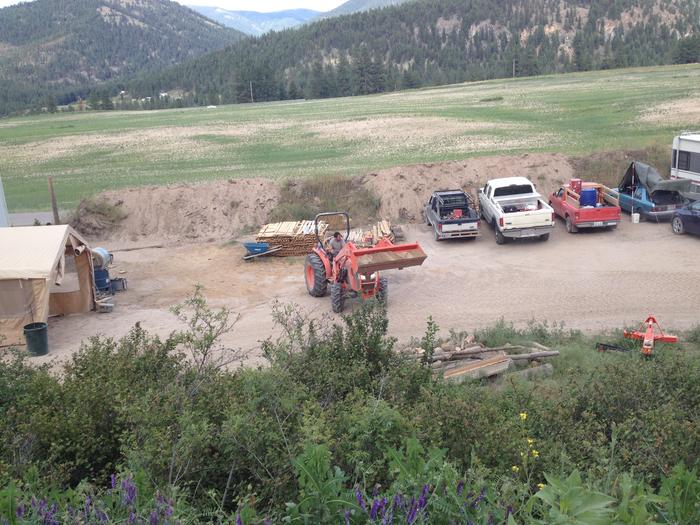 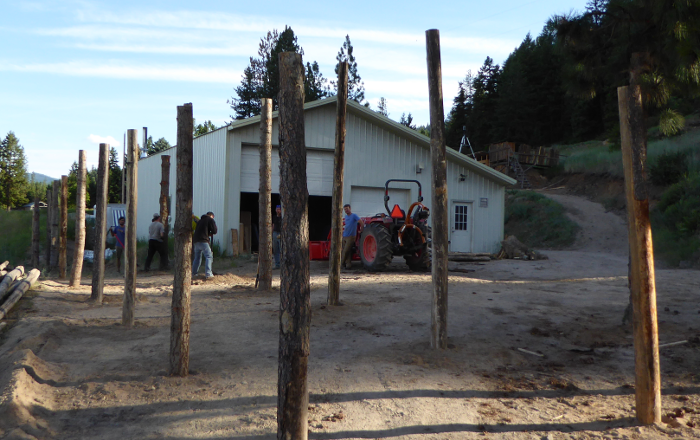 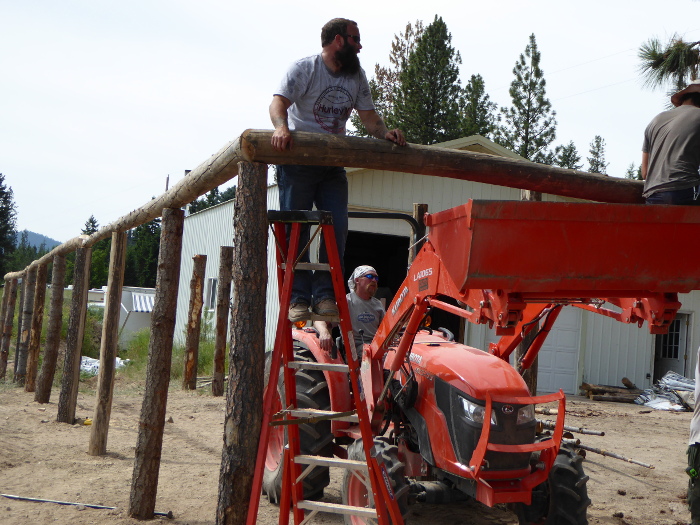 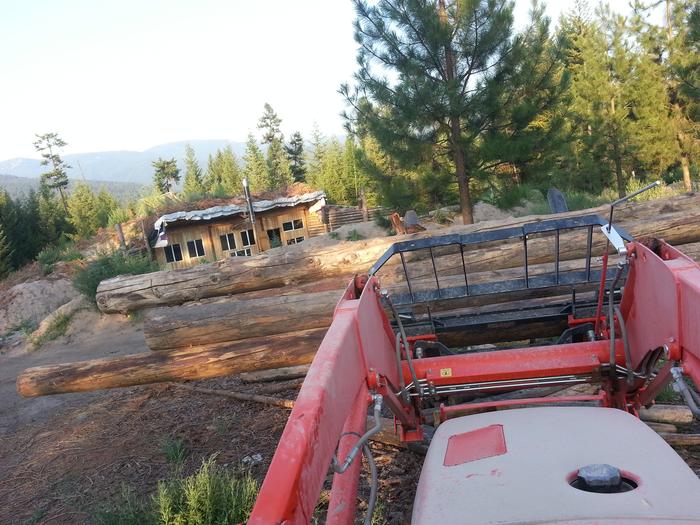 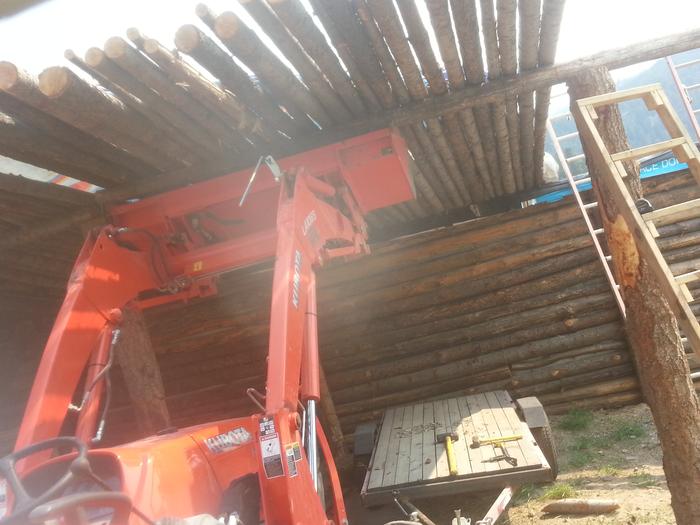 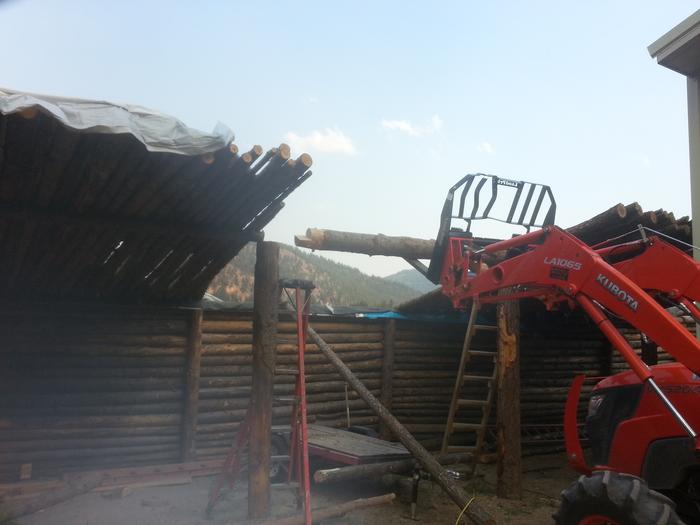 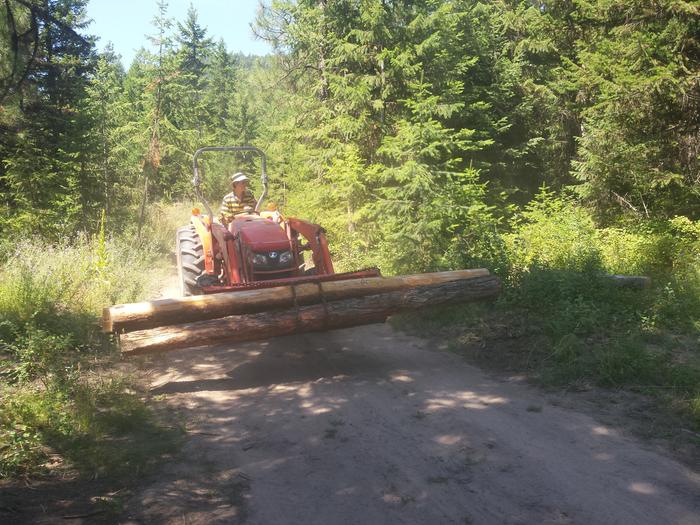