Once the excavation was complete, I was left with a big stump and a giant tangle of roots. It all had to be taken six inches below grade to allow for extension of the shed. I have given all of the wood to one guy and 3 truck loads of compost and soil to another.

The stump really put up a fight. I hit several rocks and quite a bit of mud, despite careful preparation.

Before cutting, I dug the soil away and cut the bark free from the wood portion of the roots with shovel and axe.

I started by making several cuts straight down into the deepest part of the stump. I keep an eye on the color of the sawdust. If it's nice and white, I'm cutting only wood. If the sawdust comes up brown, this means that I'm starting to penetrate the lower bark and mud. For maximum blade life it's important to only cut until the chain barely scratches the surface of the lower bark. A sledgehammer finishes the cuts and tears the bark away from each block.

My friend has more firewood and a fellow named Liam has a new garden that is half leaf mould and well rotted kitchen scraps . Liam answered an add for free soil. He helped to load one big batch. 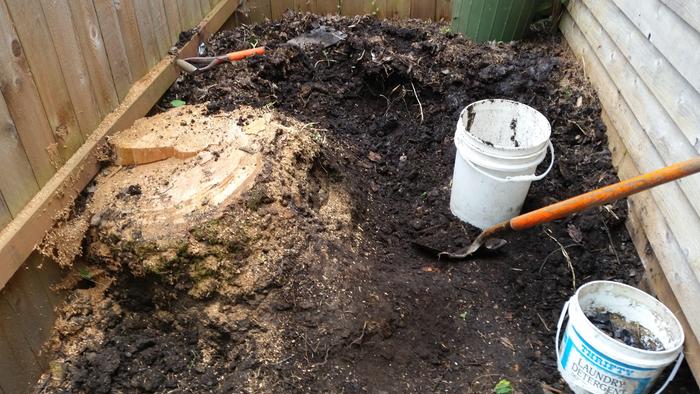 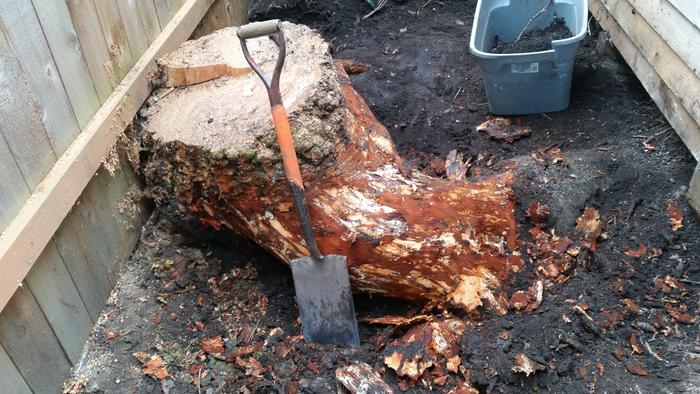 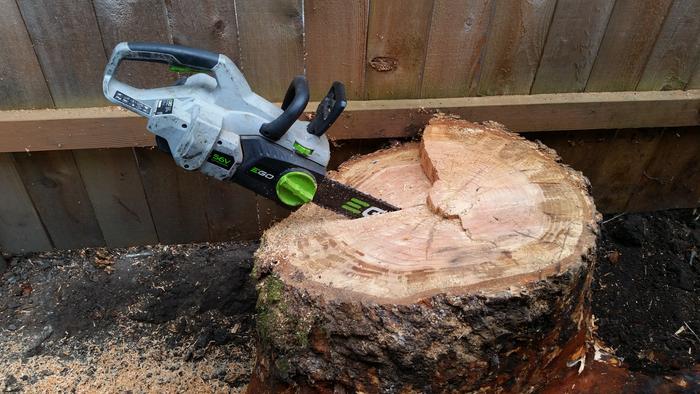 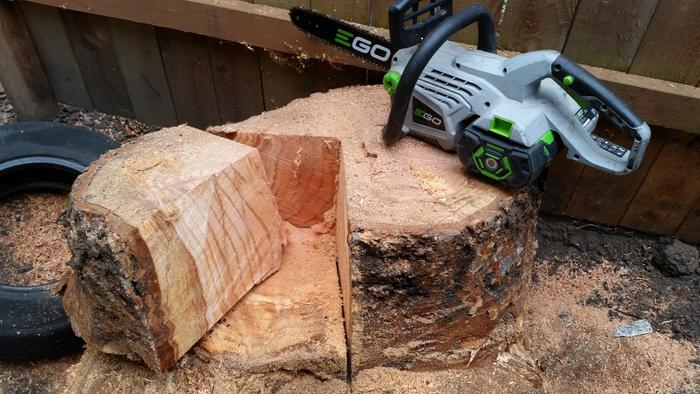 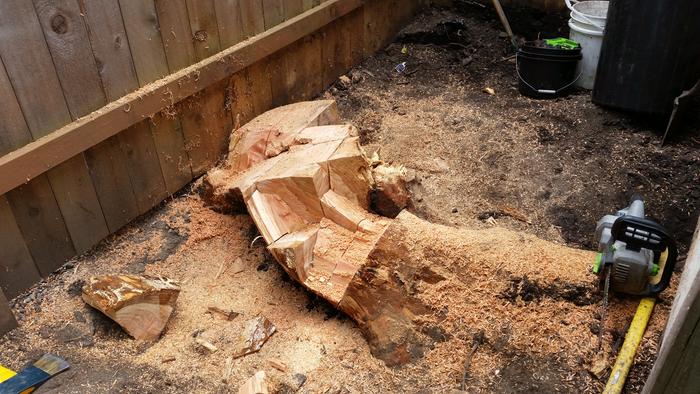 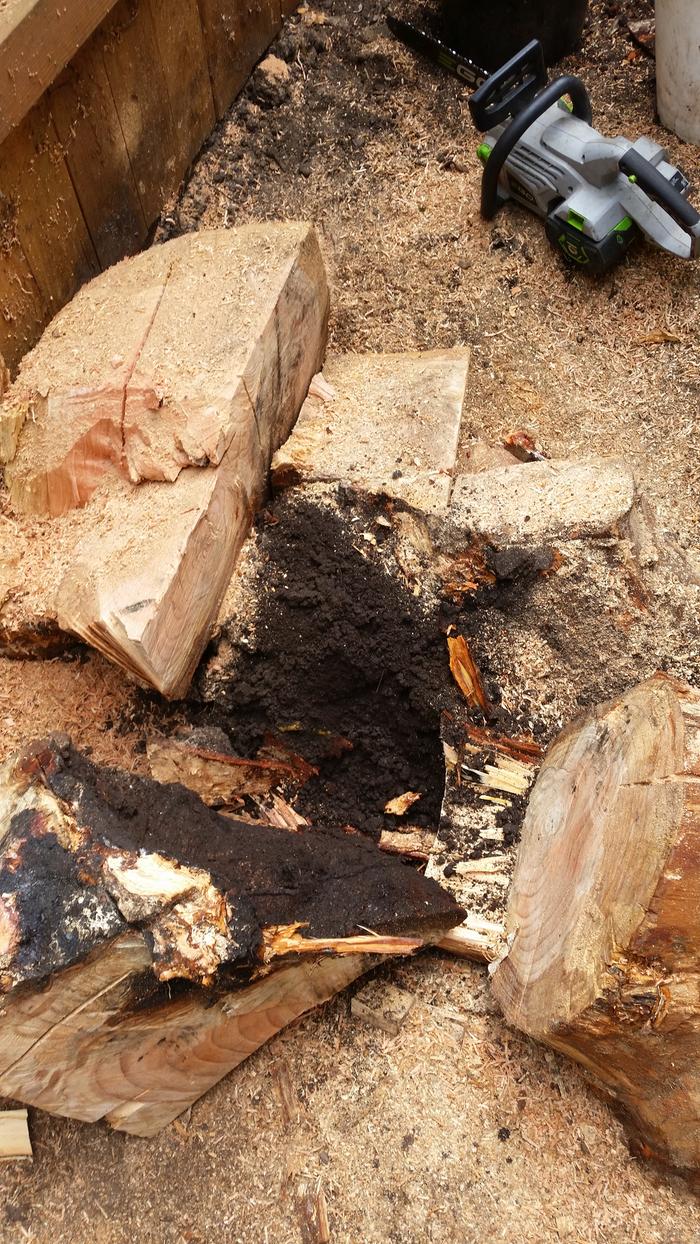 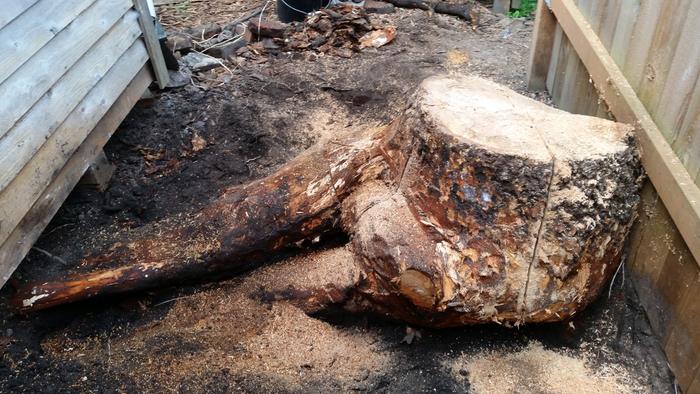 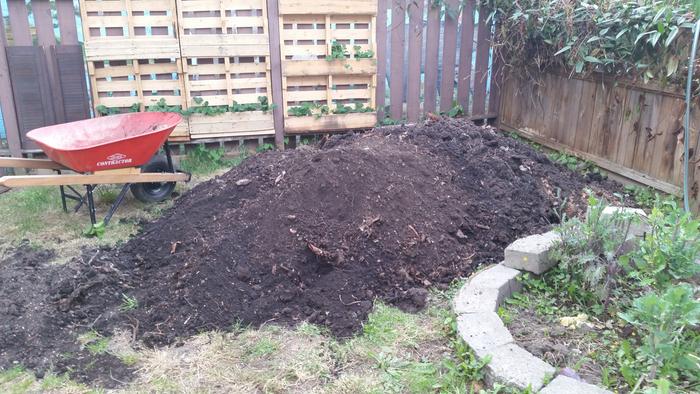 Dale Hodgins
Posts: 9002
Location: Victoria British Columbia-Canada
692
posted 6 years ago
I unearthed more and continued. Sharpened the chainsaw about 20 times. Killed one $20 chain and a $4 file. Some guys could destroy $500 worth of chain on a job like this. 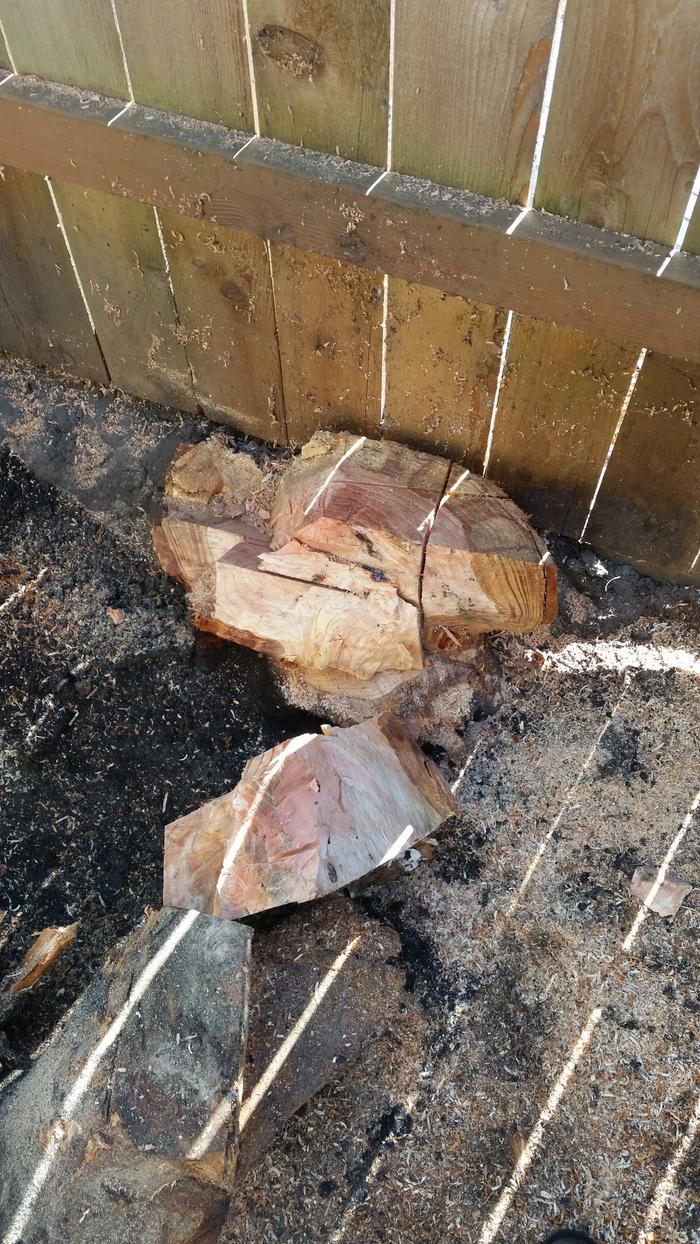 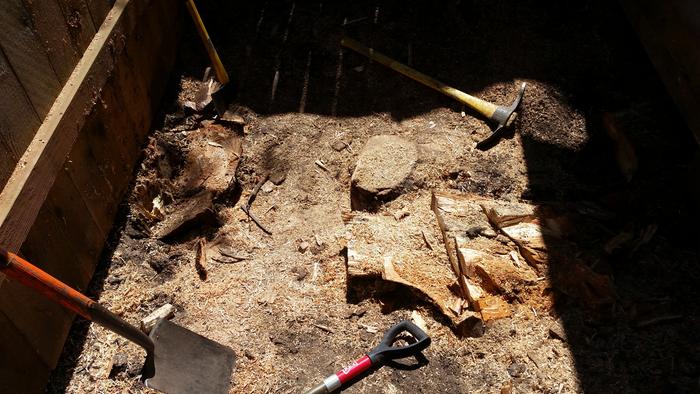 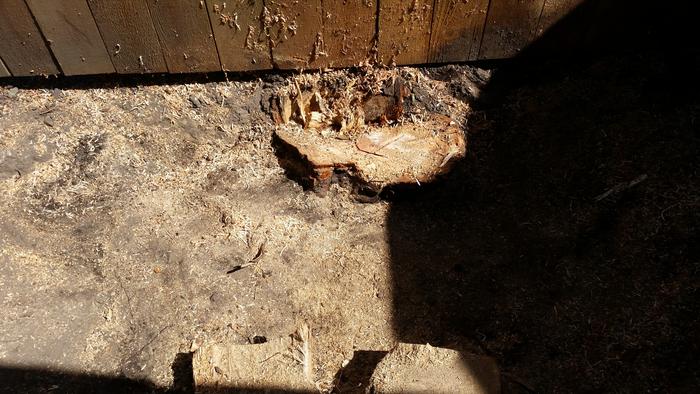 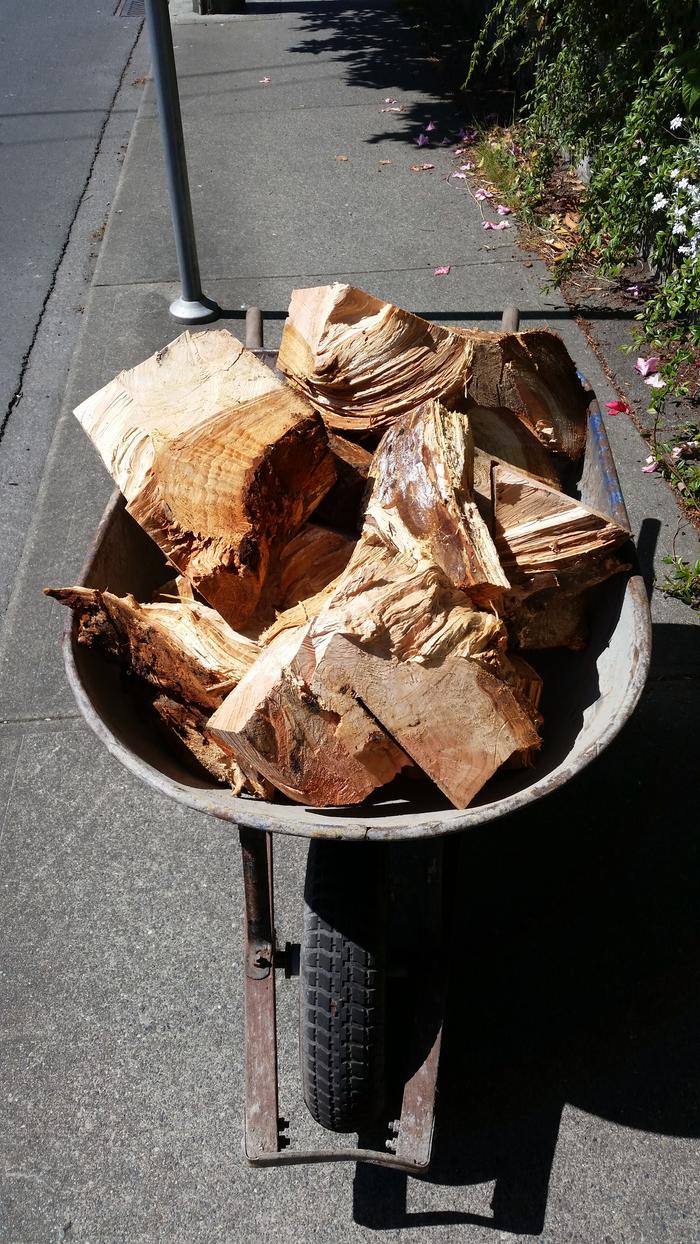