Nixtamalization is not just for corn! 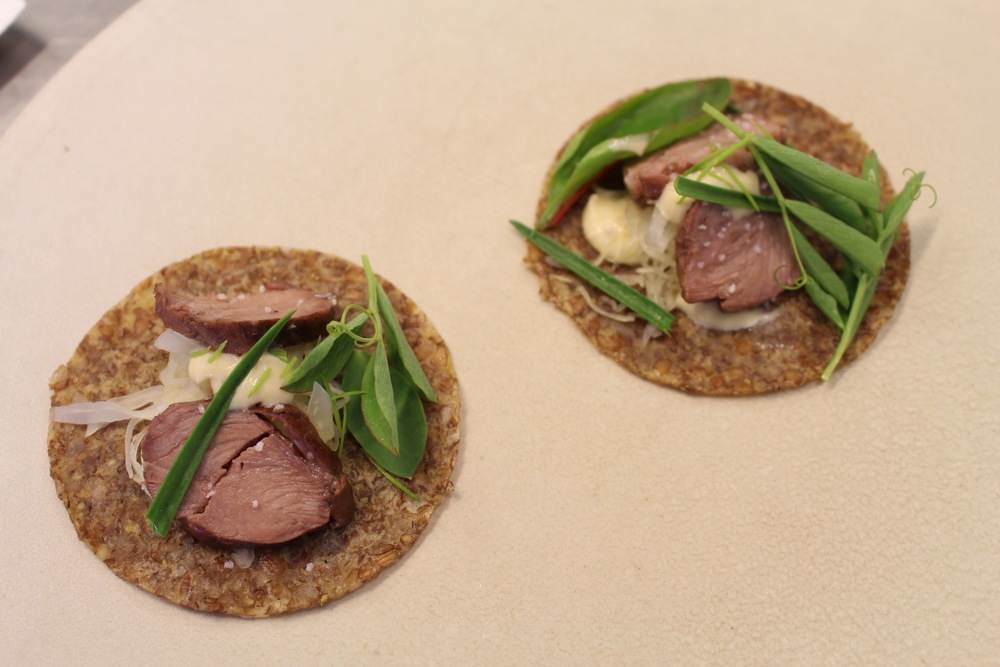 I had my horizons broadened a bit today when initially I was researching some tortilla making techniques but found a real gem of an idea! In an almost never discussed, and even more rarely implemented technique I found a very well written page (link below) about nixtamalization of grains other than corn.

It is nice to have theory put into practice. There is a bit of a mixture of failure and success from the experiments. None the less, phenomenal idea with nutritional potential that has yet to been researched.


Oland wheat is one of our favourite grains at the lab, and it was one of the most successful with the nixtamalisation process. It gives an aroma particularly similar to corn masa dough, with hints of nuts and caramelized roasted grain, a slightly chewy texture, a fine reddish brown colour with hints of yellow, and a surface resistant enough for any type of filling.
100g whole Oland wheat grains
500g water
5g calcium hydroxide (we got ours here)
5g salt
Mix the water with the calcium, add the wheat and cook in a pot for 45 minutes at medium heat. Remove from the stove and leave in the solution for 6 hours. Wash a few times until they are clean of calcium, strain and grind in a molcajete, the Mexican mortar and pestle of volcanic rock (or, if without, then blend in a food processor), until obtaining a smooth dough. Put the masa in a bowl and mix with salt. Weigh out balls of 10g and press between two sheets of parchment paper sprayed with oil. Cook the tortilla in a hot pan for 45 seconds on each side, and a final 45 seconds on the first side, until the tortilla is nice and cooked but not dry or brittle. Reserve in a damp towel.

Joy Oasis
pollinator
Posts: 374
61
posted 3 years ago
Thank you, this is very useful. Without appropriate preparation, grains and seeds are almost just calories without much nutrition because of the phytates (phytic acid) and other antinutrients.