Could you guys help figure out what's wrong with my friends green apple tree?

My friend's apple tree produces tons of apples, but when the tree is producing the apples either a) the apples fall off prematurely, or b) they become moldy looking while on the tree, eventually falling off.. Here are some pictures of what I mean.. Could you guys figure out the problem? Thank you for your guys' time. 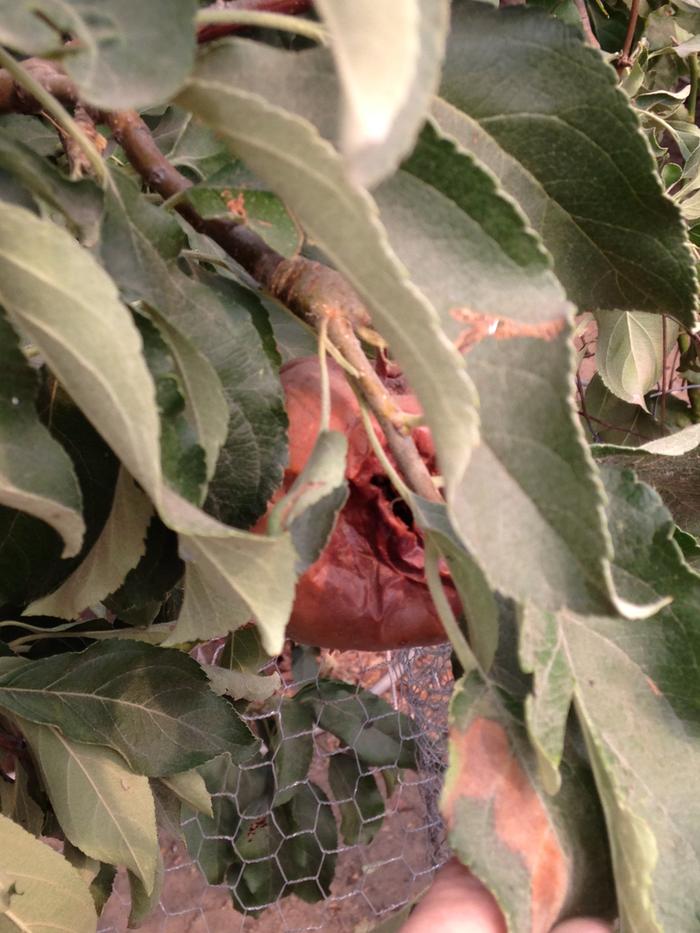 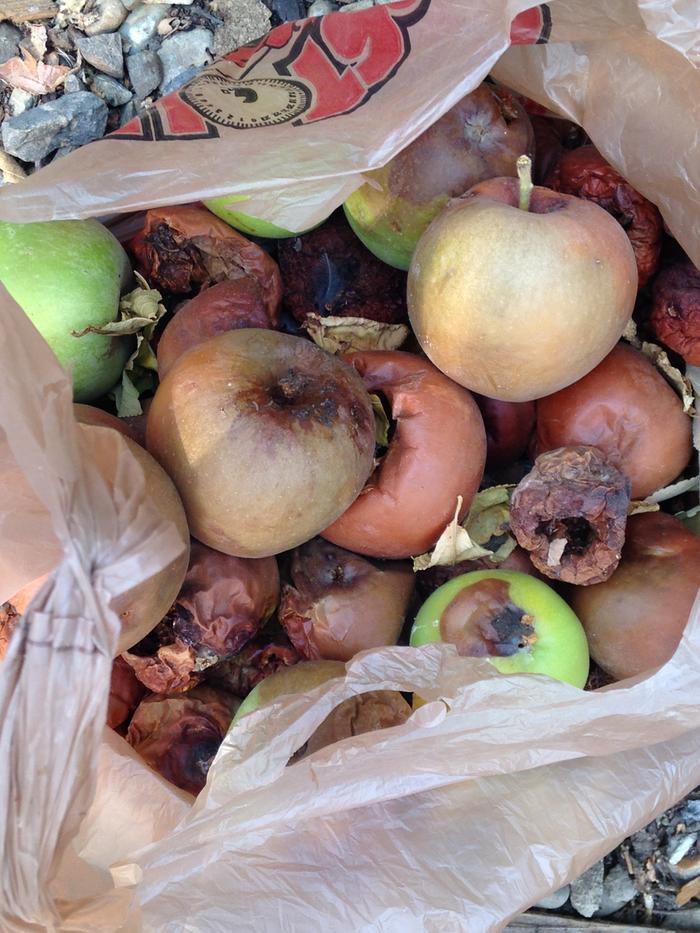 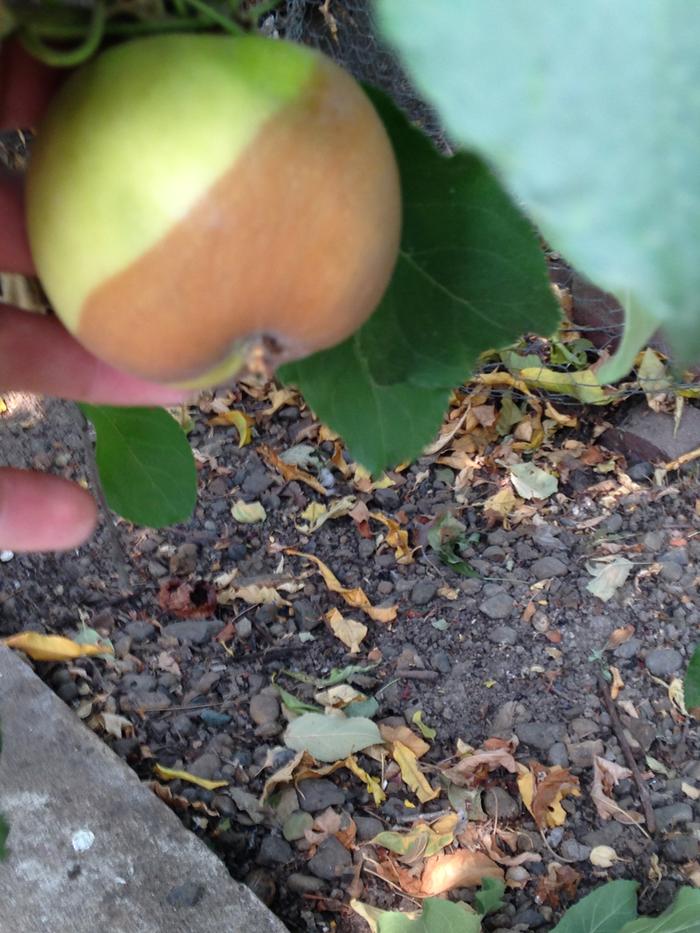 Posts: 5275
Location: Cache Valley, zone 4b, Irrigated, 9" rain in badlands.
1951
posted 4 years ago
Are they early summer apples? If yes, then just pick them earlier, before they turn mushy and start to rot. In my experience, if full-sized fruit is falling off the tree, then it is past time to be picking it...

Thanks for replying. I don't think they're early summer apples because the ones that stayed on didn't seem ripe when I took a bite. They were still really hard
Miles Flansburg
pollinator
Posts: 4665
Location: Zones 2-4 Wyoming and 4-5 Colorado
462
I like...

posted 4 years ago
Are they irrigated? What type of soil are they in?

Are the trees loaded with lots of apples?

Tyler Ziemba
Posts: 4
posted 4 years ago
Hey Miles, thanks for your time.

No it's not irrigated. Not sure the soil, it's just in his backyard. We live in Turlock, CA ( Northern Cali), if that helps at all.. And yes.. the tree produced hundreds of apples its rediculous. but at the end he's lucky if he gets a couple of bags worth
r ranson
master steward & author

posted 4 years ago
Some fruit does better if picked early and ripened in the cellar. I have several trees where the fruit rotts before it tastes ripe if left on the tree. But when picked early, and stored a few weeks, they taste amazing. My heritage trees are especially like this. By heritage, I mean the 100year lod trees.

Tyler Ziemba
Posts: 4
posted 4 years ago
I don't think we need to pick them early. Some are really small and start rotting. told us it was a cuddling moth. We got traps but that didn't work. Some people said spray, but we don't know what spray to use. Are we deficient in a nutrient?
r ranson
master steward & author

Tyler Ziemba wrote:I don't think we need to pick them early. Some are really small and start rotting. told us it was a cuddling moth. We got traps but that didn't work. Some people said spray, but we don't know what spray to use. Are we deficient in a nutrient?

Are there maggots and/or brown gritty stuff inside the core of the apple when you cut it open?

We have excessive codling moth and the damage looks considerably different. It could be codling moth, maybe a different kind than we get here.

This whole idea of ripening the fruit on the tree is a post prohibition (aka, post 1930s) fad. Before that, fruit was almost always picked early and cellar ripened, or transformed into apple cider (or Hard Apple Cider as they call them it the US). Apples for eating, especially apples for eating raw, are historically really weird.

One of our pair trees for example, has exactly the same style of damage if the fruit is allowed to ripen on the tree. Even when it starts to rot, it still doesn't taste ripe. But if we pick it about three weeks before the rot sets in, and store it in a cool place for a month, then the fruit tastes amazing. Several of our apple varieties are this way too.