Posts: 148
Location: South Central Idaho
posted 10 years ago
Males are twice as likely not to be deficient as females and IDD is the most common disorder known to mankind and the medical approach is in disarray. That way more people are sick and going to doctors. Which is the overall goal of our Government .. which has stated under Obama's Health Care guide lines .. that a correctly applied system of health care should attain the goal of approximately 15% of all Americans would be euthanized. Don't believe me .. look the quote up on the Net .. that is where I saw it.

If you have a thyroid problem the doctor will track the amount of thyroid level in your blood stream but will ignore a corresponding level of iodine. Why?

I am starting today to increase my wife's iodine consumption .. she will receive four Icelandic Kelp gelcaps per week and I will keep track of what is happening with her overall health and will tell her doctor what I am doing.

If you get too far from the stone age .. things go haywire.

posted 10 years ago
I don't think the statement there about the healthcare bill is accurate.  There are a lot of  things one can read on the internet, this does not make them true.  The provision that has people confused is about voluntary planning of living wills, not about euthanasia.

Here is a site detailing this false rumor:  http://factcheck.org/2009/07/false-euthanasia-claims/

Hope that eases your worries a bit.

Brice Moss
Posts: 700
Location: rainier OR
8
posted 10 years ago
thank you ludi
much as I hate the dems that Oboma wants to kill your gramma rumor was pure crap and fear mongering
Larisa Walk
pollinator
Posts: 282
Location: South of Winona, Minnesota
54
posted 10 years ago
My thyroid levels were a bit low and my doc recommended an iodine supplement.  I didn't want to take pills, so I started eating kelp daily instead of only occasionally (about a pinch of powder daily). Now my TSH level is normal.  It's an easy remedy that's low cost as well.
Len Ovens
pollinator
Posts: 1481
Location: Vancouver Island
53
posted 10 years ago

Walk wrote:
My thyroid levels were a bit low and my doc recommended an iodine supplement.  I didn't want to take pills, so I started eating kelp daily instead of only occasionally (about a pinch of powder daily). Now my TSH level is normal.  It's an easy remedy that's low cost as well.

Gotta look up what kelp looks like. I live close enough to the ocean.... I'm on sytharoid now. That is probably the one thing that would keep me from being 100% off grid. (the grid = being dependent on large corp. for life.... being dependent on the community for what I can't do is ok, I don't want to be a hermit

)  And the one thing that would be a problem in a disaster situation.... coffee can only do so much and it could be gone too.
Haru Yasumi
Posts: 102
posted 10 years ago
This is why they make iodised salt, too.

Much much better to use a good sea salt and add a bit of kelp (as Walk says) than iodized table salt, as we are talking about more than iodine - we are talking about complete health.
Joel Hollingsworth
pollinator
Posts: 2103
Location: Oakland, CA
9
posted 10 years ago
I'm glad you brought up the topic of living wills. I especially appreciate you including this:


DustyTrails wrote:Don't believe me .. look the quote up on the Net

I went directly to Snopes (here's their coverage of living will counseling): I strongly recommend that site, because they research internet rumors very thoroughly and evenhandedly, and are very good about showing their work (citing sources, etc.).

Since you brought up living wills in your original post, and seem to be no huge fan of invasive chemical interventions, I'd like to share a little on the topic.

My mother worked as a hospice nurse for years, driving around rural California providing comfort care for the end of people's lives. She got to see just how important such a document is, first hand, by working with families who had prepared such a document, and families that had not.

The first is simple: she knows that killing people is wrong.

The second is more interesting: much of her job was to keep patients comfortable. Every medical intervention includes some risk to the patient, but in her line of work, patients had very little to lose, and in speaking with patients and their families, it often made sense to intervene in ways that are too risky in the course of normal medical practice, but that still are worlds away from intentionally doing harm. From that perspective, it's possible to maintain a reasonable level of comfort in almost any conditions.

Third, she has seen how often people die on the day they achieve a final milestone: waiting until a child can visit them, or until a great grandchild is born. People can hold on to live, and can let it go.

That said: a living will is tremendously important, because it allows the patient to have control of medical decisions that they aren't physically able to make at the time, by planning ahead. Some patients never want to have tubes put into them, others want the full force of modern technology to keep their body moving for as long as possible. Deciding you don't want to spend your final days plugged into a respirator, and documenting that decision in a legally binding manner, is the opposite of euthanasia.

It's also important because families often behave strangely in times of medical crisis. She has seen things play out in ways that resemble the scenario that follows on a couple of occasions, although this isn't to be taken as an exact account of any one case:

Parents who had disowned a child decades ago and broken off all contact, show up after their child is unable to speak, patiently listen to the spouse's understanding of their child's wishes, and then order that exactly the opposite be done, in order to express a final measure of spite. Because there was no legal documentation of the patient's wishes, and no marriage license, my mother had to work against the patient, by law. It's hard to be certain how aware the patients were of this situation, but it must have been terrible to be that nurse.

I think that if 15% of people could record their decisions as to end-of-life care, it would be a very good start.

Melba Corbett
Posts: 164
Location: North Carolina
1
posted 9 years ago
When animals have iodine deficiencies, they often will not conceive or will have sick, weakly offspring.  It has been connected with cystic ovaries in livestock, so probably also is in humans.  Deficiencies have been correlated to some types of cancer, particularly breast, ovarian or prostate.

We feed free choice kelp to our dairy goats and after the nuclear plant incidents in Japan, they started eating about 4 times the amount they normally would.  Then we found out we had higher than normal levels of Iodine-131 (radiation) here in North Carolina.  Kelp not only has fairly high levels of iodine, it has all the other trace minerals too and all are needed by our bodies and by plants.  I also use it on the garden and fruit trees.  It can make a fruit tree bare much earlier than normal.

Deficiencies can show up as goiter as the thyroid swells to try to extract more iodine from a deficient diet.  There are many, varied deficiency symptoms which could be found by doing a search online.

Posts: 238
Location: swampland virginia
posted 9 years ago
internet vs obama cares vs factcheck vs snopes. none of them know. the bill does not contain everything one would need to know to know how those things will pan out. guess a lot of it depends on your view of life, society, and individuals  and governmental roles.

table salt / iodized salt, not all the same, and very low amount of iodine in them. it will get you by.

sea salt - buy different ones and do a taste test. then see which one you want and if it changes.
some sea salts are refined, others have flow additives in them. if you want trace elements, know what you are buying.

@red cloud - was keeping an eye on iodine 131 info and missed that it made it to the east coast. any idea what the levels were.
Melba Corbett
Posts: 164
Location: North Carolina
1
posted 9 years ago

Dr_Temp wrote:
@red cloud - was keeping an eye on iodine 131 info and missed that it made it to the east coast. any idea what the levels were.

There was a news blip about Duke Power here in North Carolina saying the Iodine-131 was elevated at their power plant, but it still was not at dangerous levels.  Whether or not it was related to the incident in Japan was not known.  Don't have more information than that.

Nathan Johns wrote:
This is why they make iodised salt, too.

No... it actually appears to neutralize itself.

Fish, no one has mentioned fish... Fish is iodine rich and healthy for everyone (wild fish).

Iodine... Thyroids... You can not always tell someones thyroid health by looking at lab tests, but you can see results by treatment. Iodine is in more food than you might think, but I want to point something out... Maybe you have things suppressing your thyroid for example. Cane sugar, wheat, lack of exercise, [for some, a] lack of meat, and poor intestinal health (which can raise white blood cell count, even leading to an auto-immune issue) all can contribute to leaving your thyroid in a semi-state of distress which may mean it wants more iodine.
T. Joy
Posts: 438
posted 9 years ago
There are many foods to avoid as well, along with thyroid tapping, a gentle non-invasive but effective therapy.
http://books.google.ca/books?id=w32bqKWLPekC&pg=PA160&lpg=PA160&dq=thyroid+tapping&source=bl&ots=fyPQtEH9vC&sig=zVQ8mmt-Q43ZA1EJGAYRUcbKqbM&hl=en&ei=s1MxTve0CpTTgQfF0dn0DA&sa=X&oi=book_result&ct=result&resnum=2&ved=0CCEQ6AEwAQ#v=onepage&q=thyroid%20tapping&f=false

You can brush your teeth with a drop or two of lugol's iodine on your toothbrush. It gets absorbed and is also a tonic for the gums, kills bacteria in the mouth while you're at it.
Posts: 55
posted 9 years ago
Shoulder stands can have an almost instance affect, too, 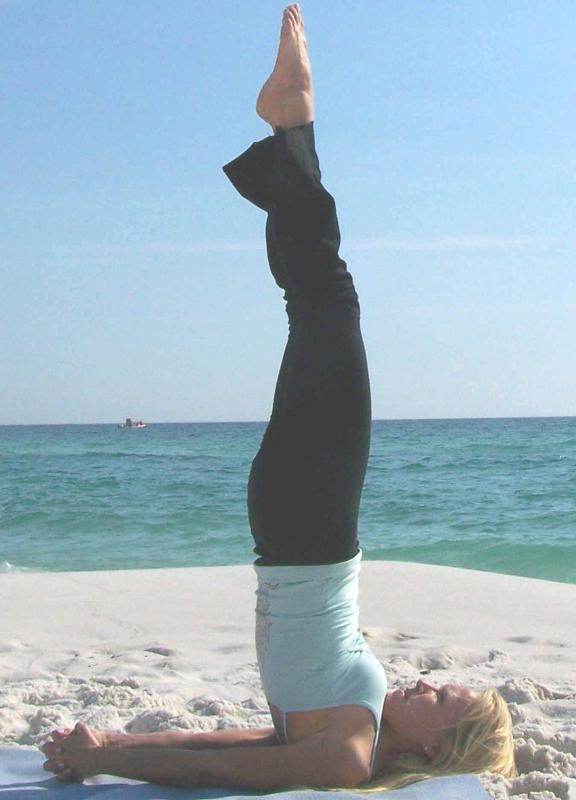