If used carefully, an excavator can do a reasonably good job of stripping bark from large logs. It doesn't work so well with smaller ones.

Clear logs, without branches can be scraped lightly with a dull clean up bucket, while  the tree is still standing. Sharp edge buckets and digging buckets with teeth will mark up the wood.

Most logs that need to be stripped, are already on the ground. Most attempts to scrape the bark with an excavator, will result in dragging it along the ground. This method is ineffective.
.....
I have found that dropping them onto one another is quite effective. I recently had some Douglas fir logs that were all cut at 11 feet long. This is a nice size for dropping. 50 foot logs would be much more difficult and might be damaged. My 11 foot logs were dropped so that they hit one another along their entire length. The log is grabbed gently, so as not to mark it up and then raised above the others and released quickly. This loosens or completely removed sections of bark. Logs that have been dealt with in this manner are then cleaned up by hand. The sections of bark remaining may already be loose and because other areas of bark are missing, they can be attacked from several angles.
.....
It's important to cut branches off as close as possible. Once the log becomes partially debarked, the branch nibs can leave dents in logs that are struck by them.
.....
A farm tractor with a front-end loader would work nicely for this.
.....
I'll make sure to get some pictures next time.

Edit. Once the bark is loosened in many areas, the logs can be jostled around on clean ground. Ideally this would be wood chips, sawdust or bark.
Michael Longfield
Posts: 121
Location: Southern IL zone 6b/7
7
I like...

posted 4 years ago
I will be trying this soon!

Dale Hodgins
Posts: 9002
Location: Victoria British Columbia-Canada
670
posted 4 years ago
The important thing is to know when to stop. It's most effective with really thick bark. This fir log is 26 feet long. I stripped the whole thing in 19 minutes, without use of the excavator. Larger logs that are cut to shorter lengths are probably the best candidates.

I did some preliminary bark stripping in the bush. Some pieces of bark came off as the logs were skidded.

My hands are always full when I'm walking the property in search of logs. Often a log needs to be rolled over, in order to get to all of the bark. Rather than caring and keeping track of a peavey, I leave a thick branch four or five feet long. After most of the bark is stripped the lever arm is used to roll it over. Once there is no need to roll it again, the branch can be cut off.
20160701_135530.jpg 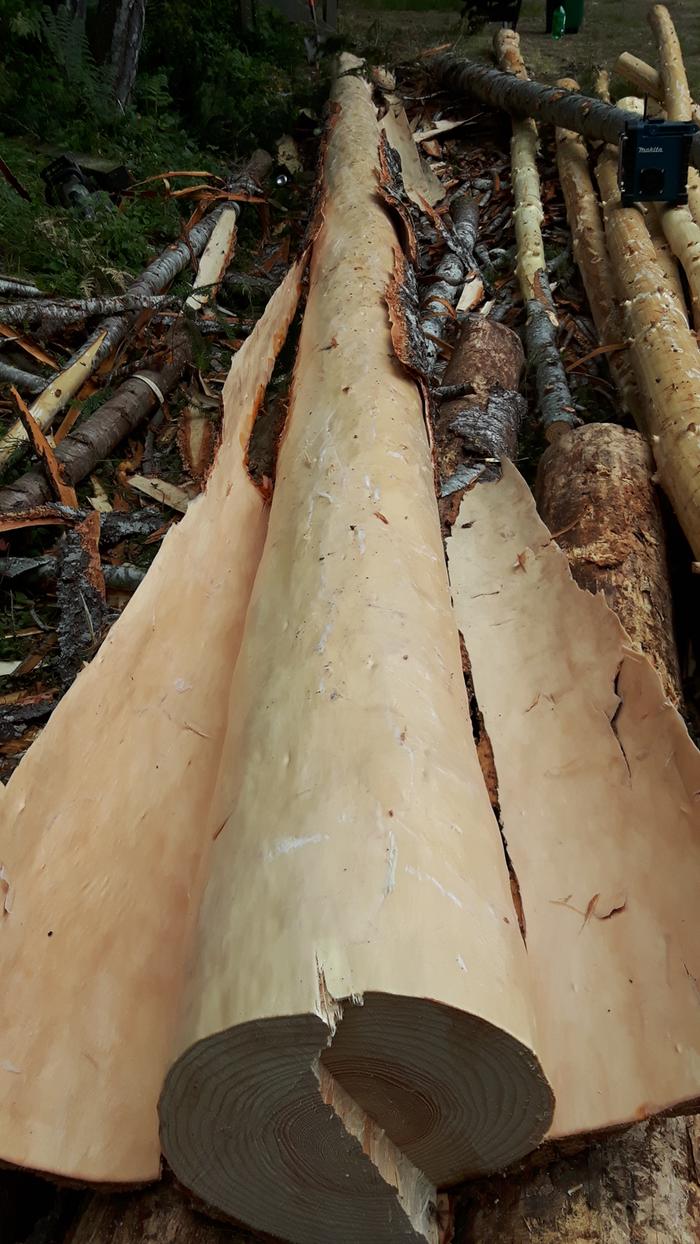