posted 3 years ago
I'm starting some Queensland Arrowroot, Canna edulis, from seed in my aquaponics tank.  I poured nearly-boiling water over the extremely hard seeds, soaked them overnight, and put them in a small pot of soil, set in shallow water.  They've sprouted very well and are looking good.

I've eaten a mystery cultivar of Canna and it was kind of yucky, so I hope these are better.  Taste is supposed to be bland.  Bland I'm ok with, I'm very happy to avoid yucky!

Anyone else here growing and eating Queensland Arrowroot? 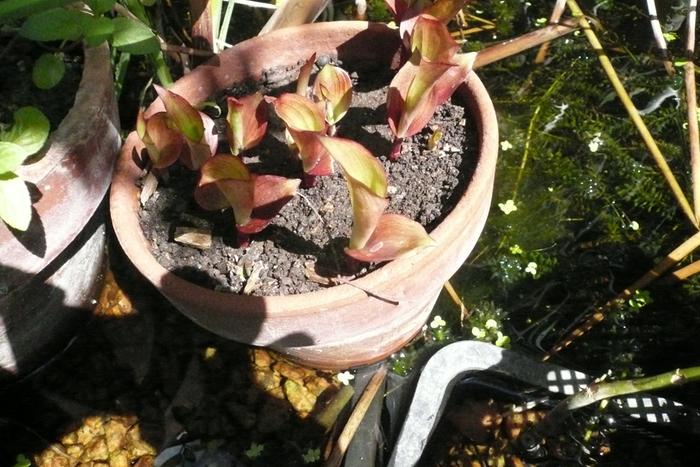 Rosa Nutkana
Posts: 13
posted 3 years ago
I'm interested to know more. What has your experience been so far? Have you had a chance to harvest them and try them out? There is a boggy spot on the property we are buying and I'm looking for water-loving plants to try out. I was initially under the impression that this was the same plant used to make arrowroot powder, but now I know differently. Here's what I learned from my research:

-They are from the diverse order Zingiberales
-There are over 100 species of the genus Canna
-The plant from which arrowroot powder is made is in a different genus: Maranta arundinacea
-The starch from C. edulis (Queensland Arrowroot) is very easy to digest.
-The rhizome clump of C. edulis can be two feet long!

Growing Maranta arundinacea probably wouldn't work for us, as it's tropical.

posted 3 years ago
Mine did not get large enough this first year to harvest from, as I didn't want to compromise their ability to survive our winter (which is usually mild).  I expect to be able to harvest next year.  I need to put some in a more improved bed for faster growth; they're currently in an edge part of the garden which doesn't get a lot of water or soil improvement. 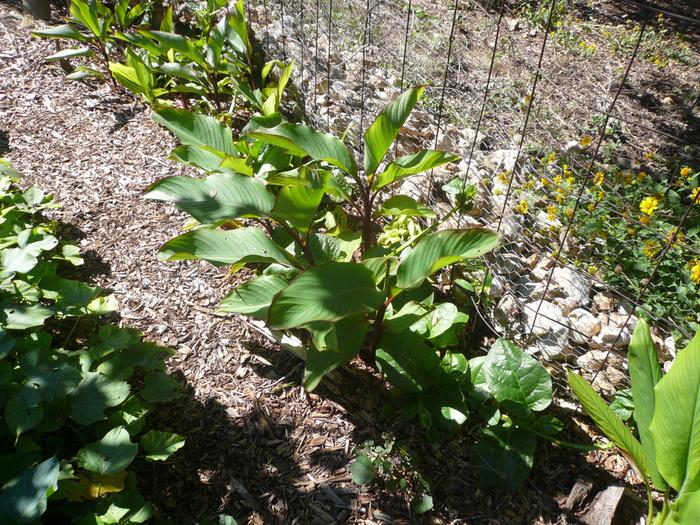 Angelika Maier
pollinator
Posts: 1398
Location: cool climate, Blue Mountains, Australia
20
posted 3 years ago
I grew these in Queensland and they get 3 meters high there. I cooked them only once. Here they get out very late but are still productive. Usually they are not propagated from seed.

posted 3 years ago
Grows like a weed here but I am yet to eat it. I use it as chop and drop and to creat shade/protect the soil. It really does grow fast.

I'll eat some this week and let you know

Angelika Maier
pollinator
Posts: 1398
Location: cool climate, Blue Mountains, Australia
20
posted 3 years ago
do you remember why it is not grown from seed? In the mountains it does not grow like a weed but it grows and dies down in winter. I think I remember that you have to eat the small corns, probably they are not really good otherwise no one would have made flour out of them.

There's a secret to cooking Queensland Arrowroot (Canna Edulis) so it tastes good.

Arrowroot has a compound in it called the F**k.

Basically you have to cook that compound out of it to give it a delicious potato type taste.

In other words you have to cook the F**k out of it.

My best success cooking arrowroot has been leaving it in a solar cooker on a sunny day basically from 11am to 4pm or later.

Then it tastes fantastic.

Also some of the tubers can get huge and alien looking. Generally speaking you want younger tubers than that...still fairly clean looking like a large ginger (kind of).


And here in the tropics I don't know of anyone growing arrowroot from seeds. We just break up the tubers and replant them.

Keep them watered or better still, plant them in the wet season and just let them go.

It's a ridiculously easy plant to grow in the tropics. We use it as a border plant to suppress weeds and cut the tops off regularly to use as mulch.


Having said all that we don't eat them very often. There are simply better, more nutritious options like sweet potato, taro and yams.