posted 3 years ago
As part of our local flax to linen project, I'm keen to dye some of the yarn I spun.  The goal of the flax to linen project is to get people thinking about their clothing and to rekindle the skills we need to grow it locally.  Since wool is already very popular among handspinsters, but a bit too warm for summer, the group decided on growing flax and processing it into linen.  Since the focus is on local, I've decided to source as much of my dyestuff locally as possible.

I'm a bit late to the game with the dyeing of the linen, as the others in the group have already found lots of lovely local colours. 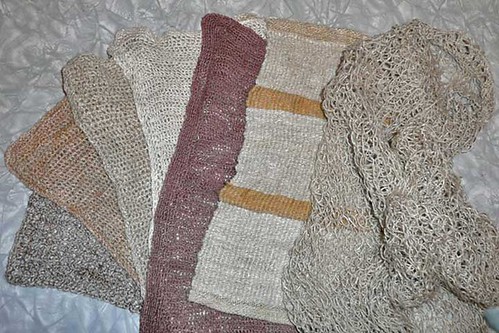 I'll be picking their brains soon about how to do it, but first, I want to try it my own way.


The first step is to boil the yarn to remove any pectin and impurities.  I did this with about 2 Tbs of washing soda in a large pot of water.  Add the presoaked yarn and bring to a boil.  I boiled for about 10 to 20 minutes, then changed the water, repeat.  I did this until the water was clear at the end of the boiling.

You can see how much guck the boiling gets out of the yarn here.  Most of the skeins have been boiled, but the one laying crosswise hasn't and is still quite dark. 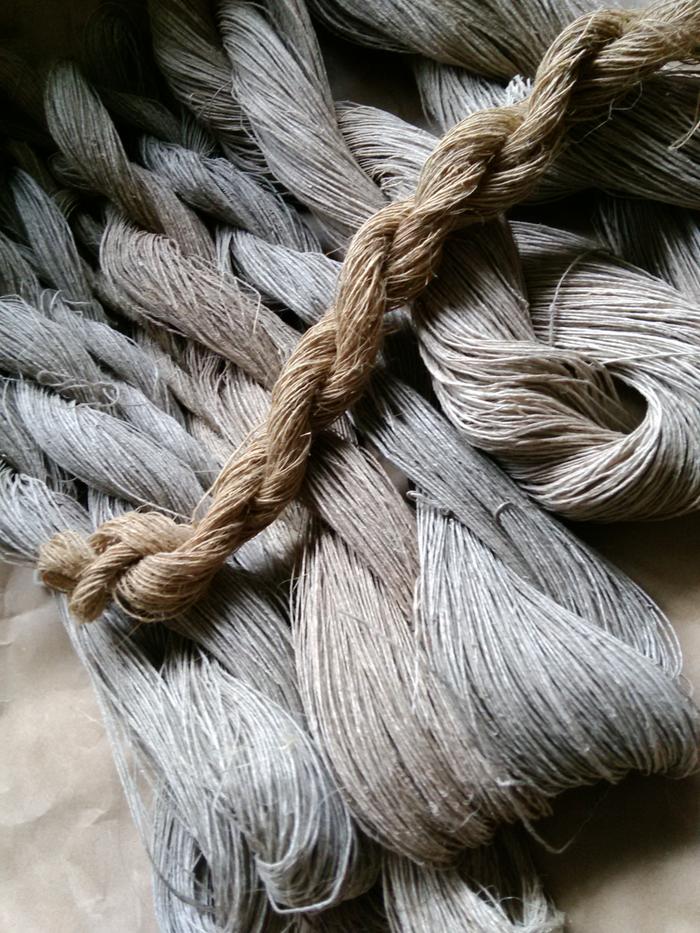 The next step will be to mordant the yarn.  Mordanting helps to affix the dye particles to the fibres - basically, it makes the colours brighter and last longer.
I'm working from the book, Harvesting Color by Rebecca Burgess (you may know her from the fibreshed movement).  It's one of the few places I've found the acorn mordant recipe.  Acorns are really high in tannin which is one of the best mordants for cellulose fibres like linen.  Oh, and what great news!  It's acorn season.  Off to the local park I pop and pick up a pound of acorns. 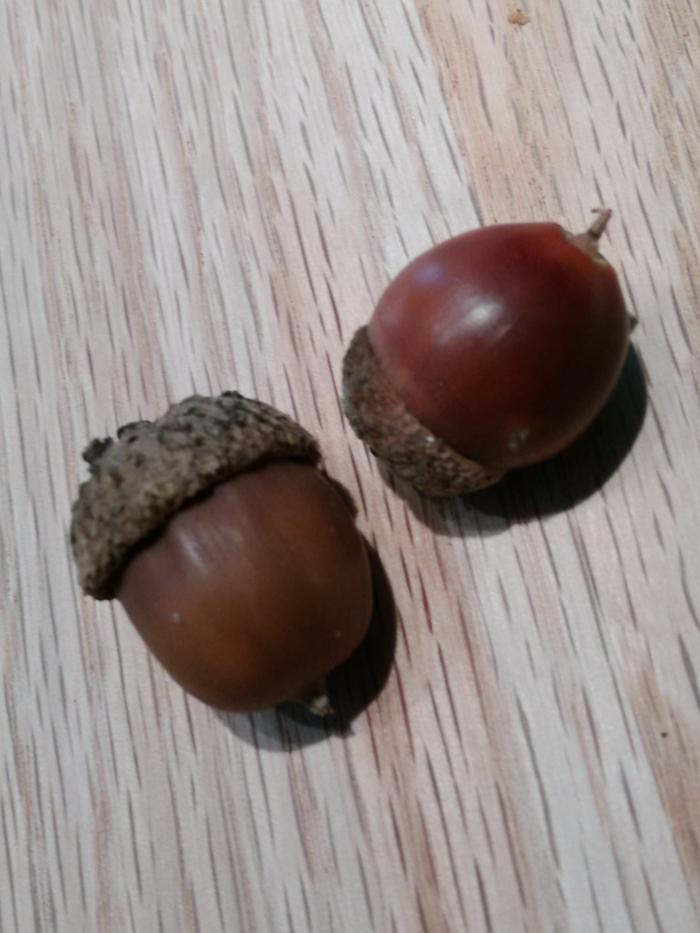 According to the book, what I do next is to shell the acorns, grind the nuts and soak them in water for a few days to release the tannin.  If I wanted and if the nuts weren't so wormy, I could continue leaching tannin and use the nuts to make flour.


This is where I'm at so far.  I still have to decide on what dye I might use.


Anyone here dye linen before with natural dyes?  What were your results like?

posted 3 years ago
The general idea of leaching tannin out of acorns seems to assume we want acorn flour.  So we grind up the nuts, soak or run water through them, save the water.  I think this will work.

However, I got a big veto on using food equipment on this project - If you saw the state of these wormy, moldy acorns, you would understand.  But then I remembered that acorn shells also have quite a bit of tannin in them.  So I've lightly crushed each nut and steeped the batch in some water.  Here's hoping it works.

posted 3 years ago
Hi!
I've been playing with spinning, dyeing and fiber crafting for a bit now and just wanted to reassure you a bit if I could. I mostly work with protein fibers but flax and hemp make their way into my fiber stash, too. In my (limited) experience making plant fiber mordant like this is as simple as putting a couple handfuls of foraged acorns in a quart jar and topping it off with water. Give it a few days to a month and you will have tannin tea. I suppose crushing them would speed up the process but I wouldn't worry about it too much. Especially if you don't want to process them further into flour. Some of my favorite dye plants to forage for around here are rabbitbrush, cherry bark, walnuts, aspen leaves and sages.