posted 3 months ago
Big office day today. Only got to spend one beautiful, sunny hour outside (65 degrees today) and spent the rest at my desk. But got a lot done and that was great! The bootcamp took on a bunch of cool stuff today, like checking the game cams, working on Loveshack finishing touches, digging out the spot for the new cistern on the Lab with the excavator, finishing some flooring in Cooper Cabin, and continued work on the wofati greenhouse.

We had staggered lunches this week, as a result of community feedback that the lunch rush was just too hectic. It was sort of a shitshow because working crews for the afternoon had to be predetermined, and we're not quite that organized yet. But the move to Cooper Cabin community space (rhubarb bootcamp) is quickly approaching, and we need to start to get in the right headspace for that. I put in a gigantic order for supplies for the cc community house today. I'm excited to see how this goes. I'll be at basecamp much of the time, due to my office responsibilities, so I'm in one of the basecamp bootcamps. (ideas for names? potato and mushroom aren't cutting it for me. I like shiso though.) But I'll still be living up at the Abbey! Which is beautiful.

Some highlights from the week (in list form, sorry, I've been on the computer all day and can't keep typing for very much longer...)
Jen made an incredible black bean chili, and Josiah made focaccia to go with it (delectable).
In boot gardening time on Monday, I remade the paths on my hugel! Josiah showed me his technique and I dug out those paths, relocating some daffodils along the way, and attempting some rock stepping stones to the upper level. It looks awesome! for now.
I bought some organic sake in town last weekend, and tried it for the first time this week. It is crisp & delicious!
Dez, Daniel, and I went for a walk to the Volcano this week and checked in with each other and it was really cool.
Two of my best friends recently put fun colors in their hair, so it pushed me to do the thing and I've now purchased a bunch of exciting, vegan, non-toxic hair colors to brighten my 'do. Stay tuned.
The spring flowers are emerging, and man are they gorgeous!

I'm excited for the next weekly recap, because Dez is letting me compile our footage for it! Wahoo! Which means, I also get to be in some frames! Fun.

posted 3 months ago
She's baaaack and she's got a new trick
No, just kidding, does anyone remember magical trevor? 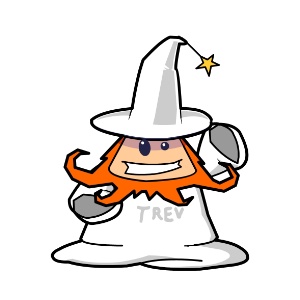 Alright enough. What a long week it has been; I just can't seem to catch up on sleep, and it has been an emotionally draining few days. But I'm looking forward to the spring, the weather turning the coming week, boot gardening time tomorrow. I've planted a few things on my garden hugel; I may create some cloches but I need to purchase a dedicated watering can for my hugel. I'm currently on the phone with an old friend as I type this and he says he's been chatting to the plants in his garden every day, so I told him he should play some music to them (he strums lovely guitar tunes).

The Abbey has grown in beauty over the last few weeks and we are all working on getting this place spic-and-span for the tour coming up April 24th (come to the tour). The boots have been working so hard and crushing out these projects like I've never seen. As I was working in the shop on a personal project today, I spotted the mini rolling shelf which Dez and Chris and I believe Erica built this past week, and I had to sigh in admiration. Such a beautiful idea to solve one of the biggest issues the classroom was previously facing. I'm getting very excited for the summer events, which I think are going to be full of awesome people (I've been emailing with lots of kind souls the past few weeks) and some really good times.

If anyone knows any roundwood timber framing folks who want to hang out at Wheaton Labs and teach us their ways this summer, pleeeease let me know! We have so many fun projects we want to get underway but we need your help!

Blatant plug is over. Sorry! That's what you get on the event coordinator's brk hehe

I'm going to try to get out more this week and even as I say that I know I need to dedicate a lot more time to the office and my email inbox this week! But I will find time to do it all.
Pictures! videos. enjoy.

My pictures are not allowed. sad. just got an iphone 11 and they're saving as .heic extensions. ideas?

If I gmail them to myself one at a time, they are converted to .jpg

Sometimes I visit a free website that will convert one or several at a time (no sign up).

If I gmail them to myself one at a time, they are converted to .jpg

Sometimes I visit a free website that will convert one or several at a time (no sign up).


Thanks, Davin. I went into settings and changed the camera setting to take photos as .jpg but I'm hoping it doesn't affect the quality TOO much. I'm not using them for anything other than personal stuff so it should be okay.
But maybe if I take video on my phone I'll have to change it back to get maximum quality.

It is also a good idea for storage purposes to connect to a free cloud storage system, I use google photos to back up everything as they yet don’t have a limit for space and occasionally erase everything on the device cause they do stack up and in raw end up filling up memory super fast.

posted 3 months ago
Hi Lara. Not sure if you are saving your photos to an apple desktop/laptop and then uploading from there? If you are (and this is kind of tedious work, but....) you can right clic on the photo icon and click on “get info”. When that window comes up under “name & extension” you can change the HEIC to JPG. When you click ok, it will ask you if you’re sure you want to change it. Just click ok or yes, can’t remember what comes up now.

You’ll have to do this to all the images you need to re-designate as JPG’s for the time being. It’s a pain, but that’s how I got around that problem. Hope this helps.

Blessings and Love abound when you allow them into your heart.

posted 3 months ago
Yet another option, if you have the image open on your computer you can use Snipping Tool to rectangular snip the image and then save it as what you'd like, including JPG.