posted 3 years ago
I cut these logs two and half weeks ago and another one week ago.  Is this sap that is discoloring? Can I still use these for growing Mushrooms?
IMG_1977.JPG 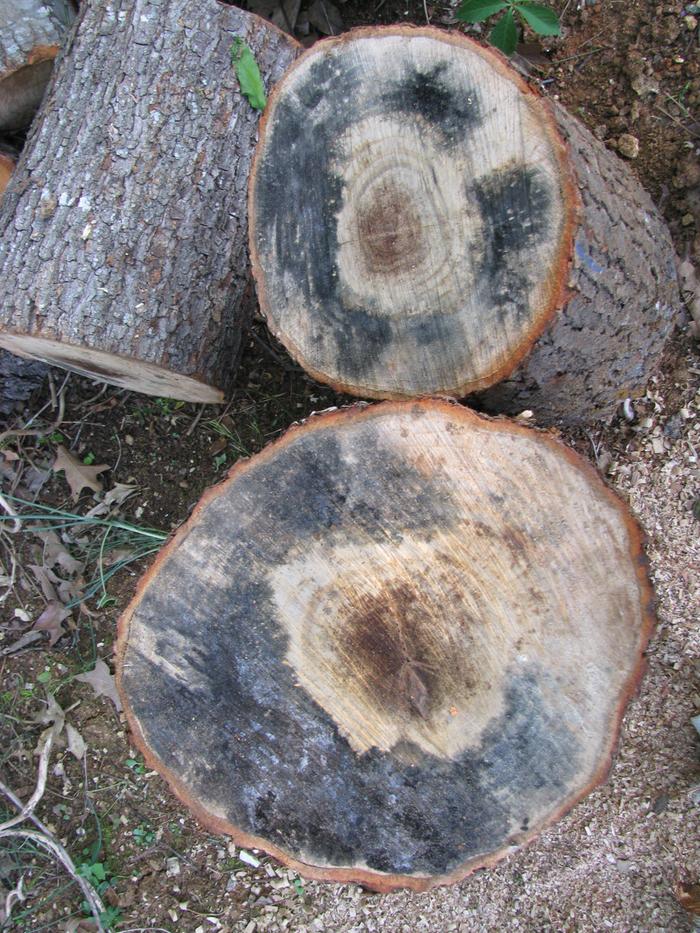 Jim Patalano
Posts: 17
2
posted 3 years ago
It might be sap (idk the least thing about whether and how sap discolors wood after being cut), but let me say this...

If you cut the log two weeks ago, it is probably not a viable substrate for mushroom cultivation AS IT CURRENTLY IS. Once you cut the log, exposing some of the wood beneath the bark, it becomes open season on the wood for any mushroom spores that land on it. Since mushroom spores are constantly present in the air, chances are high that after two weeks have passed, some contaminant species probably has alteady begun to colonize the wood.

What I would consider doing if I were you would be chipping the wood and pasteurizing it. This will allow you to start with a clean slate and you can innoculate the woodchips with some grain or wood spawn of your chosen species.

Leaving visual appearance to one side (someone else with more experience can speak to that), theoretically you have little chance of success innoculating a whole log if the log has been sitting around for two weeks being cut. Its for the same reason you wouldn't use hydrated straw that had been sitting around for 2 weeks (you would have to pasterurize it first).
Adam Pickatti
Posts: 5
posted 3 years ago
Those logs are infected with something already bud. Tree may have been sick with a disease or standing dead but yeah you shouldn't try to inoculate those, it might work if you try oysters but they will be fighting off this competitor the whole time. Much better to cut some new logs in fall or winter from a healthy living tree, 3-6 inch diameter is ideal if you want to see fruit sooner rather than later, smaller and they dry to easy bigger and it takes a few years to fruit mushrooms.

And you do want to wait a few weeks after cutting to plug so the natural antifungal defenses of the tree wear off, but not to long or they will grow competitors.
Will Meginley
Posts: 141
Location: Campton, New Hampshire
9
I like...

posted 3 years ago
That's definitely a fungus of some kind. If it didn't already look like that when you cut it then there might still be hope, though. It takes time for a fungus to work its way into a chunk of wood that size, especially since it's only working in from the ends. (Good thing you left the bark on.) Try cutting an inch or so off of each end until you get past the discoloration. With luck you won't lose much. Then inoculate as normal. Even if a small amount of the wild fungus remains in the log it will have to compete with all of your plugs. Odds are it'll probably lose.