Dale Hodgins
Posts: 9002
Location: Victoria British Columbia-Canada
670
posted 3 years ago
The Paulownia tree has recently come to my attention. It goes by a variety of names ...
Paulownia (Paulownia tomentosa)

I was at an event promoting various green technologies and a lady was promoting the idea of starting plantations. She showed me the trunk of a tree that was grown about 60 miles north of here. I wish I had taken a picture. It was at least 10 inches in girth and it was 8 years old. Pretty impressive.

The wood is quite light, so I'm not sure how it works out in pounds per acre, but it is certainly the fastest growing thing on this island, where everything seems to grow fast. In looking at the properties of the wood, it's clear that it's not going to replace Walnut or Oak, in making Fine Furniture. It is stronger than many Pines and it's lighter and faster growing. Seems perfect for Florida, where they have had more than enough problems with invasive plants and animals. They already have pine monocultures, that often go up in smoke.

They tell me that it doesn't become invasive here. If that's true, I suspect that it's because we are near the northern limit of where it can be grown. Still, they are getting amazing growth rates. The lady told me that stuff grown in the North is more valuable to the makers of musical instruments and surfboards. While that may be true, with the massive amounts being grown in Asia, I doubt that a very high percentage of this wood goes to those specialty markets that she talked about. Some very high prices per board foot were also kicked around. $10 was one number. $2 was another.

The company promoting this tree calls it the Empress Splendor.  I'm not sure if that is another common name or if that is some trademark name of theirs. But this isn't some GMO that can be licensed. It's grown in many parts of the world.

They are looking for people with 20 acres or more, to make a 10-year commitment, for half of the profits. Not something I would ever go for, and I don't have 20 acres. Apparently it is a very easy tree to propagate. It regenerates from the stump, when cut down. I can't imagine how they are getting people to supply valuable land for 10 years, just so they can avoid supplying their own seedlings.

It's being promoted as an investment opportunity and a carbon offset. The split is 50% for the grower, 25% for the company and 25% for investors. I'll be my own investor and company, thanks.

Their literature claims that it sequesters 11 times more carbon than any other tree. The lady at the counter could give no evidence for this claim. If they had said 20% more than any other tree or something like that, I wouldn't be suspicious. But 11 times. That means 11 times more than hybrid eucalyptus and poplars. They don't grow quite as fast, but both woods are more dense. I can't imagine how they arrived at that number. The pamphlet paints a glowing picture of a world saved from flooding and pollution, all due to the efforts of their company and their investors.

.......
Do any of you have direct experience with this tree. I would particularly like to hear from those in coastal Washington or British Columbia, since that would give an indication of how it would perform for me.

I don't envision a plantation of thousands. It seems like something that might thrive in a tree bog sewage system, or in some other situation where large amounts of water need to be consumed.

I could see using this for land reclamation. Around mine tailing ponds, or other brownlands where food should not be produced. Municipal dumps need to be covered up. I'm not saying we need dumps, but if we have them, I'd like to see something fast-growing that sucks a lot of water out of the ground.

Vancouver Island contains some of Canada's best fruit and vegetable land. It appears that this is where they want to put the plantations. The trees need good soil and lots of water, and therefore are not suitable for steep rocky slopes.
20170627_095557.jpg 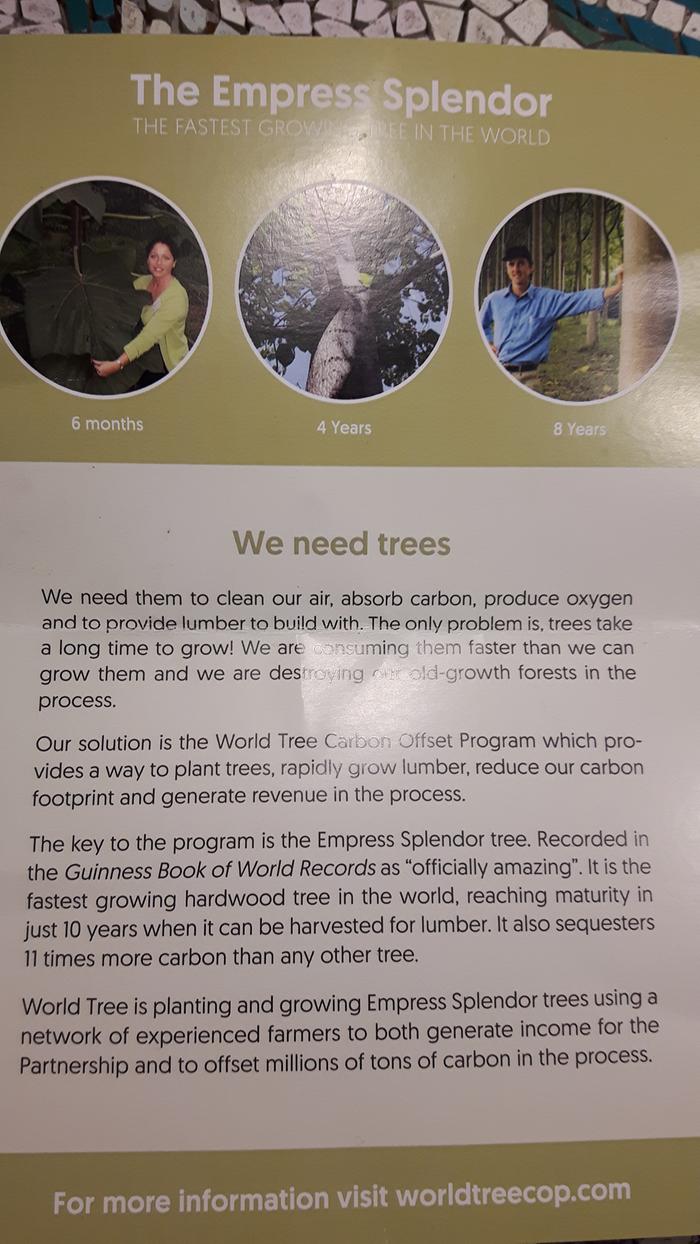 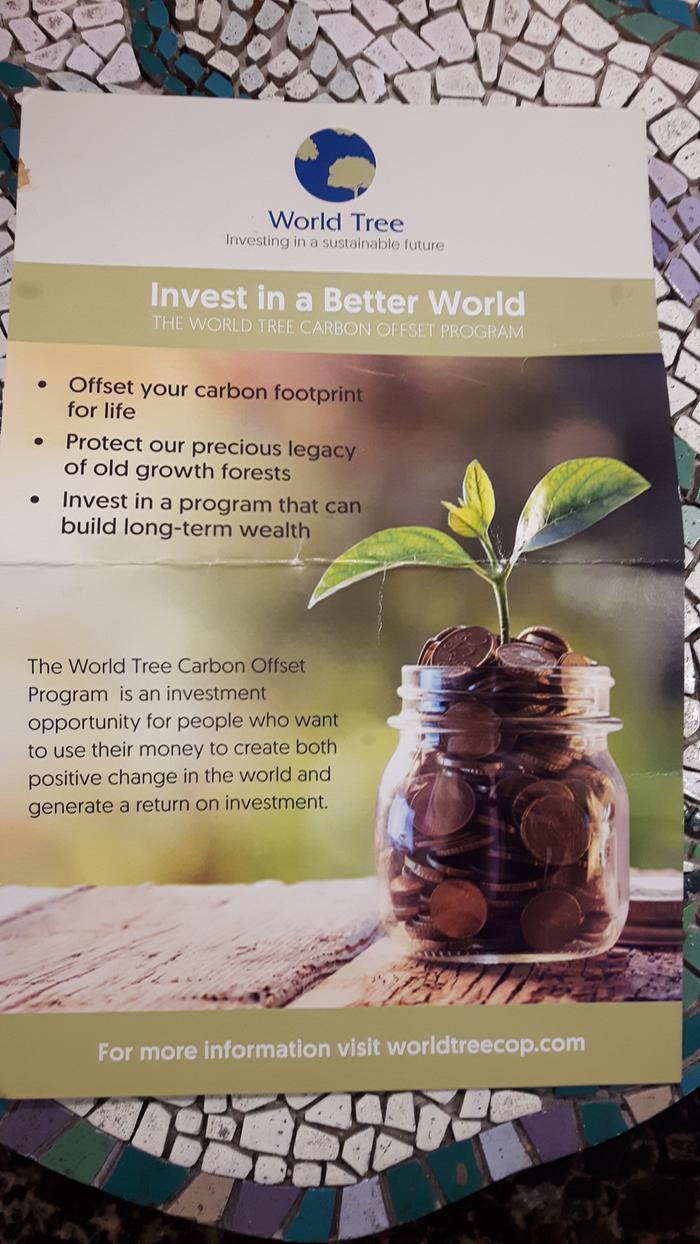 posted 3 years ago
I wished to grow some shortly after I moved here. They are a zone 6a tree I think, but. They really don't like altitude. I dug deep and finally found a topo map where someone plotted where they might grow in my state (6a to 8b zones, NW is 6a SE is 8b, barely). And they indicated anything over 2200 feet elevation wasn't going to work well. So no where near me.

The wood does make good boxes/chests; in the Far East they like it for that use.  It blooms beautifully and it grows fast. I might suggest you want to grow a few for your own self.
nancy sutton
pollinator
Posts: 881
Location: Federal Way, WA - Western Washington (Zone 8 - temperate maritime)
72
posted 3 years ago
Here's a thread on an Empress Tree cross with ? black locust... promising the moon
https://permies.com/t/7199/tree-amazing-whats-catch

I do have two paulownia's (because I forgot I'd ordered one already) planted ... er, 'stuck' into a steep slope, shady, sandy soil, not well watered ;)  .. i.e., not optimal.  But they're chugging along...for 2 yrs now, at 4.5' tall.   I expect that when they get themselves solidly rooted (in another year?)  they'll grow the promised ...6+ ft per year?  I'm near Seattle, WA.. and close to the Sound.  There are several large mature ornamental specimens in this vicinity.... lovely large clusters of lavender flowers, nice big leaves, etc.  I understand they also pollard/coppice and recover well... a good source for biochar carbon?  hugel wood?  chipped mulch material?  leafy biomass/livestock fodder?  Anyway, they are in a 'nothing else will do well here' edge : )   See Wiki for more good info.

Oh, and I think they propagate easily from root cuttings...and possibly stem cuttings?  This link is about P. elongata, but a process to produce zillions - http://www.hybridpoplars.com/propelo.htm

Harjit Gill
Posts: 1
posted 10 months ago
hello, i wish too wish to grow the empress splendor is there any difference in the empress splendor and the other variety of this tree? what grade of wood this tree has and where can i buy the top quality seeds.
nancy sutton
pollinator
Posts: 881
Location: Federal Way, WA - Western Washington (Zone 8 - temperate maritime)
72
posted 10 months ago
The two trees I have are paulownia tomentosa  (bought from Burnt Ridge Nursery) - they'll have lovely lavender flowers, etc.  I don't about the paulownia elongata that the link refers to... it seems to be the fastest growing?  And it looks like seeds for both are sold on Amazon... and probably else where online.