How we are solar powering our off grid trailer

Jeremy Galbraith
Posts: 15
Location: Canada
1
posted 4 years ago
We set up our trailer off grid a couple of months ago and set up a small solar system on the trailer. It works great.

Check it out here if you want

posted 4 years ago
I'm gonna give you a link.
http://forum.solar-electric.com/categories/solar-beginners-corner
I like that your doing videos but I would recommend a little research before doing anymore. watts, amps, ah's, mono, poly, inverter vs converter, you missed a good amount of basics. I dont mean to be a butt, but, solar is not and wont be stupid easy...lol I have been researching and playing with it on our property for 3 years and I feel like I am just scratching the surface.
700 watts pv on poles, 1200 ah forklift battery, 60 amp mppt, magnum 2k msw, 8k izuzu,
I'm on a budget as I too am retired Military, so I plan on adding 300 more watts to my system to get me up to 55 amps ish. I'm only getting 35 in face melting sun which forces us to supplement with the genny so as not to cause stratification. We're well under 2kwh a day. My goal is to float that bank on solar alone in under 6 hours of sun. Based on DOD of course.

Jeremy Galbraith
Posts: 15
Location: Canada
1
posted 4 years ago
Hey, thanks for the reply. I don't know if you checked out the video or not, but the "stupid easy solar" is in reference to the setup I put on my travel trailer and was in fact "stupid easy". It only had one 150w panel running through one 30A charge controller and then hooked up to the travel trailers battery. It was a very simple setup. I was not referring to every solar setup out there being "stupid easy".

Thanks for the link. I also had referenced a good link for beginners on one of the videos.

posted 4 years ago
My bad, good luck on your homestead bro! that solar link is bad ass. really smart folks on there!

Jeremy Galbraith
Posts: 15
Location: Canada
1
posted 4 years ago
Thanks! I found it to be a pretty switched on site too. No pun intended ;) 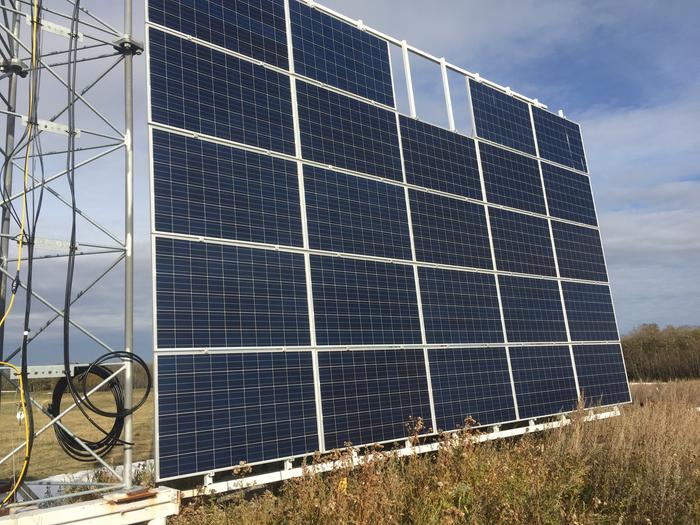 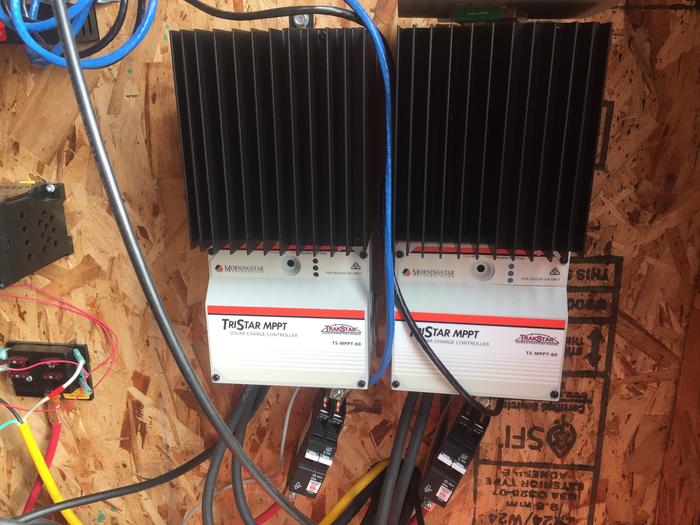 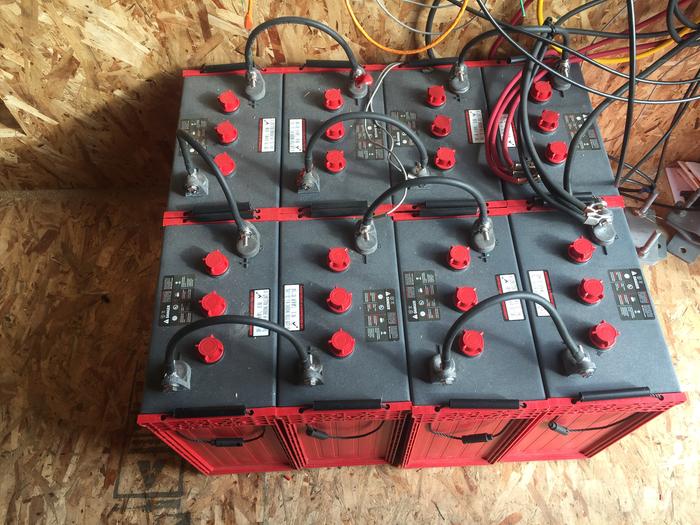 Cristo Balete
Posts: 902
Location: In the woods, West Coast USA
160
posted 4 years ago
Hopefully your batteries are not in the same building as your components, since they off-gas very corrosive gas and will ruin delicate electronics.

Thanks for sharing, does your site have more info on setting up a system etc?

frank li
Posts: 600
Location: Michigan
39
posted 4 years ago
Ron, yes, it can be done on a budget. I wouldnt try to shoehorn so badly that battery and distribution enclosures, conduit, cable trays, are omitted, though!

One thing about solar. Diy home brew to safely get by and commercial electrical are two opposite ends of the scale.

A telecom site is not the place to show people how cheap it can be done.

Goldrush ideology in solar installations has ruined the industry in the past, think solar air and water heater craze, where evey high pressure sales team fed jobs to unqualified persons to litter the field with lackluster systems and no support.

My two cents on the telecom install, although i have done much the same for non paying people with very low budgets. Those breakers are trouble if they are hanging by wire the terminals, as it appears in the photo. Din rail at a minimum is quite cheap and a quad breaker midnite baby box ($20!)or even a minidc enclosure ($180) is a godsend. Clean and safe. No worries about bumping stuff and critters munching the insulators and such.

The battery cable lug crimps are flat? Strange. Also, it is not a good tactic, to pile all those lugs together, better a battery bus, or other distribution. And... sorry, i never like critisism either, but it helps the craft.

ATO/automotive fusing is only good to 36v, so 24v nominal and is not code compliant.
i am aware that code may not be used in some installs, telecom, industrial utility electric systems and agricultural, but operating out of spec for equipment and materials is not safe and generally not reliable.

Battery main overcurrent protection, its important and appears to be missing, a commonality im afraid.
Charge control battery circuits fail shorted on... if a controller relay fails it will short battery positive and negative inside the control enclosure, only rated 60 amps or so. This means zorch equals fire, as curren at battery short can be spectacular amperages and will weld and could then catch that particle board on fire or ignite wire insulation as a fuel source to spread.

Point to point spaghetti wiring on the wall is not recommended either, it is not supported or protected.

We did 4g server installs for general dynamics at cell towers all over the state and, whoa talk about specifications! CYA with video, photos and from every angle, on every step from walking to the gate to a photo of a locked/secured perimeter behind...cad welded grounding networks, double crimps, printed labels on all conductors and terminal areas, enclosures, stainless steel wool and duct seal for openings in conduit and penetrations for pest protection, etc.

The project may be incomplete and just set up to get the power on, so dont take it harshly, as i know it is possibly the case.
frank li
Posts: 600
Location: Michigan
39
posted 4 years ago

Please dont take it badly, its not intended to be negative!