posted 2 years ago
I'm looking for a vegan nut roast or (meatless) loaf recipe. Our parameters are even crazier than normal vegan restrictions in that I'd also like it to be:
1. soy free (no tofu)
2. gluten free
3. lower in legumes (some legumes would be okay)

I've made a lentil-nut loaf from The New Laurel's Kitchen (albeit, that's an old cookbook now!) several times to fairly okay reviews with folks here at wheaton labs. Though now I'm looking for something better.

I'm looking at these three Jamie Oliver roasts, who, while not exactly known for vegan/vegetarian meals, does seem to put together flavors that I like. Though I'd have to substitute in some areas to make soy free or GF. Then there are the walnut balls that look interesting, too. 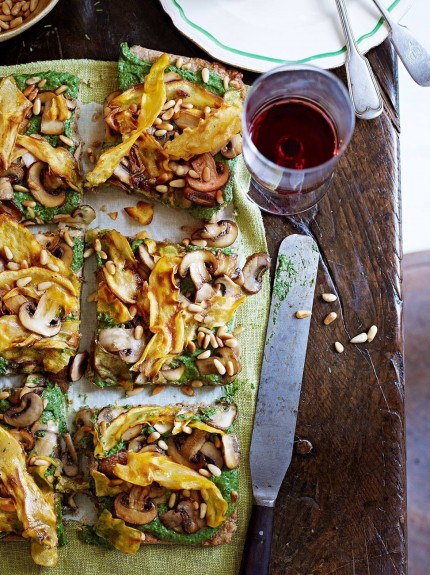 Which is more of a savory tart than a loaf shape, though it does sound good. 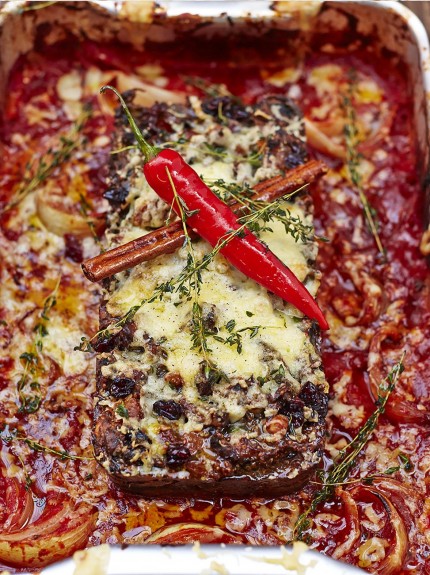 A vegetarian recipe that could be made vegan - lots of positive comments about doing this there. 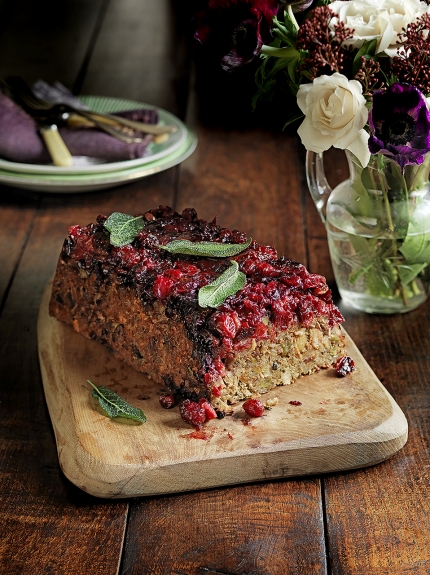 For this one, I'd want to sub maple syrup or date sugar for the brown sugar in the topping. I just can't seem to handle cane sugar.

Oh She Glows' Lentil Mushroom Walnut Balls with Cranberry-Pear Sauce
(Somehow, this one wouldn't let me copy the image address for the lovely photo of these.)

It's a first world problem of too many choices! Ha!

posted 2 years ago
I had one vote (offline!) for the lentil mushroom walnut balls though I'm leaning toward the "incredible nut roast" so far.

Usually, for vegans or vegetarians at Thanksgiving I make stuffed squash - made with rice, nut, mushrooms and other savory veg in the stuffing part.

What are others doing for a vegan Thanksgiving?

posted 2 years ago
Of the three Jamie Oliver ones you posted, I think the incredible nut roast looks the best, too.

A flax egg (I Tbsp ground flax and 3 Tbsp water, mixed and let to sit until goopy) works well as a substitute for bird eggs in vegan roasts.  I saw some comments on one of those recipes that without the eggs the roast was a bit crumbly, so I wouldn't want to omit the binder altogether, as the recipe suggests.

What will you use for the breadcrumbs to make it gluten free?

I have a lentil walnut loaf recipe my (not vegan or vegetarian) husband really likes, but it's heavier on the lentils and breadcrumbs than what you're looking for.

As far as other Thanskgiving recipes go...

Definitely not gluten free, but everyone (none of them vegan) who's eaten this apple chestnut stuffing has raved about it.  Instead of bacon I use a few dried shiitakes, rehydrated.  I also add a bit of liquid smoke and extra olive oil to the mix.  The soak water from the shiitakes helps make up the veg stock I use instead of chicken stock.  I use olive oil instead of butter.  When I haven't had chestnuts, I've used cooked chickpeas successfully.  I usually cut the recipe in a third when I make it.

The cheeze sauce from ohsheglows is really good I've recently discovered.  It could be a good way to jazz up some veg.  I often eat that on a big bowl of steamed cauliflower and/or broccoli.  My husband mixes a bit of salsa in and uses it as a tortilla chip dip or puts it straight up on rice.  I had to make it a few times and tweak it a bit for my taste.  The type of miso you use matters; I settled on this one as my favourite for this sauce.  The lightest and darkest types of miso don't work so well, I think.   I use a really funky, assy-tasting coconut vinegar instead of the lemon juice, and tahini for the butter.  Oh, and tapioca starch cause it gives it a little bit of a stretchy texture.

I haven't tried any of them yet, but there are a few walnut-miso sauce recipes floating around out there that sound really good for another veg jazzer.
Jocelyn Campbell
steward

posted 2 years ago
Well, we did end up making Jamie Oliver's "Incredible Nut Roast" and it was good. Maybe not incredible, but good. I might have rushed a couple parts, so I think it could be better if made by someone a bit more patient than me.

Jan, we subbed "flax eggs" as you called it, which helped some. I used brown rice in place of both the quinoa and the bread crumbs (for lots of reasons). I think that negatively affected the texture because the rice was chunkier than quinoa or bread crumbs would be. I keep organic instant mashed potato flakes on hand to use in place of bread crumbs (*not* for mashed potatoes - yuk!!) for my usual GF substitute, though we wanted to avoid potatoes this time.

The first pic is how the nut loaf looked. It's a lousy pic, though it only looked a little better than this.

Then, we wanted something different for the sweet potatoes, so we made this Stuffed Sweet Potatoes Recipe. Fred and Paul loved the lemony tumeric tahini sauce so that was definitely a keeper for these.

The sweet potatoes are the second pic. We were out of fresh avocados, but had some plain guacamole we tried instead, and I think the fresh avocados would have been markedly better in this dish.

posted 2 years ago
Besides a green salad, we made this, https://food52.com/recipes/32483-vegan-eggnog, which was very rich and delicious and made the meal feel more festive! I might have added a touch of tumeric for a more golden color.

This is similar but not the same as the original saveur veg terrine I tried many years ago (can't find it anymore - maybe they took it down). Just omit the dairy and this should fit the restrictions.
uehara shoyo
Posts: 8
Location: Morocco
2
posted 1 year ago
the nut roast looks very delicious
Sonja Draven
gardener

posted 1 year ago
I'm glad you were able to find a good recipe that worked for you last year, Jocelyn!

This is my favorite vegan site for healthy/gf food (although it might take some adaptation to fit the needs you outlined):

Last year for Thanksgiving I made her lentil-rice loaf, quinoa holiday dressing and spicy beans and greens.  I haven't decided what the menu will be for this year yet but will probably try at least one thing from her site as it's always reliable.  (I have family members who swear by her lasagna - even for meat-eating gluten eaters.)

posted 1 year ago
Thanks for the tip on a good vegan/gf site, Sonja! 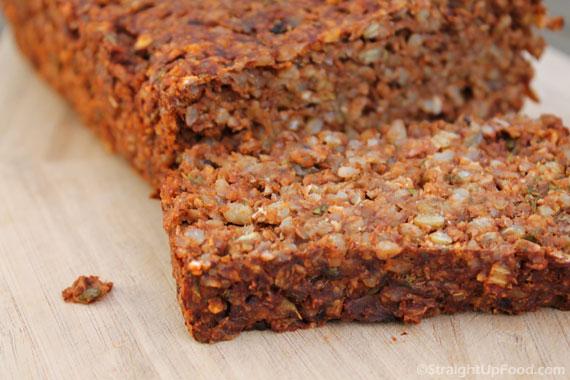 posted 1 year ago
Yes, that's the one!

Between this thread and the pie thread, I'm getting antsy for Thanksgiving.  :)

Here's a link to the favorite cherry pie (or other pie) recipe thread.

posted 1 year ago
I found a link with links to more loaves:

I think the sweet potato/seed one looks interesting.  And no legumes!

posted 1 year ago
I am the most despised type of vegan -- the Former Vegan (gasp!), although I have no regrets and nothing but respect for current vegans -- but I would be remiss to not share the Vegan Loaf Generator, which produces a recipe for whatever kind of loaf you might want to make. It allows for some pretty cool variations if you have specific preferences or limitations in terms of gluten, soy, etc.