posted 2 years ago
Would finely shredded aluminum cans contribute to R value? I was imagining something like this 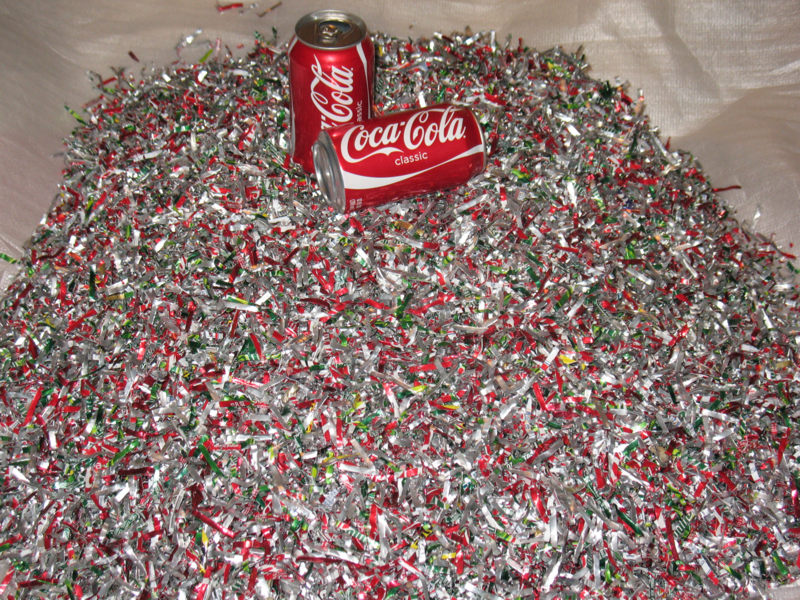 perhaps used as loose fill insulation in an attic or something. I am not sure how to achieve such a fine shred like this myself. Any ideas? even if pursuing this material as an insulation is a bust, I am sure that it could have another application in building. What do you think?
Bob Becker
Posts: 18
Location: Beulah, CO
1
posted 2 years ago
Unfortunately, I don't think you're going to have much luck with shredded aluminum as insulation.  Aluminum itself is a great conductor of electricity and heat.  I'm afraid you're going to lose all that heat through conduction.  Generally insulation material is manufactured from things that trap lots of air pockets and are insulators themselves like spun glass and paper.

Aluminum is certainly an exciting substance from a chemical reaction standpoint.  You could probably think of something there: thermite fire starters for wet logs, etc.
Aaron Tusmith
pollinator
Posts: 164
Location: Western Idaho
52
I like...

posted 2 years ago
Yeah you are right, aluminum conducts quite well, bit of a long shot I know. I am trying to make best use out of abundant waste streams, as well as developing an insulation material that is A. not harmful to humans, and B. not susceptible to mold or rot. As well as being affordable and achievable.
Angelika Maier
pollinator
Posts: 1401
Location: cool climate, Blue Mountains, Australia
20
posted 2 years ago
Aluminium conducts heat and is the opposite of an insulator! Even shredded, for insulating you take a material which is already an insulator like paper and fluff it up.

posted 2 years ago
Aluminum is one of the more valuable and recyclable items in the waste stream. So much so that it's not even really waste if it has been segregated out of other waste. Whereas most types of "recyclable" plastic are not easy to recycle into anything worth the trouble of segregating and transporting them, so if you could recycle some plastic into insulation, that would be doing a more helpful job on the waste stream, and plastic is a much better insulater of heat than aluminum is.

The problem with plastic, though, is that it is flammable and in the event of a fire, the fumes may make the fire that much more dangerous. I don't know if the smoke would make people unconscious and unable to escape, or do immediate damage to their lungs, but it surely would be a long term damage, so we have not used plastic waste insulation in any of our living or working spaces. We used waste plastic as insulation only in two places: in the north wall of building, sandwiched in a 6-inch gap between a structural 2-foot thick rammed earth wall and a 6-inch thick jacket wall. I think it helped insulate the thermal mass of the thick inner wall, but then there was a flash flood event and the jacket wall got soaked so we removed it. The other place we used it is in the ceiling of our water tank room, where nobody will ever sleep and be caught unawares in the unlikely event of a fire in there. We didn't run any wires in the ceiling under the insulation.

posted 2 years ago
I'm imagining it would be best to clean and process the plastic into shreds or something before installing? Thanks for your input, I am trying to find the best waste insulation ideas that wont rot or mold.