posted 4 years ago
My son LOVES his rubber boots. We searched high and lo for a natural option for rubber boots, and found

His boots are made of natural rubber outside, with a cotton interior, and the sole is really flexible. I like minimulist shoes that mimic barefoot walking. These only cost $14.99 and the sole is really bendy and not too think, so hopefully my son's feet are allowed to feel the ground and are strengthed as he walks.

Anyway, he's had these boots for just under 6 months, and each boot has developed a crack in the rubber, which of course lets in water. The cotton lining is thankfully still intact.

David Livingston
pollinator
Posts: 4328
Location: Anjou ,France
249
posted 4 years ago
I have seen folks using a magnifying glass and the heat of the sun to melt the rubber to sceal holes not sure if it would work on these cracks though .

s. lowe
pollinator
Posts: 866
201
posted 4 years ago
I am nearing the same issue with our two year old son. He hasn't raged any shoes enough yet to wear them out but I suspect this will be the year. I wonder about some kind of caulk maybe? I am really not sure but its been on my mind and that is the furthest I've gotten. I'd love to hear others thoughts/ your solution.
Glenn Herbert
Rocket Scientist

Posts: 3911
Location: Upstate NY, zone 5
367
5
posted 4 years ago
I have found that E-6000, an industrial strength rubber cement that can be found in craft stores, works well for this. I have extended the life of shoes and boots by a year or two each time. It will not last forever, but can be reapplied. The areas where you would be using it are the highest stress points anyway, so nothing is going to last forever.
John Donovan jr
Posts: 9
1
posted 4 years ago
Your best bet would be a old fashion bicycle tire patch.  It should be super cheap and effective.  I have used bike tire patches on my waders for years.
Peter VanDerWal
pollinator
Posts: 596
Location: Southern Arizona. Zone 8b
75
I like... 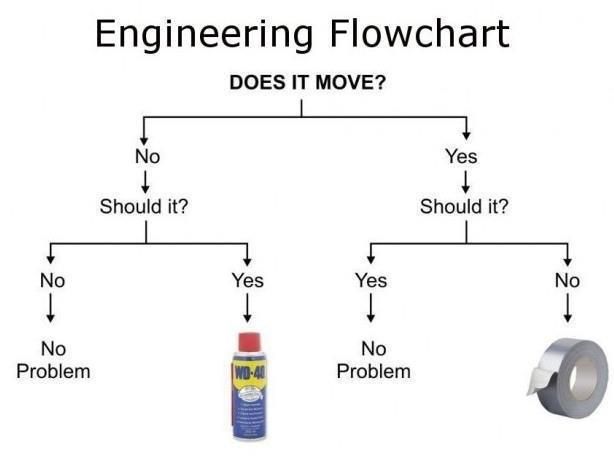 posted 2 years ago
I have a pair of beloved rubber boots that were excellent. Insulated, comfy, protective against the Atlantic winters. Pretty decent soles. Held up to an incredible amount of wear/walking, up to 7 days a week.

However, over the last couple years with minimal usage (lost farm in separation), the area between rubber boot and sole has separated minimally in several places, allowing lots of muddy water in. The sole is flexible, and appears to be made of another type of rubberised material.

Silicone for gasket making: worked on the cuts on the actual rubber boot itself, but separated on the join between sole and boot in similarly short order.


How to fix? Absolutely refuse to throw these things away due to a few small (irritating) holes.
thomas rubino
rocket scientist

posted 2 years ago
Hi Lito;
There is a product sold called Tuff Toe. I purchased it at the North 40 farm store.
I used it for toe repair. It worked extremely well.
I still have the box and it claims it is for seams and soles as well.
After 2 years or so it is finally starting to fail.

Here is a link to their site )    https://tufftoe.com/pages/demo-application-video

posted 2 years ago
There is also a product called "Shoe Goop" that's widely sold; I have had good luck with it.  It's a flexible clear glue that seems more able to stick to diverse materials than other products.

Lito George wrote:I have a pair of beloved rubber boots that were excellent. Insulated, comfy, protective against the Atlantic winters. Pretty decent soles. Held up to an incredible amount of wear/walking, up to 7 days a week.

However, over the last couple years with minimal usage (lost farm in separation), the area between rubber boot and sole has separated minimally in several places, allowing lots of muddy water in. The sole is flexible, and appears to be made of another type of rubberised material.

I'm just curious what brand of boot they are that they lasted years.  I worked on a conventional farm as a youth for 11 summers, and I wore out at least one pair of rubber boots every summer, sometimes multiple pairs.  Now, as an adult trying to hobby farm on the side, I've been tracking boot longevity.  The cheap ones ($30 range) last less than a year.   Last winter I bought a pair of "Muck" brand boots for significantly more (I think $150 range) and they sprung a leak in the right foot, where the sole meets the rest of the boot.  I've tried patching the cheap ones with tire patch, various glues, etc, and nothing worked on them.  Didn't even try that with this nice pair, especially since I can't even see the hole (it's there - I have multiple pairs of mud stained socks to prove it).  Right now I'm limping it along with one of those rubber slip-ons that go over a boot/shoe to make it act like a rubber boot.  My brother gave me a pair of the things when he quit working a job that repaired muddy basements.  I managed to destroy one trying to stretch it over a boot too large (stupid me).  I put the remaining one on the leaky Muck boot, and it works like a charm.  No leak.  Only issue is that I only had a LEFT foot cover... put it on a RIGHT boot.   Make me look like I have 2 left feet (from the outside).  I've priced these rubber covers out at TSC... they are just as expensive as a pair of Muck boots, last I checked, so when I ruin this cover, I don't know that I will buy another pair... but I had it and it works to do the job.
I also wear my boots 7 days a week, for a couple of hours a day.  I won't buy "winter" boots, I just put insulated socks on inside of rubber boots.  Great for just about every job around the farm, except jobs that one might need more foot protection, or better traction, or a lighter weight shoe.  Which sounds like a lot of exceptions... but good rubber boots really are indispensable.

Education: "the ardent search for truth and its unselfish transmission to youth and to all those learning to think rigorously, so as to act rightly and to serve humanity better." - John Paul II

posted 2 years ago
Thanks All.

I did some research and learned about "Aquaseal". Gets rave reviews which is rare for a shoe repair adhesive.

So did ShoeGoo (up here in Canada), and its amazing how this stuff is available in price - from 10 all the way to 30 for the same volume/product.

The Tufftoe would like cost more than a new pair of boots, which is hard to swallow at this point. I would probably try the above two products first, though at some point its more about refusal to throw away a product that is 99% usable still than $.


Lastly, you asked a good question about what brand I have. I looked at the sole, and the markings there are worn off (in the arch of the sole), Nothing inside. But the smart people of "Kamik" boots here in Canuckistan moulded their logo and brand near the top of the boot for longevity sakes. Forest/Olive green with a draw string on top with a heavy duty fabric style gator that I've never really used despite having walked in thigh high (plus) snow drifts. Insulated with removable inners that wear out and seem to be self repairable with embroidery floss, fabric and some ingenuity. Replacements are available but I am still on my first pair despite having worn out holes in the heel area on both feet in two places at least. Still super comfortable to wear despite wearing them for long walks in temperatures around 10degC. Above 25degC they get uncomfortably hot, but thats to be expected.

posted 2 years ago
I had some boots I tried patching. mine were men's Woods brand from Canadian Tire. They developed a crack on the back of the ankle where they bend when you walk. They were less than three years old and used pretty heavily. I buy my rubber boots big so I can wear thick socks and wear them all winter, too.

I tried various patch kits for tires and other products. I tried many types of adhesives suitable for rubbery type materials. Most wouldn't stick in the slightest, even after abrading the surface. I seem to remember shoo goo stuck, but wasn't strong enough for the amount of bending that happened at that spot. It didn't stick all that well either, cause I was able to peel it off after the crack reopened. I don't remember what I ended up using, but I got a patch to stick over the cracked area for a little while. Two or three months at the most.

I cut the tops off the boots to turn them into clogs, and I love them. Used them all summer.

I'm trying out Canadian tires cheapo basic men's rubber boots with the drawstring at the top this winter. Used them through the fall for working around the property, too.  We'll see what kind of lifespan they have.
M. Phelps
Posts: 283
31
posted 2 years ago
when i repair my wetsuit and neoprene mitts and boots i would first sew the seam with dental floss
makes a huge difference in the longevity of the repair
helps the sealant to not be stretched beyond its capability
Tereza Okava
gardener

posted 2 years ago
Shoe goo is fabulous, but if you buy it from a runner supply store you will pay $$$$$$$$. Shop around if you can.
There is something called cobbler's glue that works too (i used to use the shoe goo to build up the worn areas on my running shoes when I was doing big mileage and didn't have the cash to replace shoes... it is thick and can "stack", the cobblers glue is more liquid and is more for putting a sole back on.
Nicole, how did you do with the boots?
That sort of break in your pic from last year, the first thing I thought was rubber cement. It's hard to find nowadays, every time I see a tin I buy it, but it can be great for weird repairs like these!
Lito George
Posts: 81
Location: VI, BC
18
I like...

Fred Tyler wrote:Lito George,
I have merged your topic into this topic. I hope that helps.


Because I didnt want to buy more glues at the moment, I looked into my stash and thought to try, "Liquid Tape".

This is the black electrical goo that one places on electrical connections to seal out water and it has to remain somewhat flexible. It also adheres to multiple surfaces. Its meant as an alternative to electricians tape (traditionally black, but multiple colours available) and I always use heat shrink/tape on top of the soldered connection when using the special liquid electrical tape).

Bone dry inside from the repairs I made, and I still cant believe it.

Cobblers Glue: I like that idea too. Thanks! (We should buy one tube and share it amongst ourselves to get the greatest bang for the buck)

M. Phelps
Posts: 283
31
posted 2 years ago
also when sewing with dental floss you may want to colour the floss so it doesnt look so frankenstien
i used a black permanent marker to match the wetsuit