posted 2 years ago
Cooking is one of my specialties.  I am naturally adept in the kitchen.  I considered myself an expert on sauce preparation, but like all things ..... you only know what you know.  You never know what you don't know, until you realize that you don't know it.  That is just one way of saying that I found out that I had ZERO clue of how to prepare the best sauce.

This last winter, I was lucky enough to spend the entire ski season at Lake Tahoe Heavenly.  The skiing was great, but their public access television shows are what provided more value than anything.  Let me say that this is not a new spin on how to make the five mother sauces, or any other traditional French sauce.  No, this is a completely new technique, which I believe is revolutionary for the kitchen.  I also feel that it has significant ramifications for people who want to use food as medicine.  Let me explain.

The chef that was featured on this television show was a French rockstar.  He literally has written the book on French sauces.  I forget his name, and what his book was called .... all the more reason for me to pick up my habit of keeping a notebook handy at all times.  The way that he prepares all of his sauces goes against all of my training, all of my preconceptions, and everything that I've ever thought that I knew about sauces.  He prepares the sauces with his new method, because they taste better, provide different flavor notes, and have a higher longevity of flavor when eating.  It's how the sauces are prepared that I believe is the reason that it's applicable to "Food as Medicine".  The podcast about the Food Cure documentary is what has revitalized my interest in this sauce method. 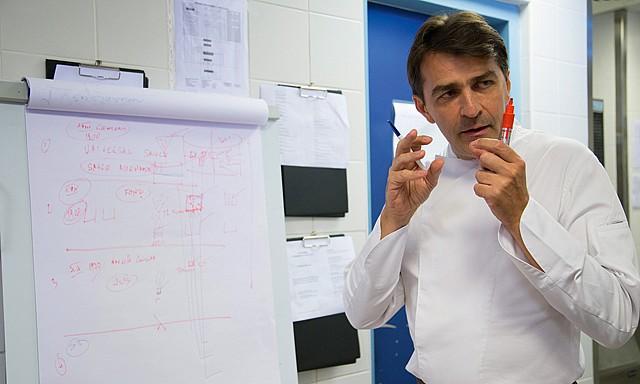 This Fabulous French sauce method is not a quick and easy method, although it is quite simple.  You do not go down this path to save time, but it is to save the essence of the food in the sauce.  After all, the best cooking methods are about taking that additional step or two, and creating something that you can be truly proud of.  There are two main parts of this sauce making scheme.  The first is infusing the food in water, and the second is reducing the water to create a flavor rich sauce.

Traditionally, food is infused in water through boiling.  This is the quickest and easiest method to create sauces.  Chop the food up, toss it in a saucepan, and bring it to a light boil for some time.  There's nothing wrong with using this method, but I would like to propose that there is a better way.  This French chef never boils any of his sauces.  He has them on barely any heat, for a nice long period of time.  This makes total sense to me, because many of the medicinal properties are volatile, and get destroyed upon heavy heating ..... so, you don't get them with normal sauces.

After a very low and slow simmering, he is left with a very high water content sauce.  The flavor isn't condensed, and the sauce is too watery.  Many chefs simply turn the heat on again until the water is evaporated and the sauce is thickened.  Again, the harsh temperatures will damage the sauce and the medicines that you are attempting to deliver through your food.  To thicken the sauce, this French chef takes to a freeze method.  He completely freezes the sauce, and then thaws out the sauce.  The first part of the sauce that will thaw will be water .... and this water can be poured off the sauce.  The sauce then gets frozen, and thawed again, with the first thaw again being water that gets separated from the sauce.  It is through several freeze and thaw phases that he makes a thick and flavorful sauce. 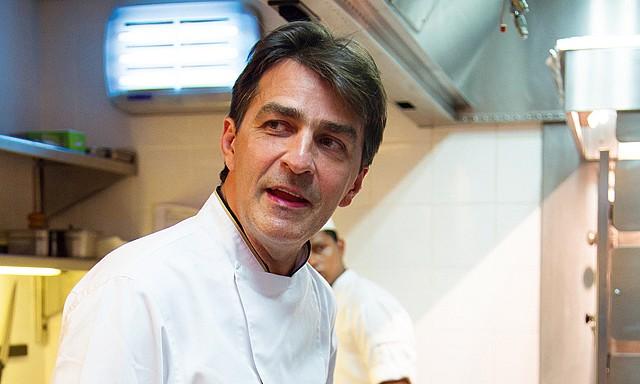 One might even think of saving the water that gets decanted from the sauce, and using that as additions to other recipes.  This water "might" have a bit of nutrients in it, but the majority of the powerhouse nutrients are compacted within the sauce that you've taken the time to prepare.  Obviously, this isn't the easiest off-grid preparation, because most do not have the ability to freeze sauces as they wish.  I just know that when I want to really increase the nutrients in my meals, that I will take the extra time and create my sauces with this method.

I will be looking for this chef's name, for his book, and for some more information on this method.  This is just all that I can remember at this time.  I hope that it helps you, and gives you a new method of creating sauces for your family.  Plus, they say that the sauces made in this method taste better than any other sauce ever!  I personally have not had the chance to test it out.  If you get the opportunity, please let me know what type of sauce that you made, how easy it was to go through the freeze and thaw cycles, how many cycles you did, and how well the sauce tasted!  I can imagine that having all of those additional nutrients would taste so good, and that your body would respond positively to it.

ETA:  So, this chef's name is Yannick Aleno, and here is a short article describing his method.  http://www.timeoutdubai.com/restaurants/features/58200-yannick-aleno-talks-sauce  Also, here is a link to his book on amazon, with the kindle edition just being 9.99 https://www.amazon.com/Sauces-r%C3%A9flexions-cuisinier-Collection-Cuisine-ebook/dp/B00WB118X4  Also, here is a quote from the article (that is much less detailed than the show that I saw on public access) "Since the process retains all the vegetable’s natural minerals, even salt is not needed. This, Yannick says, could be a key development in healthier cooking too."

Nope, not tasting wine ... but getting the essence of the components of the sauce 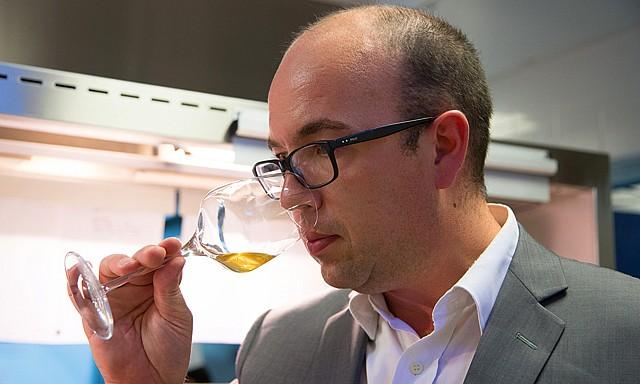 Here is some information, to keep up with Chef Yannick

posted 2 years ago
William, thank you for posting this thread.  I keep coming back to it trying to understand his concept based on knowledge of how to make sauce.

So I feel that I have finally figured it out.  I am having difficulty reading the article due to vision issues.

When I used the word "stock" instead of "liquid", this makes a lot of sense.

1) Steep the food in warmish water.
Chef uses sou vet bag, where they put the food in a plastic bag, and put it in a water bath that gradually goes up to 84 degrees
2) Let sauce mixture cool
3) put sauce in freezer
4) Let sauce thaw, pouring off the first bit that thaws
5) repeat 3 and 4 until thickness and consistency desired is attained