Patrina McBride
Posts: 1
posted 2 years ago
Hello,
Long time homesteader, made kraut before but first time fermenting pickles.  It's one week in, followed a homesteaders recipe to the letter, grape leaves, but we tried one and it's very salty and not very dilly/spicy/garlicky at all.  Nice and crisp though.  Does the saltiness lessen as time goes on, will the get dillier? They aren't very sour yet, so I'm leaving them for 2 more weeks.  These were the larger cukes from my garden.
Thanks
20180823_102447.jpg 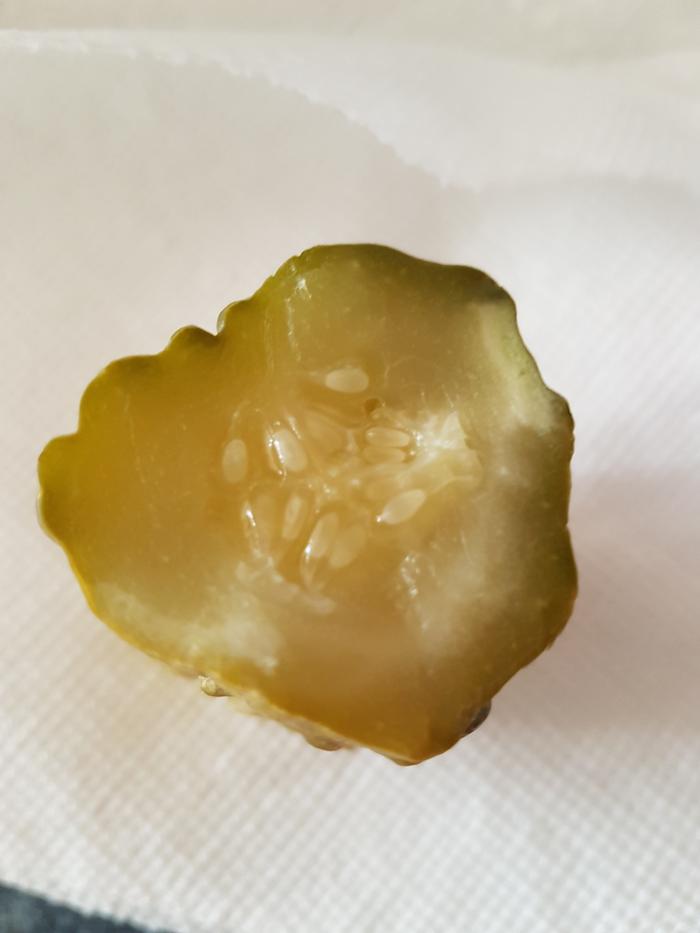 Ed Belote
Posts: 102
24
posted 2 years ago
I have found you get more "dilliness" from dill seed rather than using the sprigs.  If you are using the seed already,  then use more.  The salty won't go away, but you can pour off some of the brine and add water so the salt will leach out a bit and the pickle will not be as salty.  Of course you will lose some of the other flavors as well.
Joylynn Hardesty
master pollinator
Posts: 3455
Location: Officially Zone 7b, according to personal obsevations I live in 7a, SW Tennessee
1323
3
I like...

posted 2 years ago
I haven't tried pickles yet, but in my sourkraut adventures, I've had some too salty results. In my case, with shredded vegies, a light rinsing solved the issue. But it looks like you have whole pickles there, so Ed's suggestion looks like a good solution.

Mabe you could post the recipe you started with, or a link, and more experieced members could help you tweek it to your liking.

William Mulcher
Posts: 7
Location: NW Arkansas Ozarks
2
posted 2 years ago
I actually have a batch of kosher dills going right now as well, about a week and a half in.  Tasting it a few days ago, mine was also a bit salty and half-sour.  It has been my experience that the saltiness does diminish as the sourness grows, or at least isn't as noticeable.  However, I would accept that it might be a little saltier than store-bought pickles.  I would definitely suggest keeping it going for another week or two.

Unless it was much too salty, I would not dilute it as Ed suggested.  It has been my experience that when doing that (with sauerkraut), it promoted scum and mold on the top.  That isn't a real problem, since you can safely skim it off, but it is a pain, and a little gross.

When making sauerkraut, I even got in the habit of pouring a glug or two or vinegar in after the brine gets going.  I found it made the surface need much less skimming.  I didn't do that for these cucumber pickles, and they need skimming every couple of days (white film, little spots of mold on top, nothing abnormal).  If you do dilute it as Ed suggested, I would add some vinegar as well, not too much, but some.