Would this work as a natural septic?

Posts: 4
posted 10 years ago
Hello everyone.  I'm new here and was just viewing some of the forums' brainstorming on alternatives to septics. Something that Paul S mentioned about it not being a good idea to use ash in a garden got me thinking somehow about how trees would process human waste.
My idea basically centers on what Paul S pointed out. That plants will ingest our waste toxins. So the question became how do we get our waste toxins into the plants before they get into to ground?

Please excuse any ignorance of this subject I might have...I am only bring this up to get feedback and other ideas.

So I thought, what if we fill a box with soil and took a few saplings and enclosed them in the box, the box being enclosed at the top so the trees trunks can stick out of the box (so their leaves can get sunlight) but no smells can escape the box from the top. And suppose we build a platform higher than the box where (maybe 10 feet above the box) where we put an outhouse with a chute connected to it that goes directly into this box that the trees are enclosed in so that, after someone uses the outhouse, gravity take the waste down directly in to the box? Now this chute would go all the way into the box full of soil in such a way that it wouldn't get backed up because the older waste would be processed and broken down. And suppose at the top of this chute, on the outside of the outhouse (or maybe the inside?) there was a small water tank with a valve...And this water tank would be filled up after every use. This would provide a barrier at all times to any smells trying to make their way back up the chute (much like a regular toilet). After someone used the outhouse, the waste would fall into this water filled holding tank, they would shut the toilet seat and then pull a lever that would allow the waste and water to fall into the soil tank at the bottom. Then they would refill the water tank before leaving for the next person. The waste and water that went down the chute would be processed and feed the trees who, since they are in a box enclosed at the top could only get their water from what we put into it.

Obviously, not all of the waste would be processed immediately by the trees so the actual septic tank would be a circular step pyramid with levels of filtration. The top box would have small holes to let the excess waste water filter and be processed by either an open bed of flowers or another enclosed box of saplings (depending if the smells have dissipated by the 2nd level). To further assist break down, a third filtration level would be added.

Here is a crude diagram I did really fast (Obviously, it can be improved upon): 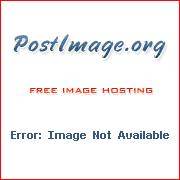 Obviously, this is a very crude proposal so I do have some questions:

1.) Would the tress be able to actually process all the waste and maybe not necessitate filter holes at the bottom of the top tank (and, therefore, rule out the need for a 2nd and 3rd level?). I'm guessing the trees would require that relief to be able to "breathe"through the soil but I'm not sure.

2.) Is there any basic knowledge I'm missing that says this won't work?

1.) Waste doesn't have to be moved or carted away by humans


2.) It would be relatively inexpensive and easy to construct by oneself.

3.) The waste never goes into the ground, it's a completely self contained system. (The bottom or last level would have no filters because, the idea is, by then, the waste products would be sufficiently broken down and used by the plants by then. If not, you can simply add more levels or make the ones you construct larger.


Note: You would of course not eat anything produced by the plants and trees used in the septic.
A con I can think of is that, because the top box with the saplings was enclosed, eventually their roots would outgrow the box that trees would have to be replaced. But how many years would that take?

Anyway, looking forward to your input. Thanks for looking. Peace.

posted 10 years ago
Farful - hope you don't mind, but I just edited your post to make the image show.  You'd used the website address instead of the image location.

posted 10 years ago
The trees will rapidly outgrow the box.  I think it might be too complicated.  You might consider a worm box septic system as much simpler.

H Ludi Tyler wrote:
The trees will rapidly outgrow the box.  I think it might be too complicated.  You might consider a worm box septic system as much simpler.

It seems simpler to empty a bucket (or even build a system where you can go right into the compost) than have to force the tree roots out of a box.

Thanks for posting the idea. All ideas may give rise to another idea that might be that "AHHA" moment..

(You got us thinking INSIDE the box :/)

H Ludi Tyler wrote:
The trees will rapidly outgrow the box.  I think it might be too complicated.  You might consider a worm box septic system as much simpler.

Thanks for both your responses.

A worm box where everything goes directly into the box without having to be manually moved there sounds very intriguing. But I did a quick search online to discover what exactly was a worm box and it said on one forum that worms could run into trouble in situations with too much water (not that you have to use the water).

What if instead of saplings we used smaller bushes we knew would not over grow the box in maturity and instead of cover over the top of the box we use a tightly compacted and heavy layer of small stones?

Either way, the trouble with either one our ideas is that, sadly, in most places, the only legal way to handle waste is a septic. Do towns sometimes make exceptions if the alternative septic solutions are very clever?
Posts: 508
3
posted 10 years ago
You might want to check out Solviva  there is a book but this link will give you the essence of the part that deals with septic issues ;
http://www.solviva.com/wastewater_book.htm
Thekla McDaniels
gardener

Posts: 2043
Location: Grand Valley of Colorado's Western Slope
195
3
posted 10 years ago
Just a quick anecdote before I run off to my yoga class.  I have a house that was begun in 1933 and added onto several times, a conventionally built stick house.  I got it in 1987.  It appeared the leach field was failing in about 1990.  In  came the contractors, only to find that there was no leach field.  The septic was an old metal thing mostly rusted out.  The outflow went to what appeared to be a pit, not even 6 feet across, that had had some boulders pushed in.  There were a couple of elm trees with roots into the pit, that had grown up lush and tall.  In the summer this system worked wonderfully, unless I ran too much water...... diaper  washing and canning.... then it had trouble recovering.

I don't know if anything like this would work for you.  This is in a warm arid climate and I have fairly porous soil... which I think are important factors.  This system did not fail in the winter, just in  the summer as noted above.  It had been functioning from some time in the pre WWII era to the early 90s.  I could have lived with it, but I had young dirt eating children, and did not like the idea of the sewage on top of the ground.

Posts: 13
posted 10 years ago
what about a biogas digester?

I've read Solviva, and appreciated the info on septic and sewage, but I think anywhere there is a code, and inspectors to check things, most everything non conventional is verboten.  Solviva talks about this too.  The book is expensive, but our library has a copy I check out over and over again.  In fact, I have it now.

Nicholas Covey
Posts: 180
Location: Missouri/Iowa border
2
posted 10 years ago
A couple years back my wife served on the city council of a tiny town in IA that we lived in. There were issues with sewer there as many of the houses in the tiny town had open sewers that ran through a cow pasture into a riparian area. Now don't get me wrong, in many cases this is ok with me because the nutrients are spread across open grass which soaks up the minerals and in turn creates a pretty lush growth. The vegetation clearly wasn't hurting because of it. Where this goes wrong is in human access, like a kid playing in that particular field wouldn't be particularly sanitary and the cattle grazing too close to the outlet pipes etc.

At any rate, no matter what it was called it amounts to this: A shallow hole in the ground lined with pond liner and filled with river rock (non-limestone gravel). Cattails and other high moisture heavy nitrogen users planted to soak up the excess nutrients. Effluent never touches the atmosphere and don't wash away in the first rainstorm.

I think the worm box (add wood chips so the worms don't drown) cited in the Solviva book along with the "dry lagoon" idea may work. Now we have no rural regulations here so this may not work in most places.
Thekla McDaniels
gardener

Posts: 2043
Location: Grand Valley of Colorado's Western Slope
195
3
posted 10 years ago
And, in addition to the cattails, Solviva lists plenty of plants that can grow on her partially filtered effluent.  Mostly I remember cosmos, a beautiful plant.

I learned from Solviva, I don't remember the author's name,  pointed out the difference between keeping the nitrogenous human wastes OUT of the aquifers by keeping them near the surface, and letting plants turn it all into biomass.  If the nitrogenous wastes and minerals and all are utilized before they reach lakes, this slows the eutrophication of lakes.

Biomass is sequestered carbon.  YAY!  Then the biomass gets incorporated into the soil as it slowly breaks down.  It enriches the soil, and it removes green house gasses from the air.

Nicholas Covey
Posts: 180
Location: Missouri/Iowa border
2
posted 10 years ago
Well with the cattails, I can tell you that they sequester tons of carbon when they grow off of effluent. My thought it that if they were in a dry lagoon setup they could be cut and composted and return nutrients into the system without actually coming into contact with the actual wastewater.

From the Permaculture perspective waste is defined as an underutilized resource or a surplus. We need to utilize these resources or surpluses and cycle them back into our local systems instead of burying them so deep into the ground that they leach into nearby aquifers.
Lew Woodward
Posts: 6
Location: Maryland
posted 10 years ago

misterinnovation wrote:
what about a biogas digester?