So you've always wanted to be a stripper. Stripping recycled wire

Dale Hodgins
Posts: 9002
Location: Victoria British Columbia-Canada
670
posted 2 years ago
I have tried a dozen different ways of doing this. If I had vast quantities of all one size, I'm sure that drawing it through some sort of die with a little blade sticking down, would be the way. But I get wire sporadically and in a variety of sizes. I don't bother stripping the thin regular household wire. I only strip down stuff where I can make $50 an hour for my efforts, because the material is worth more as number 1 Copper. I generally try to sell the wire for reuse , before deciding to recycle.

I have used a very sharp knife and drawn it along the wire, but it's just about impossible to run a straight line as it touches the twisted material beneath the insulation. It's very hard on the wrist and easy to have the knife slip and get cut by it.

I've found two machines really effective at this.  One is my cordless Milwaukee circular saw. It is only useful for very heavy gauge wire, because it's impossible to make small stuff hold still. When the stuff is heavy enough to remain in place with its own weight, this tool is highly effective. I run it till it just barely touches the copper. It's important to wear goggles because there are little bits of copper flying around.

On lighter gauge stuff, say the diameter of my index finger, I have found that my cordless Milwaukee grinder, with a thin, cut off blade, works amazingly well. It's the much safer option. I suppose both operations could be done with a corded model, but I don't piss my time away like that anymore. With cordless you're not constantly monkeying with the cord, and you're not likely to cut it.

Doing this with a circular saw is an exacting operation. I'm sure that I could do it 10000 times without injuring myself, but I have known many people that I would never allow to touch the saw.

Using the grinder is by far the safest option, especially if you're going with a corded tool. A wrong move here would probably just fling your cord out of the way, instead of chopping it in half. If you hit a finger with this, you're likely to get a little cut, but it won't tear your finger off. That's important to some people.
20181004_131406.jpg 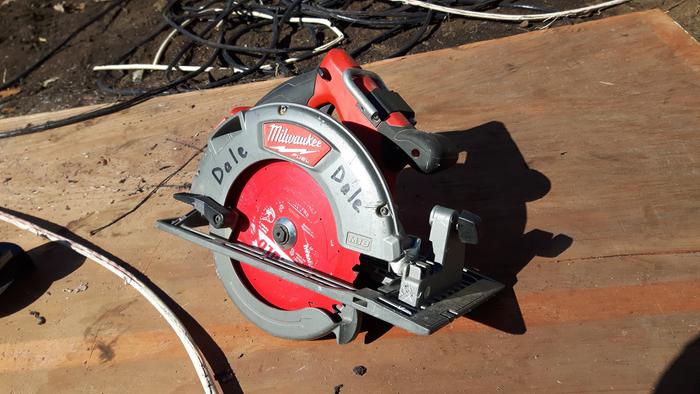 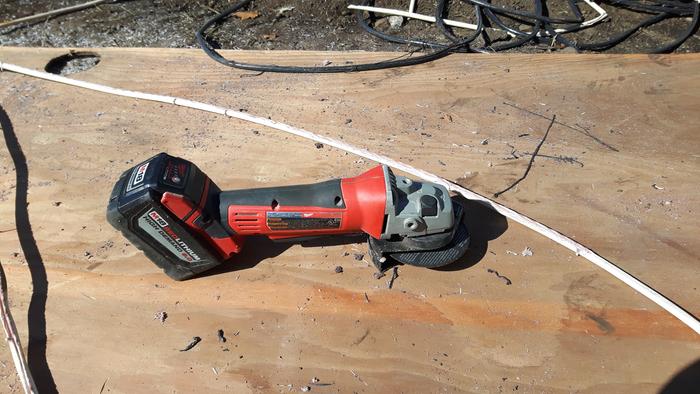 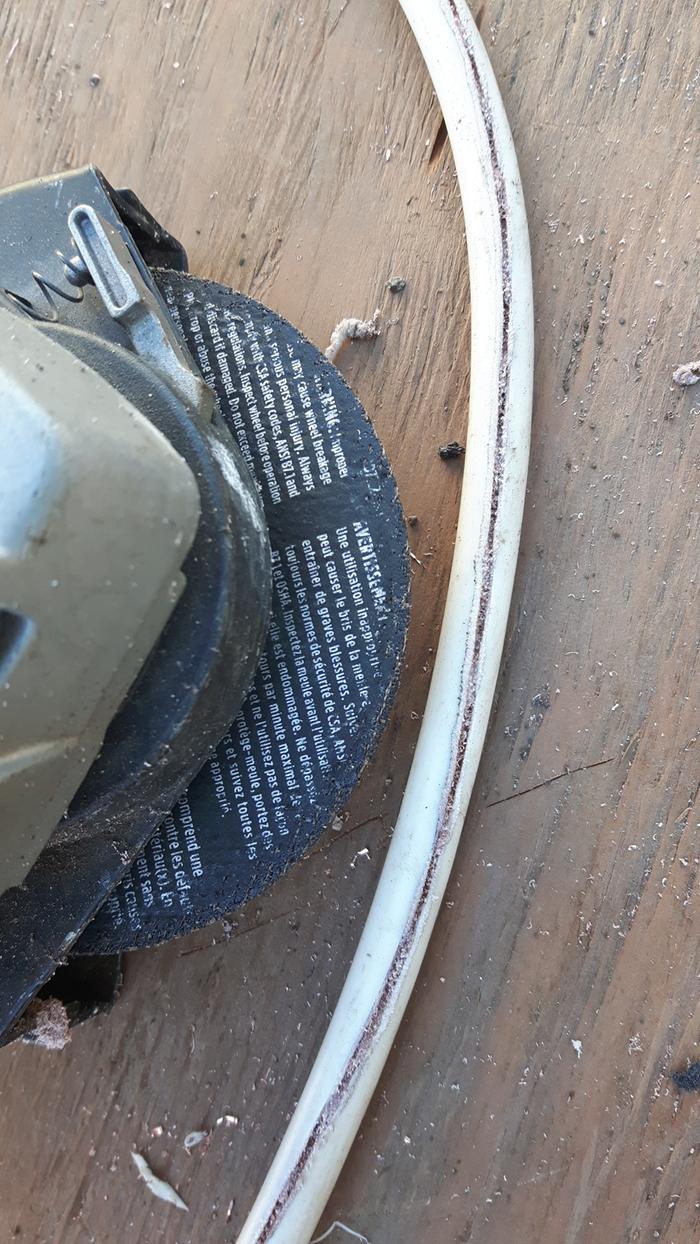 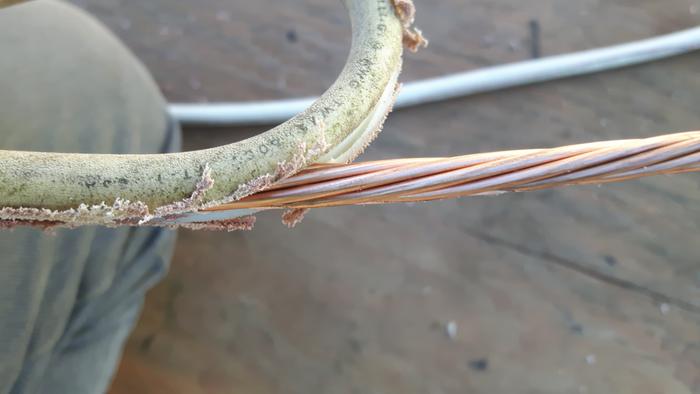 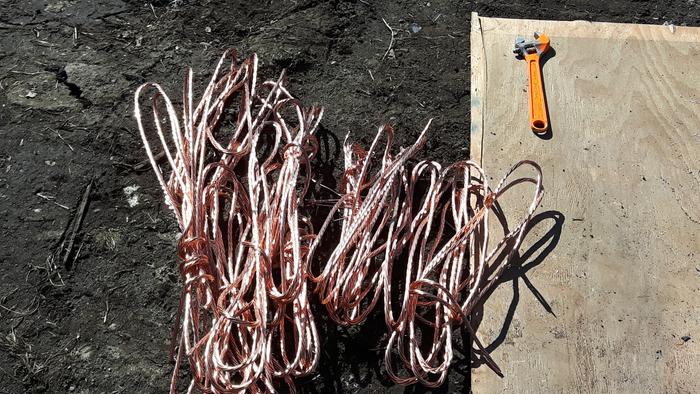 posted 2 years ago
As soon as I saw the subject line, I knew who had written this....
:D

posted 2 years ago
WANTS to be??? That's all I'm saying. You can't prove anything.


Argue for your limitations and they are yours forever.

Dale Hodgins
Posts: 9002
Location: Victoria British Columbia-Canada
670
posted 2 years ago
The closest I've ever come to being an actual stripper, was during what I considered to be a rather good rendition of The Doors song, Crawling King Snake. They had a mixture of caned music with some live musicians for the jam night at a place called Wastelands in Niagara Falls New York in approximately 1989. Part way into the song, an inebriated girl got up on stage and proceeded to engage in some dirty dancing with me. She really wanted the microphone, but she was in no condition for a duet. So instead she undid my shirt, to the pleasure of the audience, and got it half off, but not the side with the microphone in my hand. I let her work on the pants for a little while but put a stop to it before it went too far. She leaned over and I gave her a little hip check, toward her friends who dragged her off the stage and I finished my song, as I zipped up and got my arm back in the shirt. A good time was had by all.

Here's Jim
Doogie Colquhoun
Posts: 1
posted 2 years ago
I work at a cable/wire manufacturing plant.  We run everything from 14 AWG up to 4 aught solid and stranded wire through a nylon or metal die with a planer blade bolted to the top .  We can strip thousands of meters a day this way.  Granted this uses large let offs and motorized take ups but something similar could be used on smaller scale operations.    The smaller guages can be pulled and stripped by hand, particularly the solid conductors.