So I used that method on much of the lawn, but it was a real failure in terms of producing a healthy vegetable crop. Much of the tomatoes in one sheet mulch were sickly, beets are looking sickly in another...

On another bed I had just a raised pile of dirt, poor OM, and it produced much healthier looking beets.

Not saying sheet mulching is always bad or anything.

But I was under the impression that the 12 inches of OM I put on the lawn as sheet mulch would within a year make the soil under it... a little softer, a little better, you know? The earthworms would be your tillers... And they were in some beds! Loads of worms.. but where you have really urban compacted sod, even worms seem to struggle.

So far I'm in the process of turning many of my sheet mulch beds into huggles.

I have a small urban garden, and I want 5 star hotels for my veggies (huggles) not 3 star hotels (sheet mulching).

With huggles you get...
-No irrigation first year with some crops! (no irr squash doing great in NJ climate)
-A one time tillage as you break up the dirt, which wouldve taken 3+ years with cover crops
-An impressive, mighty looking thing
-People won't step on them as opposed to lower sheet mulch

So I feel, if you want to actually eat healthy vegetables the first year, either do a conventional garden, or do a huggle culture.

posted 10 years ago
I had the same problem in parts of my yard where there were rocks close under the surface of the soil.  On the other hand, in parts of the yard where the soil was already not too bad, with no rocks,  sheet mulch worked fine.  So success with sheet mulch seems to depend on the situation, in my opinion.

The rocky areas are slowly being transformed into hugel beds, and doing much better even than the "good soil" where I had used sheet mulch.

Posts: 7926
Location: Currently in Lake Stevens, WA. Home in Spokane
330
posted 10 years ago
If I had a sod lawn that I wanted to convert, I would rent a sod cutter.  Cut it all out, and flip it upside down as the first sheet.

It will take time for the mulch to become soil, regardless of methods and materials.
Calling it "instant", to me, is overly optimistic, wishful thinking. 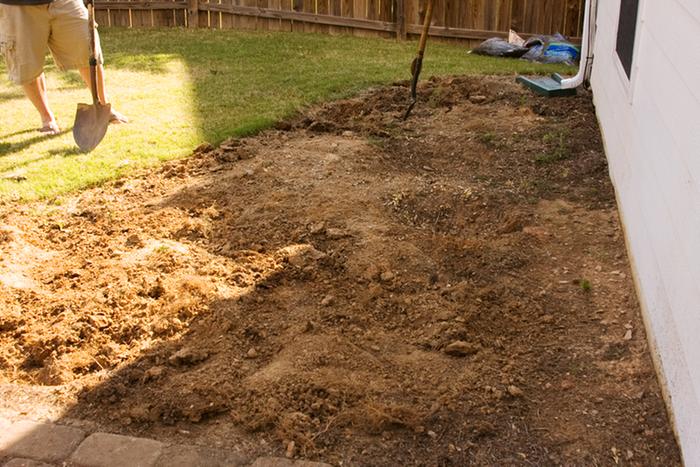 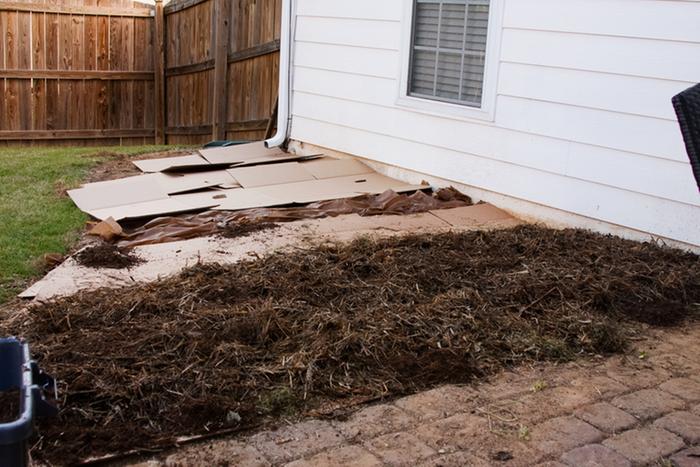 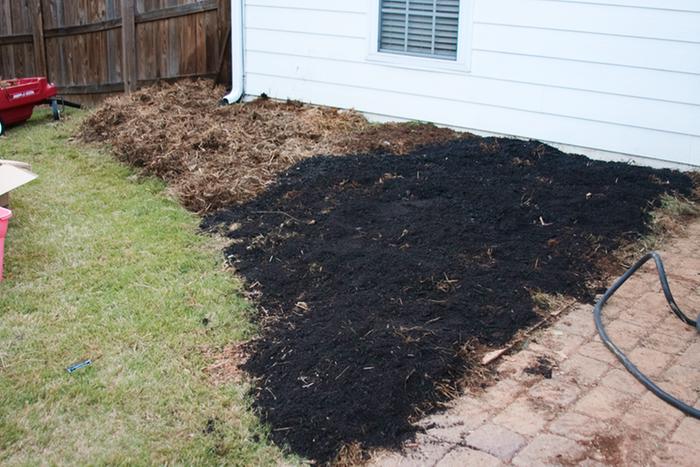 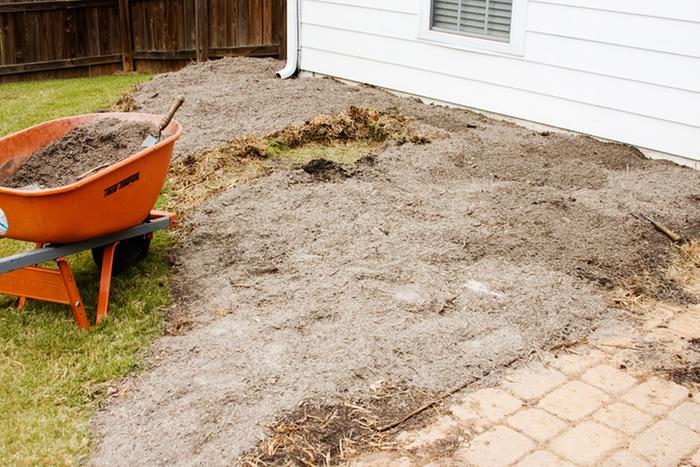 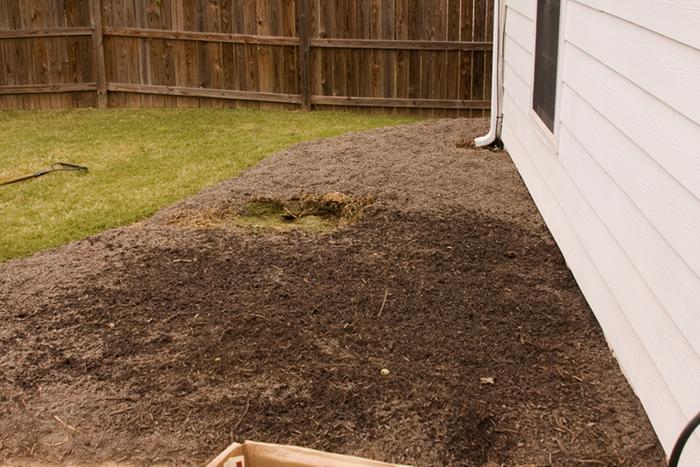 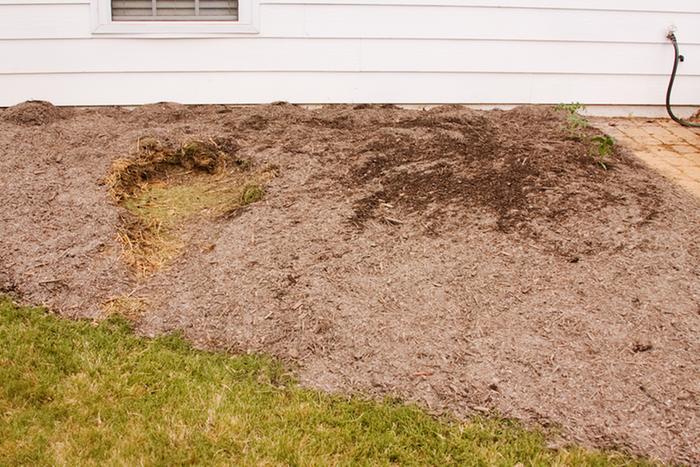 Charlie Michaels
Posts: 124
posted 10 years ago
Living wind, it looks like you had bare soil that you at least loosened up before putting down the sheet mulch. That could help enormously so the roots can penetrate deeper.

On my own side, I think 2 faults are, number one using wood chips in the sheet mulch, which, don't break down all nicely it seems, and number two, I have a strange feeling that the compost I was using had some kind of chemical residue.

I just wanted to say that sheet mulch is not the be-all end-all awesome approach that its hyped up to be; using "any kind of organic matter" you have on hand doesn't always work, and you could probably still benefit alot from a onetime tillage before doing it.

Charlie Michaels
Posts: 124
posted 10 years ago
Also another phenomena I've witnessed; once the sheet mulch decomposes into a compost like substance, its moisture retention ability seems to go down compared to the moisture retention of less-decomposed matter. You need a balence of decomposed stuff and partially decomposed stuff.
George Lee
Posts: 539
Location: Athens, GA/Sunset, SC
1
posted 10 years ago
I've done dozens and dozens of these configurations for clients and friends alike. I've never had an issue with moisture retention. If I were to dig 2inches into the topsoil a few months after everything has settled, I'll spot moisture of some sort (even on 100F + day here in the southeast) with adequate drainage (not too fast, not too slow).

Yeah, rough chips in the mix is not a great idea if you're trying to attain the 'instant' garden scenario. I'd actually just use rough/thick chips on pathways, with cardboard undernearth, and green chopped-up matter under that.

As you'll see from the photos I posted, I used many many layers. A few of the layers were extra-'sweet', comprised of decomposed grass clippings with dozens of worms, and molded hay complete with a myriad of worms as well and castings. The one in these pictures ended up being one of the most rich environments I've ever directly planted into.

The topsoil you see is a 'flower mix' which is sand content, horse manure, finished compost and a rock content for tons of minerals. Message me if you want some more ideas.

Jamie Jackson
Posts: 202
Location: Zone 5b - 6a, Missouri Ozarks
1
posted 10 years ago
What is huggles?  You are the only post on this forum that mentions that and a google search hasn't helped yet.

Help support my homestead by checking out the "Health and Garden/ The Essential Herbal Magazine" on our blog: www.MissouriHerbs.com

LivingWind wrote:
I'll spot moisture of some sort (even on 100F + day here in the southeast)

The southeast (US) is a pretty moist place compared to some other places I could mention!

Help support my homestead by checking out the "Health and Garden/ The Essential Herbal Magazine" on our blog: www.MissouriHerbs.com