Kelsey Bileen
Posts: 8
2
posted 2 years ago
Hello!
I am interested in making a dehydrated Stew Mix that could simply be boiled to reconstitute and be ready to go.

My goals are that it would be shelf stable for up to a year, and more or less nutritionally well rounded.

I am curious how to best incorporate proteins and fats appropriately. I assume there would be major problems trying to include meat in the mix, and it may require a special type of processing, or have to be below a certain fat level...Let know if there is appropriate way to actually do this. I wouldn't mind if I could vacuum seal it in a separate bag from the mixed veggies, and just keep the two bags together.

If meat is too complicated, I am thinking of using complimentary grains, perferably corn and beans. However, to just boil and go, I am wondering if I would need to cook, then dehydrate the corn and beans first?

I am looking to make meal packs for elderly folks living in hard conditions on the reservation in AZ and NM.

The foods I am interested in including are preferably somewhat regionally/culturally appropriate such as:

Corn
Beans
Squash
Onions
Garlic
Chili
Tomatoes
Herbs like Sage
Salt/Pepper
And if it's possible to include meat...
Mutton (lamb)
Wild game
Or maybe pork (but not my first pick)

Can anyone offer any experience or advice to help me get started?

1) Meat does not re-hydrate well. Vegetables do because their cell structure is designed to rapidly absorb water, but meat is completely different and no amount of tricks/tips will change that. Pressure cooking it before hand, soaking in brine etc.... is claimed to help by some, but I have tried it all and the results are "woody".

Another option for meat is instead of dehydrating it, you can freeze dry it (with a vacuum machine thing). That is how the big companies (like Mountain House) do it. It still doesn't rehydrate like fresh meat but it is a little less woody in texture.

2) Fat goes rancid and dehydrating doesn't change that so unless the meat/fat is frozen until used (for a backpacking trip or whatever) the animal fat really can't be considered shelf stable for a year. For dehydrating usually the leanest cuts of meat are used.  Yes there is purified lard and such that is shelf stable for years, and supposedly pemmican can last decades (fat/meat) but from a practical standpoint you would have to use very lean cuts of meat. And yes some people say beef jerky lasts a year or more and if you are eating it yourself fine, but when packaging it for others it is risky (especially with elders, their immune systems are often weaker and they can get really sick from small amounts of salmonella, e-coli etc...)

On a side note I personally do not like dehydrated potatoes much either. Have tried dehydrating them in different ways and they have a very rubbery texture, so that would be something to test out ahead of time.

Personally all things considered, I would look at a dried "soup mix in a jar"  mix with dehydrated veggies, grains, pasta, seasoning etc....kept in its original dry form until cooked/boiled. That could also be packaged in mylar if you prefer. Though if this is for emergencies/power outages choosing ingredients that don't have to be boiled for hours (i.e. not lentils or beans) might be something to consider, though beans can be cooked and dehydrated.

Using ingredients such as instant rice (or cook/dehydrate your own rice), pasta, instant mashed potatoes etc...would make for a thick soup base. Depending on how much time you want to spend, you could also look into dehydrating "soup bark" which is basically making a base/paste out of fat free bone broth, or beans, or whatever and then dehydrating it down until it is just dry pieces that shatter easily.

Soup Mix in a Jar Recipies 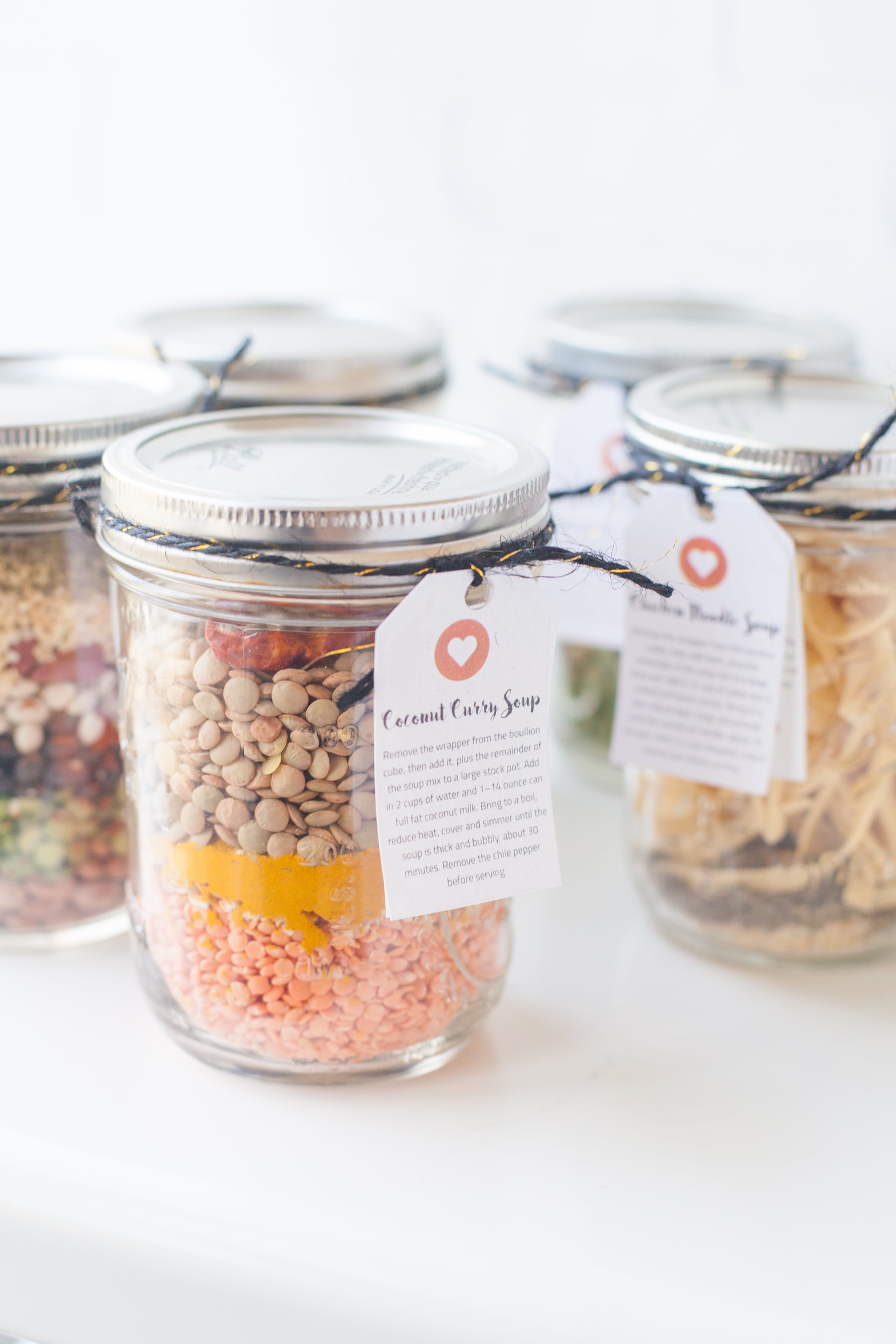 Here is a video on the historic method for making "portable soup" (aka dehydrated bone broth). If the instructions said boil the soup mix for 10 minutes before eating that would probably rule out most bacterial concerns.

Posts: 1869
Location: Cascades of Oregon
186
posted 2 years ago
I suggest at looking at some backpacking food sites for recipes. Yes you would need to cook before dehydratuion. My dehydrator is a large one I purchased from Cabella's. Freeze dryers ar pretty expensive. Harvest Right sells a home version. Jerky might be a consideration for meat but I'd keep it seperate from the veg's.

These are being made for a camping trip NOT for med-long term storage and mixing lots of dried ingredients does shorten the shelf life (one goes bad and they all go bad) but it provides more ideas. Plus some ingredients could be sealed in small mylar bags (large bags cut up).

posted 2 years ago
Excellent advice already provided so I'll just tell what works for me. I dehydrate spaghetti with meat & stews with meat for backpacking trips. No problem at all. As Lucrecia said low fat & low grease is key for good storage. The taste & texture is much better than commercially prepared backpack foods. Without the bathroom emergency after effects. I normally don't keep these 2 particular unused meals more than a couple months. I simply store the ingredients to make more. Spaghetti is still almost perfect a year later though. Stew not as good. If you really push the limits dehydrated & vacuum sealed spaghetti is still edible after 3 or 4 years in a hot car trunk. Not exactly tasty anymore.

Homemade bouillon (or even store bought) works very well with the soup or stew in a jar idea. Jerky is versatile too. Noticed pressure canning wasn't mentioned. Another good way to preserve meats.

Granola saves extremely well if not too much butter is used to make it. I use extra honey instead. Packs a lot of nutrition & energy into small packages.

Mike Barkley wrote:
Granola saves extremely well if not too much butter is used to make it. I use extra honey instead. Packs a lot of nutrition & energy into small packages.

For backpacking have you tried making Swiss Muesli?  Basically regular plain quick oats (rolled oats are already pressure cooked and flatted when you buy it so you can eat it right out of the container) with nuts/dried fruit in it.

It is really good especially with whole or evaporated milk. Something you might want to try as a snack if you haven't had it, it can be almost addictive.