+ Follow
139 Posts 19 Threads 29 Apples
since Jan 24, 2013
Merit Badge profile
I began wwoofing about 5 years ago: my first stop New Zealand. The second farm I visited trained me to take care of their farm for 2 days and I was left alone for the following 10 days to manage 3 large chicken paddocks, collect, wash, grade, and pack eggs, milk the house cow every day, feed the dogs and pigs, manage the gardens and cook for myself from the dry pantry and the garden. I was mostly overwhelmed by the reality that I'd have to cook from scratch, and although it took me three tries, I learned how to make bread, kombucha and a host of other things by trial and error and fell in love with the homesteading life I have since wwoofed on 16 more farms all over the world while working seasonally for the National Park Service as a wilderness ranger and trail crew worker. My boyfriend and I discovered Permies and Paul's podcasts last winter and listnened to about 100 of them as we hiked 800 miles along the Arizona Trail. We are totally gung ho and are saving our money/living like paupers to buy land as soon as we can to begin!
montana
crosscutsandcastirons.wordpress.com
Apples and Likes
Apples
Total received
29
In last 30 days
0
Total given
0
Likes
Total received
156
Received in last 30 days
0
Total given
87
Given in last 30 days
0
Forums and Threads
Scavenger Hunt

Vermicompost texture question
We have a large wooden indoor bin and have had the same experience with clumpy finished castings. What if we installed something like a computer fam for further aeration?
show more
8 months ago
soil 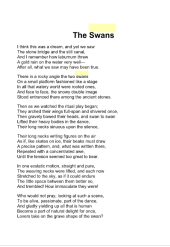 Looking for a reading for our wedding ceremony that sums up the vision of permaculture
well, there will actually be 25 pies, mostly made with wild alaskan blueberries. Even better!
show more
5 years ago
permaculture artisans

Looking for a reading for our wedding ceremony that sums up the vision of permaculture
Thank you! Your suggestions have led me down a lovely path of discovery.
show more
5 years ago
permaculture artisans

Rocket Mass Brooder
I wish I had some better photos, but we were in such a rush when we built it, I am amazed I managed to snap a few. So, when our chicks arrived at 2 weeks old, they did wonderfully in the brooder, even with a couple of freezing nights. We could heat the mass up in the brooder with a good 30 minutes of burn time, and it would remain warm for several hours. With the heat of 100 little birds in an insulated box, they stayed plenty warm. I am convinced now that if we were to make a hay-box brooder the heat from the animals themselves may have been enough to keep them warm. It doesn't hurt to have the added benefit of warming up a nice mass for them.

To answer a few questions I saw...

We did not have a problem with the chicken scratching. They did scratch, but they didn't do enough damage to even get near to exposing a too-hot spot.

We also regulated temperature by keeping a nice exposed air gap in the lid. So the end with the mass was covered with an insulated lid, while the cool side was not covered and had fresh air. We burned the heater for the first week but once they were 3 weeks old we found we didn't need to burn the heater as often.

We will be getting 100 more chicks this coming friday and will stick them in the brooder from Day 1, so can share more insight in the coming weeks. Hope this helps!

We think that there are many options for a rocket mass brooder. This is just what we came up with, with limited time and finances.
show more
6 years ago
rocket stoves

Rocket Mass Brooder
As you can see from photos above, Tony made a 6-inch cardboard form. We did not use any firebrick. From the photos below, you can see that we also managed to build a quick pole shed to protect the brooder from rain.
show more
6 years ago
rocket stoves

Rocket Mass Brooder
Ok. I have a few minutes to spare so I will share some photos and a description of our "Rocket Mass Brooder version 0.7" experiment. Tony and I knew we would be moving to Mastodon Valley Farm around May 3, and had a batch of 100 Freedom Ranger chicks arriving on May 8. We also knew we wouldn't have electricity. So we did a little research and learned about "hay-box brooders" or using kerosene lanterns. At first we thought we'd try building a "hay-box" but still wondered where we'd get a heat source. Hot rocks? Hot water bottles? After spending last winter in the rocket mass heater tipi, I began to imagine a Rocket Mass Brooder. In my first imaginings, I thought we could build a structure made entirely of cob, so essentially build a round cob basin that would have ducting in the walls, and would return to the barrel and exhaust from there. But then we thought it would be good to have a cool area as well, instead of encircling the entire enclosure with warmth. We also had limited time, so we decided not to build a 25 square foot cob basin, and instead opted for a quick wooden insulated box. There is a sawmill on the property and plenty of scrap wood so we slapped together a wooden box and attached some purple insulation that was lying around with a R4-R5 insulation value.

At first, we also wanted to build the Rocket Mass Heater core with 4 inch ducting. We though this would make the project quicker, and would provide sufficient heat for the chickens. We even spent a day searching for a smaller steel barrel. But after contacting Erica, we felt we better not waste time tinkering with a less optimal system. But we did go with 6 inches. We felt 8 inches would be too big of a mass.

We then decided we would send the ducting through one end of the box to create a warm mass on one end of the 8 ft by 4 ft box and leave plenty of space for a cool end. We did debate whether or not we should have the ducting return back to the barrel so that the exhaust would be heated up by the barrel, but with trying to keep materials cost down, and wanting the exhaust to be as far away from us as possible, we decided on sending the ducting through the box once, from the core out to the other side and up. This still left a giant mass for the birds. We filled the bottom 4 inches with perlite, then set the ducting on top and surrounded it with another 4-5 inches of thermal cob.

We also decided to build the core entirely out of cob (heavy on perlite for the burn tunnel and heat riser). Unfortunately, we were in such a hurry that the manifold and heat riser collapses on us the night before the chicks were to arrive. But we decided to buy two more pieces of stove-pipe that was filled with perlite-cob to replace our heat riser and after a week or so of burning the heater, it was dry and ready for our chicks!

OK, I will add some pictures now:

Rocket Mass Brooder
Hello. I plan to add photos and data soon to share with you our experience with our rocket mass brooder. We will let you know how well it has worked. we are also getting a 2nd batch of 100 chicks 6 days from now. as soon as I have a chance I will update this thread.