We are constructing such a home next year and we are looking to figure out how much insulation will be required where, how much ventilation is required, overhang required, etc ... Lots of stuff go into one of these homes for sure.

Currently using WUFI Passive and THERM for the bulk of estimations, not looking for certification but rather just a way to accurately model choices we make to our  model. But without an actual house to compare it to it will likely be hard to model accurately.

To drone, RTK, both, or break out the paper and pencil?

M+ is the rover, it is connected to your phones hot spot, the M+ is also configured to get NTRIP connections. The NTRIP sends corrections from CORS stations which act as the Base in this case.

You walk around with a survey pole with your M+ attached. When you get to a point you want to capture you stop, get the survey pole level, then collect the data point with the Emlid app.
show more
1 year ago
permaculture design

To drone, RTK, both, or break out the paper and pencil?
Brian I went back and edited my post a little to add links and fix the spelling mistake you found ;)

The M+ and RS+ are both single band devices and cannot talk with the M2 / RS2 devices which are multi-band if I recall correctly (you might be able to disable the multi-band of the M2/RS2 to only use GPS but it would defeat the point of having it).

NTRIP is used with a single device to get your known point using local CORS station data but has a max range of 30km for the M+/RS+ and 100km for the M2/RS2 ... the further you are away the longer it might be to get a "fixed" solution ... and if in the woods it could be harder ... both will give you cm accuracy (max 7mm for the M2 / RS2 series ... NTRIP might not be free though.

Emlid M2 as base + NTRIP over cellular hot spot will give you the location of the M2 in real time with ~7mm accuracy.
show more
1 year ago
permaculture design

To drone, RTK, both, or break out the paper and pencil?

Brian Cady wrote:
Burton, I'm interested in how those Emlid M2's have worked out. Have you been able to use RTK correction from them via wifi in a cell phone, or do you use one Emlid M2 as rover and one as base?
Brian
-

If by cell phone wifi you mean NTRIP corrections I have not. My phone, and my wifes phone, cannot act as a hot spot but I am not sure it would work as well as the method I am using now where I use one as a base and one as a rover. The two of them plus the LORA radios combined was still less than the cost of a complete RS2 unit and it is pretty easy to make an enclosure for the M2's using PVC.

To establish my own "known point" on the property I found a spot which was visible to most of the property and setup the base station letting it run for a good 8 hours. I then collected this data and downloaded the local CORS ( https://geodesy.noaa.gov/CORS/data.shtml ) station data for the same time frame 17 miles away. Using RTKCONV I processed the Base station data then used RTKPOST with the CORS  station set as the Base and the "Base station" set as the Rover.

This produced several charts and graphs which told me my location for the "known point" within 3 cm square (about 1 inch). I copied the location provided and now when I "setup" over the "known point" I manually enter this as the location of the base station. So long as I have line of site to the base station from the rover I always have a "fixed" solution. If I don't then sometimes I have to wait a minute or two to get my location.

Just for fun I did try to upload my data to OPUS ( https://geodesy.noaa.gov/OPUS/ ) , the new method using the gravity based geoid, to compare but it was rejected every time. OPUS only accepts L1/L2 right now ... which is kind of odd given the accuracy of those are subpar compared to L3-L5 satellites. I think the accuracy I get with the Emlid M2's was worth the cost for sure.

GENERAL UPDATE:
My mapping rig for ODM (open drone map) somehow developed an unknown issue where it would no longer process a full set of data ... even previous dataset would fail at a specific point in the process. I have been trying to reconstruct it and document it this time so I can get processing again as I have a dataset from two weeks ago ready to go and it is over 1500 pictures :D

If there is interest I can post my whole process here.

Edited:
added links to some odd acronyms used above.

show more
1 year ago
permaculture design
Autodesk revit for thermal modeling?
My wife and I are in the process of designing our passive solar house and being a tech guy I have been seeking solutions to be able to do energy audits and more specifically thermal modeling. I am not an architect but know a bit about passive solar design.

We are debating getting autodesk's revit product to do our plans so we can use it, or a plugin with it, to generate a thermal model as a proof of concept before we even start work.

Are there any architects or engineers who could recommend a product which might meet our needs? It would be really cool to "model" a lot of "alternative" structures using applications like this as well.
show more
1 year ago
passive solar 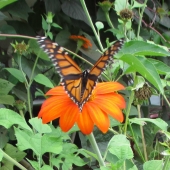 To drone, RTK, both, or break out the paper and pencil?
Updates:
I have since flown 4 drone missions using my phantom 4 pro v2.0 at 150-160ft elevation from the takeoff point with a 70% overlapping pattern on several different occasions while at the property. This effectively provided for a 63% overlap in images with about a .5in/pixel resolution before the photos are processed. I have been using pix4dcapture on a samsung s4 tablet for the missions and given the size of the property I had to split the property in half to ensure the battery didn't run out. These images are then post processed using open drone map (ODM) where they are stitched together into one large image where each pixel is equal to 1 inch. This is then imported into my QGIS project for the property to view it as opening it with an image viewer would either crash the viewer or refuse to open because of size constraints.

The above missions were done without ground control points (GCPs) as I did not have the means to do them accurately enough where they would make a difference. This means the images are all "off" from one another and from reality but they are "close enough" to use for planning purposes.

Since these missions however I have acquired a set of Emlid M2's with LORA antennas and have started to use it with my planning process as the accuracy it provides between the base unit and the rover is 1mm over a km, and the base unit is accurate within a 3 cm square on my property in coordinate space. This is really a different topic as to how I did this but simply put I can now create GCPs and this means I can re-run the previous imagery using the new GCPs which would make them all line up with each other ... this assuming I use visible features (like rocks or stumps)

So this is where I am at right now ... I have not created any DEM models from the drone footage as they would all be "off" from reality and I was waiting to get some GCPs in place before taking the effort to convert the LAZ output from the ODM into something I could then generate a contour / hydrology / slope map from. If all goes well I plan on capturing GCPs this weekend and running another drone mission to capture changes since the last time I flew one about 3 weeks ago.

I have included four areas of interest showing the changes over time from the previous missions.

Pond construction on ledge?
Sorry S Bengi it seems I didn't communicate properly or I am simply not understanding your response. I will try again.

My interest in making this post was procedures to install a dam on bedrock / ledge since normally the keyway would be "keyed" into existing soil and not resting on bedrock.

I have attached two rough concept ideas on top of an orthophoto I created along side a soil type / contour / hydrologic map I also created to give some context. The pink area in this image likely has soil depths to 15 ft where as the white is about 2ft. For scale the access road shown is 15 ft in width and each contour line is a 5ft drop in elevation

Details better explained.
We have water running year round in this area of the property.
The soil where water has historically ran is at least 15ft deep before hitting something sold.
Therefor the area were we have water will be 15ft deep or greater.
The area outside this is about 2ft to ledge.
I have not dug any test pits to confirm the depth of the soil in the desired location of the pond.

The length of the dam if done as single contour is about 300 ft. At the furthest end of the dam the water would be 3ft above native grade.

Pond construction on ledge?
Short:
We want to install a contour dam where it is 2ft to ledge and are wondering about processes and considerations when doing this.

Details:
We have a potential for an always full .5-.7acer pond where wetlands overflow onto the property. The plan is to construct a pond with a contour dam at this location which would be toward the top elevation of the property. The issue being ledge is often found 1-2ft below the "soil" outside where water has traditionally traveled. If water historically flowed in a given area then the depth to ledge is over 15ft (we have verified this using a hydrology map I created for the property to find where the water currently flows and digging a shallow well where three flows converge).

I have been told glaciers formed the land where our property resides so the ledge is close to the surface, and we have lots of gravel on site.

I have also been debating just digging as deep as I can where the water naturally flows and put in rocks (which our future farm grows everywhere) and handling the overflow as a constant flow of water ... basically a series of "swirl" or "sediment" ponds if you will. The ground here holds water for weeks after a rain but I haven't tested it for clay content yet.
show more
1 year ago
earthworks