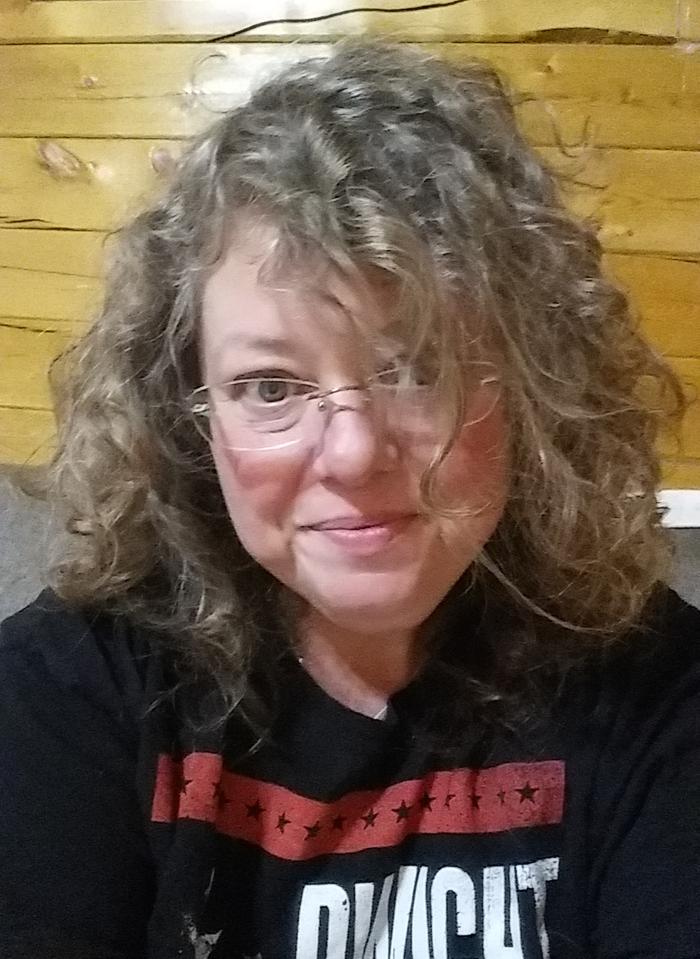 A Christian & devoted Patriot, wife, soap maker, herbalist, formerly a homeschooler, baker, truck driver, and more. I was born in the South, but actually grew up around the Great Lakes. Both of my families had big, lush gardens,& preserved everything they could for the winter. I carried that into my own life. But, change happens and for over a decade, it just wasn't an option. Now, retired in the Ozarks, on 29 heavily wooded acres of mostly ravines, our best crops are nearly inaccessible wild blackberries, rocks, wild herbs, and ticks. We're utilizing our burgeoning small-livestock collection, straw bales, raised beds, and containers to build soil, and a better, healthier life for ourselves and our beloved critters, who provide us with eggs, meat, milk, fiber, fertilizer, tick control, loads of entertainment, and even help turn the compost.
Apples and Likes
Apples
Total received
1097
In last 30 days
30
Total given
4222
Likes
Total received
5519
Received in last 30 days
120
Total given
25952
Given in last 30 days
956
Forums and Threads

What is it.... the game! Post unknown objects to ID... and to stump others!
Is it a green bean 'frencher'? Or a salt grinder?
show more
23 hours ago
recycling 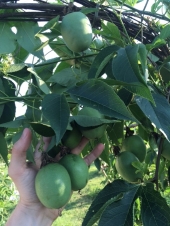 maypop shoots for sale or trade
Awesome! How would you pack them, to ship?
show more
1 day ago
resources: seeds, plants, honey, consulting, etc.

maypop shoots for sale or trade
Are they perennial in this climate? (I'm also in the 6b MO Ozarks, but a ways from you, I think)
And how do you use the fruits?
Did they flower a lot?
show more
1 day ago
resources: seeds, plants, honey, consulting, etc.

What is it.... the game! Post unknown objects to ID... and to stump others!
Woodstove damper lever?
show more
2 days ago
recycling
3 Jacobs sheep fleeces for a summer project... what should I do? A sleeping pad?

Any idea how i would judge how much raw wool I might need? I'm thinking of a single bed size. I like the idea of potentially making up layers and then fastening them together. You mention 3, 1" thick layers - roughly what finished thickness might this give?

Much will depend on how tightly you felt it, but each 3 layer bit will end up maybe 1/4 - 1/2" thick. By a single, are you talking about a twin-size? That would require the least, by far. The type of wool might make a little bit of difference (different breeds make for different levels of loft, ticks, size of fleece, coarseness, etc), but it's hard to tell exactly how much. But, I'll be teaching a small (about 7 people?) community felting project, planned for September, in which we will be making a pair of slippers for each person. They should be about 1/4 - 1/2" thick, and we will be using a single Shetland fleece, which we will first skirt, clean, and card. If I were to take a guess on an extrapolation, based on that (which is truly about the best I'll be able to do, at this point), I'd guess your 3 fleeces might get you roughly about a 1" thick twin size (38x75") pad. Just remember it feels like a barely educated guess, on my part, lol.
show more
3 days ago
animal fibers
3 Jacobs sheep fleeces for a summer project... what should I do? A sleeping pad?
How much you'll need will depend on how big you want/ need it to be, and how thick you want it. A felted mattress should be a great summer project. I've not attempted anything so large as that, but I've done enough wet felting to know how I personally would begin - and summer is when I'd begin. But, you'll need to at least clean it, because, well... raw wool is rather aromatic, and likely full of bugs and debris. Then, card the fiber into bats (essentially sheets of fluffy fiber, small enough to handle, with the fibers all running the same direction), to prevent it from being lumpy.

I would find a flat sheet for the size bed I'd want, and spread it out flat, on the ground, in the shade (so you're cooler, and the water doesn't evaporate too quickly). I'd then lay the bats out in at least three 1" light, fluffy layers. In each layer, the fiber should all be running the same direction, but the next layer should run perpendicular to the one before it. So, if the fibers in your first layer run north/ south, the next layer should run east/ west, and so on. The next thing would be to spray it down with hot, soapy water, and gently walk around on it, barefoot, until the fibers mat together enough to hold onto one another. Depending on the size of the mattress, this could take a few hours, just to ensure it all clings, well. Then, I'd rinse all the soapy water from it, walk on it a bit more, to try to squeeze as much water out as possible, and drag it (still on the sheet) into the sun to dry.

If you're going to make it very thick, it might be best to make several of these, then tie-quilt them together (basically just tieing a heavy thread through what will temporarily be the blankets, about every 10") for easier management, until you have it the thickness you want. Other advantages to doing this in several blankets is that it will dry faster, than all in one large go, plus, if you change your mind, you'll still have some nice warm blankets to use &/or gift!

Burra Maluca wrote:I love it because the plates drip straight into the sink - no need to dry them, or have a clear bit of draining board organised, or move even one step to put them away.

Final designs are a way off for the new place as there's still so much work to do.

Exactly my thought, about the rack. I'm ALL about reducing work! If it can be done beautifully, all the better. Can't wait to see pics of how it all comes together, for you! :D
show more
4 days ago
recycling

Rescuing an old marble kitchen sink
I wonder if you could fit it with a removable wooden rack, over one side, hanging above, or even part of one side? Maybe bamboo, teak, or olivewood? Something like this, maybe - but with the rides/slats closer together? https://www.etsy.com/listing/989821283/wall-mounted-organizer-wooden-wall?ga_order=most_relevant&ga_search_type=all&ga_view_type=gallery&ga_search_query=wall+mounted+wood+drying+rack&ref=sc_gallery-1-2&plkey=4707eec1f9bf700b7ca42eacc3daee396e8398e6%3A989821283&frs=1&col=1
show more
4 days ago
recycling