Recent posts by A. Soto

Has it been considered to post these podcasts on YouTube for more syndication?
show more
4 years ago
paul wheaton's permaculture podcasts
Patreon
Hello!

Paul, I've been a passing fan of yours ever since I saw your 2013 Keynote on YouTube and the video concerning CFLs. I'd like to thank you and everyone involved here (for that matter, involved in Permaculture in its entirety) for bringing these new and interesting ideas out to the world.

I've been a user of Patreon for a little while. You've probably been told this before, and I just hadn't been able to find the conversation/thread about it, but I want you to know that Patreon can be used in a more "passive" sense than feeling the need to satisfy an audience, even though some people do it that way.

People such as myself who may not be currently involved, but still want to donate money to what they see is a good cause, would be happy just giving a "tip" to whatever it is they like on the internet. Patreon is no different. It is essentially a donation box, a hat on the floor a street musician uses to collect some loose change. Of course, Patreon is a much bigger hat and thus could make you a lot more money than a local street.

But my point is this: nobody who is freely giving their money away should feel like they are owed a service. I give somewhere between $15-$20 a month in total to all kinds of stuff on Patreon just because I like that stuff. I'm not expecting anything in return. And I think that's how it should be.

Should you decide to stop doing Permaculture entirely and stop making videos on YouTube, I will be sad and maybe stop giving you the dollar-a-month I just Pledged

But I'm not about to raise hell about it. You do what you want with your life, and if I think what you're doing should be funded I'll gladly pitch in. I'm not even expecting a "thank you", even though it would be nice

P.S. - if people got mad that I stopped producing content on Patreon, I'd simply tell them, "okay, then stop giving me money and go away!" I don't understand the entitlement complex of some of these people.
P.S.S. - It may be good to drum up some advertising about your Patreon Page on places like Facebook and YouTube. Your current turnout can be a lot better!

https://www.patreon.com/paulwheaton
https://www.facebook.com/PaulWheatonFans/
https://www.youtube.com/channel/UCsakAmIBPWSKOQrnuOXIsjA (I think with enough Subscribers you can get a more unique URL for your channel, btw)
show more
4 years ago
tinkering with this site

The Kobe Treatment
I was watching a video on Kobe Beef production, and I noticed that there is an emphasis on luxury ethical treatment.

For instance, the cows receive daily massages and are fed high-quality meals consisting of ground apples and other fruit. They are also fed beer.
The treatment these cows receive contribute to the overall quality of the resulting beef. There appears to be a noticeable difference in the quality in comparison to non-Kobe. This is, of course, also thanks to the genetic inheritance Wagyu have in comparison to Angus and other breeds, but the value of their treatment in life is not to be understated.

So I was wondering, from your experience, does the treatment of your cattle have a positive effect on the quality of your beef? Perhaps, also, the milk that is produced?

I can only think it would be a benefit for cattle to receive such treatment. Of course, there is a cost to it. That's also why Kobe is incredibly expensive. So, perhaps, you may be able to get more money for your beef from your local buyers.

Here's the video, for reference: 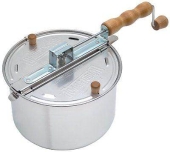 Hand-Crank Stovetop Popcorn Maker
Thank you all for your advice! Some interesting alternatives, here.
show more
6 years ago
cooking

I'm considering getting my hands on a stovetop popcorn maker, such as this one: 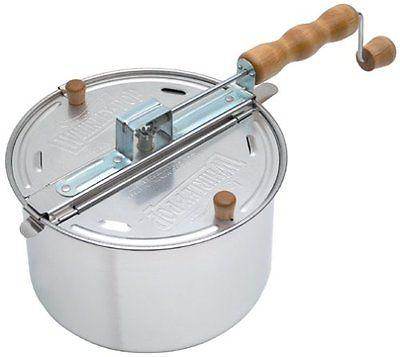 In order to avoid using an electric appliance and such. I also have the idea of growing my own small batch of corn and dedicating a small portion of it to popcorn production(I really love popcorn), but that's beside the point.


Anyway I was wondering if there are other uses I can make from cookware such as this? At first glance it seems like an ordinary pot, and if the crank portion makes the only true difference from an ordinary pot, then I imagine it can be used with other vegetables or something.

It's more of a low-priority thought, but I am curious.
show more
6 years ago
cooking

The video is of very high quality.

And I like the fly-in coop idea.
show more
6 years ago
geoff lawton
raccoon injured my hen
I hope things turned out for the better with your hen

Su Ba wrote:Wow, according to the Florida regulations, you will have sell a LOT of eggs just to cover your annuals fees & permits and other costs. Small egg producers will be forced to sell illegally.

Although the regulations are a bit different here in Hawaii, small producers cannot legally sell their eggs here either. There are lots of people selling 5-15 dozen eggs a week, but sales are kept low key. At the farmers markets whenever the health inspector is spied, the word travels fast. Things disappear under tables - eggs, honey, jams, cheese, macnuts, dried fish, other food items. Our county requires that eggs be graded. Since there is no USDA grader on the island, all sales are thus illegal. Go figure.

Over here we tend to be "outlaws" and sell our farm produce anyway. The government is not very friendly to the small producer.

Oh, don't worry. I don't intend to live in FL for very long.

Yeah, I see your point about regulations. USDA and FDA abuses exist pretty much everywhere in this country, and only the farmers really know what's going on, which has to stop.

If two consenting, law-abiding people want to exchange goods and services, why does the government have to stick its nose and money bag into it? I can understand if you're a big farmer, selling thousands of dozens per month or something. But locally, with neighbors, etc., it's just ridiculous.
show more
7 years ago
chickens

Earth Bag vs Monolithic vs Cob

How wild-fire proof do you want/need it to be?

Will you need/want to collect rain water for drinking/irrigation?

Cob and earthbag shouldn't be true domes outside the desert, but a round house with traditional roof.

Cob really needs time to dry before a hard freeze--so you will have a really short building season in some of the places you listed.

Cob and Earthbag both need proper soil mixes (although earthbag has a wider range of allowable mixes) and if you don't have the right clay/sand mix onsite, it can get really expensive really quick.

Don't forget the foundation!!! If you can do a rubble trench, great--but if you need a full concrete foundation you will use more concrete for just a cob or earthbag foundation than the whole monolithic dome. The thick foundation walls for cob, earthbag, or rammed earth are really prohibitive if you have to do them in concrete.

I'd like it to be very wildfire-proof. Hurricane/Tornado proof, Tremor resistant.

Yes, rainwater will be a function either attached to the house or established closeby.

Why should they not be true domes? Curious...