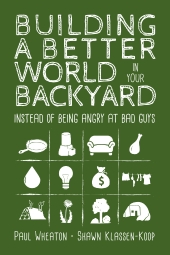 One general question I have about the book is what will the "language rating" be? I'm used to reading the website, but I know it would definately be a factor for ones I might want to gift a link to.
show more
1 year ago
crowdfunding 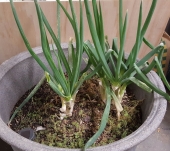 Killer Salad
That is so encouraging to hear!

I have been starting to come up with parts of ideas for trying to grow more next winter.  Right now I have a container of beet greens and a small tray of baby lettuce in the one window with good sun.  Cant wait to see your set up!
show more
1 year ago
plants
Plants that you grow with Special Memories
Good sentimental or bad? 😀

I still twitch when I see phlox.  My mom was big on ornamental flowers, but didnt like the weeding part to keep up the look.  Many a punishment involved weeding and I particularly hated weeding phlox.  It looked like a weed most of the year anyway so it all seemed pointless.  Then I had the evil thought to pull part of it up "accidently" and claim I thought it was a weed. That did NOT end well. 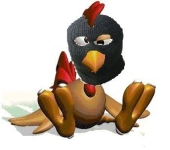 Anyone making chicken balaclavas out there?

Mike Jay wrote:I don't know...  But I guess that could be part of how it could be a million dollar idea.  Figure out how to keep it in place and make sure it helps more than it hurts.
I'm imagining something that you'd install from behind the rooster's head, first covering the comb.  Then it wraps around the head, waddles and upper neck and zips/velcros up the front under his beak.  So the comb part would be like a pita pocket.
If you put it on at dusk, maybe he wouldn't kick it off right away.  Then in the morning he may realize how cool he looks and try to keep it on.  Or I'm just being silly.
My rooster eats out of my hand, maybe not all roosters are that cordial.

If it is to protect the comb and the wattles, it has to cover the comb and the wattles and have some sort of elastic under the chin, which might make swallowing difficult?
I giggle thinking of trying to sneak behind my rooster in the middle of the night to slip one of those on him. I'm also a bit worried as to how the other chickens would react. They do pick at anything abnormal in their environment and they are not beyond killing and eating one of their own [!] I've seen it even in young chicks. One had a deformed leg... they ate it [the whole chick, not just the leg] ;-)


But if you could add a little elastic band to stay on and maybe cat ears or something just to be a sarcastic bird, it would be perfect! Maybe add comb and wattles  to it which could turn into quite the interesting cycle...

Anyone making chicken balaclavas out there?

Dustin Rhodes wrote:My first reaction on reading the title of this thread was: "wow, that sounds REALLY gross..."  but then I realized you were talking about the headgear, and not the dessert - much better.

But if you did it with spinach and feta, skip all the sugar syrup it would be like a spanakopita.  Which would be excellent!
show more
1 year ago
animal fibers

Anyone making chicken balaclavas out there?
I have done this in the past and the cat food definately seems to make a difference even more than the dog food.  They steal both at any opportunity. I would be happy to see them with any feathers at this point! Been threatening to glue the hair from my always shedding german shepherd to them. Molting in February🙄
show more
1 year ago
animal fibers

February promotions!
Even Pearl's corgi looks happy about the promotions!

Anyone making chicken balaclavas out there?
I have two hens molting as well. Great idea for the lard. I cooked oatmeal that someone gave me in a bag of bird scraps and added some random scraps.  Yhey seemed to enjoy a warm meal.  I have been giving mine handfuls of meow mix as a treat.  They usually chase the cat and take hers but I wanted to make sure everyone got plenty of calories.

If I could get them in hoodies, I'd be set!
show more
1 year ago
animal fibers 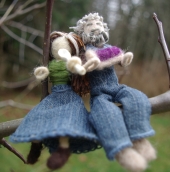 You have amazing talent Nicole!
show more
1 year ago
natural fibers and materials 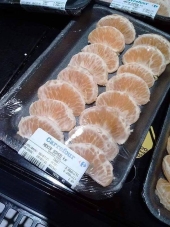 Attack of the Plastic Monster
I was reading this and nodding along and then realize I am sitting here with my Individually wrapped reese's cups.  A hypocrite with a face stuffed with chocolate and peanut butter. The break out on my face will serve me right.

It seems like there is always something else I need to fix in my habits. Some days it just feels discouraging and overwhelming like I will never get my act together.
show more
1 year ago
toxic gick